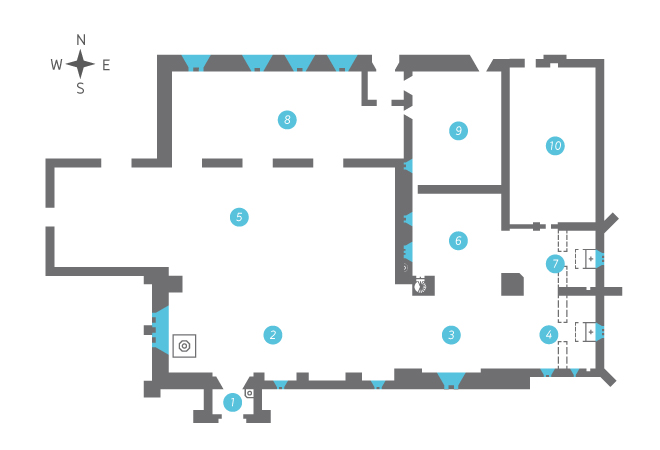 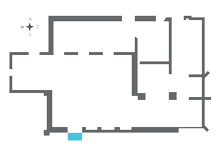 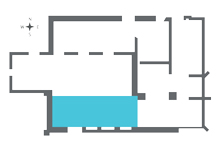 The area on either side of the nave or chancel

This area is separated from the nave through an arcade (a row of arches and columns).
Aisles often housed side altars and were used for liturgical processions

View details: Prior to extensive renovations in 1856, the southern aisle was originally the nave the church. 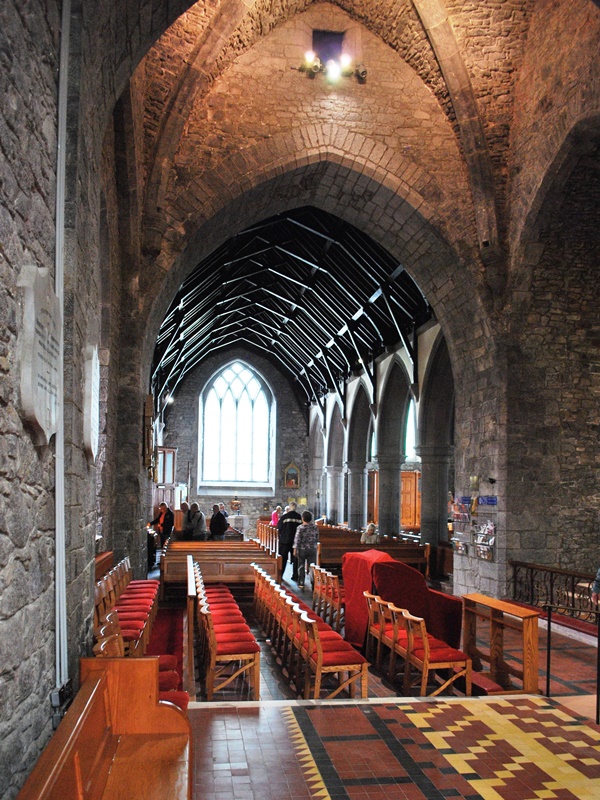 View details: The holy water stoup or font is located to the left of the entrance. 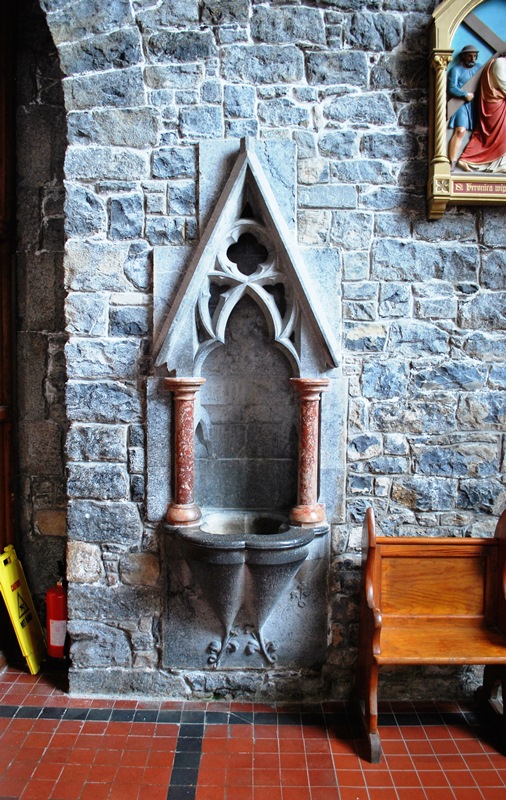 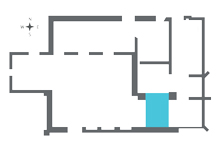 View details: The medieval tower was originally had originally been a central part of the building over the chancel. However,following 19th century renovations, the chancel was moved and the nave became the south aisle. 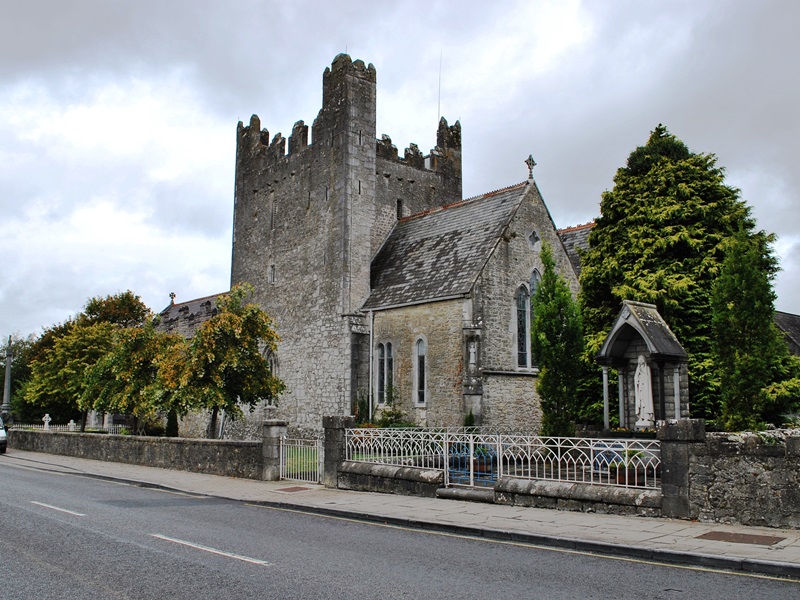 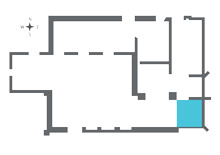 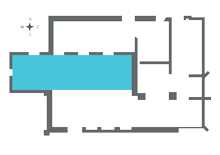 Located in the western part of the church, the nave was where congregations gathered to hear sermons preached and to attend Mass. In Cistercian churches, the nave was the site of the Laybrothers’ Choir, the area in which those members of the community charged with manual work attended Mass and an abbreviated form of the Divine Office at the beginning and the end of their day’s work

View details: The circular columns and pointed arches were added to the southern replaced the northern nave wall. 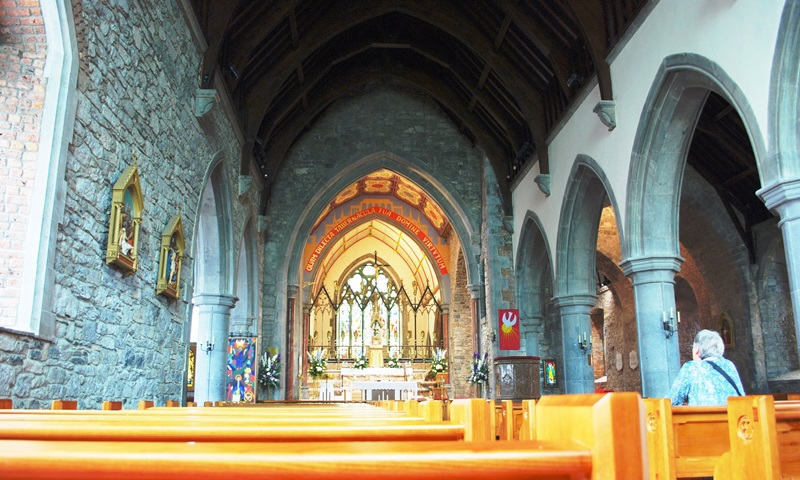 View details: The two arches on the left divide the nave from the northern aisle, added to the church in 1856. 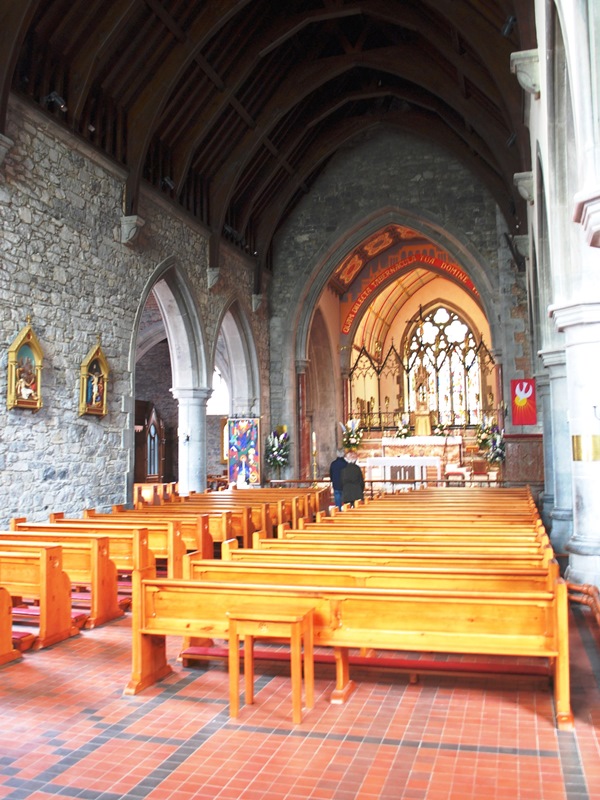 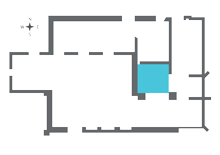 Situated at the east end of the church and separated from the nave by a wooden or stone screen (cancellus), the chancel was the area reserved to the members of the religious community. At its west end were the choir stalls where the community gathered for the daily celebration of the Divine Office. At the east end of the chancel, underneath the principal window stood the High Altar and the sedilia or ornamental seats for the clergy officiating at Mass. This part of the chancel was also known as the presbytery

View details: The chancel had originally been 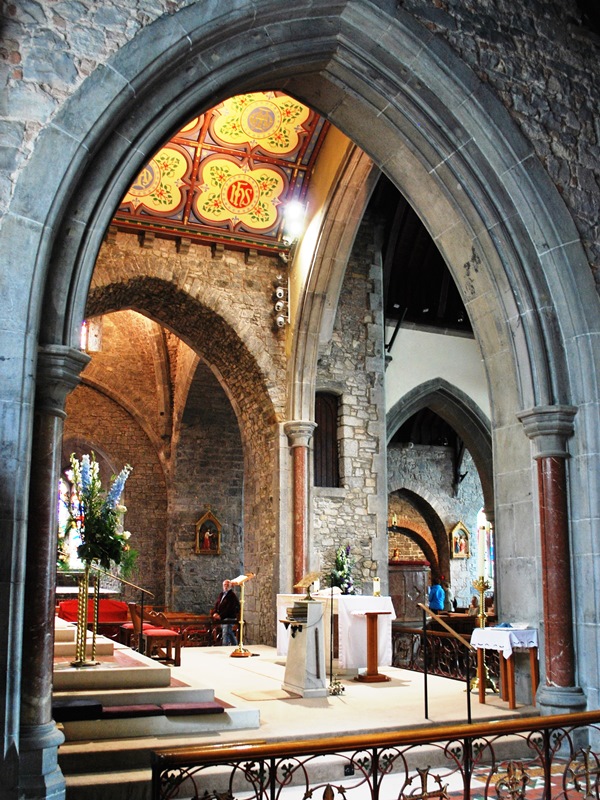 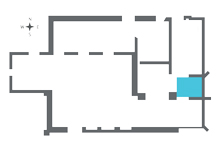 View details: The Lady Chapel was added by the 3rd earl of Dunraven between 1852-4 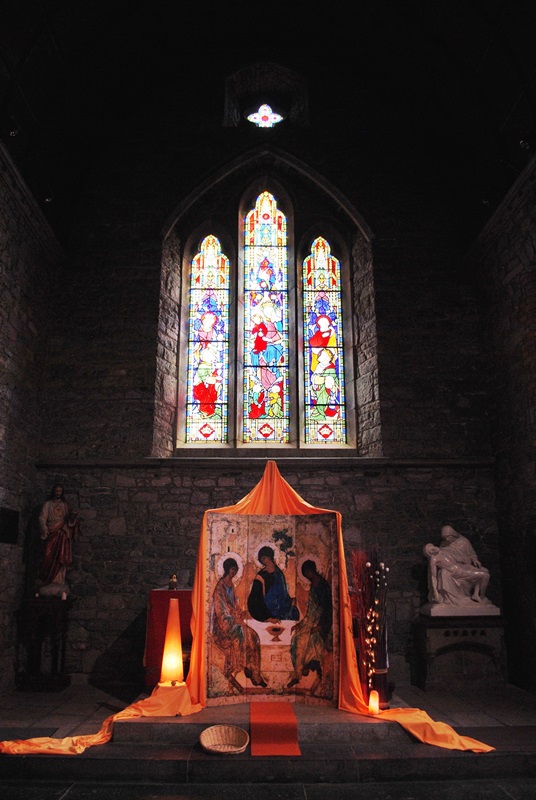 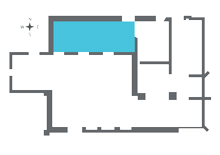 View details: The northern aisle added to the church in 1856. 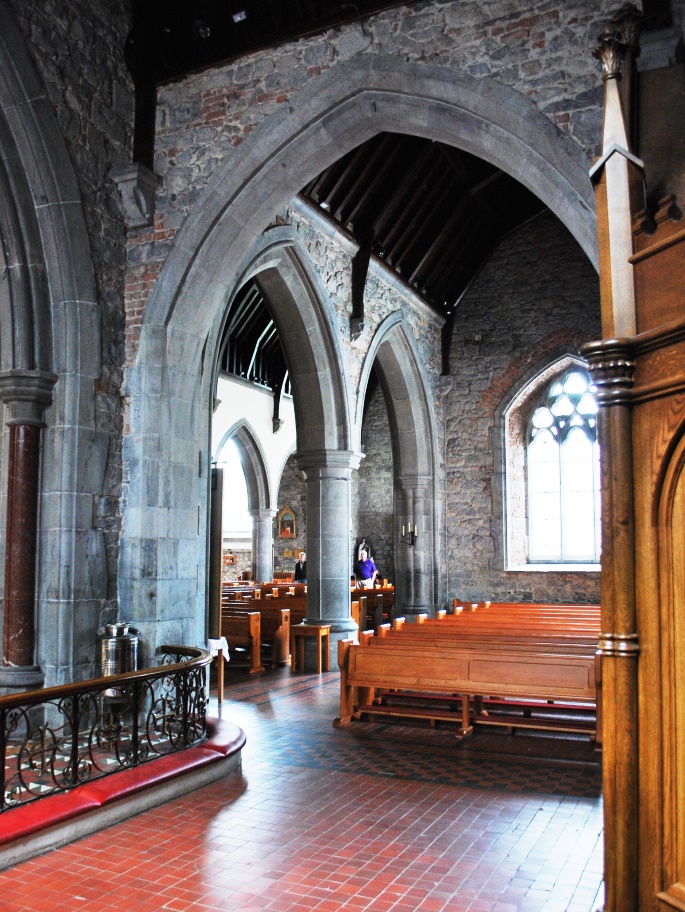 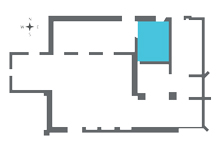 In monastic churches the transepts were rectangular extensions abutting the nave/chancel that gave the church its characteristic cruciform appearance. In friary churches generally only one transept is found. The transept provided space for additional altars dedicated to various saints and serving as mortuary, burial or chantry chapels for the community’s benefactors. In friaries the transept was often the location of a shrine to the Virgin Mary and was known as the Lady Chapel

View details: The transept was added to the structure during renovations in the early 19th Century by Wyndham Quin, 2nd earl of Dunraven 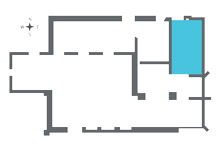 View details: The sacristy was added by the 3rd earl of Dunraven between 1852-4 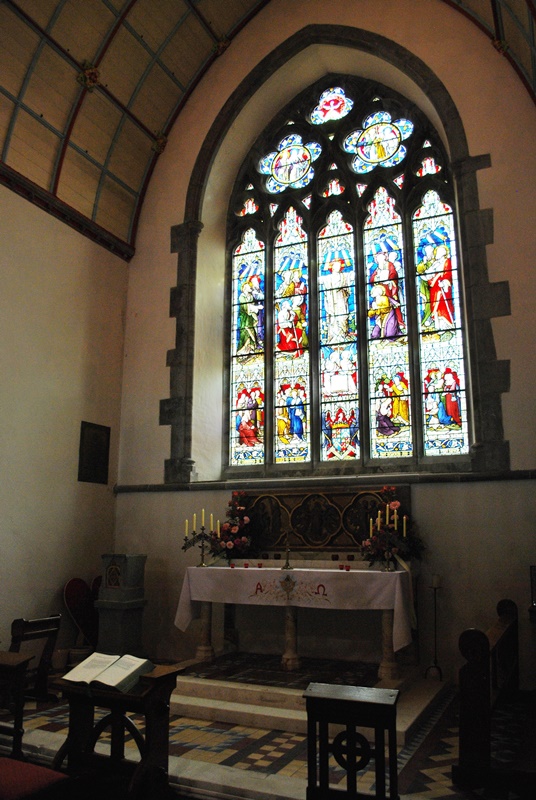