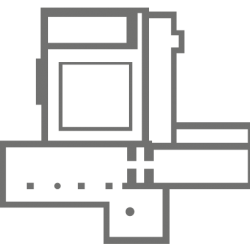 The Dominican foundation of St Saviour’s priory lies on the north bank of the river Loobagh in the village of Kilmallock, Co. Limerick.  In the Middle Ages, Kilmallock was a thriving, Anglo-Norman walled borough. It was likely to have been founded by the Fitzgeralds, a powerful Anglo-Norman family, who were also important benefactors of the Dominican priory. The Dominicans were a preaching order of friars who would have been active members of the Kilmallock community as they carried out their ministry. Founded in 1291, the friary was dedicated to St Saviour. There is no clear record of who the original founder was, but it is know that the land where the friary stands was purchased by the friars from John Bluet, a burgess of the town (meaning an inhabitant of a town or borough with full rights of citizenship), with the consent of King Edward I (d. 1307). It is believed that the Fitzgeralds, a powerful Anglo-Norman family, were important benefactors of the friary.

Little is known of John Bluet, the burgess who sold the land to the Dominicans, although his name suggests he was of French-Norman descent. Typically, burgesses rented ‘burgage plots’, strips of land usually fronting on the main street of a borough. It is likely that the borough of Kilmallock was probably founded by the FitzGerald family.  However, by the end of the thirteenth century, the bishop of Limerick was the feudal lord of the town. This was not unusual as bishops often ruled over the extensive church territories, or ‘Crosslands’.

By the end of the thirteenth century, the Dominican Order had successful established itself in Ireland, with Dominican friars quickly becoming bishops themselves. However, the foundation of Kilmallock priory  in 1291 almost immediately led to a controversy. A burgess of the town named John Bluet sold the land where the priory stands, with the consent of King Edward I. However, the Bishop of Limerick, Gerald le Marshall (d. 1302) disapproved of the friars purchasing land within his borough without permission and had the friars expelled. An inquiry was held in Cashel in 1291 by William de Vesci (d. 1297), the king’s chief administrator in Ireland, which ruled that le Marshall should not have evicted the Dominicans as they owed no rent or service to the bishop for their site. This allowed the Dominicans to return to the priory in Kilmallock soon after.

While the original patron of the foundation is unknown, the FitzGeralds were important benefactors of the friary.  Maurice fitz Thomas FitzGerald (d. 1356), the powerful and controversial 1st earl of Desmond was a great patron of the friars and is believed to have been involved in the enlargement of the church c. 1320. The tomb-niche in the north wall of the choir, a traditional place for the burial of an important benefactor, is stylistically of a similar date.

The extensive remains at Kilmallock friary contain a number of beautiful and fascinating artistic and architectural features that make it a site worth spending time exploring. A tour of the friary will take you around the well preserved buildings, from the church with its impressive tall crossing tower and beautifully carved tomb-nice of the Geraldine family on the north wall of the choir, to the domestic ranges and the cloister, where the vaulted ambulatory and arcade were restored on the north side. Above it you will see how the upper story of the north range survives, a rare occurrence in remains of medieval friaries; and while access to the upper story is closed to the public, you can climb the mural stairway that leads to it. It is itself a feature that has rarely survived in other friaries, and which gives you a real sense of the space the friars would have inhabited and circulated through in their everyday life.

1291: The Dominicans established a friary in the borough of Kilmallock on land purchased from John Bluet, a burgess of the town, with the consent of King Edward I

31 Dec. 1291: An inquiry was held in Cashel which found that the friars were ejected and their house leveled at the orders of the bishop of Limerick

c.1320:  The friary was enlarged as a result of the patronage of the earl of Desmond, Maurice Fitzgerald, which included the construction of the tower and the extension of the church

1541: At the dissolution, the friars were in possession of the two acres site where the friary and its buildings stood, in addition to another twelve acres, a watermill and six cottages

1548: James FitzJohn, earl of Desmond, owed more than £21 in arrears on the payment of his lease of the friary

1569-70: The friary passed to the sovereign and commonalty of the town

1571: The town of Kilmallock was sacked and burnt, and the friars were probably driven out of the friary as a result

1594: The friary was granted to Nicholas Miagh, sovereign of the town, and to the brethren and community

1643:  A list of the founders of Dominican friaries was compiled, which recorded that Kilmallock Dominican priory was “founded and endowed by the citizens”

1756: Three friars were said to have been in Kilmallock at this time, one of them later a parish priest (in 1767)

1860: The last obit in connection with Kilmallock was recorded, of a Father Edward MacCarthy

1889:  A fundraising campaign was launched to preserve the Dominican friary in Kilmallock.  It raised over £40 within a year, with a large portion of this money coming from various members of the Fitzgibbon family, whose ancestor was Maurice fitz Thomas Fitzgerald, 1st earl of Desmond 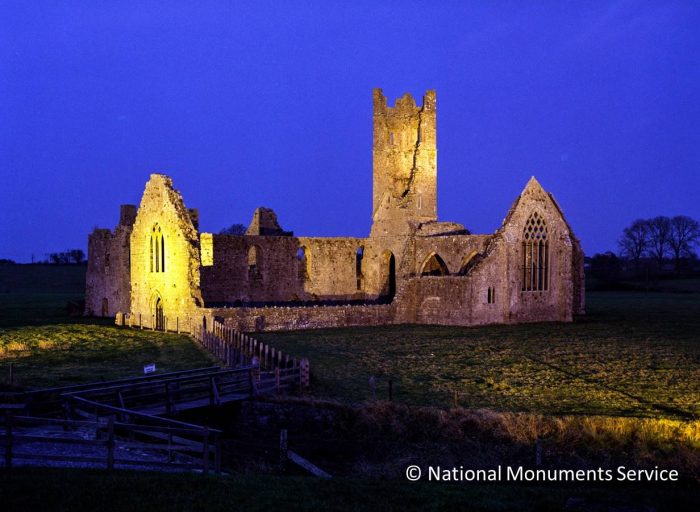