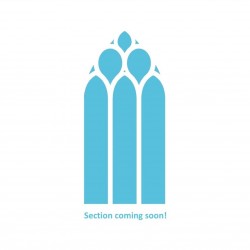 Holy Trinity Abbey Church is now the Roman Catholic parish church in the centre of the picturesque nineteenth-century estate village of Adare. The foundation date of Trinitarian order at Adare is unknown. The church underwent considerable restoration in the nineteenth century which incorporated remains of the medieval church including the nave, chancel and tower.

As the patron saint of the abbey at Adare was St James, it has been argued that it was in existence in 1226, when Geoffrey de Marisco obtained a grant to hold a fair at Adare during the eight days following the feast of St James. De Marisco was an Anglo-Norman lord who fell out with the king and his allies in Ireland and who ended his days in exile in France.  John Fitzthomas Fitzgerald, 5th lord of Offaly and 1st earl of Kildare, who held lands throughout Ireland may have endowed the abbey in the late thirteenth century when he was attempting to force his cousin’s widow Agnes de Valence to hand over her estates in Limerick.

The 2nd Earl of Dunraven, Wyndham Quin, gifted the abbey – by then in ruins –to his Catholic Parishioners in 1824 and initiated a programme of restoration that was continued by his heir. He employed the English architect Philip Charles Hardwick to restore and enlarge the church while taking care to maintain the fabric of the historic building.

A nineteenth-century description of the Quin Chalice of 1726 recorded that the chalice was preserved in the Roman Catholic Church at Adare.   Thady Quin (1645-1725) was a lawyer, descendant from the O’Quins of Inchquin who was granted the possession of the abbey in 1683 by the earl of Kildare.  The Quin chalice is still used by the church for special occasions concerning the Wyndam-Quin family.

There were about twenty Trinitarian foundations in England and Scotland, but Holy Trinity Abbey is the only example of a church of the Trinitarian order in Ireland. It represents a fusion between medieval remains and nineteenth-century Gothic Revival architecture. The medieval highlights consist of the tower, nave and part of the choir while the timber roofs, the sacristy and the Lady Chapel were designed by English architect, Philip Hardwick. There is a restored columbarium (dovecote) nearby and Our Lady’s Abbey School (originally a convent of the Sisters of Mercy) incorporates part of the original cloister.

1319: Peter, the minister, and three other canons were accused of seizing goods from the Augustinian friars in Adare

1497: John Arbibard became minister of the ‘Hospital House of St James of Hathdar’

1539: The abbey was dissolved in February.  Contrary to popular belief, the prior was not beheaded, having refused to take the Oath of Supremacy, nor were forty-two monks from the abbey imprisoned

1583: The abbey was leased to James Gold

1595: It was granted to Sir Henry Wallop

1683: The abbey was in the possession of the earl of Kildare, who granted it to Thady Quin (1645-1725), a lawyer and descendent from the O’Quins of Inchquin

1852:  The abbey was renovated and enlarged by Edwin Richard Wyndham Quin (1812-71), 3rd earl of Dunraven, who engaged English architect Philip Charles Harwick (1820-90) for the task.  The residential buildings were also renovated and converted into a convent for the Sisters of Mercy and school for girls

1856:  The abbey was radically extended in a building programme that lasted until 1884

2010:  A major programme of critical repairs and elective works began on the roof and external walls