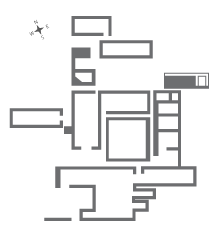 The Franciscan friary of Adare lies in the demesne of Adare Manor on the east bank of the river Maigue opposite the medieval castle of the earls of Desmond. It was founded in 1464 and while now in ruins, is in fact one of the most structurally complete Franciscan foundations in Ireland. Adare was the first house founded specifically as a reformed or Observant Franciscan house in Ireland, with most other foundations adopting new Franciscan reform in the 1460s. It enjoyed the patronage of the powerful Fitzgeralds during the fifteenth century. Details of the extensive gifts and benefactions received by the friars from local patrons survive in a description of Donatus Mooney, a seventeenth-century Irish Franciscan historian who had access to a now lost register of the friary. In the nineteenth century, the friary was incorporated into the redesign of the estate of the Earl of Dunraven and remains within the grounds of Adare Manor today.

The church of St Michael Archangel was founded for the Franciscan order in 1464 at Adare, Co. Limerick by Thomas Fitzmaurice Fitzgerald (d.1477/8), 7th earl of Kildare.  The Fitzgeralds were one of the most powerful Anglo-Norman families in medieval Ireland and were prominent patrons of the religious orders.  While Thomas was not as significant a historical figure as his son Gerard Mór (d.1513), 8th earl of Kildare, he nevertheless played a significant role in Irish politics.  He used his position as Lord Chancellor of Ireland to assert influence over local Gaelic lords and arranged marriage alliances with Gaelic and Anglo-Irish lords, himself marrying Johanna (d.1486), daughter of James (d.1463), 6th earl of Desmond.

As principal patrons of Adare friary, Thomas and Joanna Fitzgerald built the church and a quarter of the cloister, while also providing a garden, orchard and lands and presenting the community with a bell and two silver chalices.  They were not, however, the only benefactors of the friars.  In 1617/8 the seventeenth-century Franciscan provincial and historian Donatus Mooney was shown a list of patrons of the friary and its endowments by James Hickey, the syndic (lay financial administrator).   Mooney recorded this list, which would have been read out every week at chapter to remind the friars to pray for their benefactors, the details of which follow: Margaret Fitzgibbon, wife of the poet Cunlaid O’Daly (d. 1483),  paid for the great chapel of the Blessed Virgin; the belfry was provided by Cornelius O’Sullivan (d. 1492) who also gave a silver gilt chalice; one of the lesser chapels was endowed by John Fitzgerald, son of Thomas, 7th earl of Desmond, while the other chapel was provided by Leogh de Tulcostyn and Margaret, wife of Thomas Fitzmaurice; Rory O’Dea was a tertiary of the order (a lay member of the order) and provided a second quarter of the cloister and a silver chalice;  Donald, son of O’Dea and Sabina, his wife, paid for the a third quarter of the cloister; another tertiary, Marianus O’Hickey furnished the refectory and the wooden choir (possibly meaning the choir stalls) on the north side of the church; the dormitory was built by Donough O’Brien of Ara (d.1502);  Johanna O’Loughlin, wife of Fitzgibbon extended the sanctuary by ten feet; the infirmary was built by Edmond Thomas, Knight of Glen and his wife, Honora Fitzgibbon (d.1503).

While now a ruin and located on the golf course of Adare Manor, the remains of the friary are largely intact and are particularly pleasing when viewed from the river Maigue. The bell tower is a particularly fine example of the slender towers associated with Irish Franciscan friaries and within its wall are chantry chapels, the cloister arcade, the library, gateway, tomb niches, ovens, fireplaces and a stone carving of St Francis. Careful scrutiny of the remaining plaster on the walls also reveals evidence of nearly lost wall paintings. Adare Friary is part of a rich medieval landscape around Adare Village that includes the Desmond Castle and Adare’s Augustinian and Trinitarian foundations. Four early modern wooden statues from the friary are displayed in Adare Heritage Centre. They represent the Madonna and Child, St Joseph, St Louis of France and possibly St Francis.

1464: Observant friary founded by Thomas Fitzmaurice Fitzgerald. The dedication of the church took place on the feast of St Elizabeth of Hungry (17th November)

1562: Raymond de Burgh, bishop of Emly, was buried in the friary

1595: Sir Henry Wallop granted permanent possession of Adare friary in addition to the Trinitarian monastery and a number of other religious houses, in recompense for his services to the crown

1616: When Donatus Mooney visited the friary he found it in relatively good condition.  He recorded that the roof had fallen in, but glass remained in some of the windows.  He also noted that the surviving altar plate was in the custody of Friar Thomas Fitzgerald

1633: Friars re-established. It was attacked by Cromwellian troops in 1646 during which time they burnt and sacked the friary, killed two friars and arrested two more.  A seventeenth-century poem in Irish laments the ruinous state of the friary and likens its condition to that of Ireland in general

1915: Thomas Westropp recorded that traces of red-orange and blue-green decoration still existed around the piscina (a shallow basin near the altar used to wash communion vessels) and the credence table (where the chalice and paten kept prior to the Eucharist), while the sedila (stone seats, found on the liturgical south side of the altar) also featured traces of greenish-blue and red paint

Mid-nineteenth century: Adare Manor underwent an extensive refurbishment  under the direction of 2nd Earl Dunraven and this plan incorporated Adare Franciscan friary into its landscape design. Fragments of a fifteenth-century tin or lead chalice and paten, possibly from the grave of a bishop or priest, were discovered but they are now lost