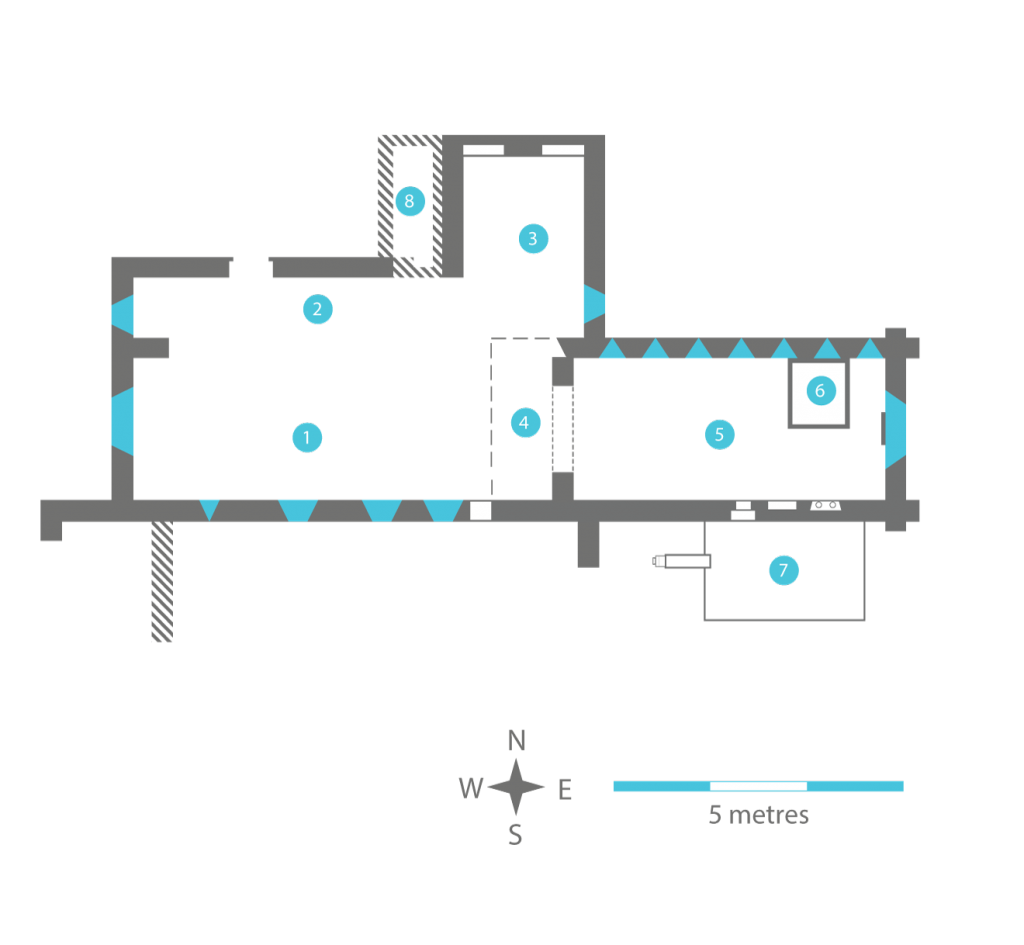 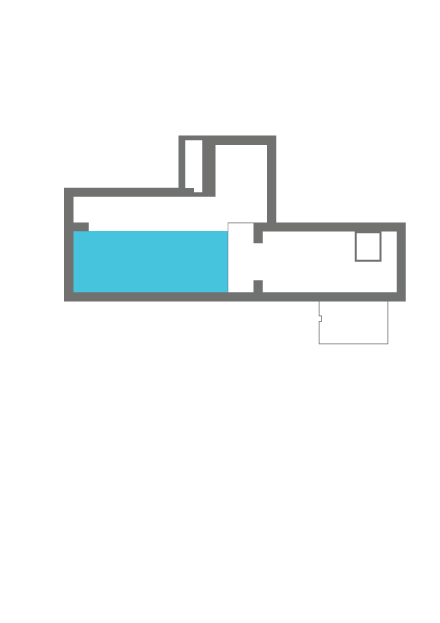 A view of the interior of the nave, looking through the chancel arch into the chancel, with the east window in the background. The transept is located to the left of the image. 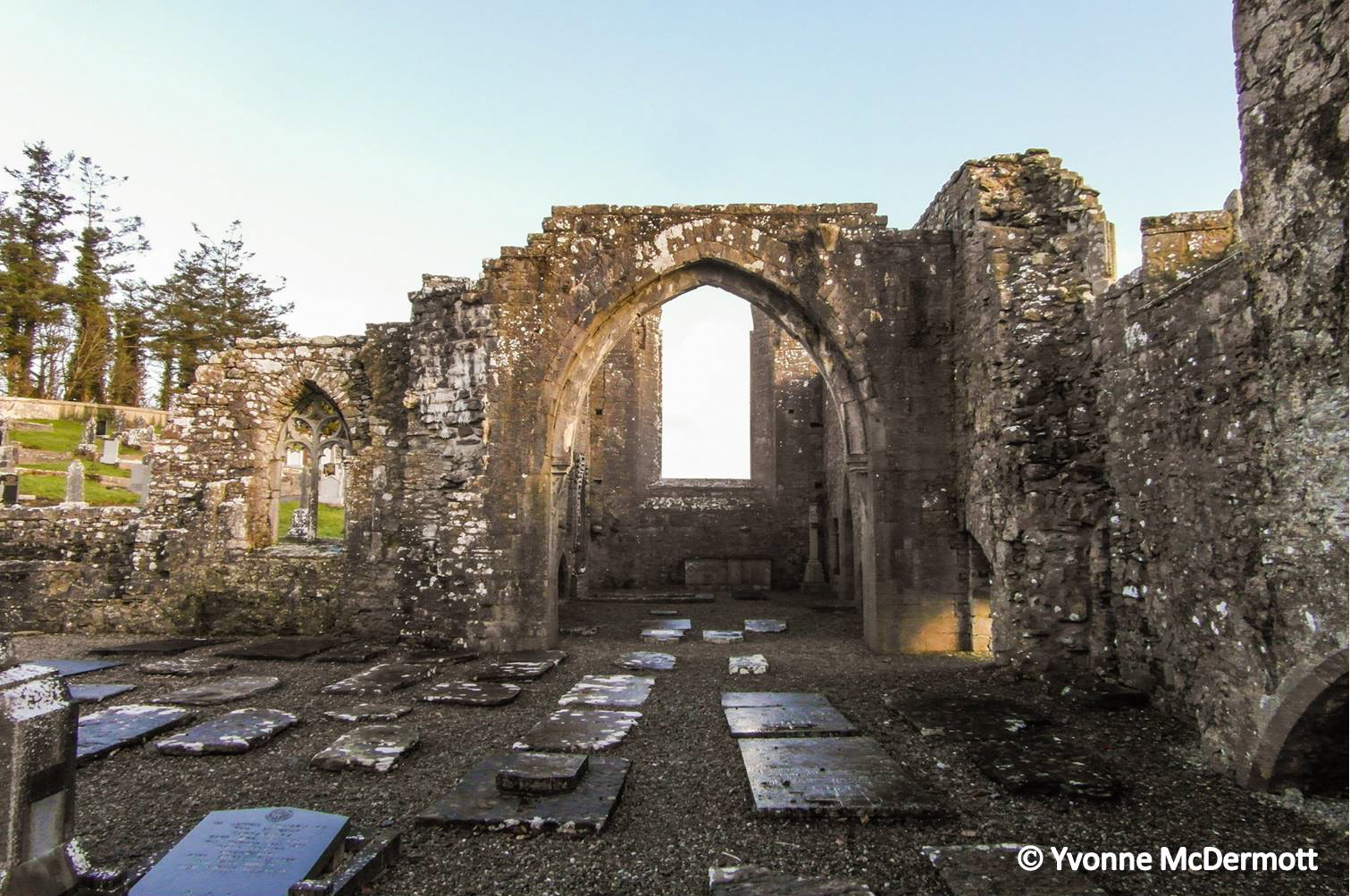 A view of the west elevation of the nave, which does not seem to have ever included a doorway. This is unusual as most medieval friary churches would have had a west entrance, used by the laity. There is an opening in the north wall of the lateral aisle, where the main entrance into the church might have been located. 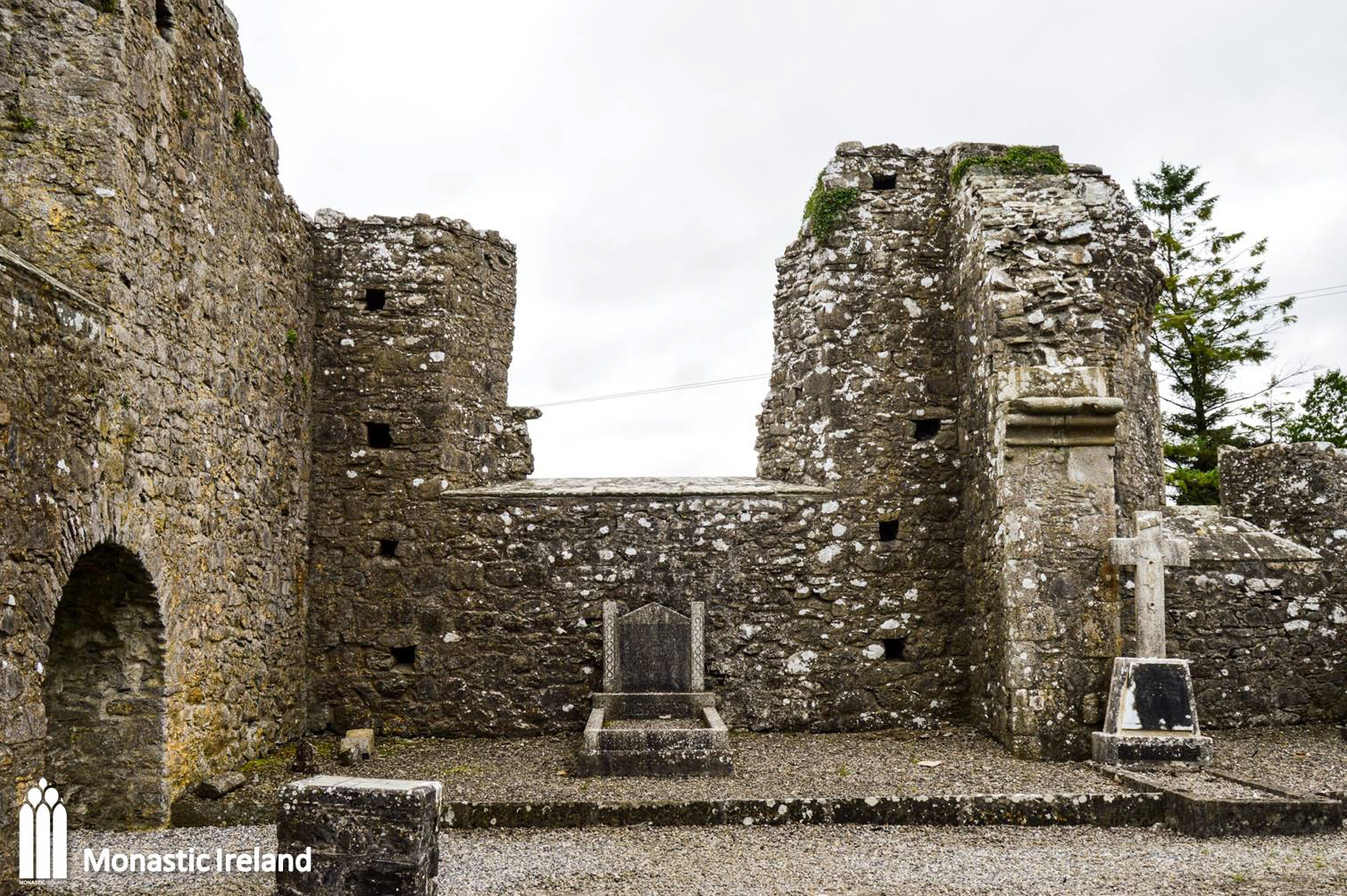 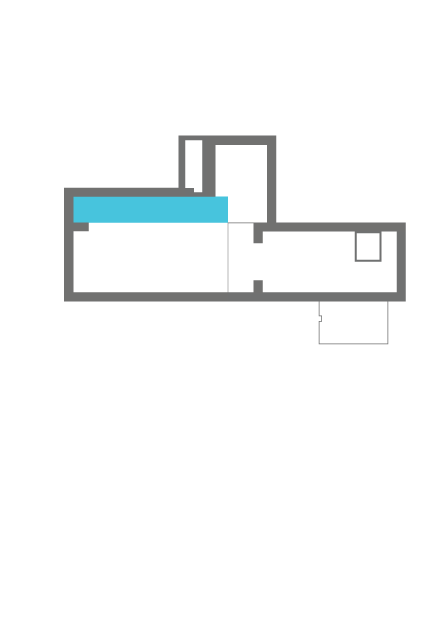 A view of the aisle to the north of the nave. The nave was likely separated from the aisle by a row of pointed arches. In the north wall of the aisle is an opening which might have been where the main doorway into the church was located, as there is no trace of a doorway in the west gable of the church. 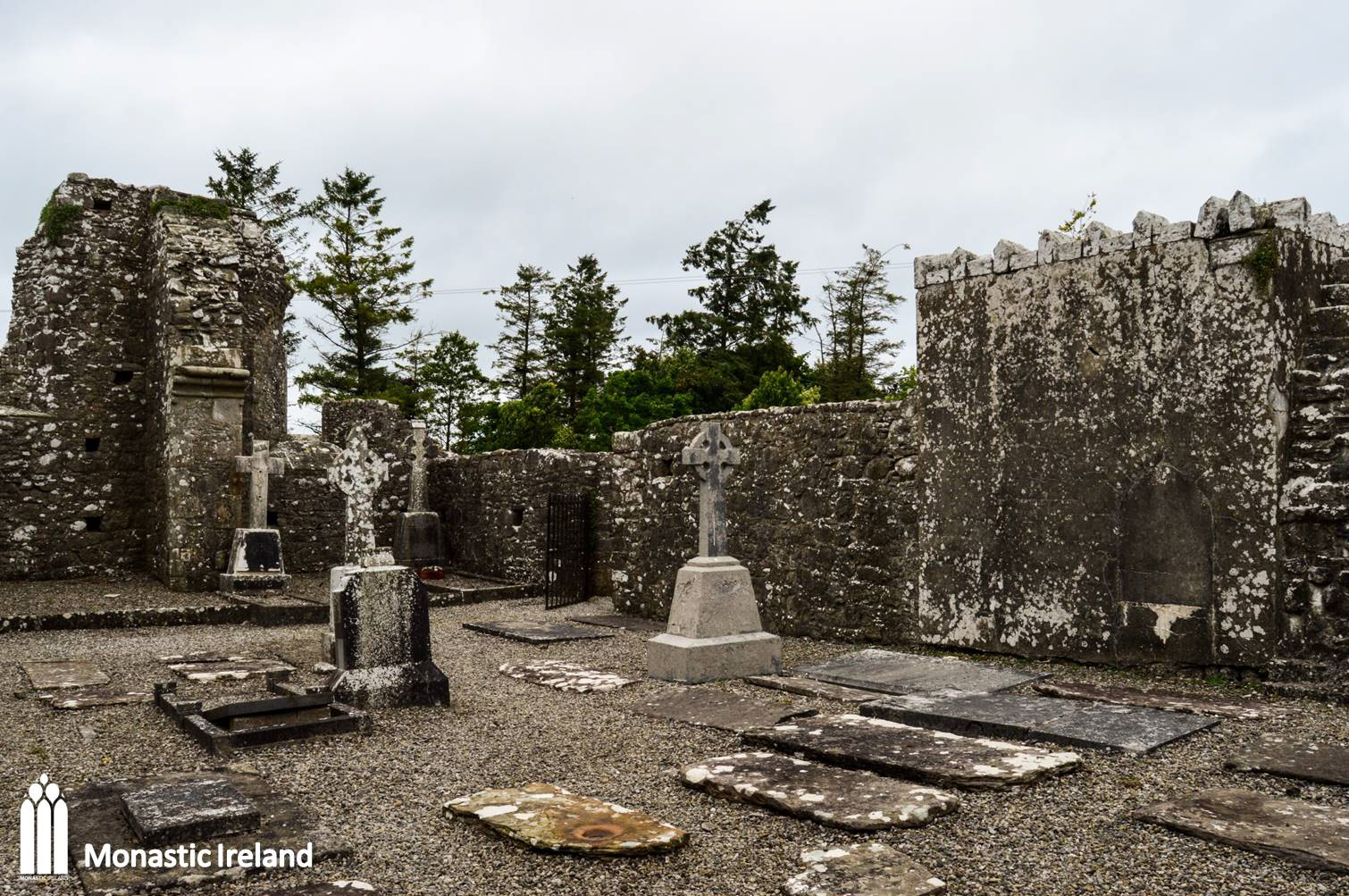 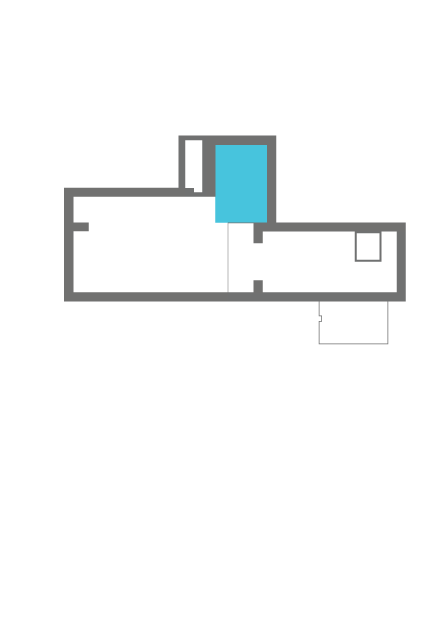 This window with cusped curvilinear tracery is in the east wall of the transept. It may give, albeit on a smaller scale, an indication of how the late medieval east window of the chancel might have looked; it is of a similar style to the tracery of the canopy tomb in the chancel. 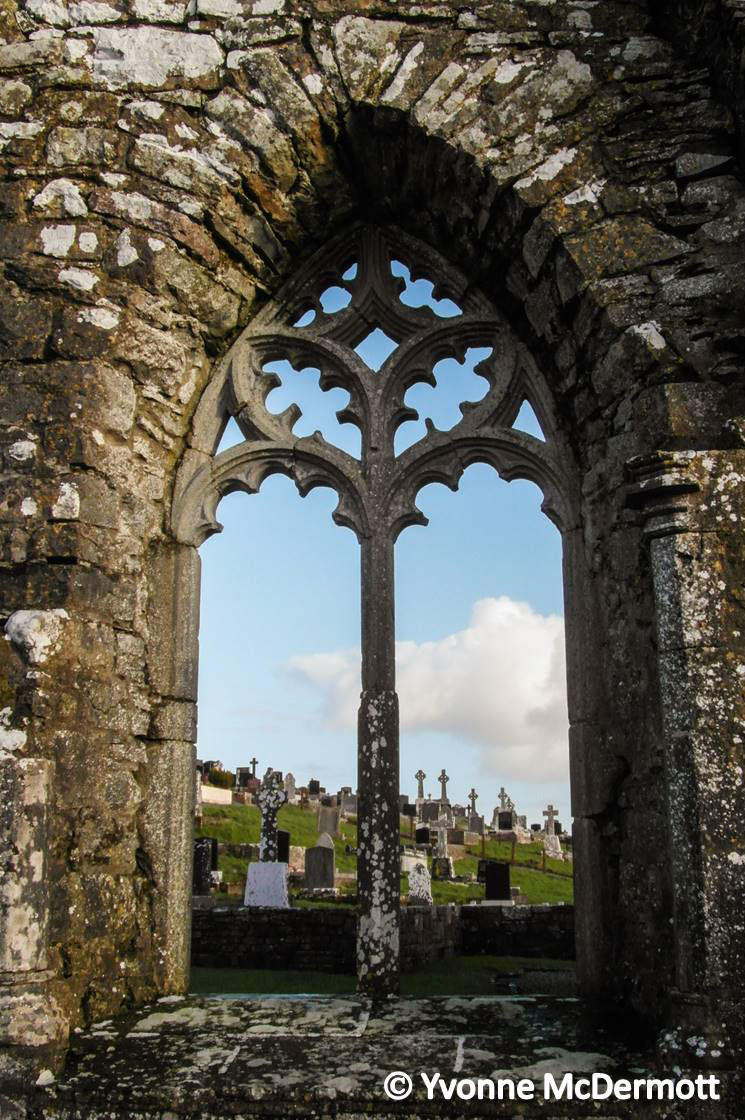 A transept or chapel was added to the north of the nave in the late medieval period, together with a number of additions that were made to the friary possibly as a result of a papal indulgence granted in 1434, encouraging the laity to visit the church and donate money to the community. 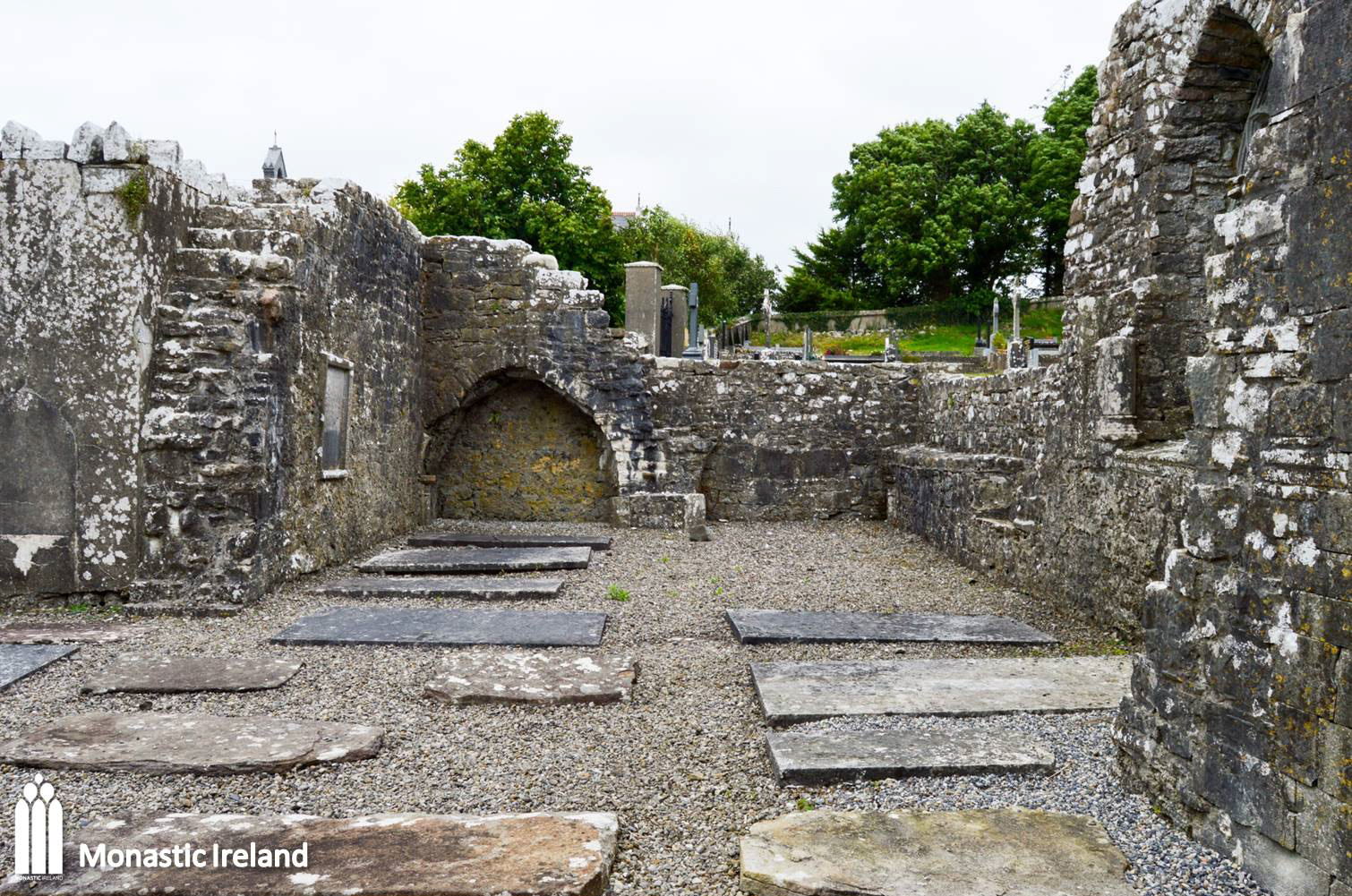 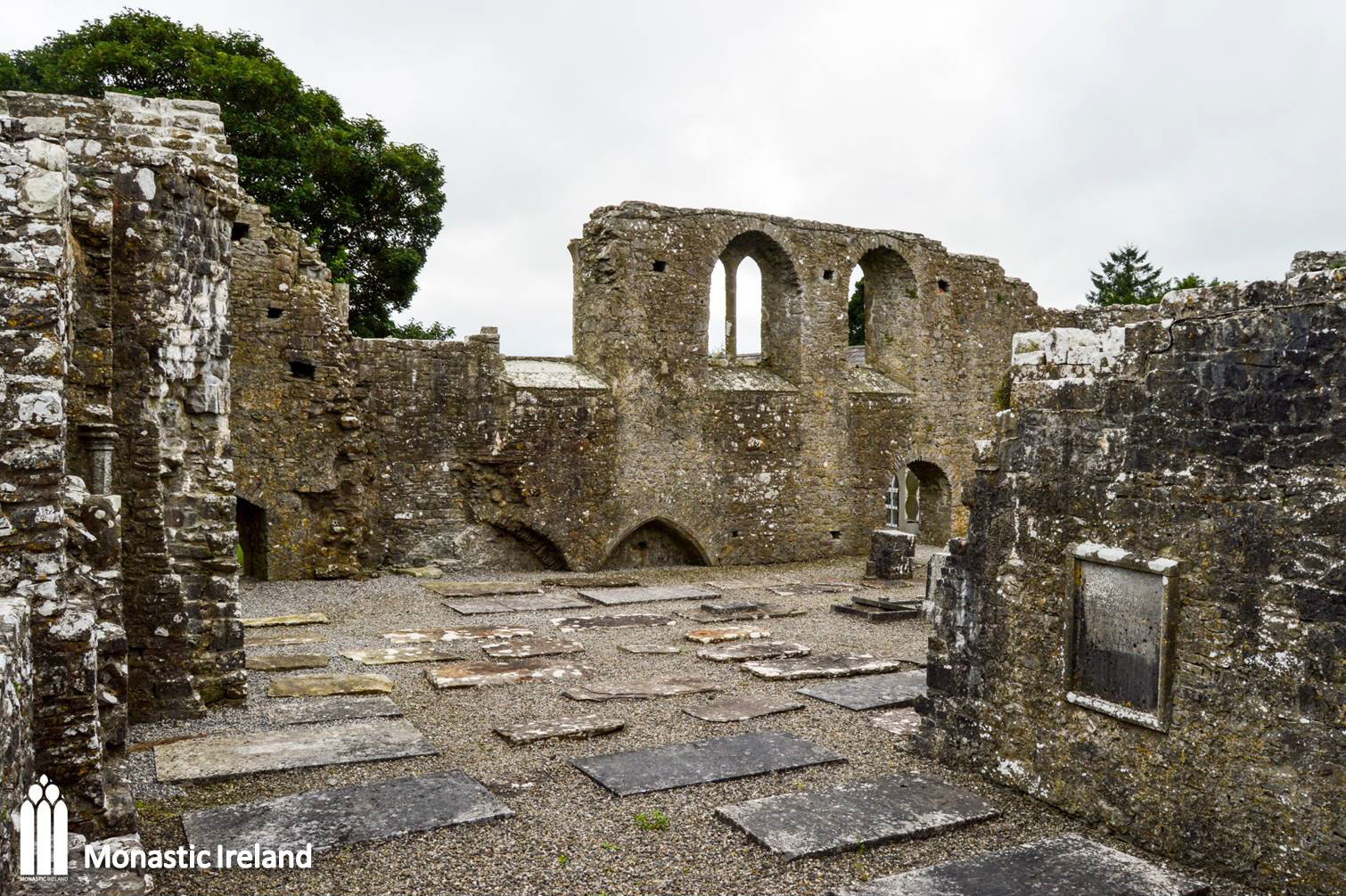 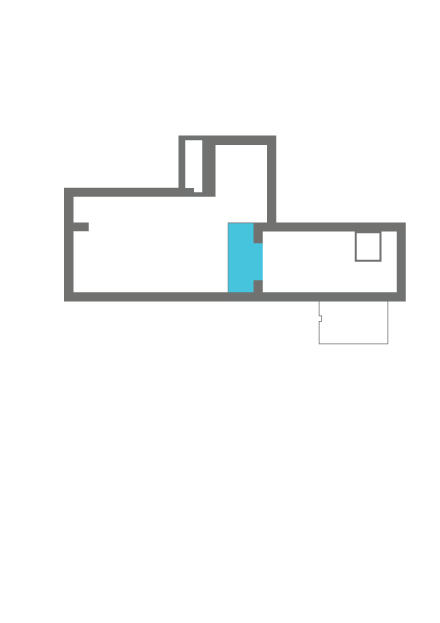 All that remains of the central tower once standing between the nave and chancel is the chancel arch. In the south wall is a doorway, through which the friars would have entered the church from the cloister, passing underneath the tower to enter the chancel. The tower was likely inserted in the fifteenth century. 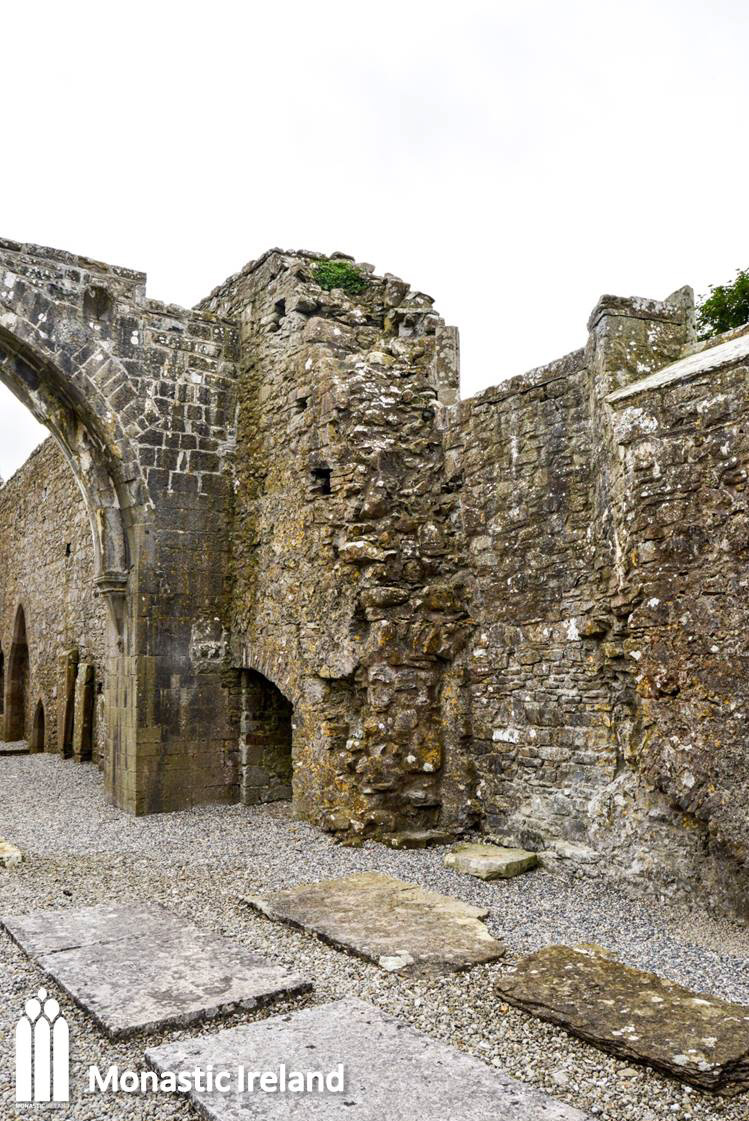 On the south side of the remaining tower arch, there is a carving of an eagle, perhaps representing St John the Evangelist. Alternatively, eagles feature in medieval bestiaries where the eagle renewed its plumage by flying close to the sun and then plunging into water. This was also intended to symbolically represent the death and resurrection of Jesus. 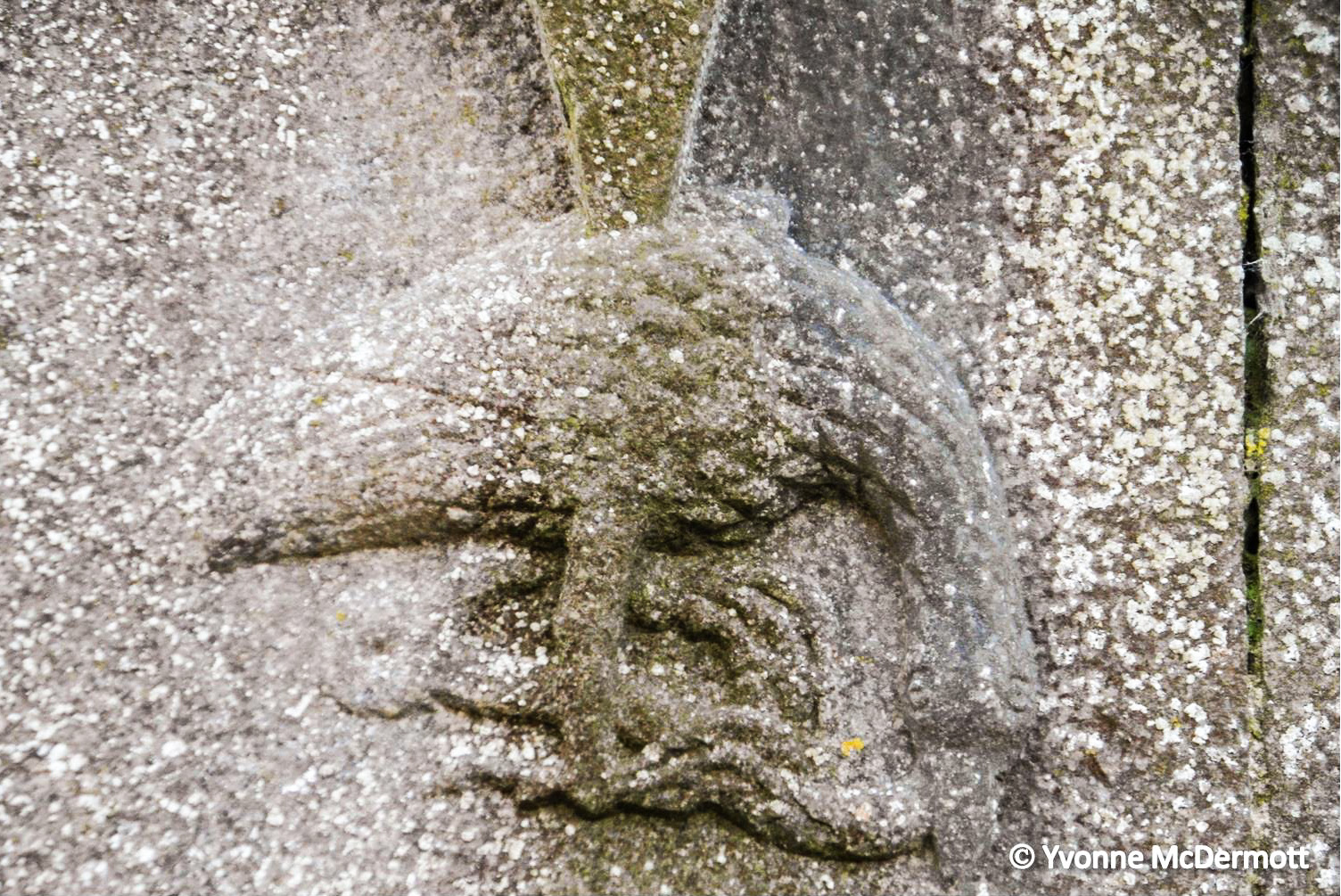 On the north side of the chancel arch, at the corbel of the arch, is a carving of the pious pelican, a popular motif in late medieval Gothic art in Ireland. Its wings are carved with lozenge-shaped plumage. The metaphor of the pious pelican, which feeds its young on its own blood, evoking Christ’s passion, features in the writings of St Thomas Aquinas. 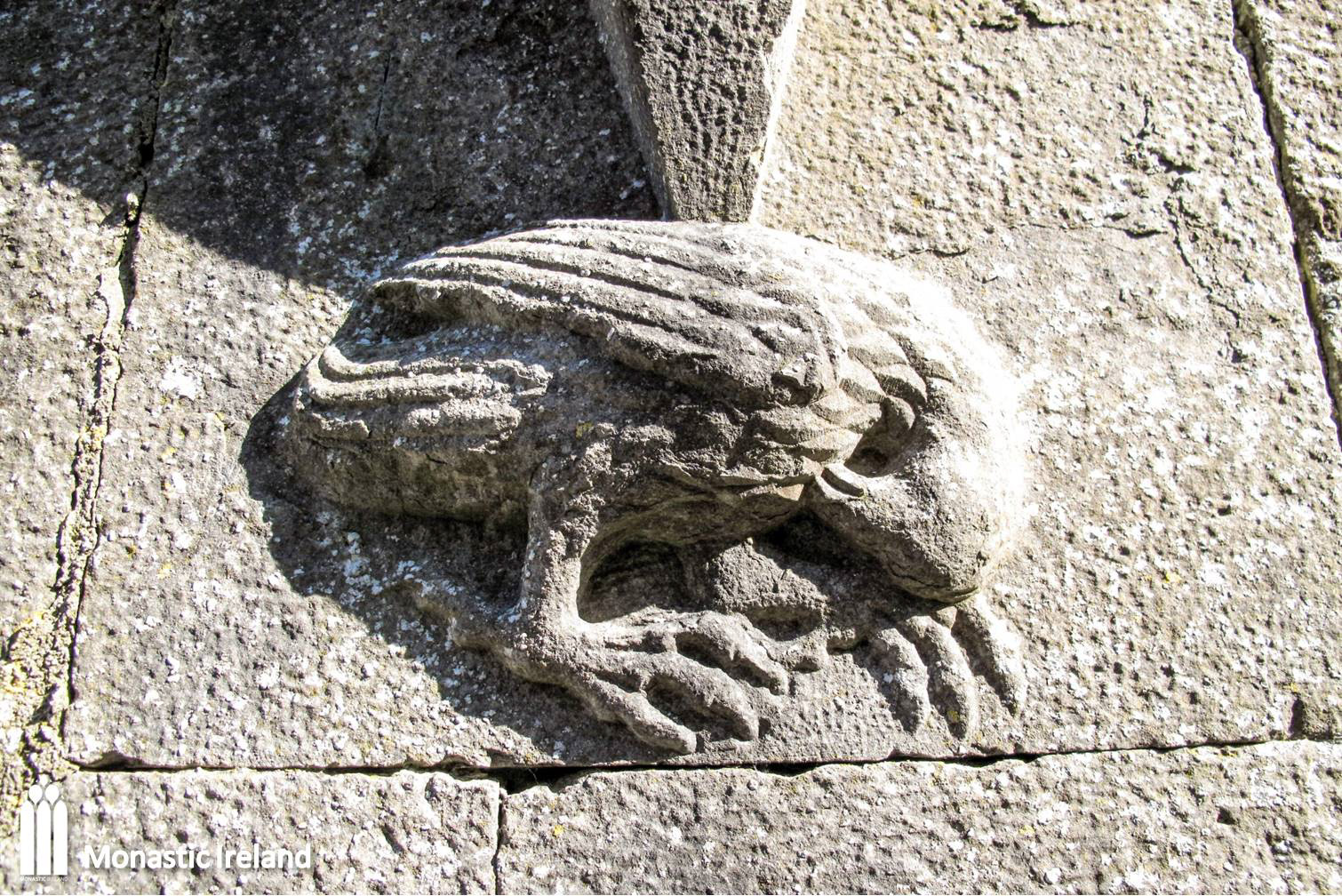 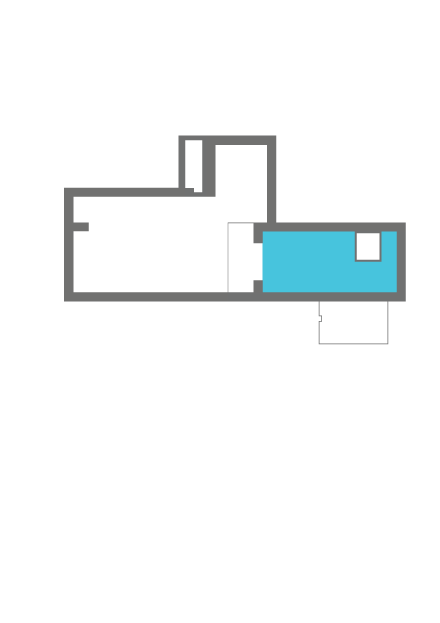 A view into the chancel through the chancel arch, with the east window in the background. 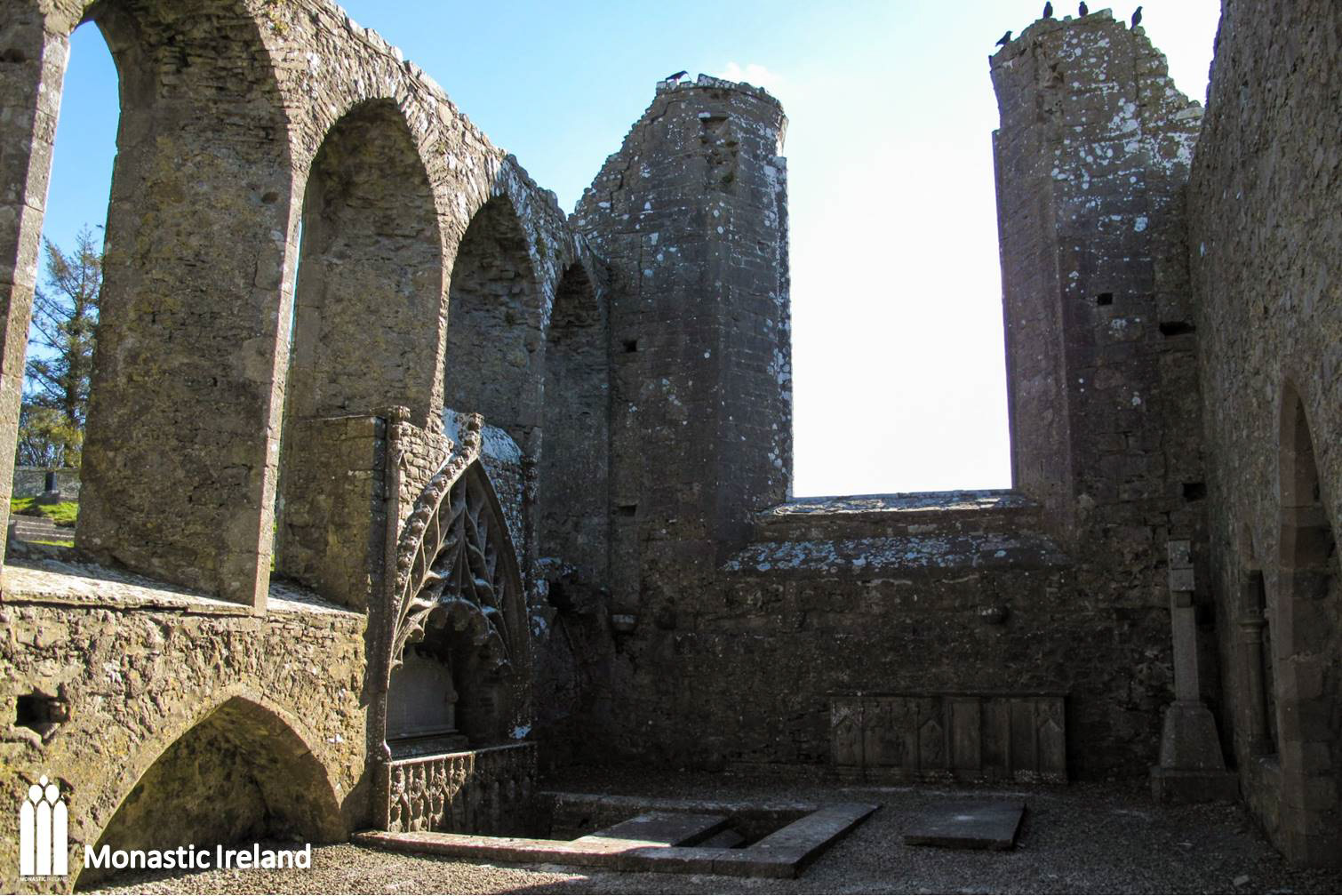 The original east window, which consisted of a group of lancets, was later replaced with a tracery window. The bases of the original windows are still visible in the wall fabric beneath the replacement window. 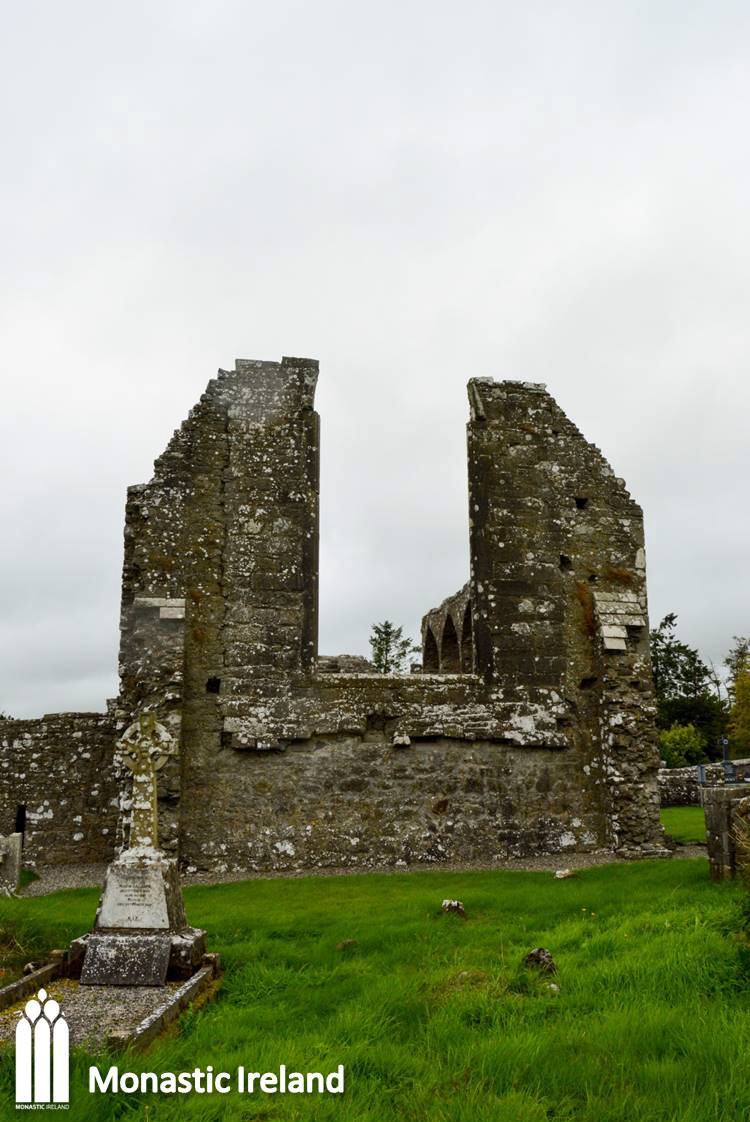 In the north wall of the chancel is a row of seven lancet windows, typical of thirteenth-century friary architecture. 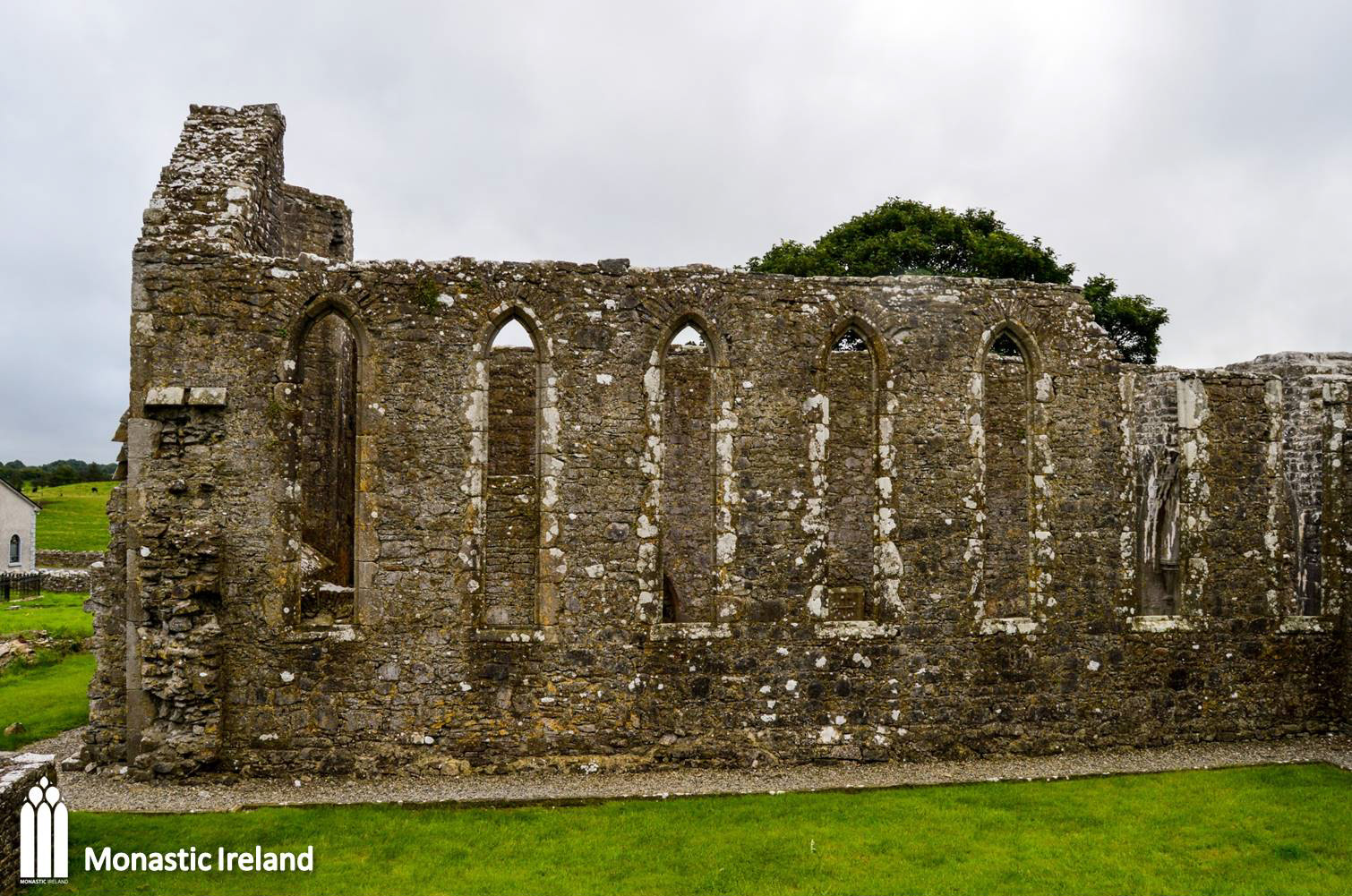 In the chancel is the rare survival of the high altar fifteenth-century reredos (an altarpiece altarpiece placed behind the altar), which depicts a Pietà scene of the Virgin Mary holding the crucified Christ on her lap. To either side are depicted a man and a woman thought to represent patrons of the friary. 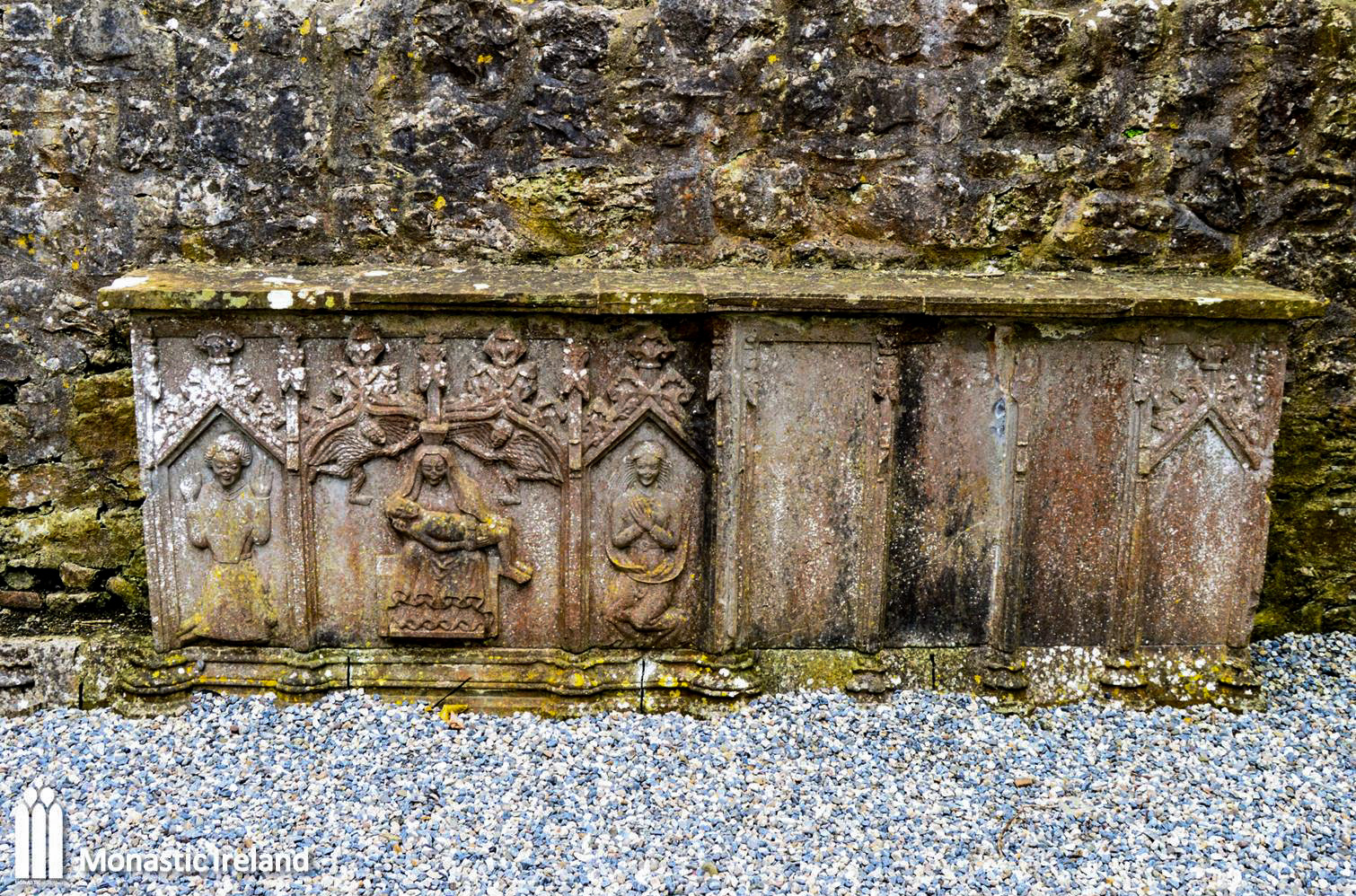 The south wall of the choir features a piscina, which would have been used for the washing of sacramental vessels. It has two drain holes in the base, a type popular in the thirteenth century. 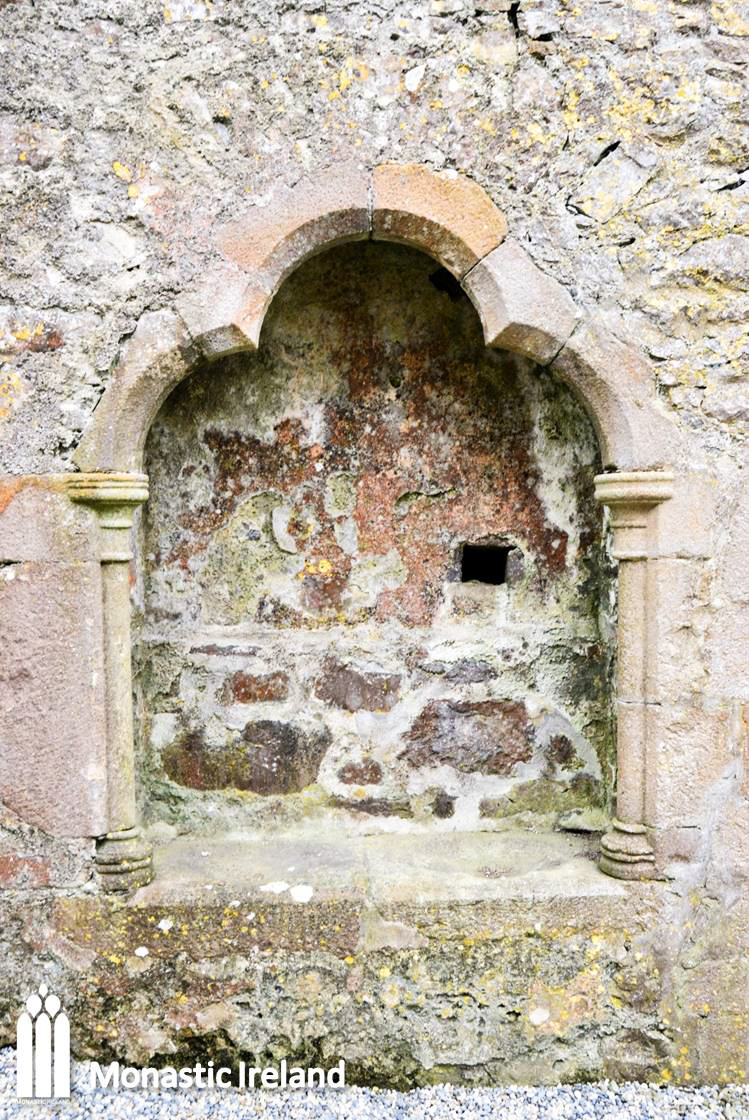 This pointed doorway would have originally led into the sacristy, where the sacramental vessels and vestments would have been kept and the celebrants prepared for a service. Today it is condemned and obscured by a large funeral monument abutting the south wall of the church. 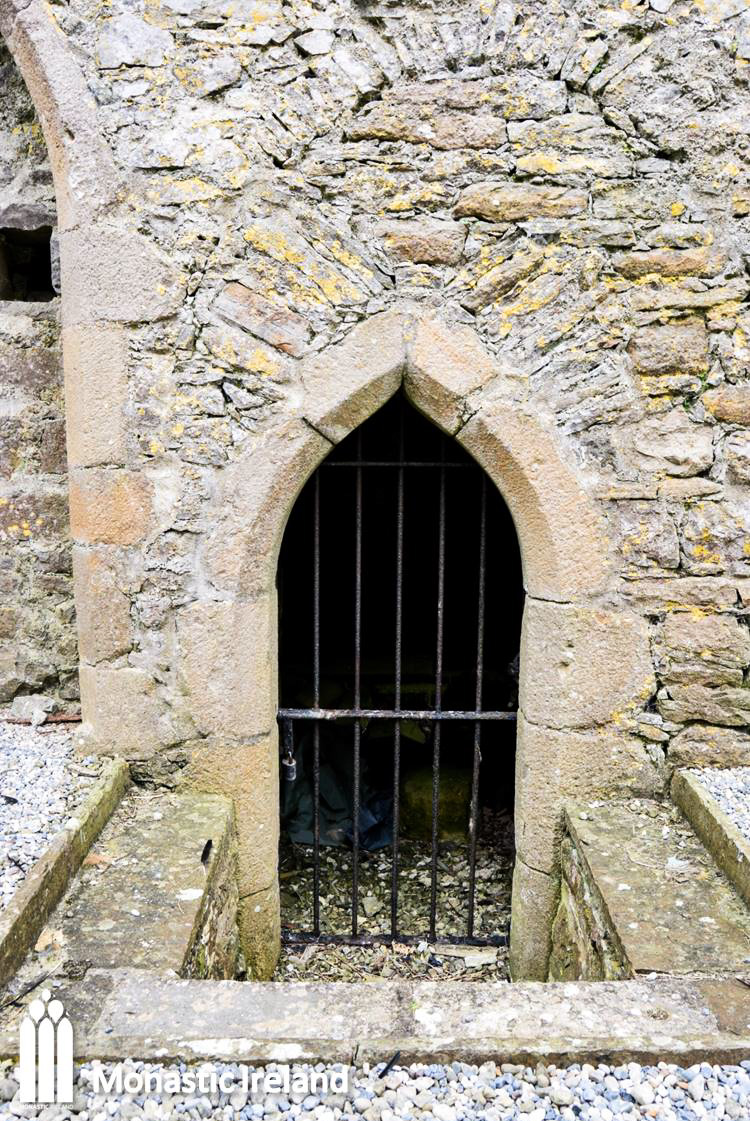 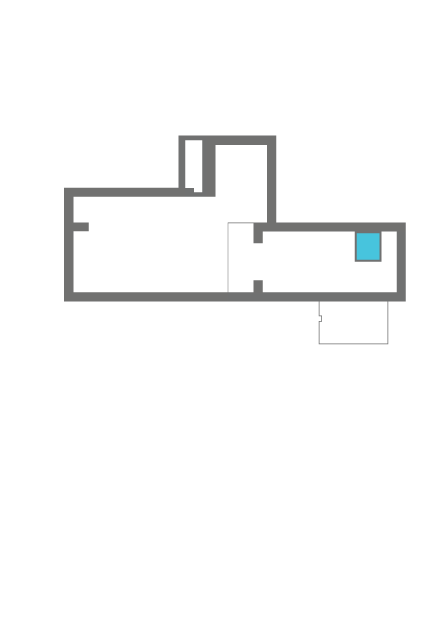 The canopy tomb on the north side of the chancel is considered one of the finest examples of a type popular in the west of Ireland in the late medieval period. It is composed of a pointed arch filled with curvilinear tracery and framed by two pinnacles, while to the front of the tomb is a panel featuring eight figures. 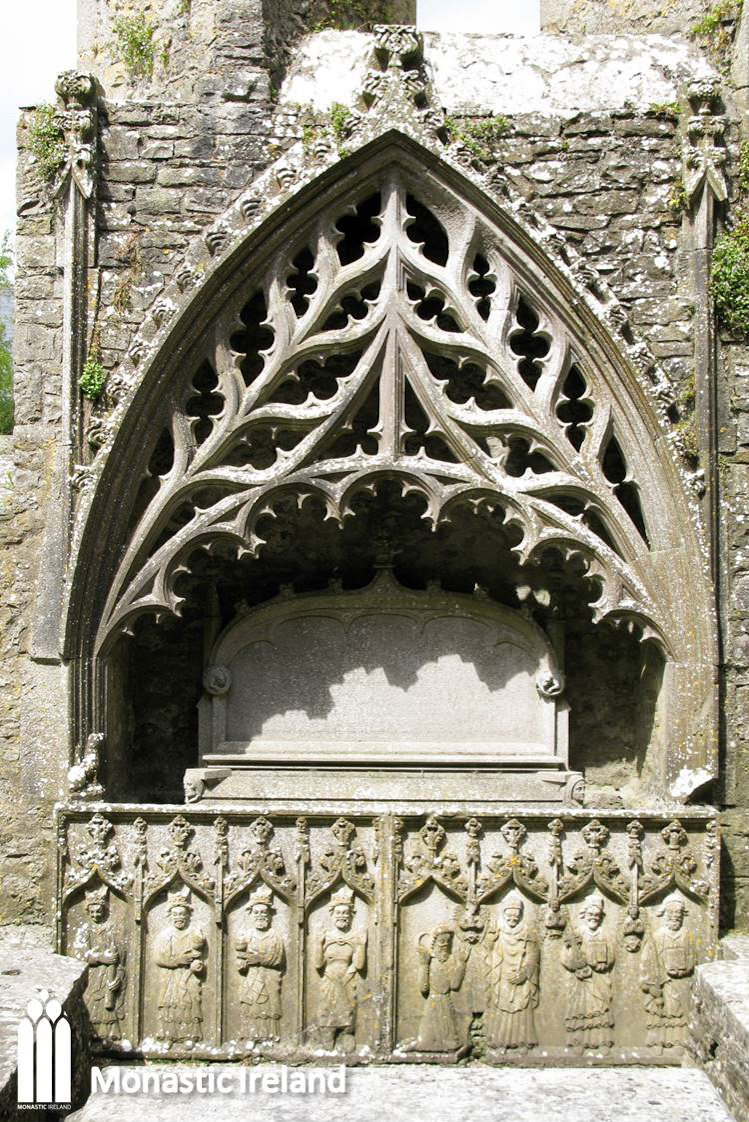 The tomb frontal features eight religious figures, most of whom can be identified
on the basis of their attributes. The first three figures represent the Magi, carrying their gifts of gold, frankincense and myrrh. Next to them is Christ displaying the Five Wounds, strikingly similar to examples from the Ormond group of carvings which includes examples in Kilkenny, in addition to a depiction in St Nicholas’s Collegiate Church in Galway. To the right of the pilaster that divides the front of the tomb is a kneeling man in a habit, withdrawing his hood. To his right are the figures of a bishop, St Peter, and St Paul. 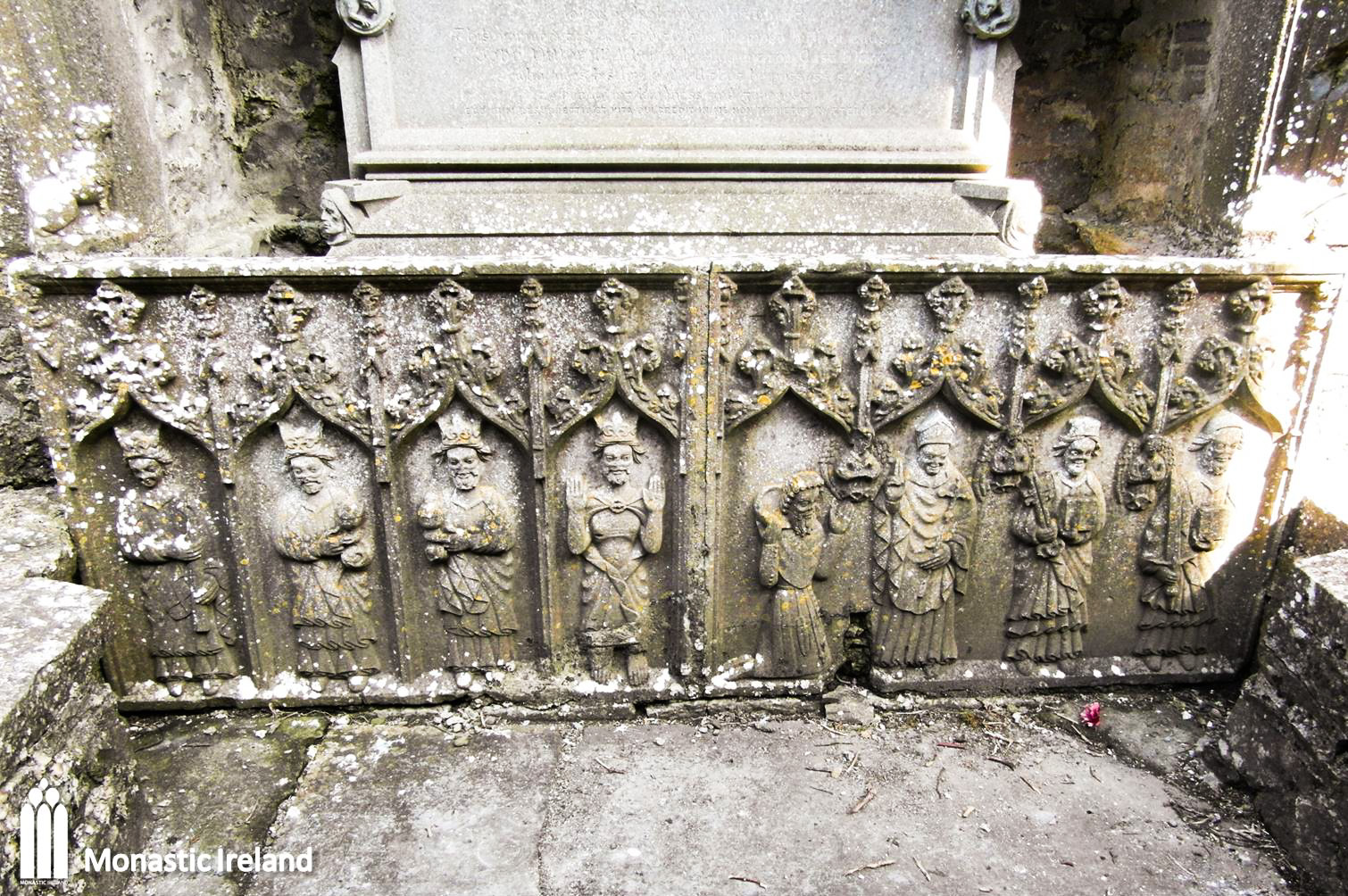 A closer look at the kneeling figure on the canopy tomb frontal. Dressed in a friar’s habit, he may be the patron for whom the tomb was constructed. Some patrons took the habit and entered a friary in their later years. He has a weaver’s shuttle hanging from his belt, which may symbolically represent the passing of time or the man’s association with the wool trade. 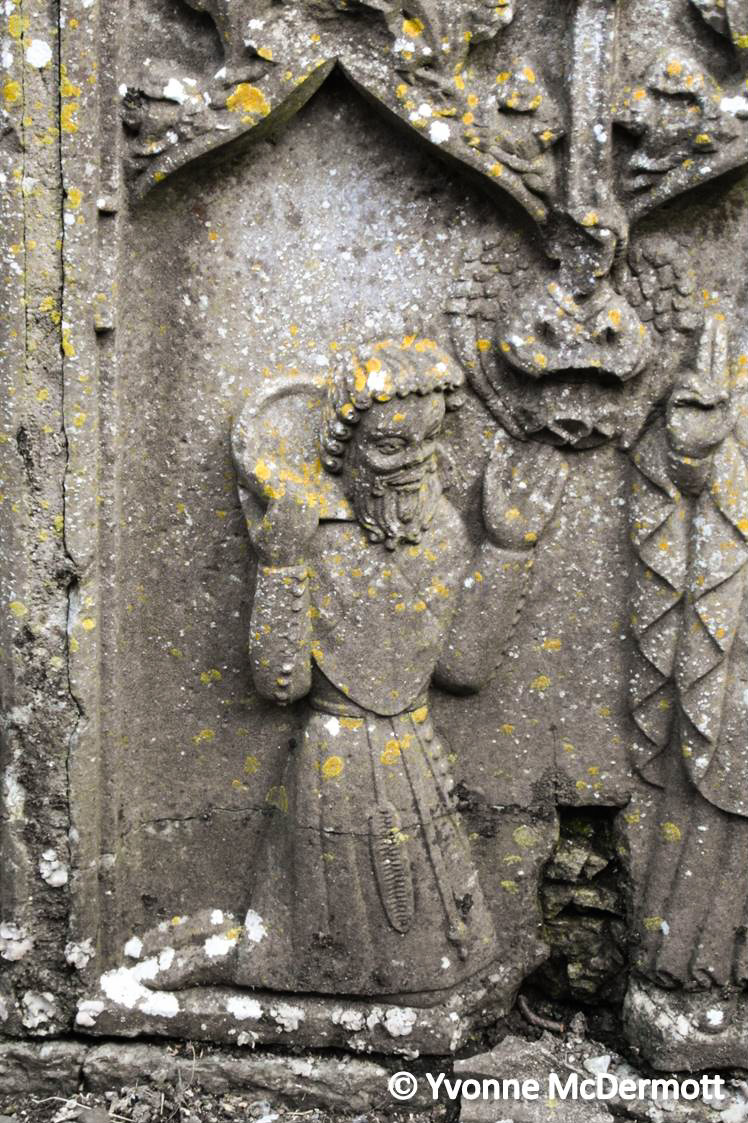 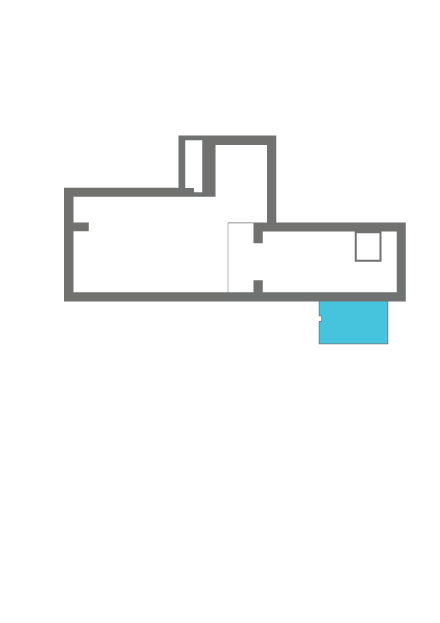 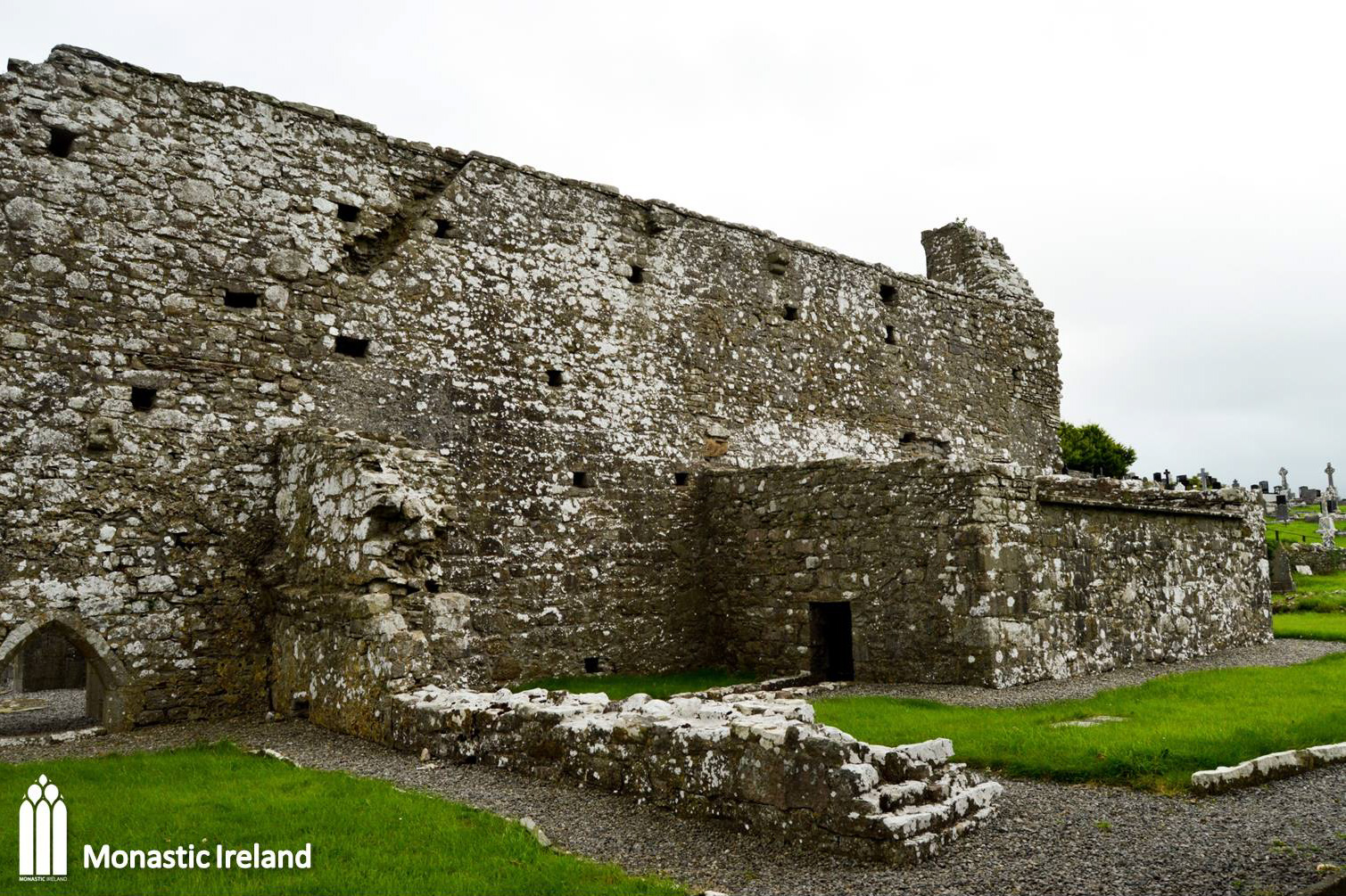 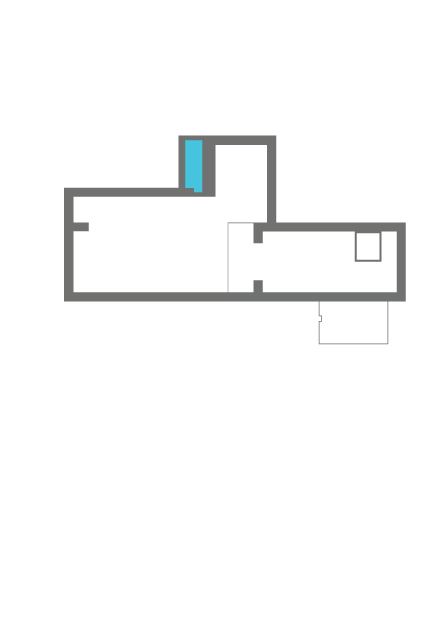