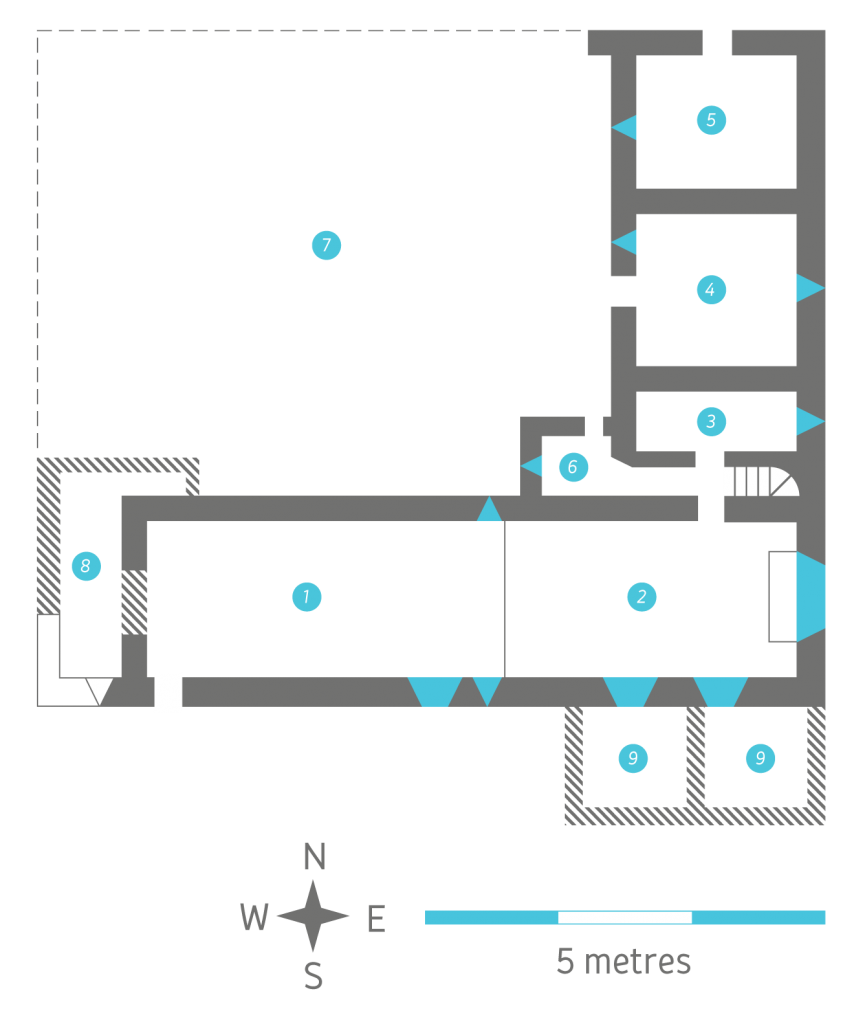 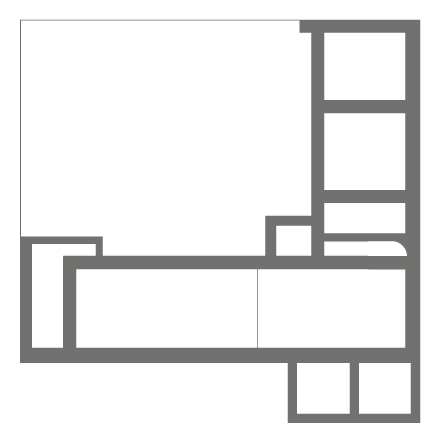 A view of Murrisk friary, arriving from the south, as pilgrims might have back in the Middle Ages, before heading to climb Croagh Patrick. 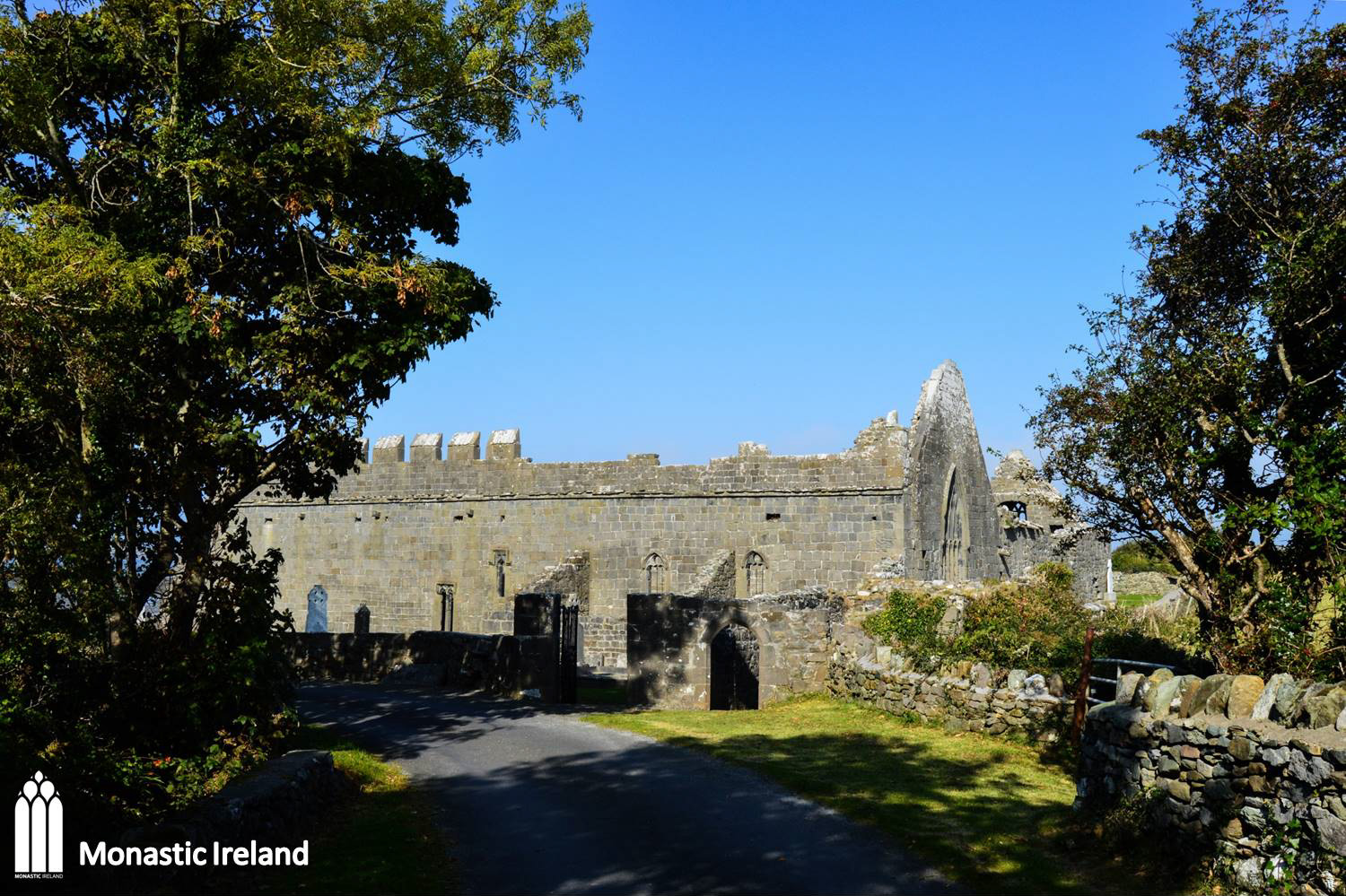 A view of the remains of the friary, from the cemetery tot the north of the building. There might have been additional domestic ranges where the modern burials are located, although there is no material evidence that this was ever the case. 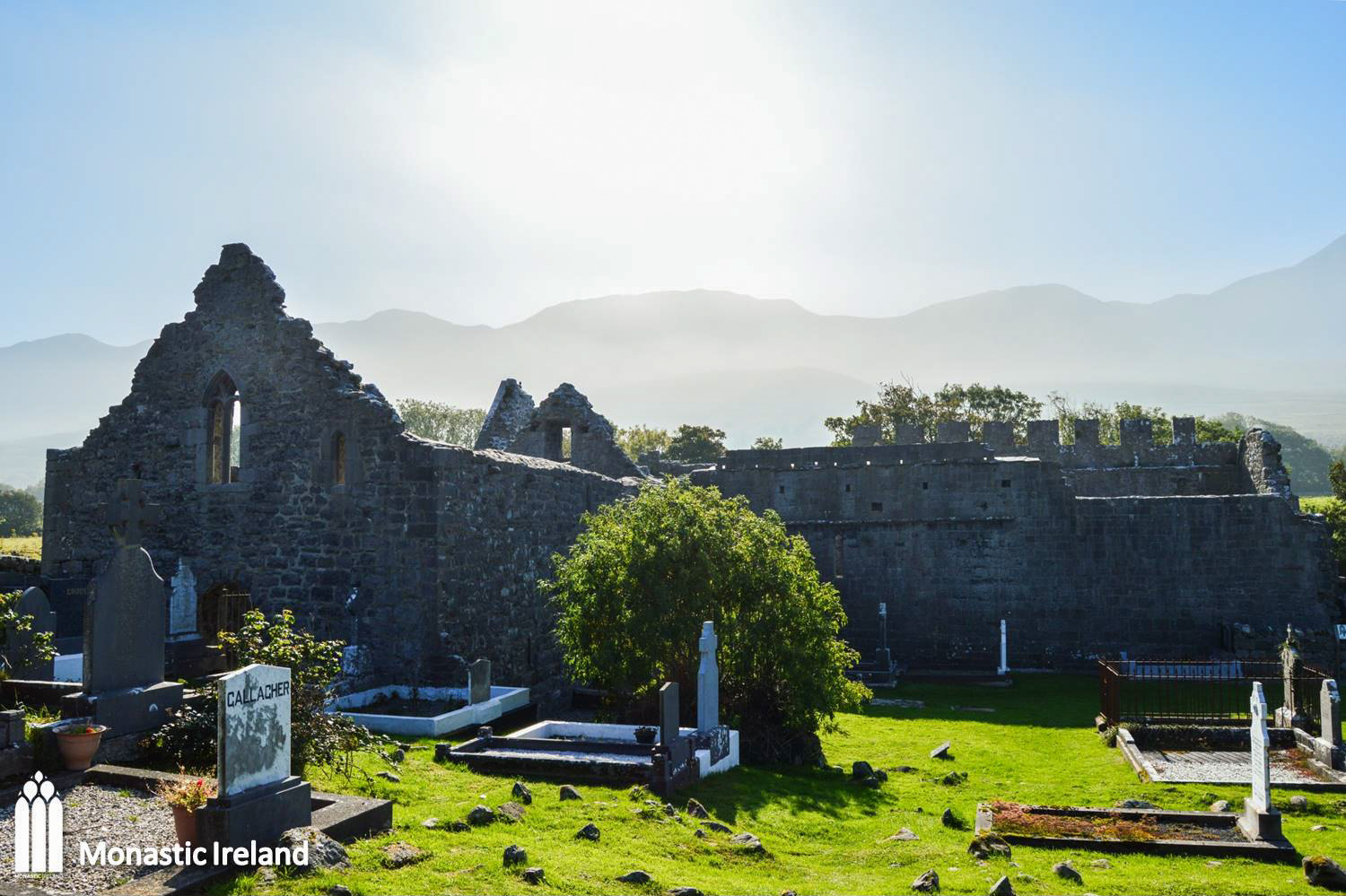 A view of Croagh Patrick from the upper floor of the friary. 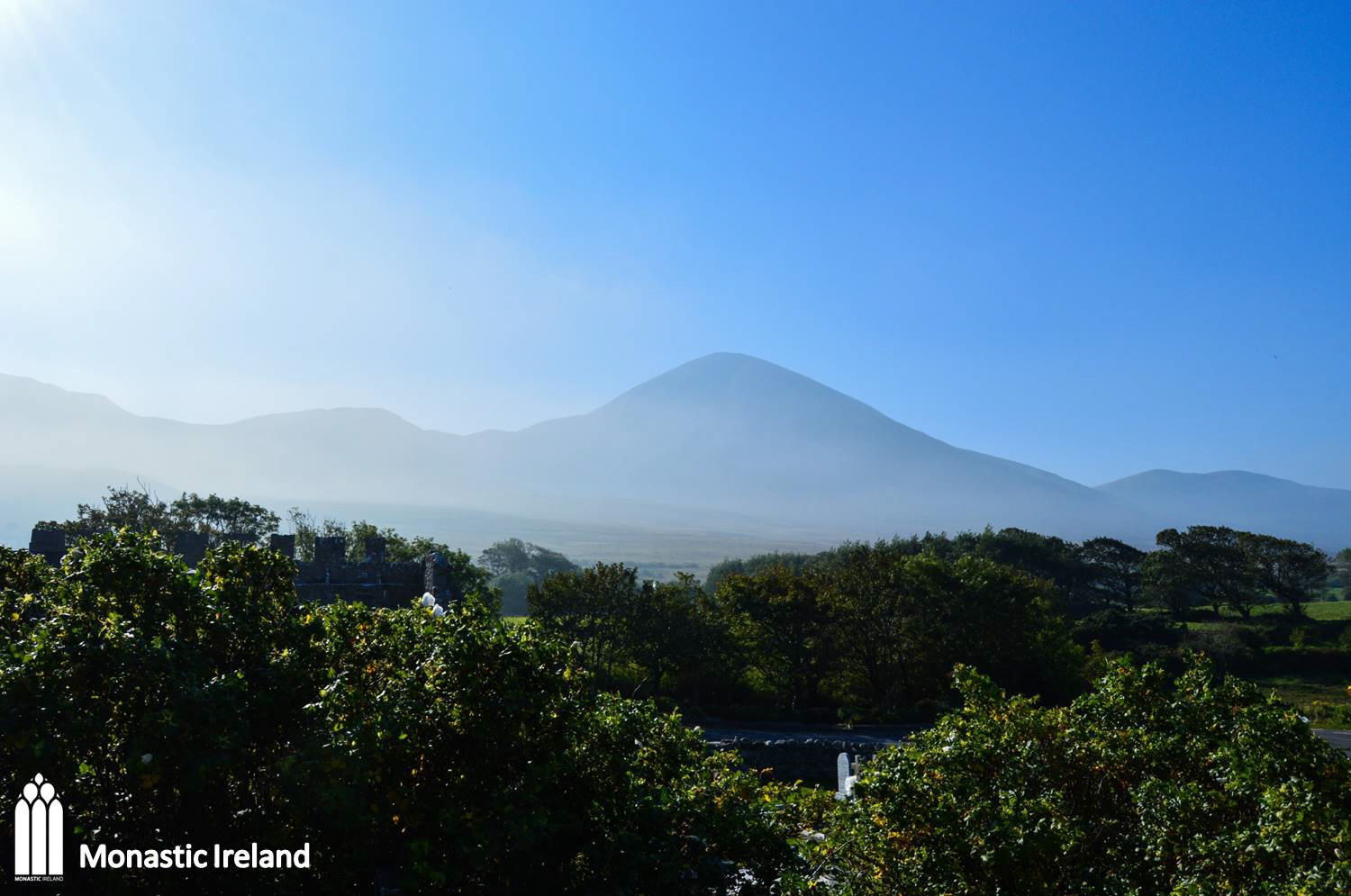 A view of Clew Bay from the precinct of the friary, showing the modern cemetery extending beyond, and the picturesque views of the Bay the friars could enjoy. 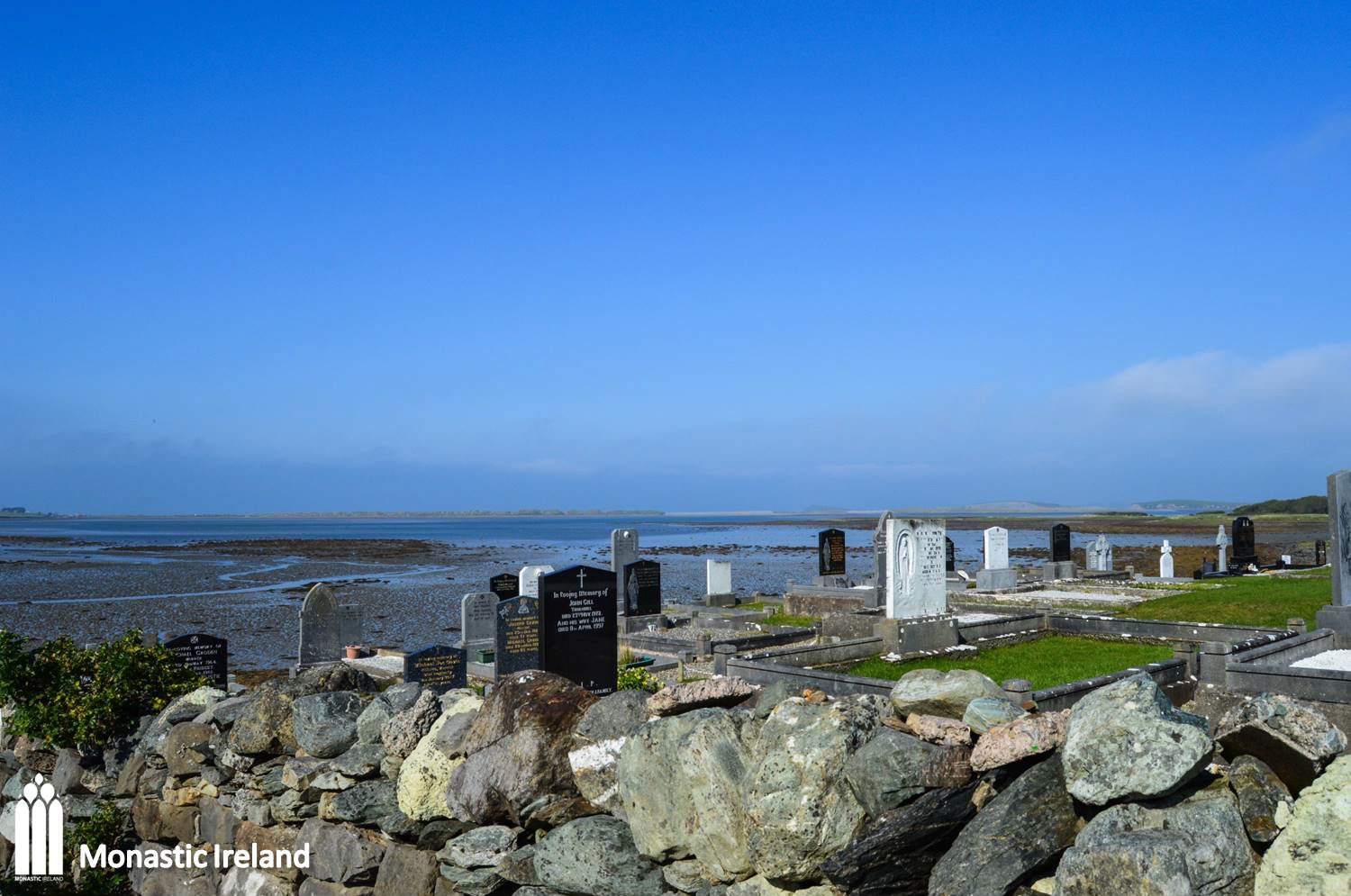 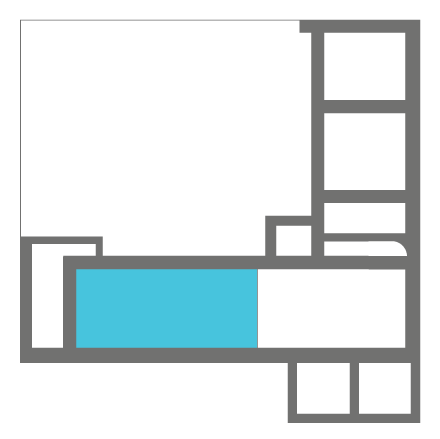 A view of the nave of the church, looking towards the west gable, beyond which was a tower, in a unusual position, as in a mendicant context belfry tower would usually be located between the nave and the chancel. The tower has collapsed but in the west wall can be seen the outline of a pointed arch that led into the tower. The congregation probably entered the nave through the doorway located in the south wall. No structural division between nave and chancel survives, but there probably was a timber rood screen marking the separation between the two spaces. 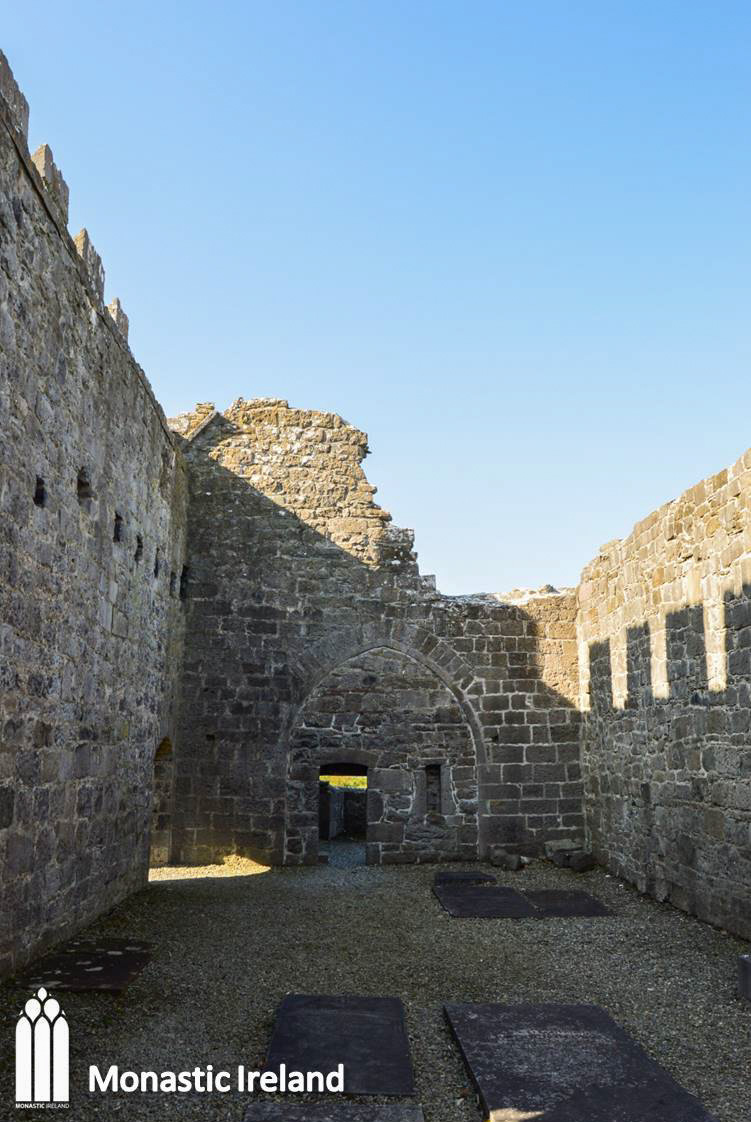 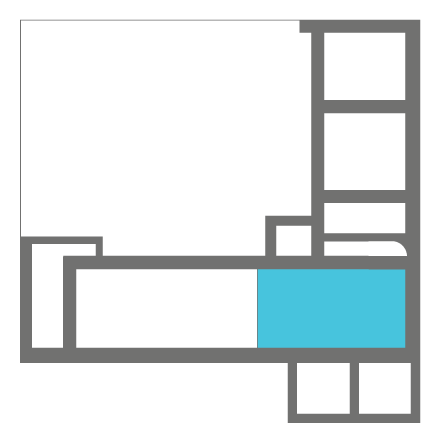 A view of the south wall of the chancel, against which are the remains of two small, modern buildings, the function of which is unknown. 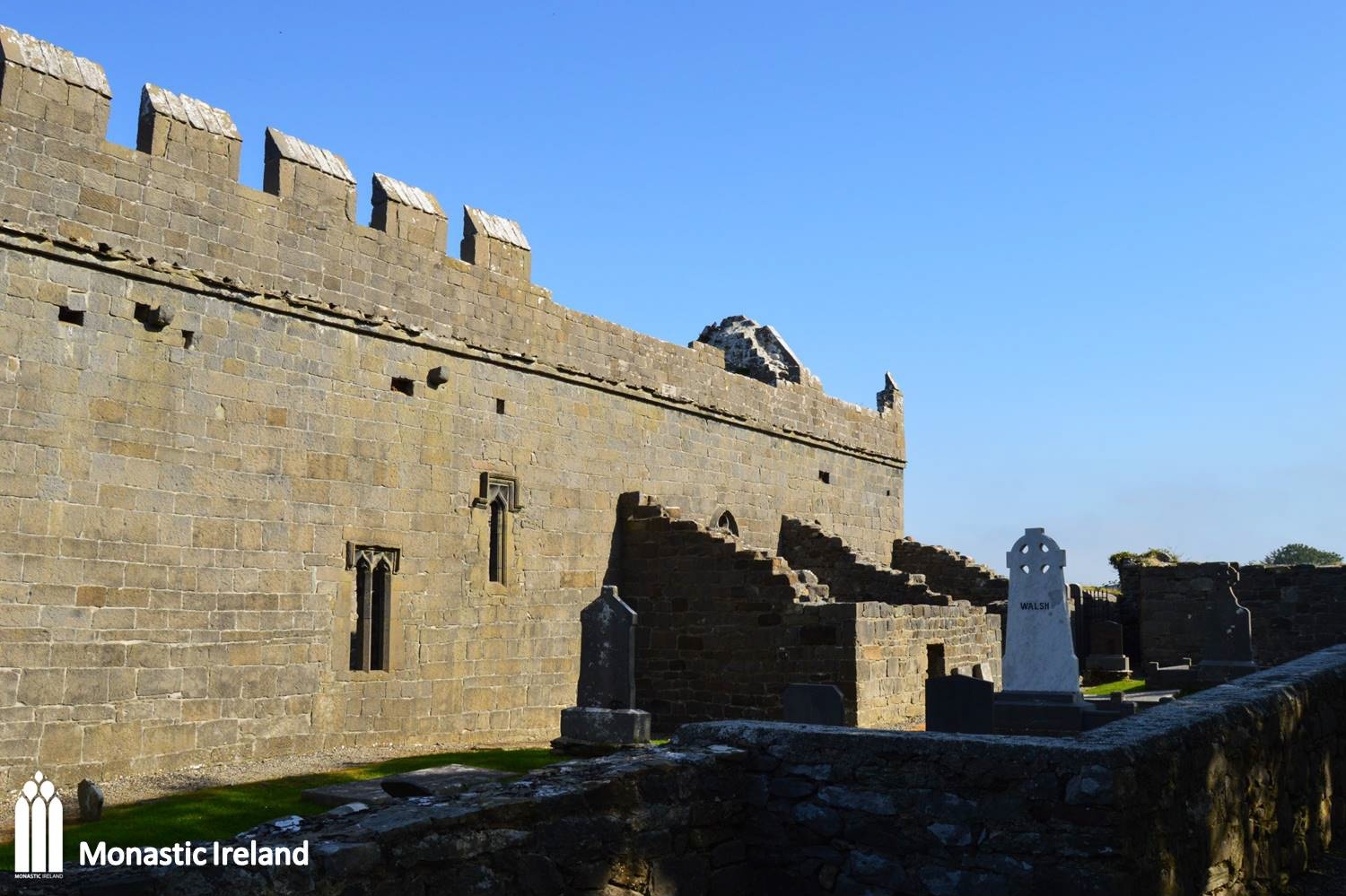 The east window of the friary is considered its most beautiful feature. It is a group of five trefoil-headed lights with switch line tracery, quite typical of fifteenth-century window design in Ireland, especially in a mendicant context; architectural historian Harold Leask has even called it ‘perhaps the best window of its type in the west of Ireland’, suggesting that despite the poverty and remoteness of the foundation as it was claimed in some sources, it benefited from the patronage of wealthy donors. 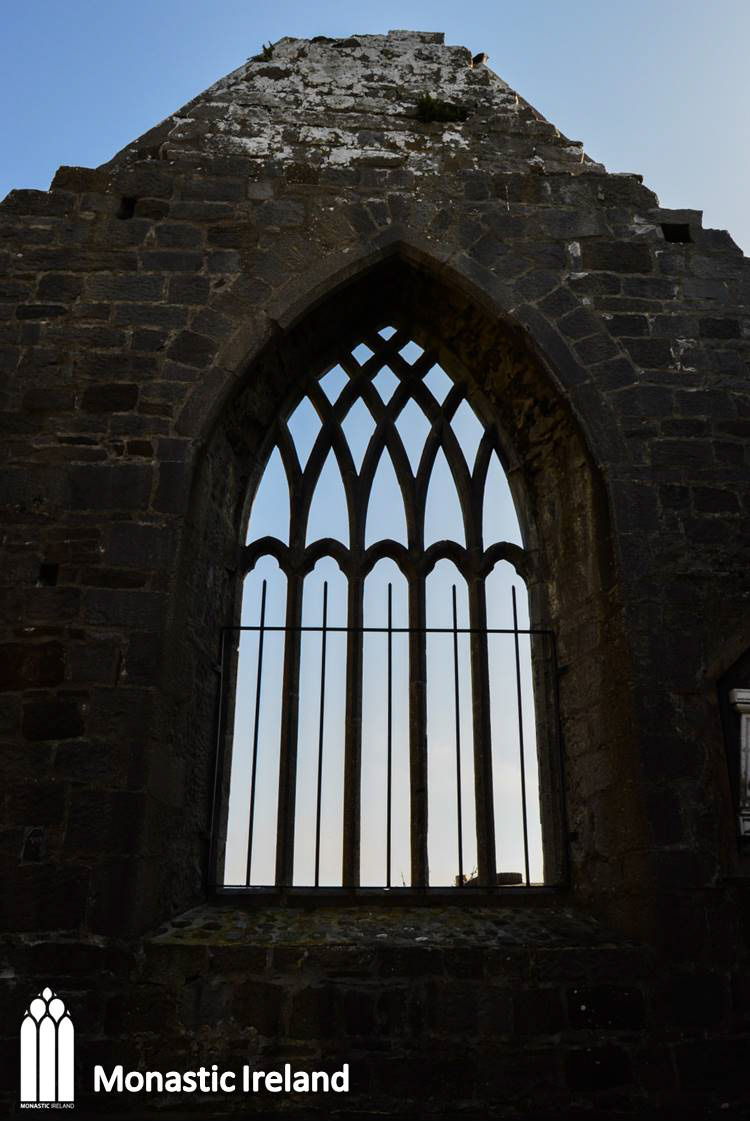 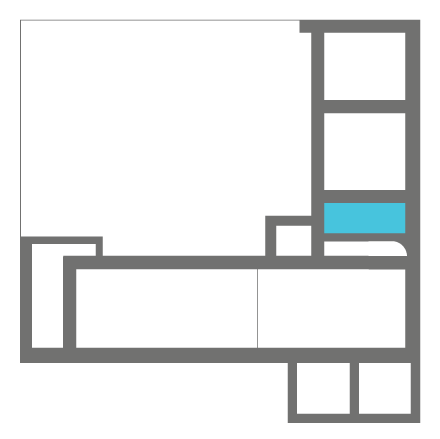 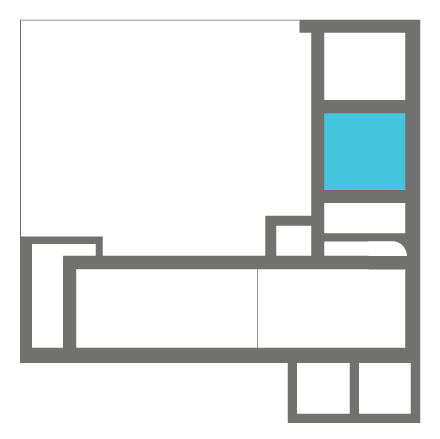 The chapter house played an important role in monastic life. The community gathered here every morning to listen to a reading of a chapter of their rule, to pray for their benefactors, to receive instructions for their daily tasks and to deal with administrative matters. 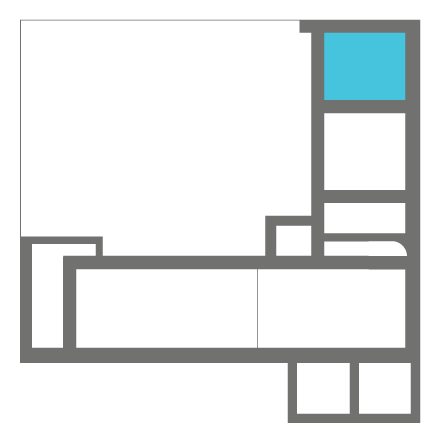 A view of the east range, the only domestic range that either remains, or was ever built. It contains three rooms, the sacristy, the chapter room, accessible from the cloister garth, and a room the function of which has not been clearly identified. It does not appear to have been accessible from the chapter house, though an eighteenth-century ground plan by Austin Cooper shows a doorway between the two. That room is also accessible through the north wall, and it is possible it would have been used as a refectory for a small community of friars. In the upper floor was the dormitory. 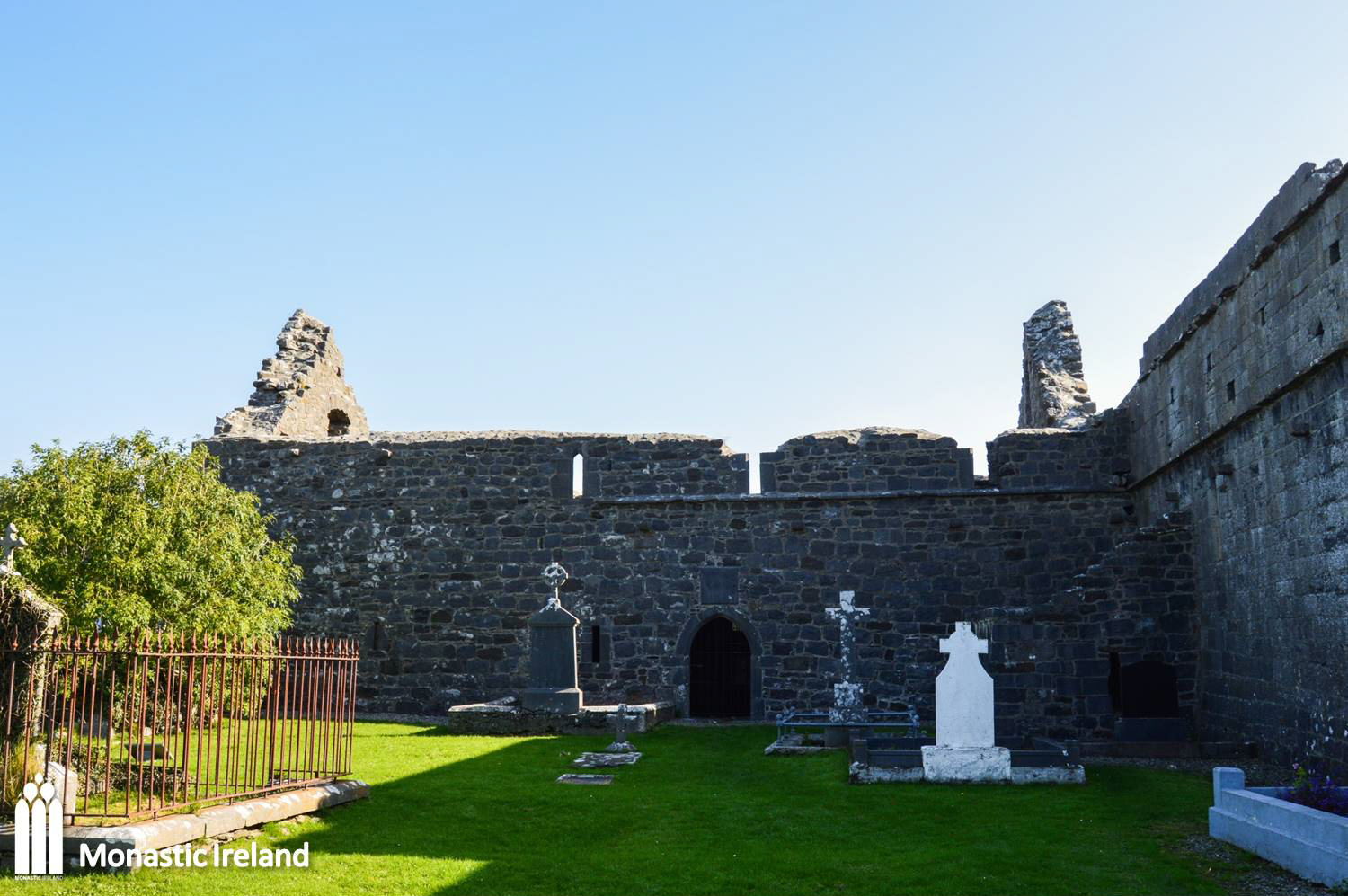 Between the chancel and the sacristy is a small passage. 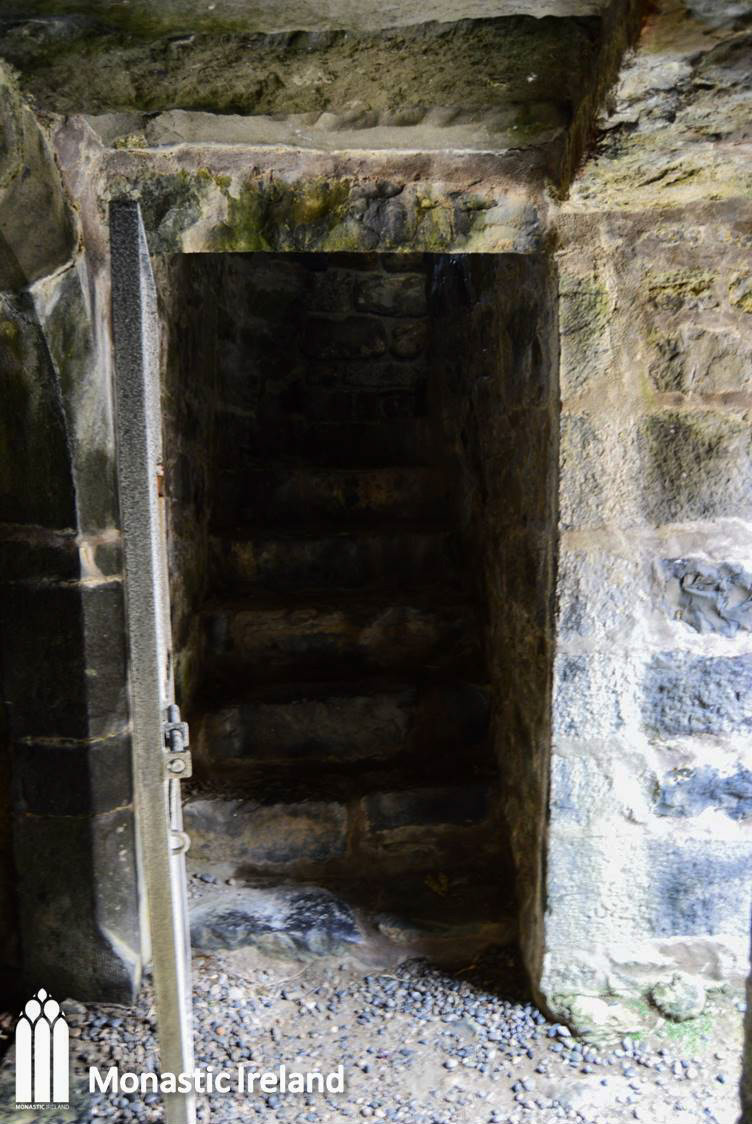 This passage is where spiral stairs lead to the upper floor, where the friars’ dormitory was located. 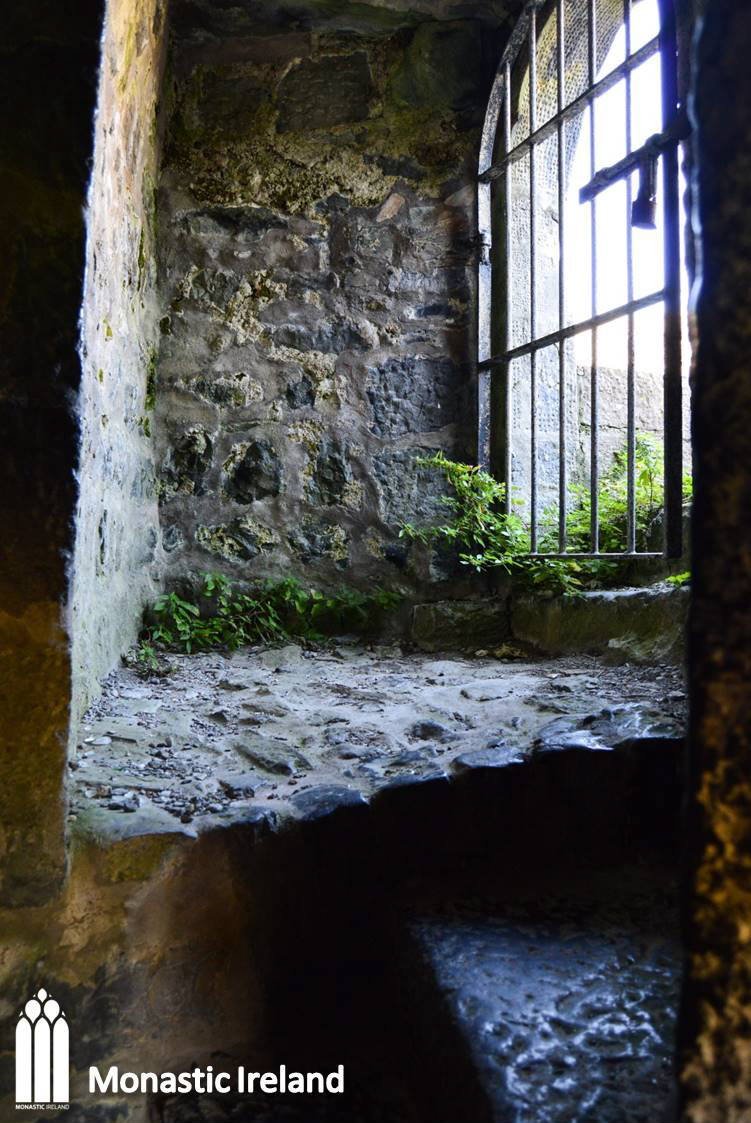 A view of the upper floor of the east range, where the friars’ dormitory was located. In the north gable is a double-light with switch-line tracery. 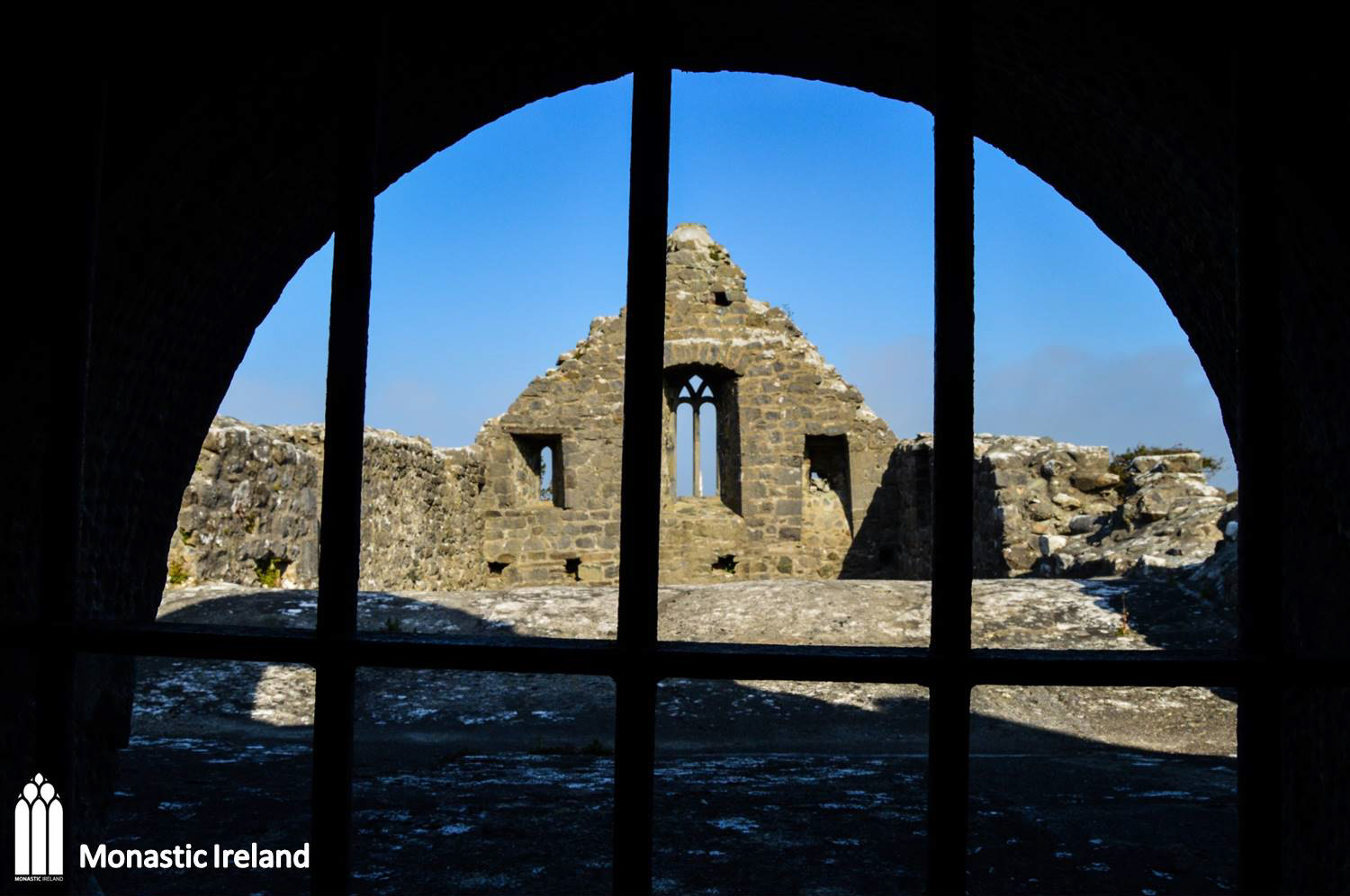 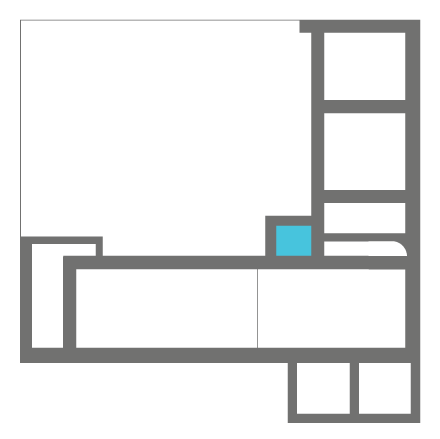 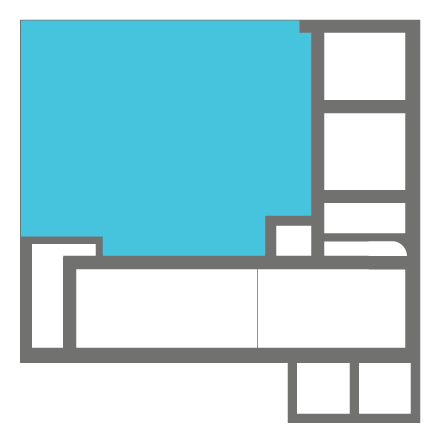 There is no material evidence that a cloister walk and arcade was ever built, but the spring course and corbels running along the north wall of the church and the west wall of the domestic range indicate that a lean-to structure it was at least intended to be built. 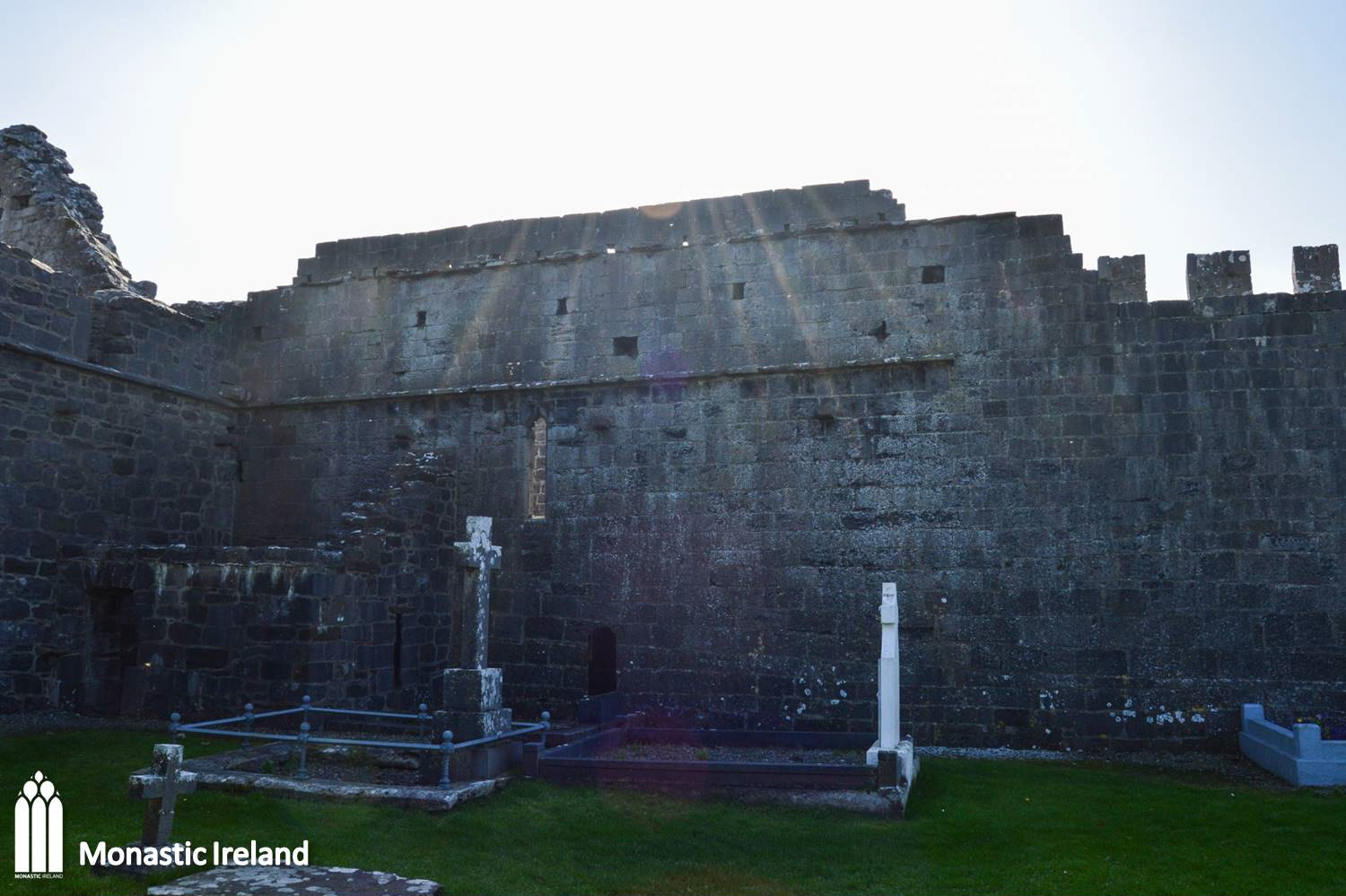 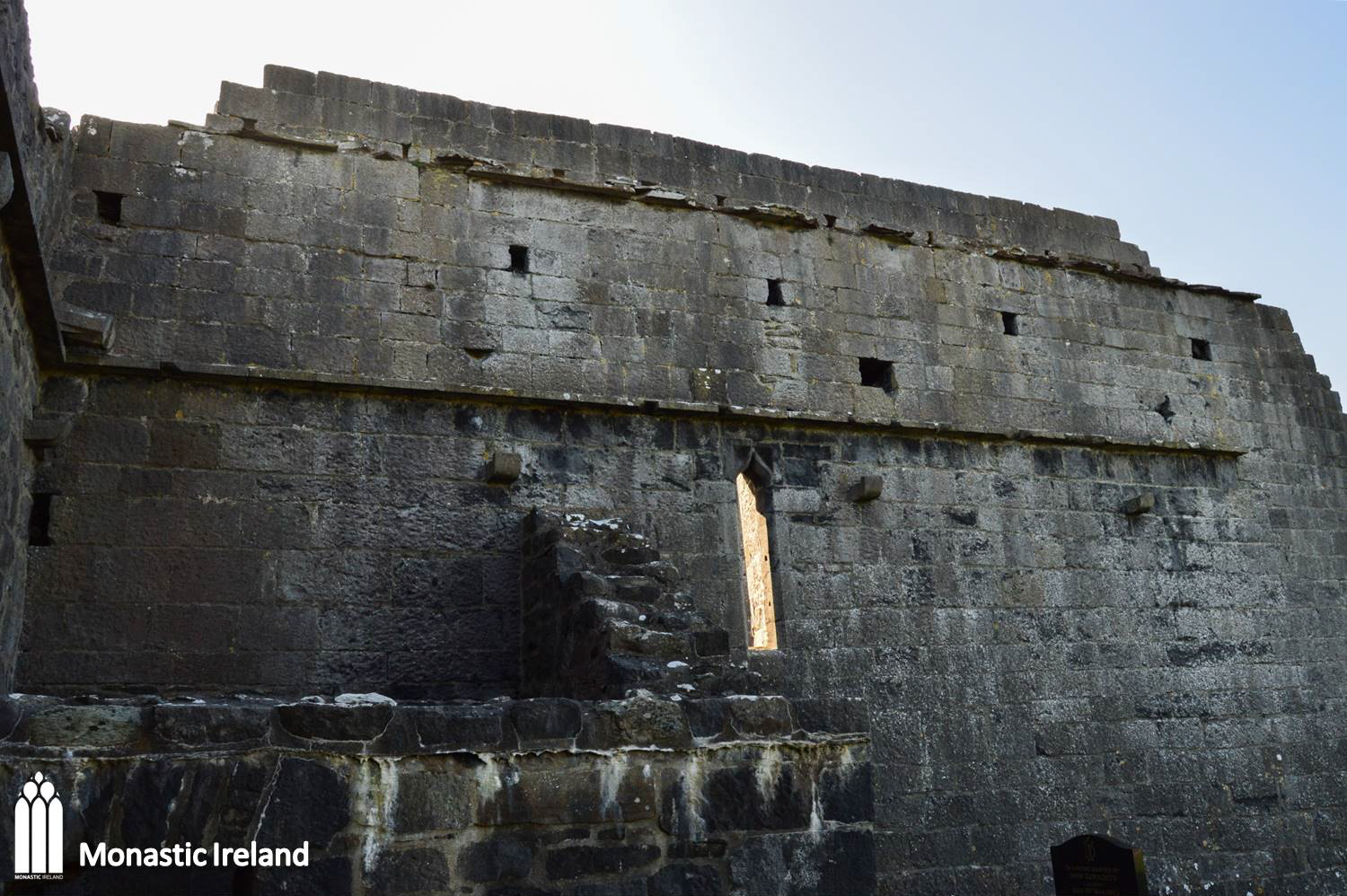 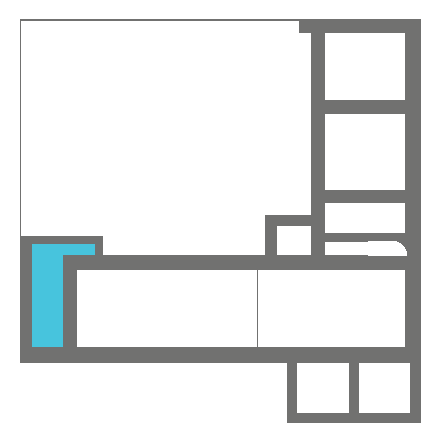 Very little remains of the belfry tower that stood at the west end of the church, but we can still make out the outline of the blocked pointed archway that led into the nave, and small section of the springing stones of the vault, which would have been a rather complex rib-vault. 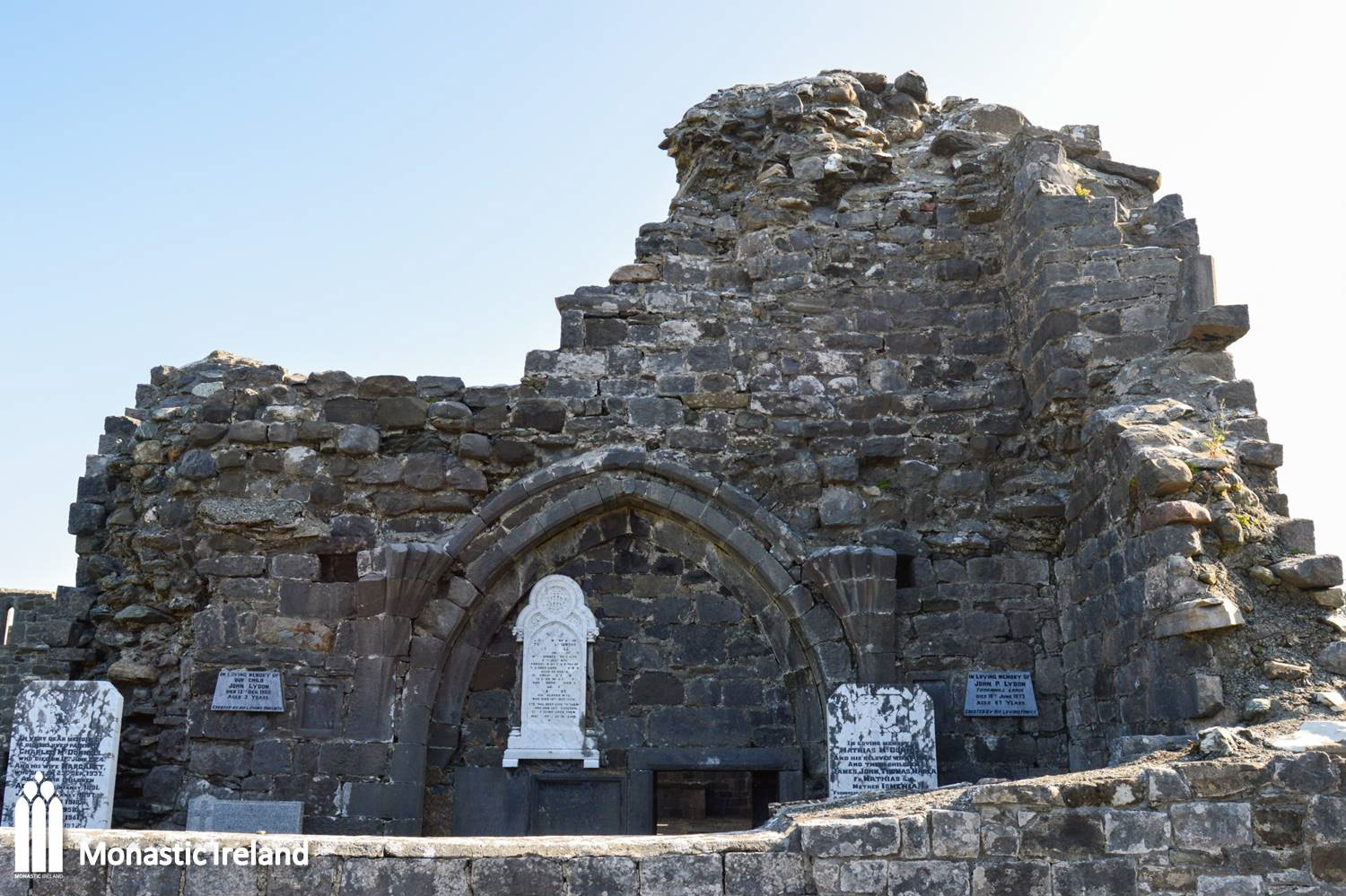 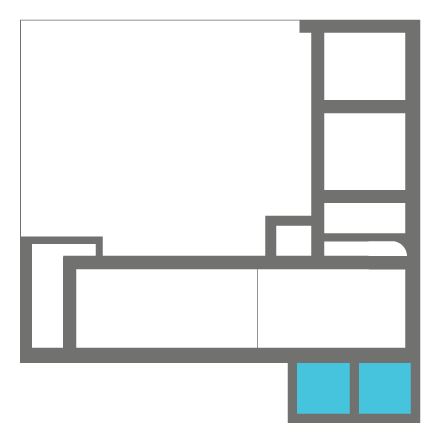