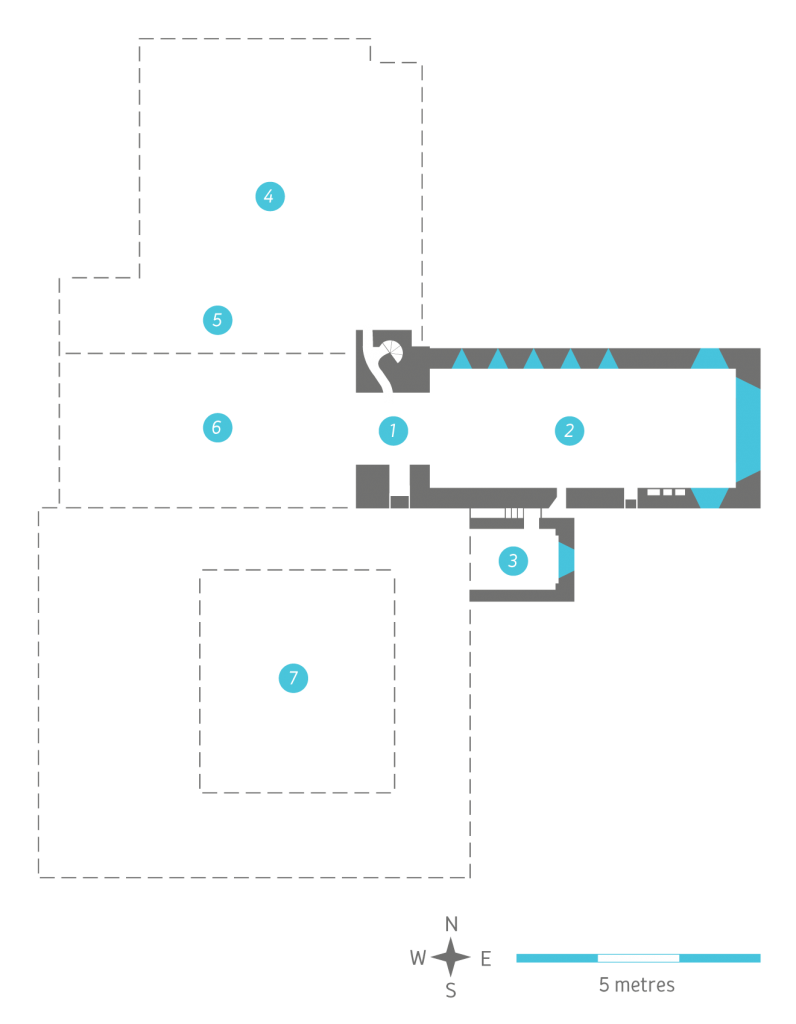 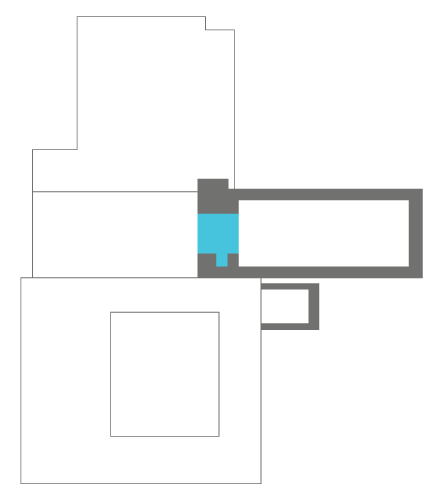 A view of the friary church tower. Beyond is the chancel, and the tower would have stood at the east end of the nave, which is now gone. We know that the tower was built after 1348, when a confraternity was established to fund its construction. The Black Death, a terrible plague that killed millions across Europe, erupted in Ireland in 1348 and it is believed that it might have postponed the construction of the tower to after the plague died out in 1349. 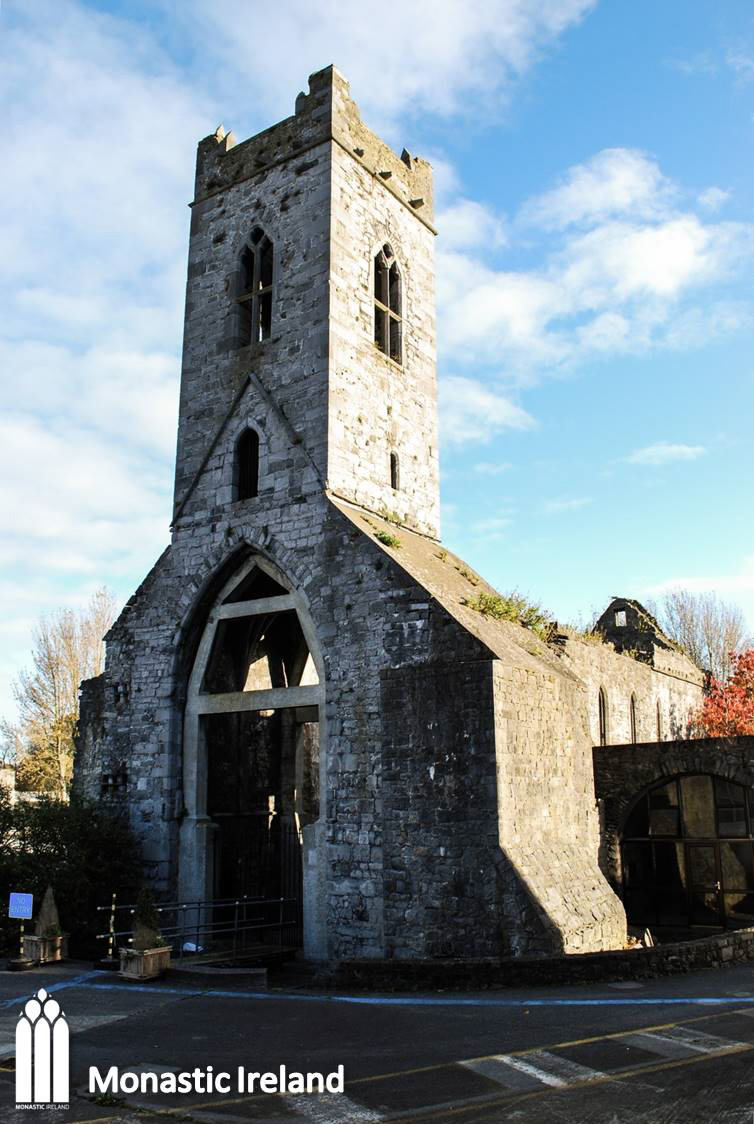 This small rib-vaulted recess is located under tower, to the south. Like the tower arches, it is adorned with figurative carvings at the responds of the vault ribs, probably representing members of the confraternity established to pay for the tower. The recess might have acted as a small chapel where the friars could pray for the souls of their benefactors, the figures a constant reminder of their pious donations. 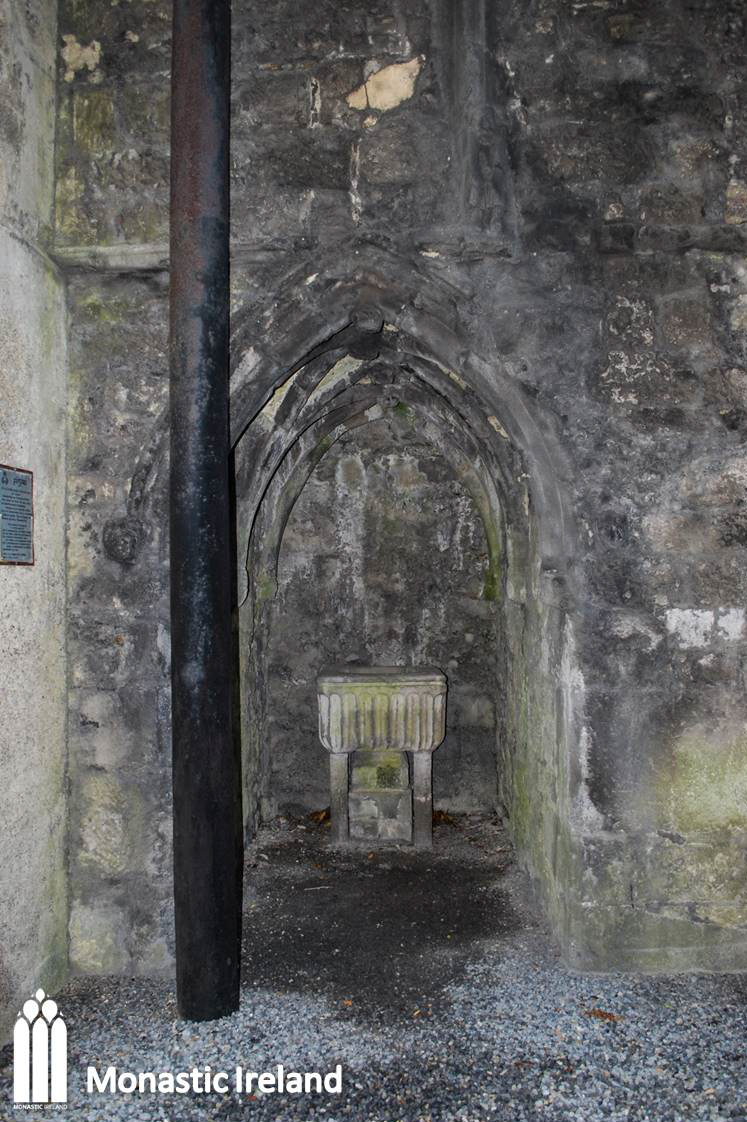 The crossing tower, built sometimes after 1348, is rib-vaulted. 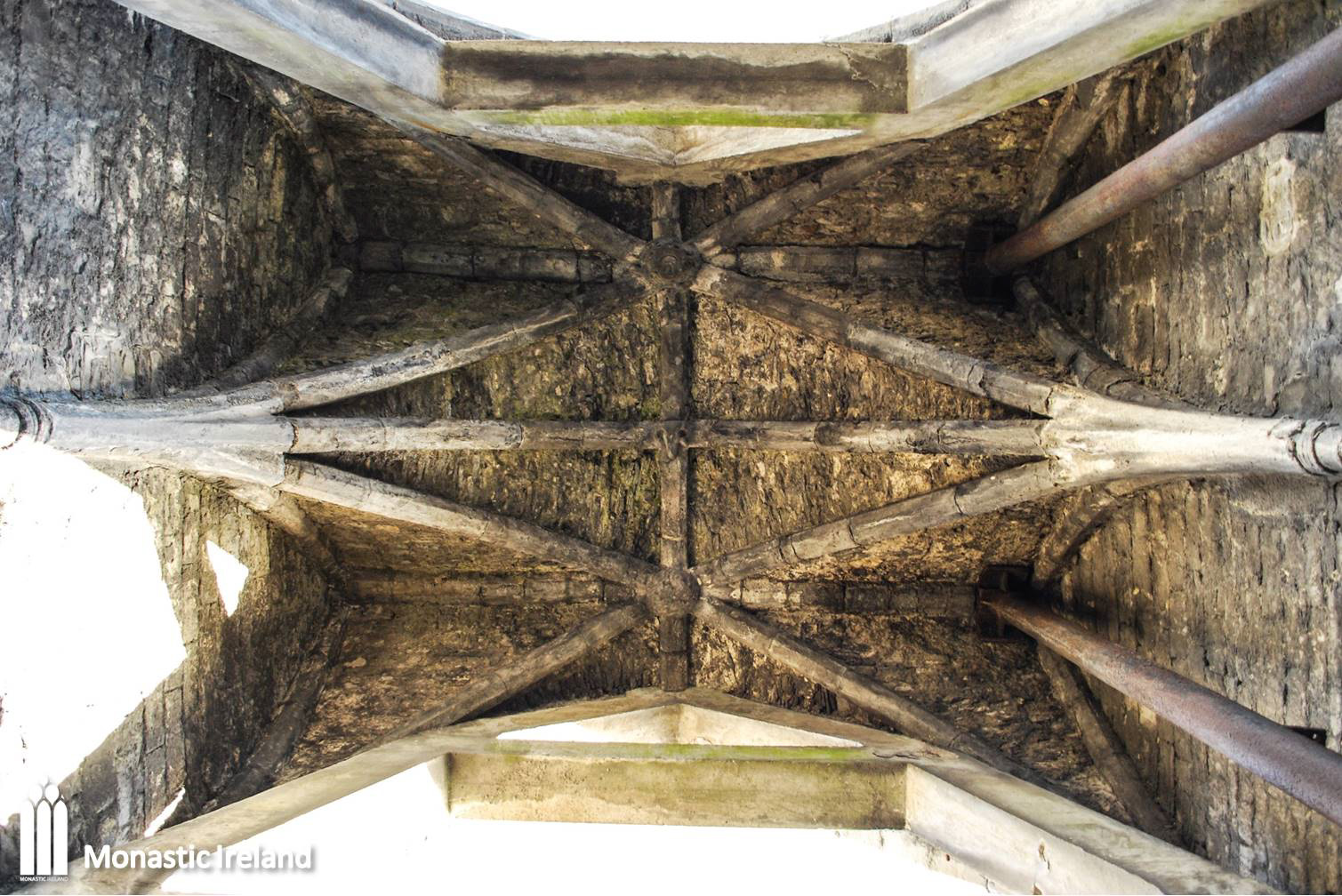 These two interesting carvings are located at the stops of mouldings on the internal face of the western arch of the crossing tower, at roughly eye-level. They are two of a group of four such carvings, the other two placed in the other tower arch. They probably represented members of the confraternity that was established to fund the construction of the tower in 1348. The Black Death probably delayed the work, and the sad and shocked expressions of the figures has been directly linked to the legacy of the terrible event, the benefactors seen as carrying the weight of the tragedy on their shoulders as they carry the weight of the tower they helped build with their pious donations. One is the figure of a woman, holding on to the moulding stop with her left hand, her other hand helping to support her left arm. 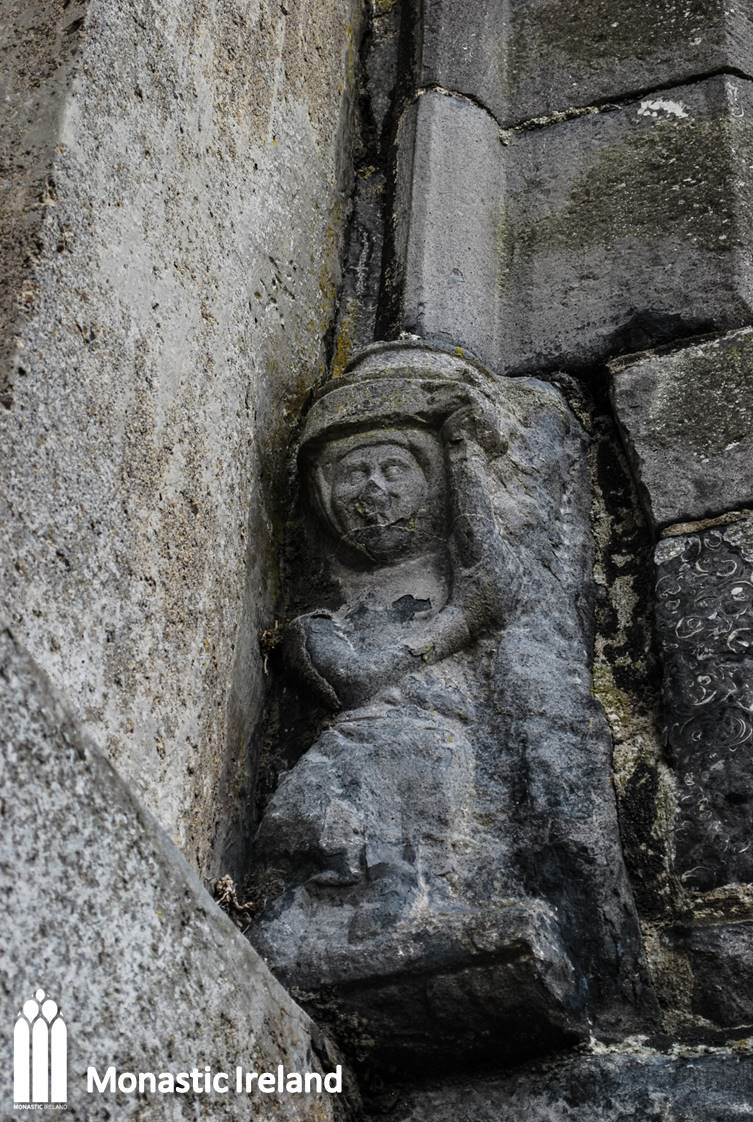 The other figure, a man, looks afflicted as he crouches down, his head supporting the moulding stop. 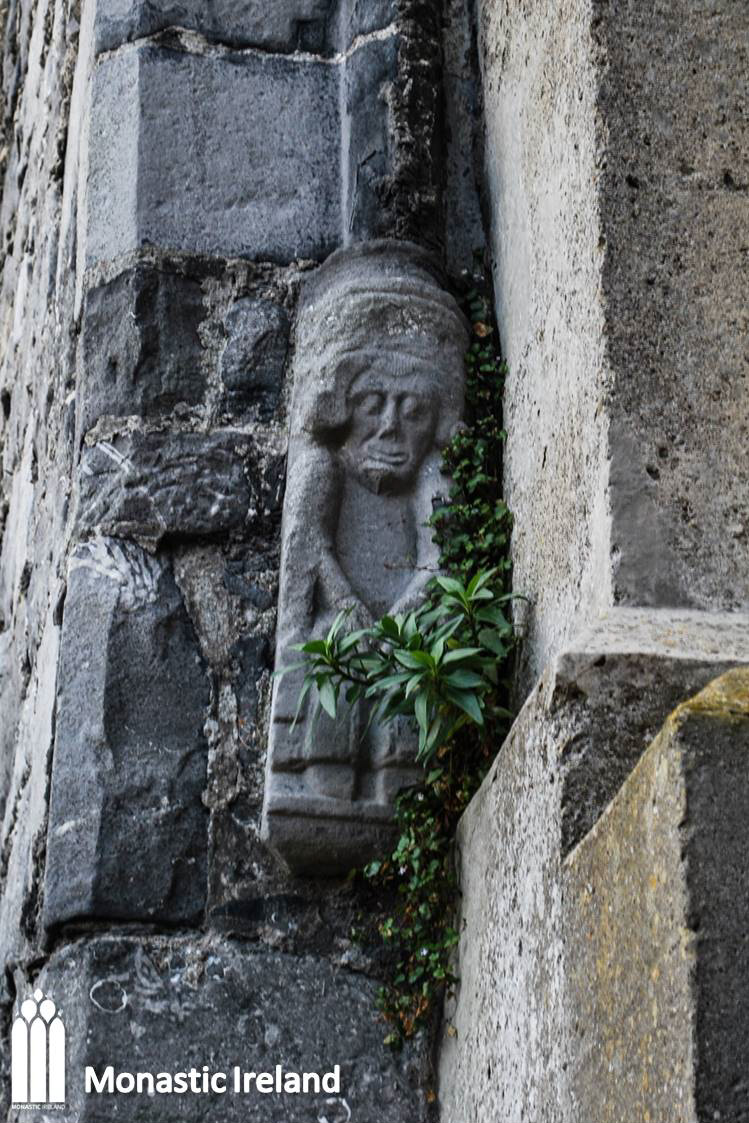 These carvings are two of four placed at the stops of mouldings on the internal faces of the tower arches, and these are placed on the eastern arch. Like their counterpart on the western arch, they probably depict members of the confraternity established to pay for the construction of the tower. The two figures are bearded and seated or crouching, the mouldings stops resting on their head. One is seen holding on to the stop with one hand, his other hand resting on his leg. 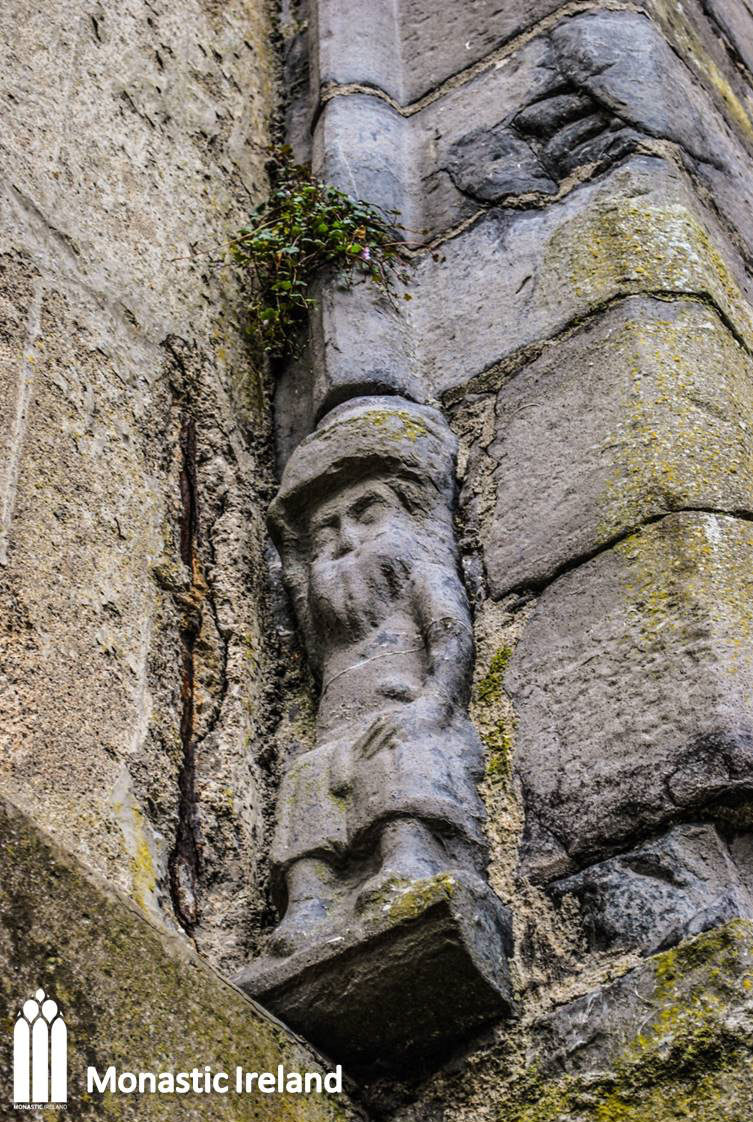 This figure is holding on to the stop with both hands, a pained expression on his face 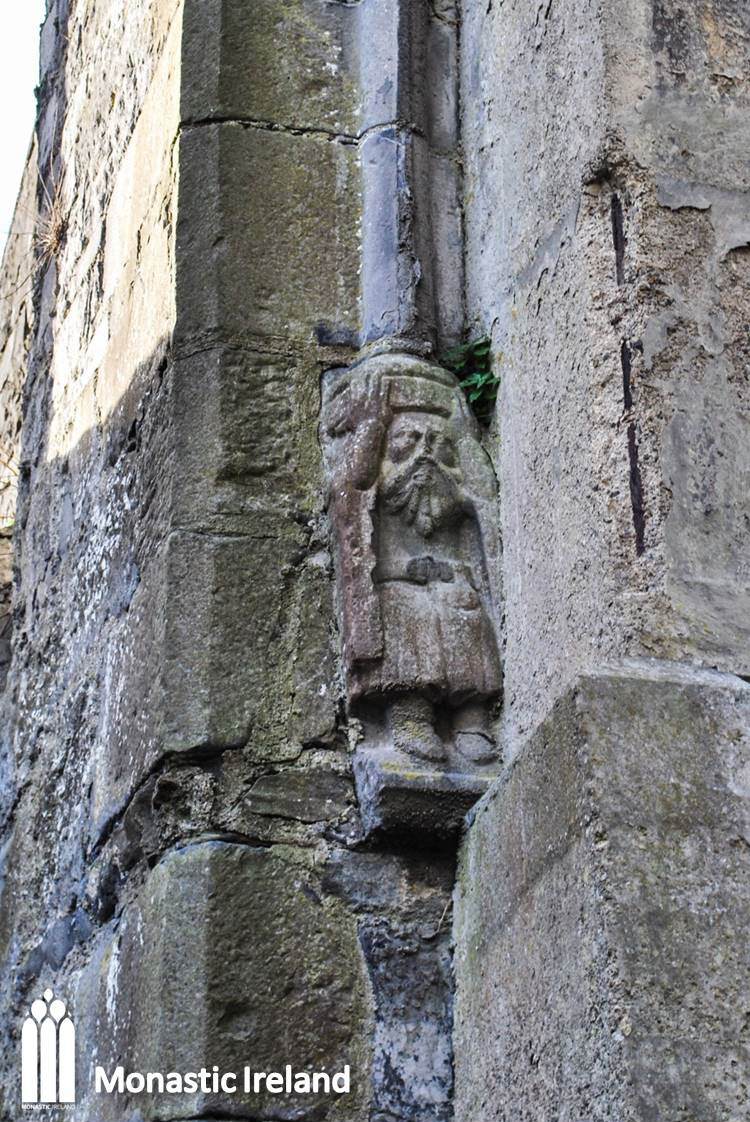 A closer look at the figures carved as responds of the rib-vaults in the south recess under the crossing tower. The carvings are unfortunately very weathered. 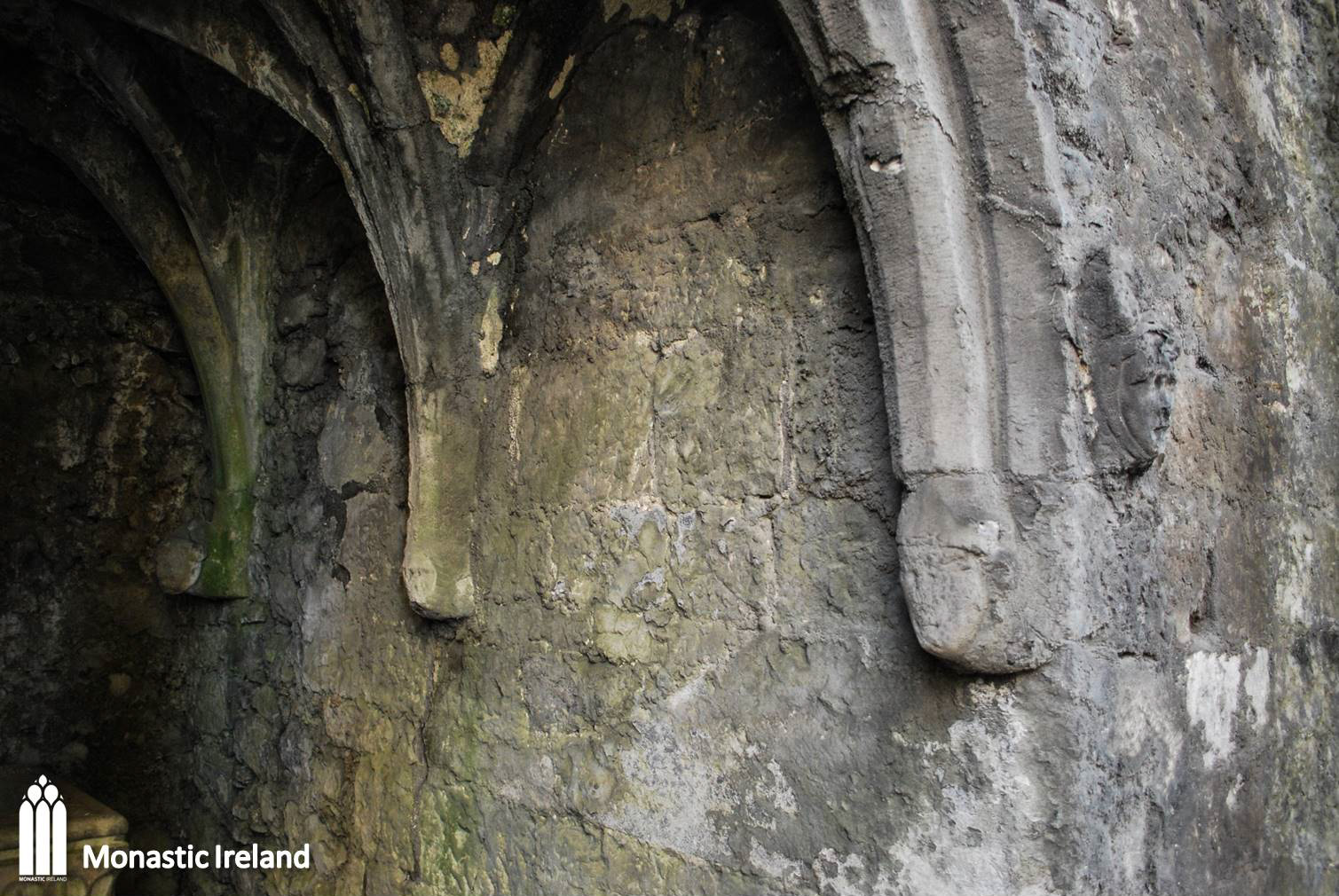 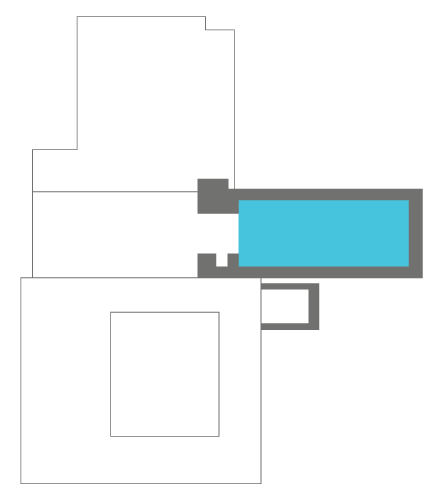 A view of the North elevation of the tower and the chancel, showing the five lancet windows and a larger window at the east end of the choir, which emphasizes the importance and sacredness of the sanctuary, where the high altar would have stood. 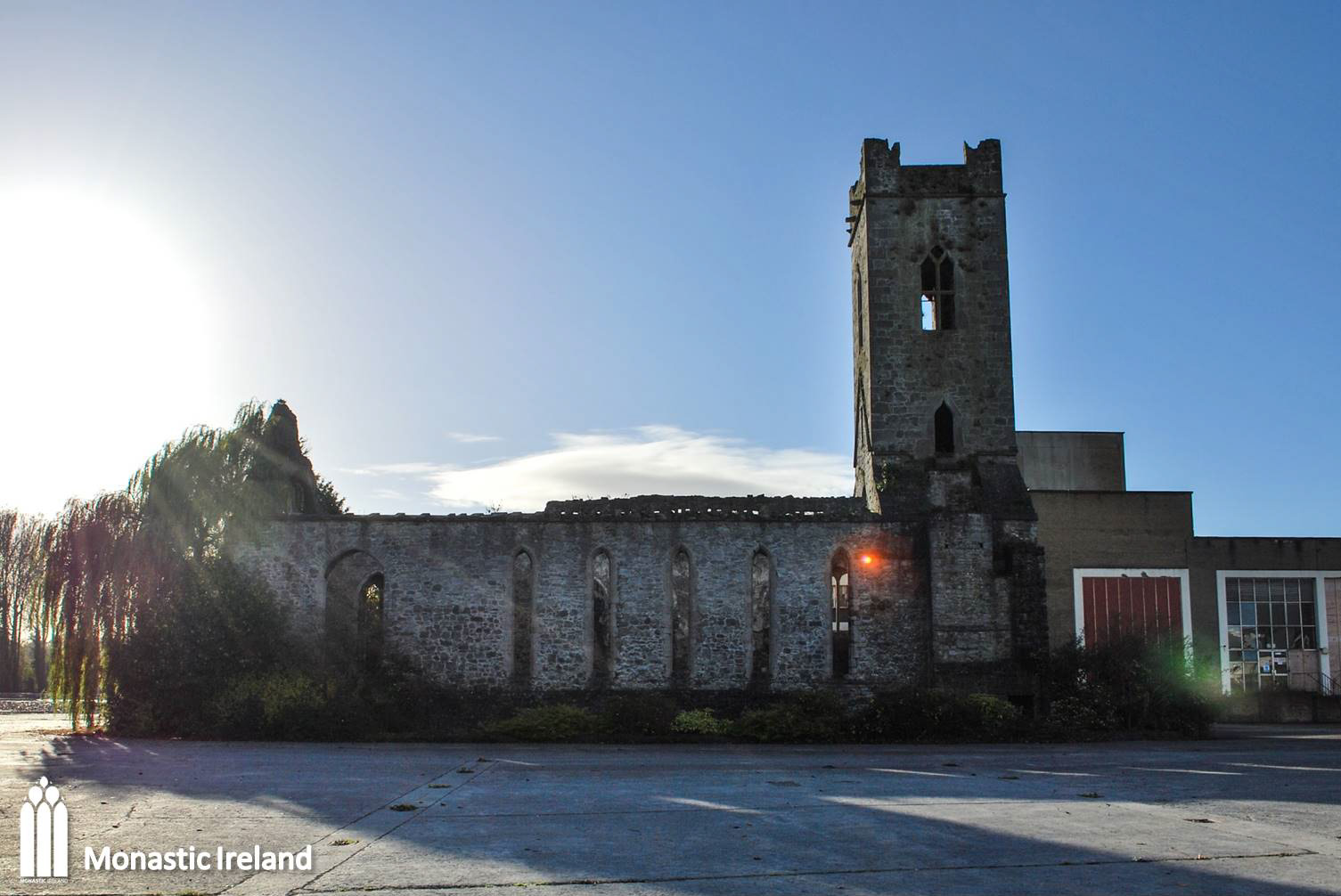 A view of the choir, which at just over 22 meters is one of the longest of all surviving Franciscan churches in Ireland. It is possible that it was extended in the early decades of the fourteenth century. 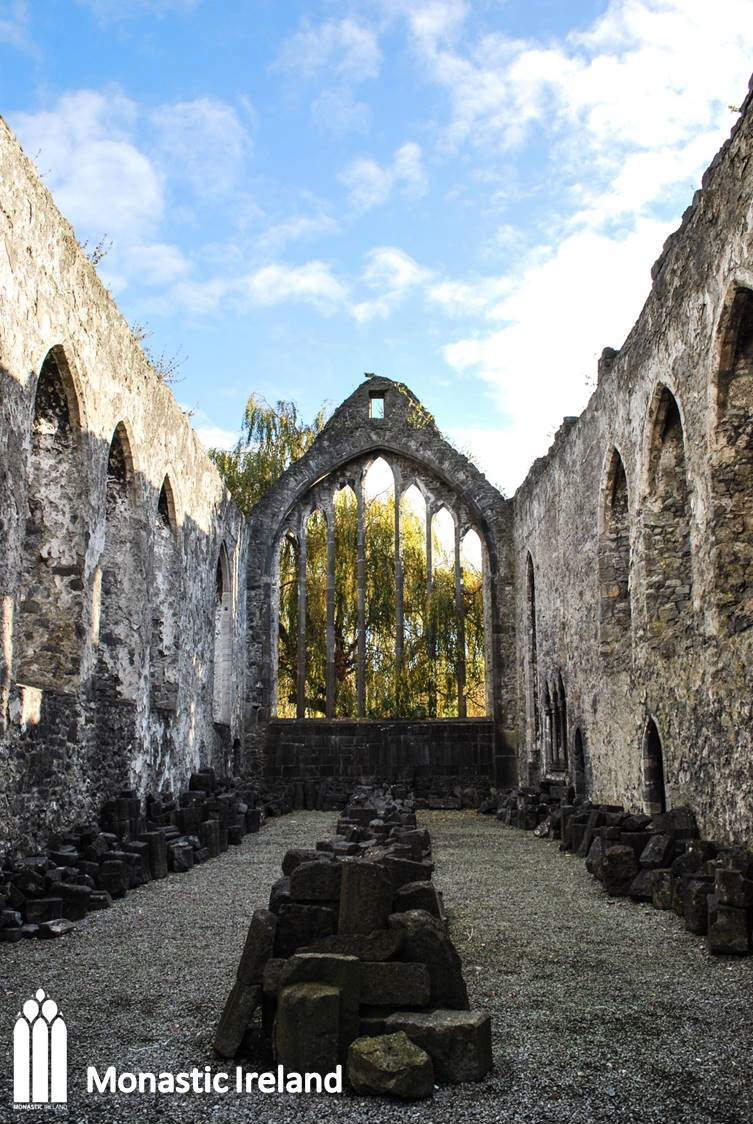 A view of the three sedilia in the south wall of the choir of the church. They have moulded trefoil arches, and are separated by two slim, free-standing columns with moulded capitals and bases. 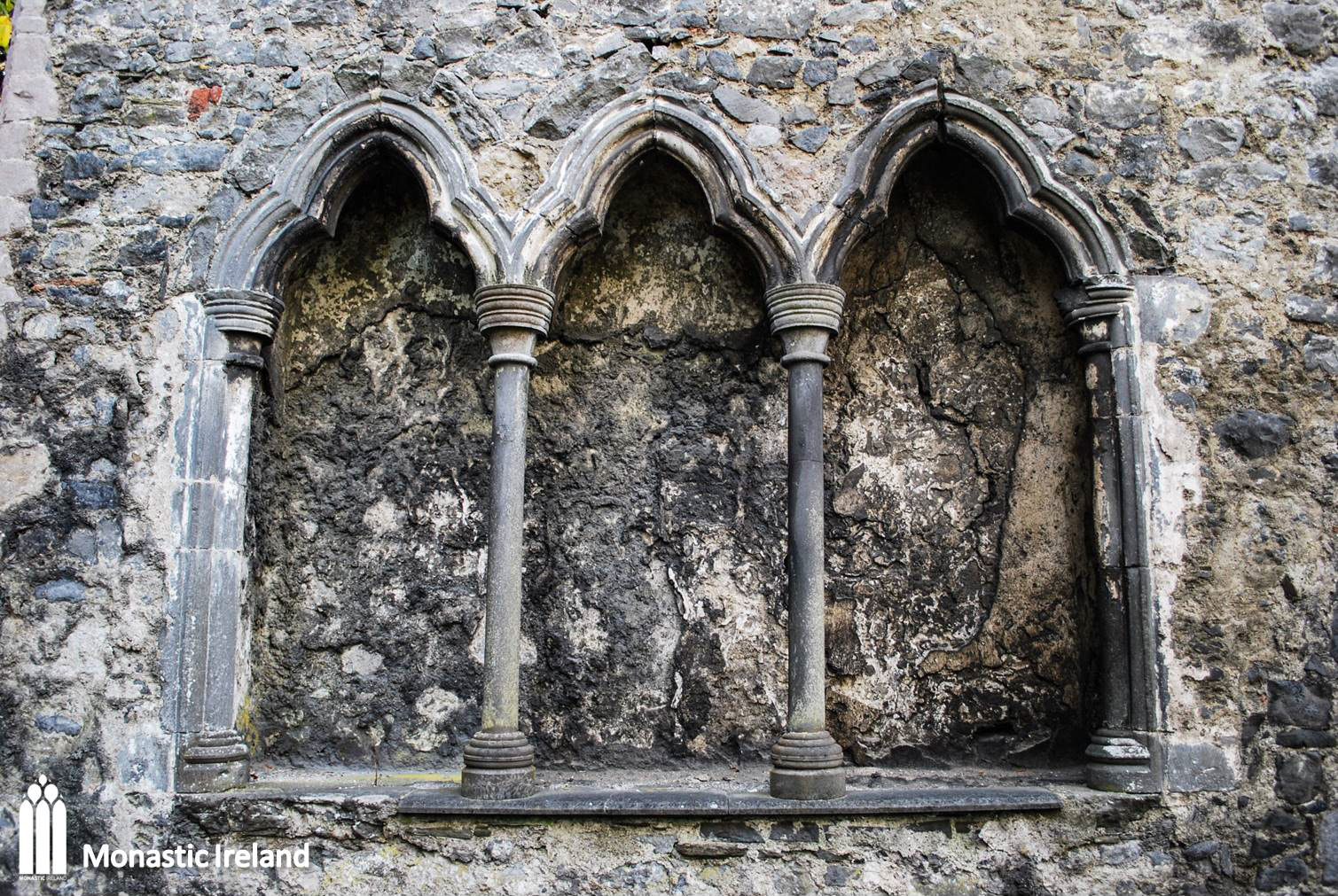 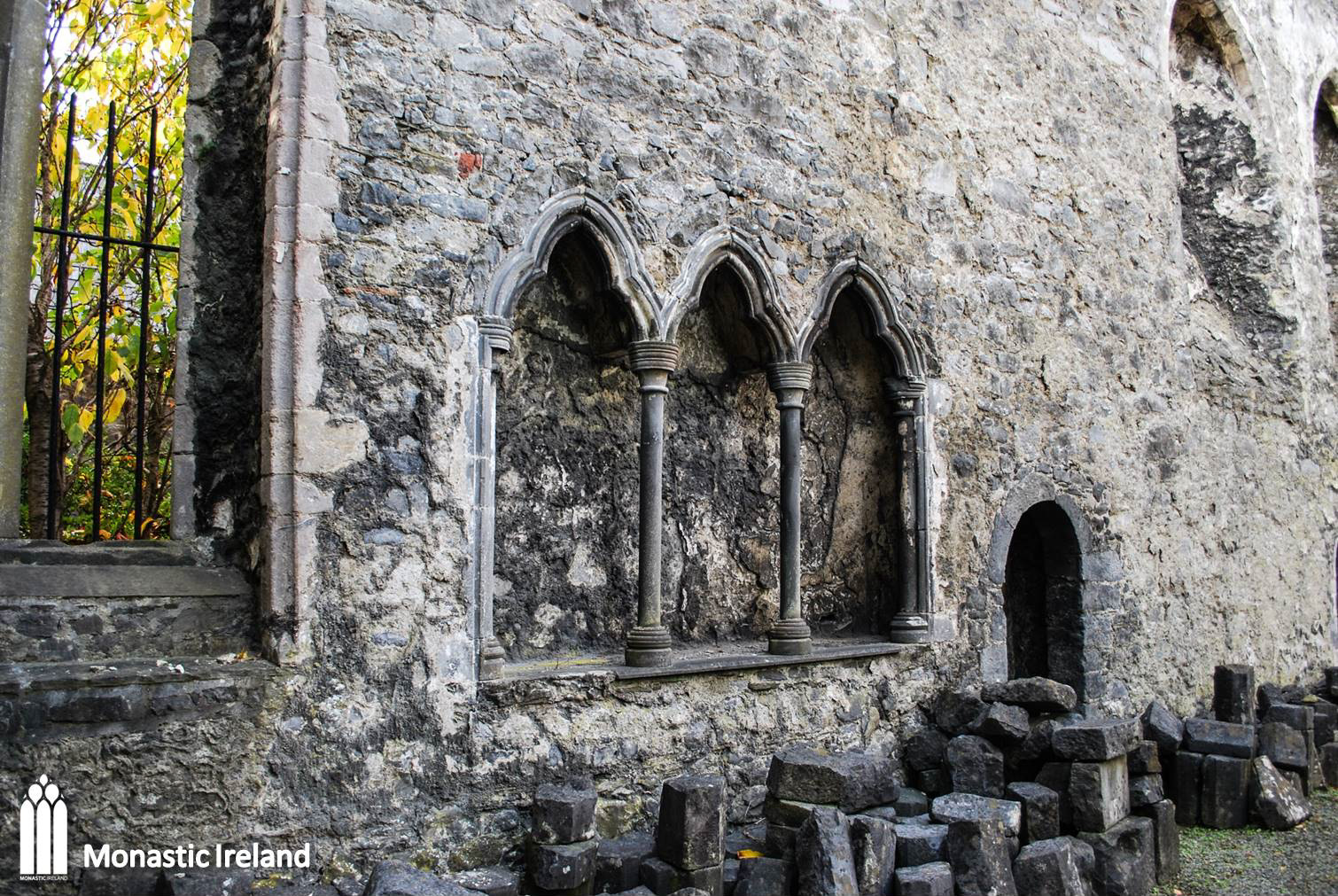 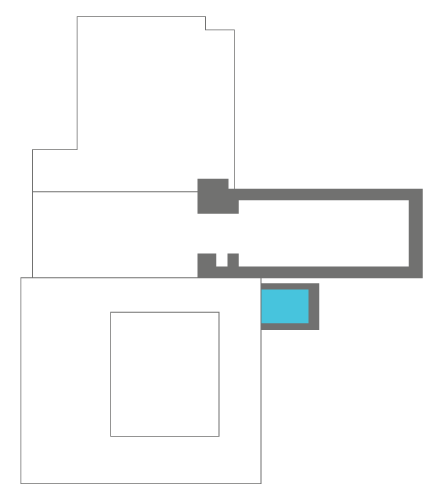 A look inside the sacristy, which was restored by the Smithwick’s brewery and used as an oratory. It is a vaulted space with a simple triple-lancet window in its east wall. 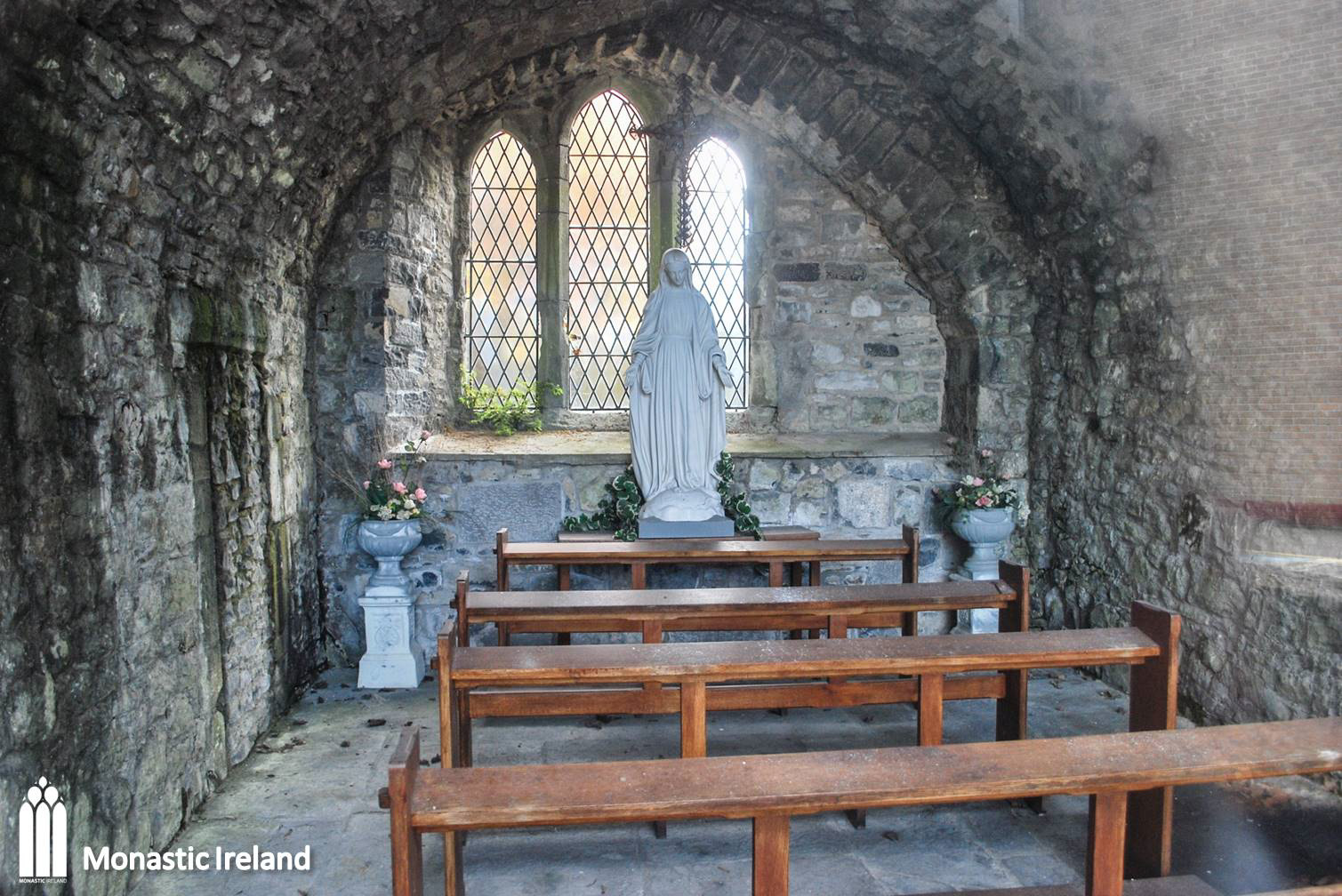 A view of the remains of the restored sacristy from the outside, the only remaining feature of the domestic buildings which would have stood to the south of the church. 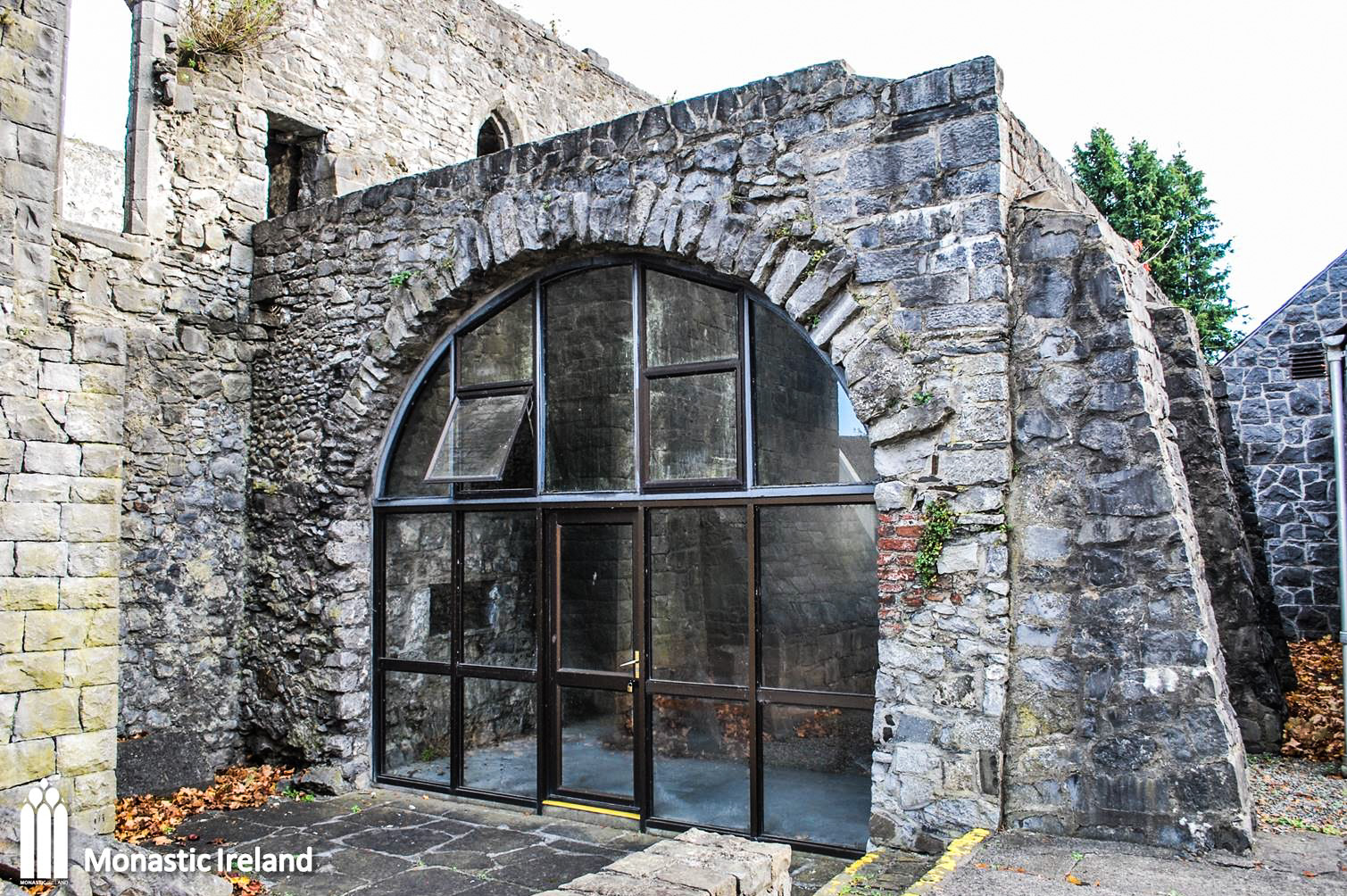 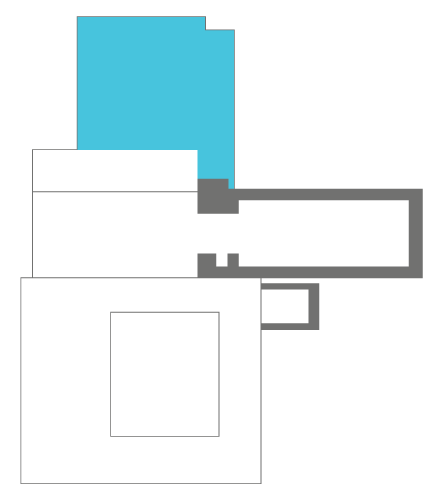 Engaged column with moulded base and moulded and decorated capital, placed just outside the passage that would have led from the crossing tower into the north aisle and north transept of the church; nothing remain of either above ground, but archaeological excavations have revealed their exact extent. 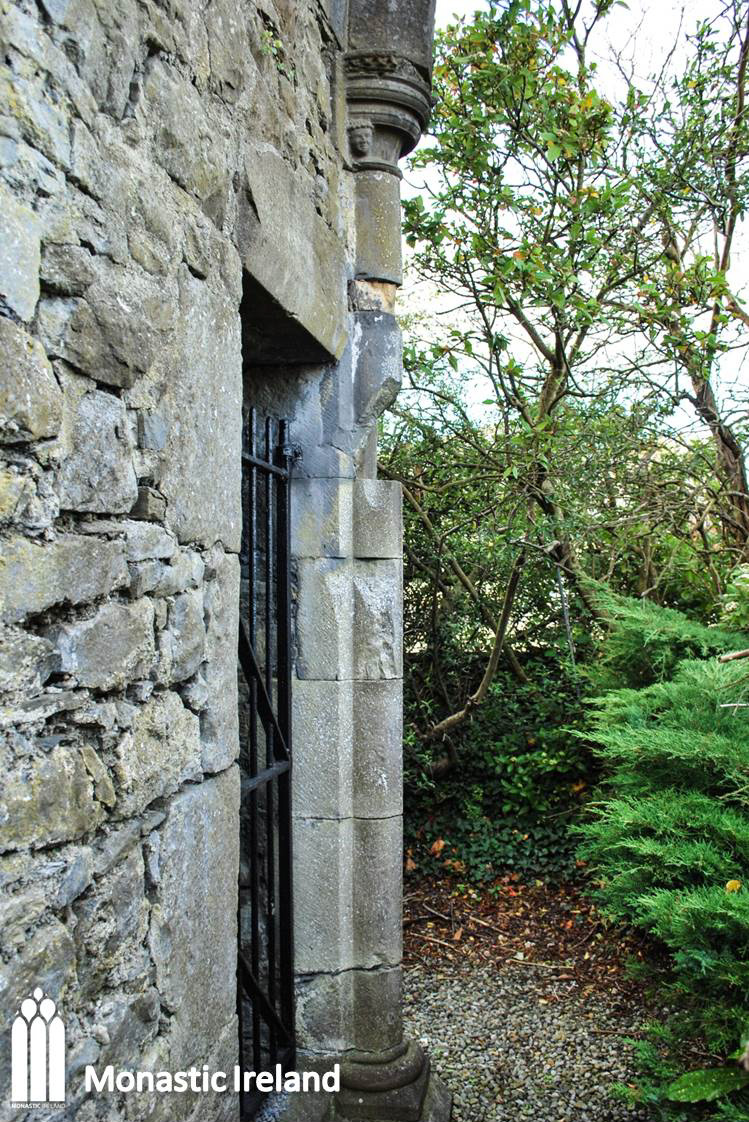 A closer look at the decorated capital outside the passage that connected the tower to the north transept of the church, showing one of two figures carved on either side of the capital. These sculpted features would have been seen by the friars when circulating from the transept chapels in the transept through the passage and back in the choir, and like the figurative carvings under the tower and on the tower arches, they might represent patrons involved in funding the construction of the friary. 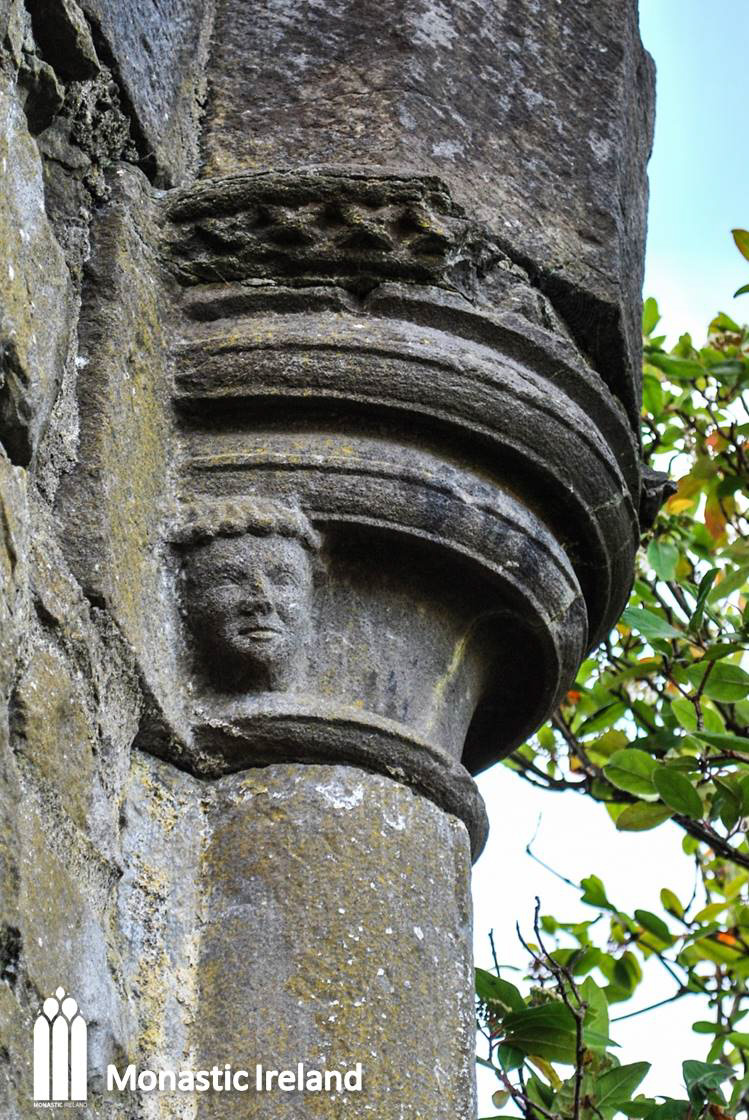 A closer look at the second carved figure on the capital on the exterior of the tower, slightly more weathered than its counterpart on the other side, but similar in style. 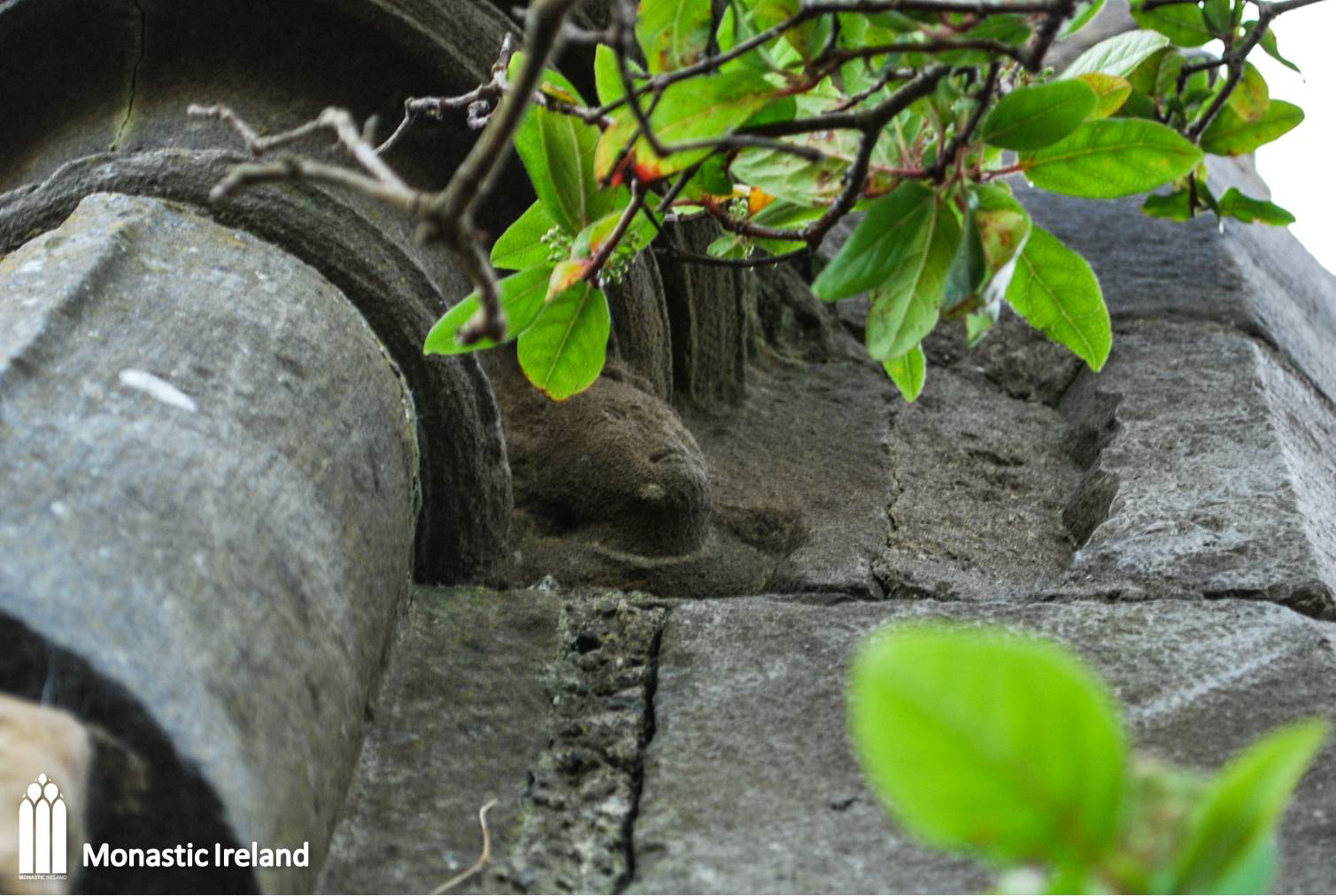 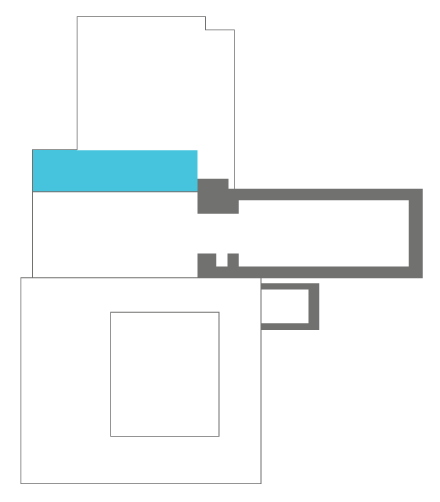 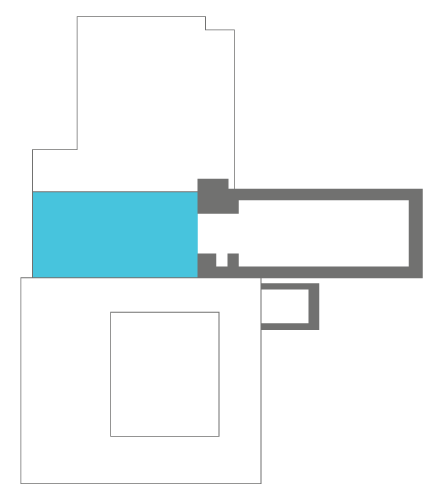 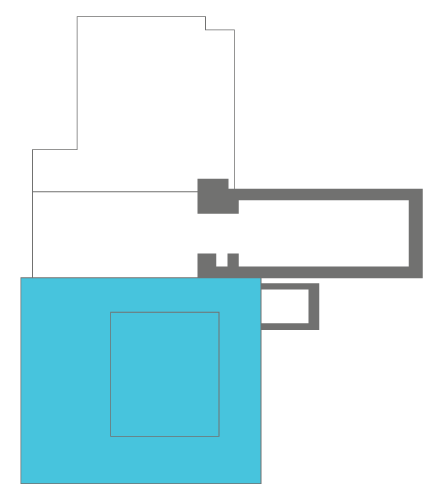 To the south of the nave (now gone) and the tower were the cloister and domestic buildings. Nothing remains of it above ground, but archaeological excavations revealed the extent of the buildings. 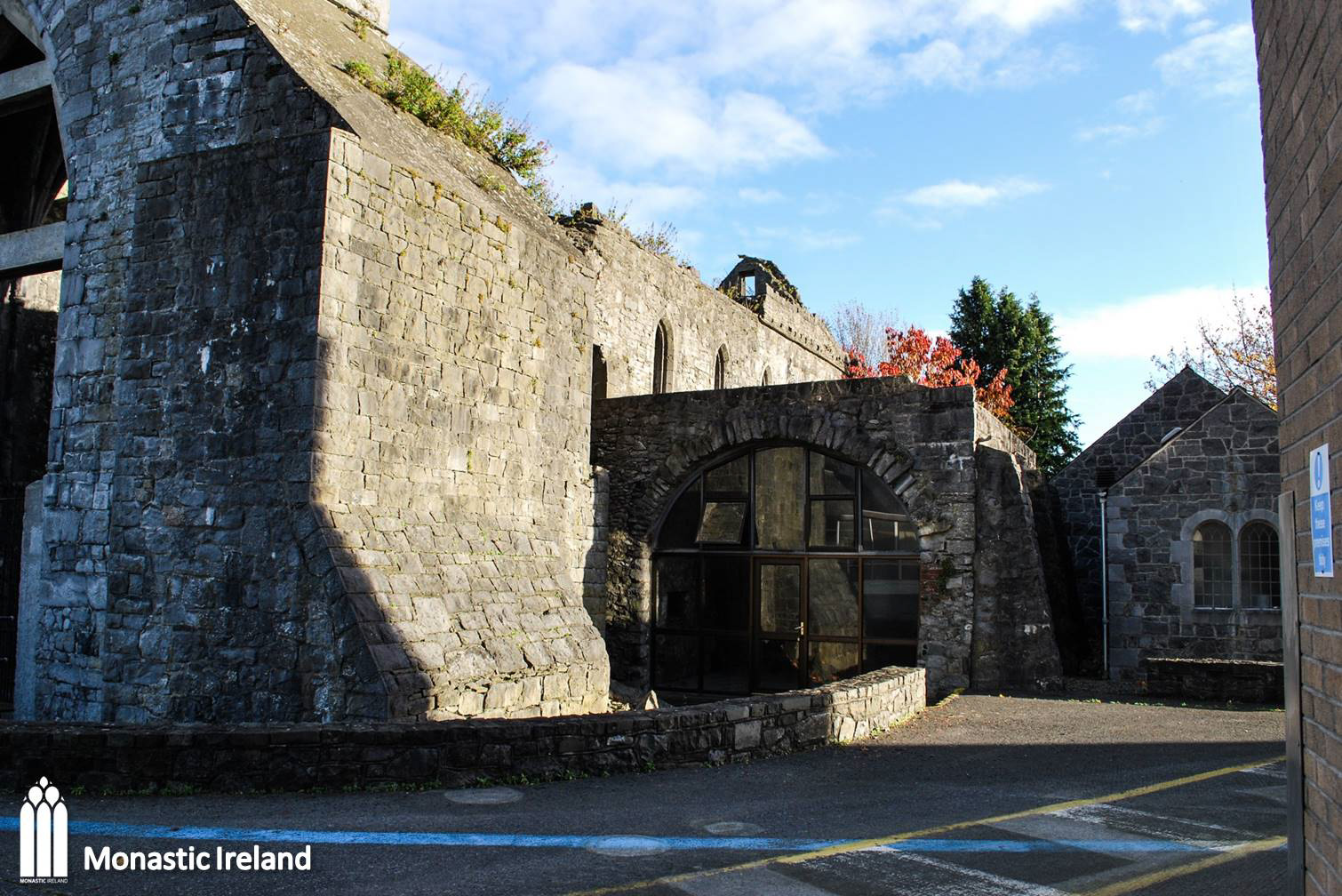