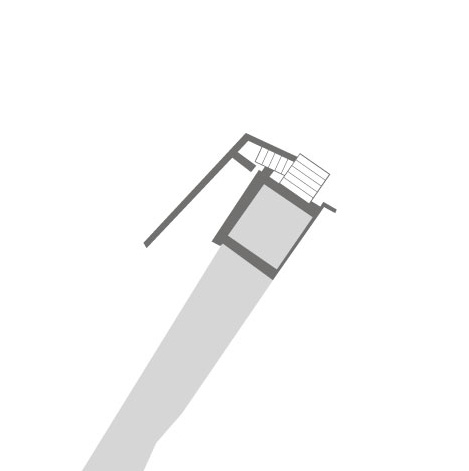 The monastic gateway controlled the physical and spiritual boundary between the sacred space of the monastic enclosure and the external, secular world.

The remains of a two-storied pre-Norman masonry gateway are the only such building to survive in Ireland. It consists of a square building with two round granite arches and antae in the north and south walls. Some of the paving of the causeway through the gatehouse is still intact. 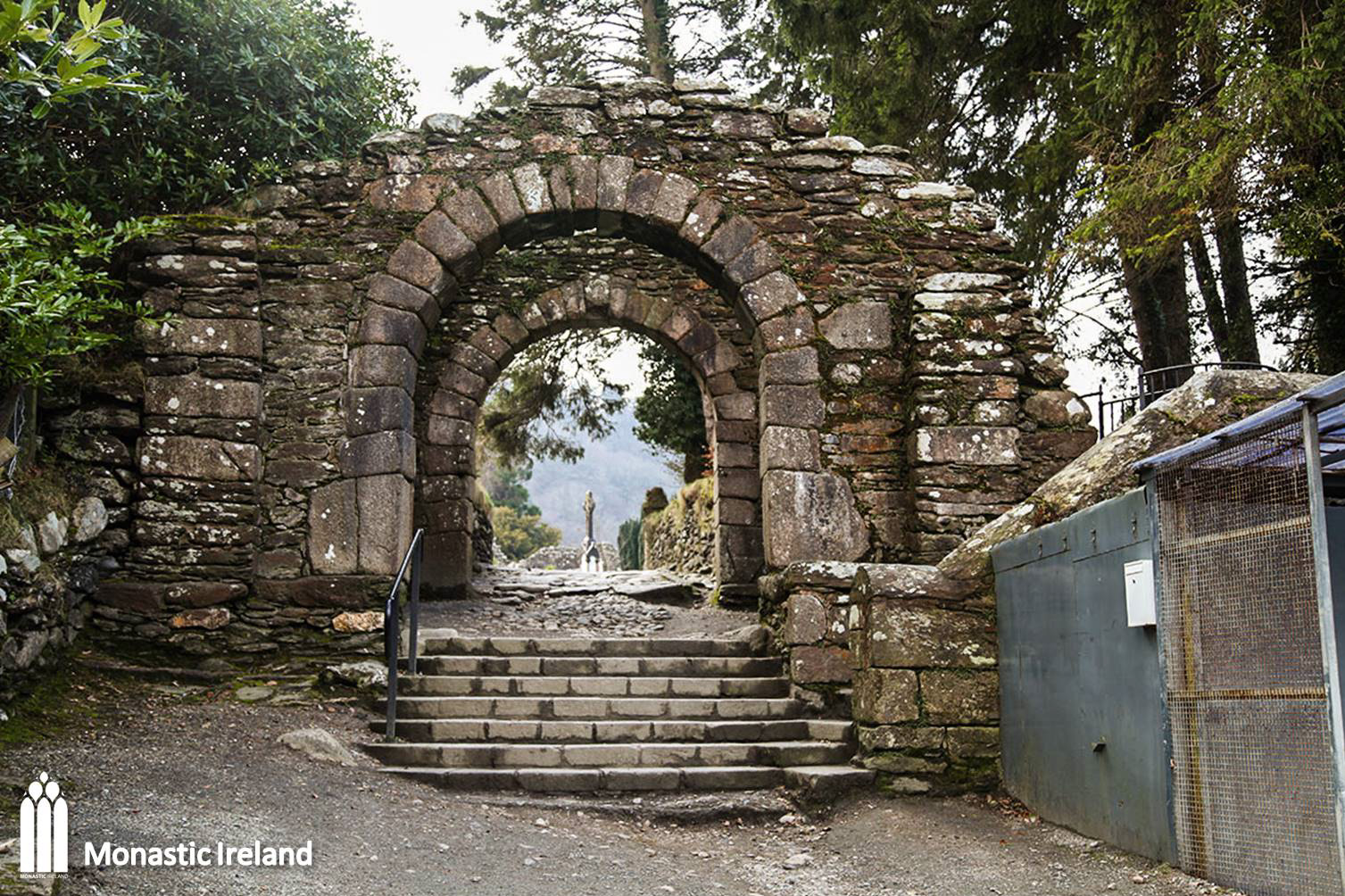 A slab on the west wall of the inner gate is incised with a Latin cross, likely marking the entrance to the innermost part of the monastic city. (Bottom left of the photo) 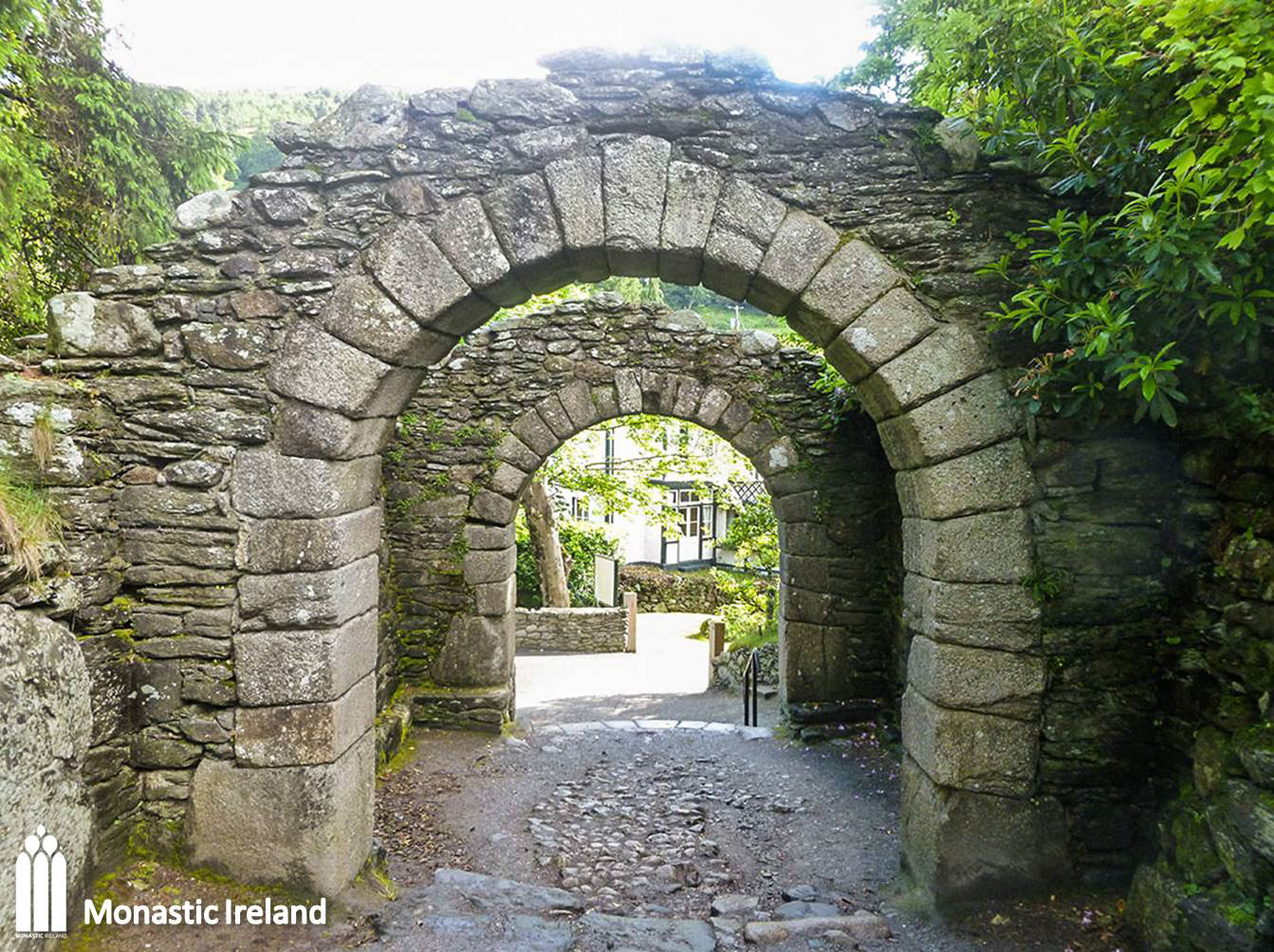 A second floor is indicated by the presence of corbels in the interior. A possible section of the enclosure wall adjoins the northeast corner 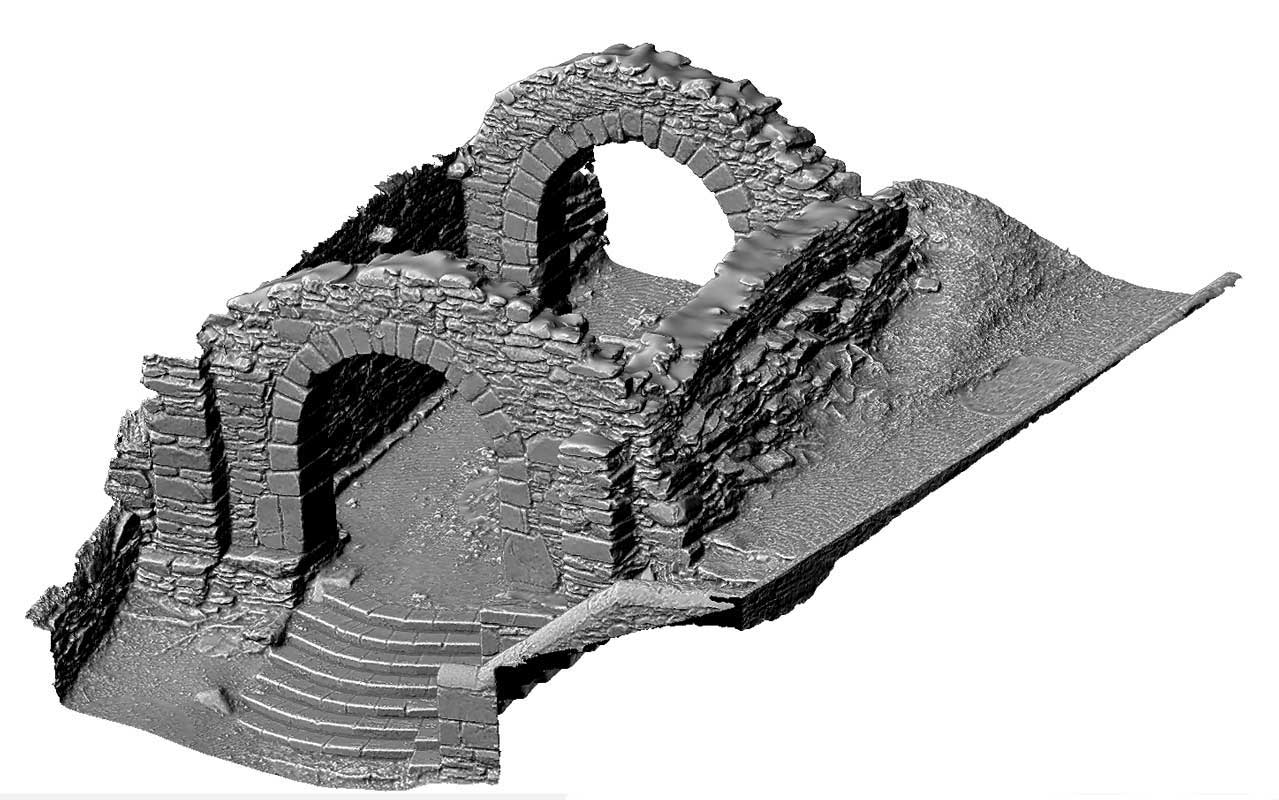 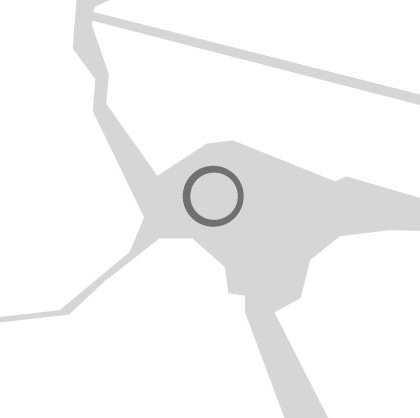 Round towers, a uniquely Irish type of free-standing belfry, are a typical feature of early medieval Irish monasteries and are likely to have been built mainly between the eleventh and thirteenth centuries AD. They symbolized a monastery's power and were probably used as bell-towers.

The 11th century round tower at Glendalough stands 30.5m high. The round headed doorway is located over 3m above ground level and would have been accessible by use of a ladder. 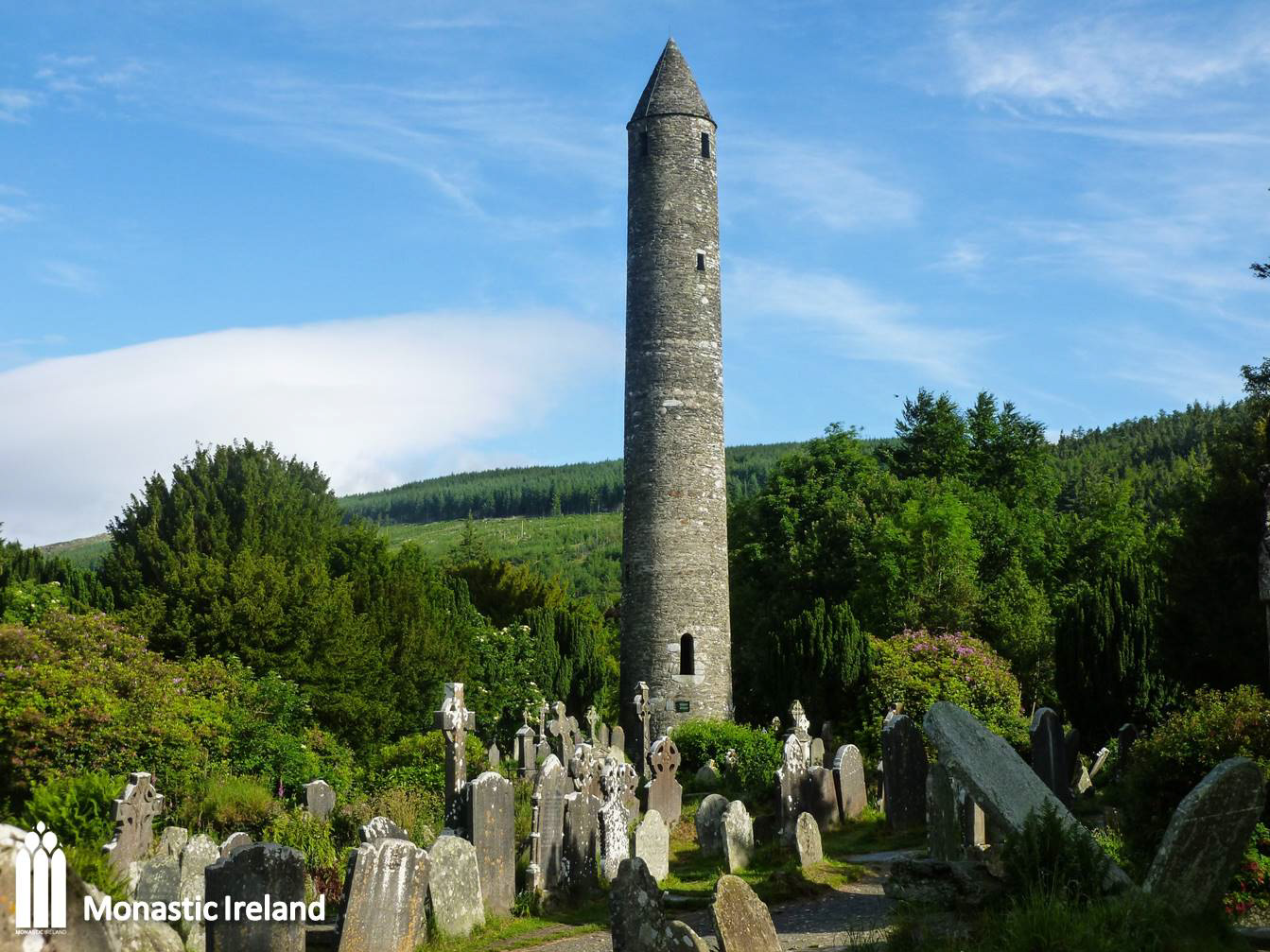 The Round Tower is to the northwest of the cathedral on slightly higher ground within the main graveyard with its round-headed granite doorway facing the cathedral. 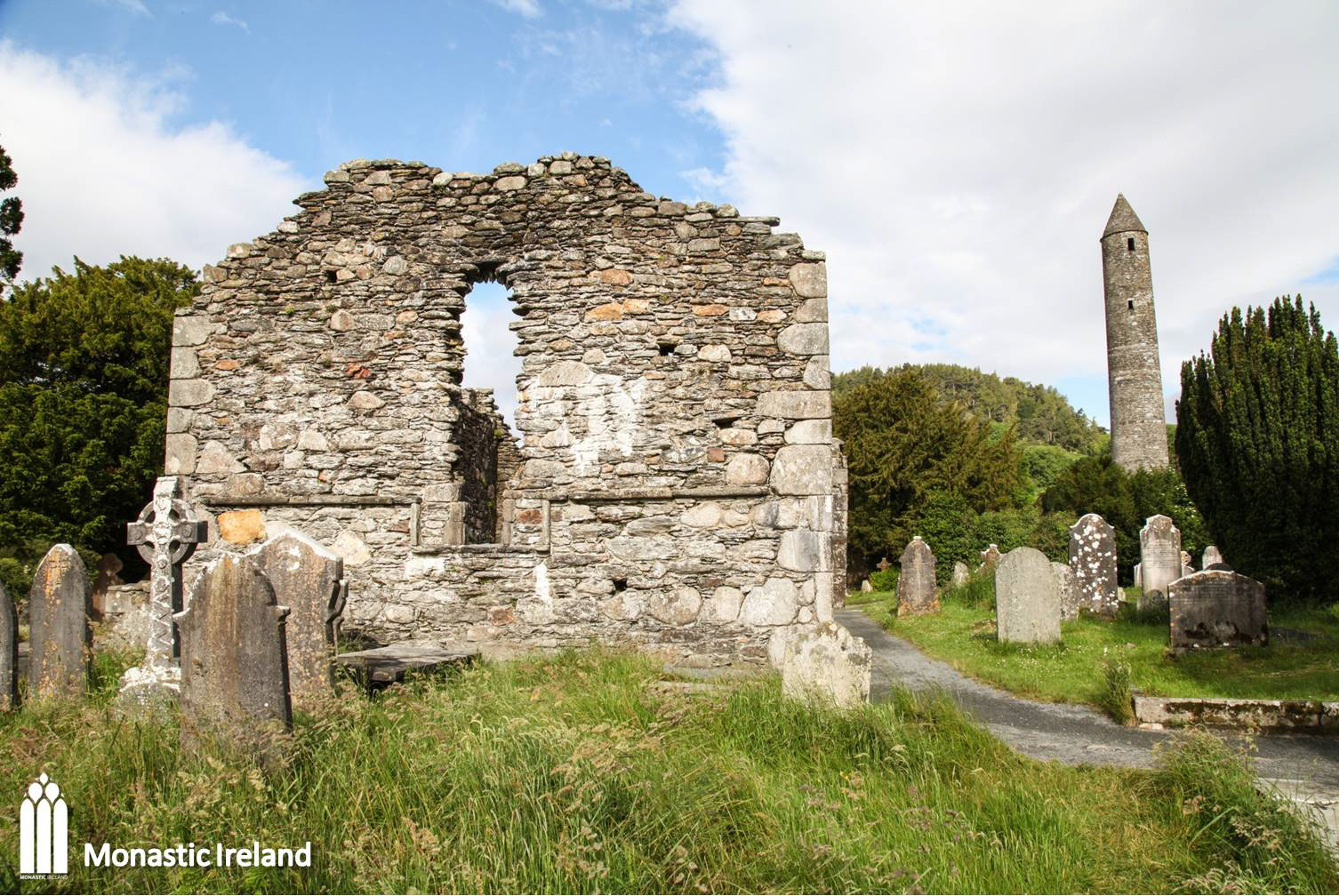 Built on two offsets, it had five floors above the entrance carried on beams set into beam-holes. 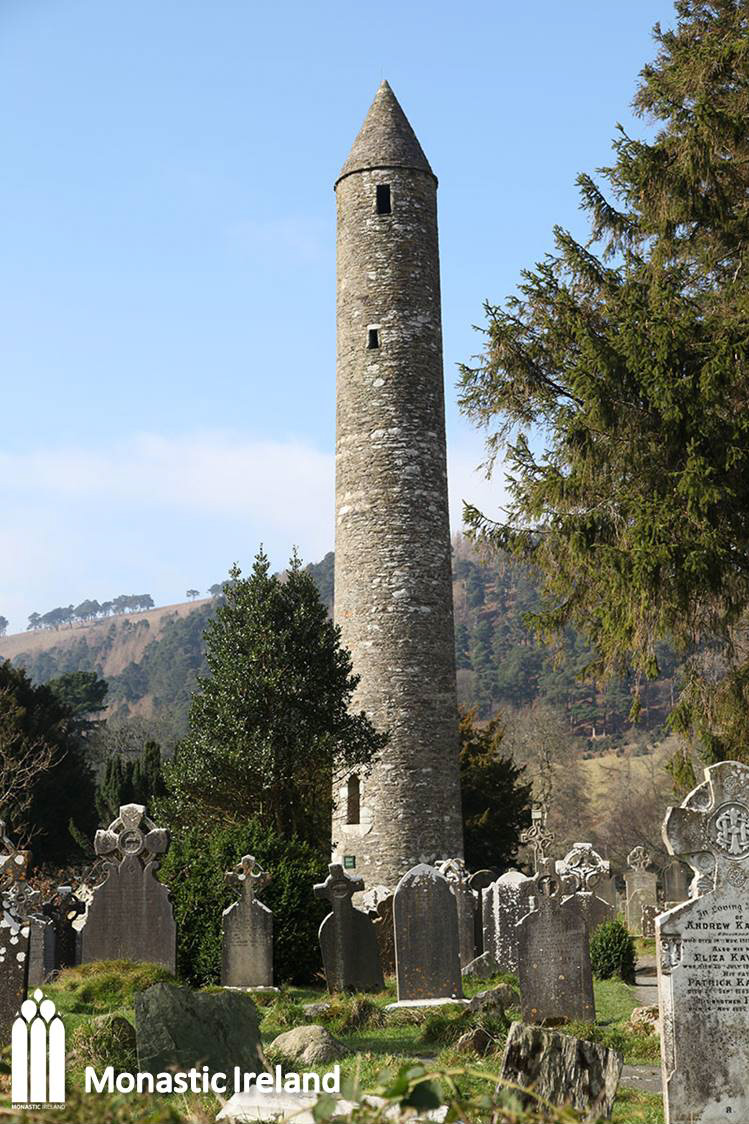 There are four trabeate windows at various levels and a further four at the cardinal points, just below the reconstructed conical cap. 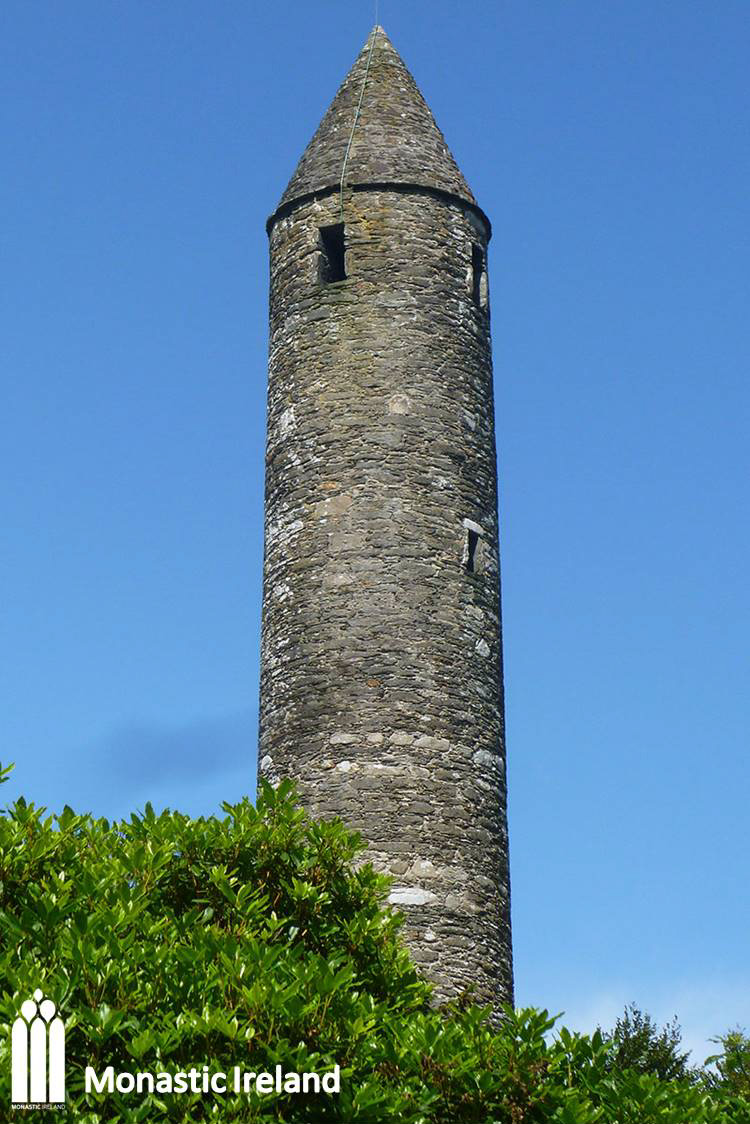 A view from above looking down on the conical cap at the top of the round tower. 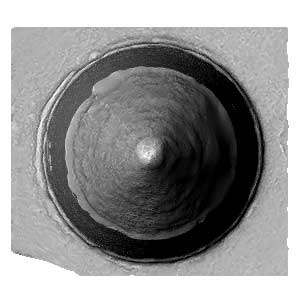 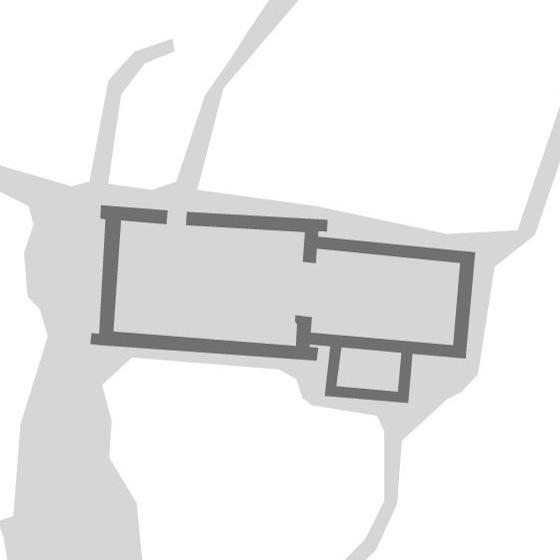 The cathedral is the largest and most imposing structure at Glendalough and is situated in the SE division of the main enclosure on a small plateau overlooking the junction of the Glendasan and Glenealo rivers.

The cathedral was reputedly dedicated to SS Peter and Paul and ceased to function as a cathedral when the diocese of Glendalough was united with Dublin in 1214.
It consists of a multi-period nave and chancel church with a sacristy. 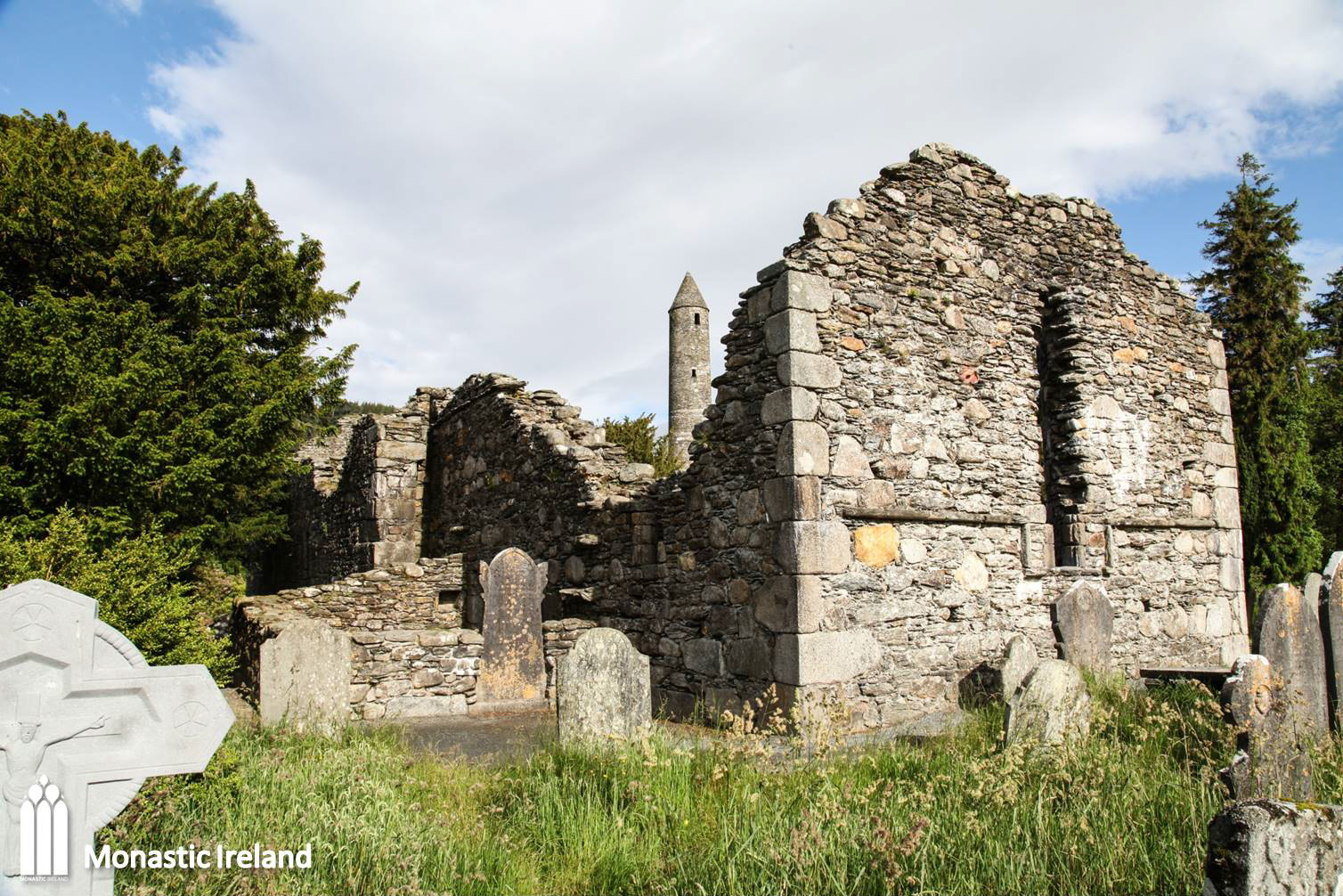 The earliest phase is evident in the cyclopean masonry (large, irregularly worked stone, fitted together without mortar) in the nave walls while later rebuilding probably took place around AD1100. 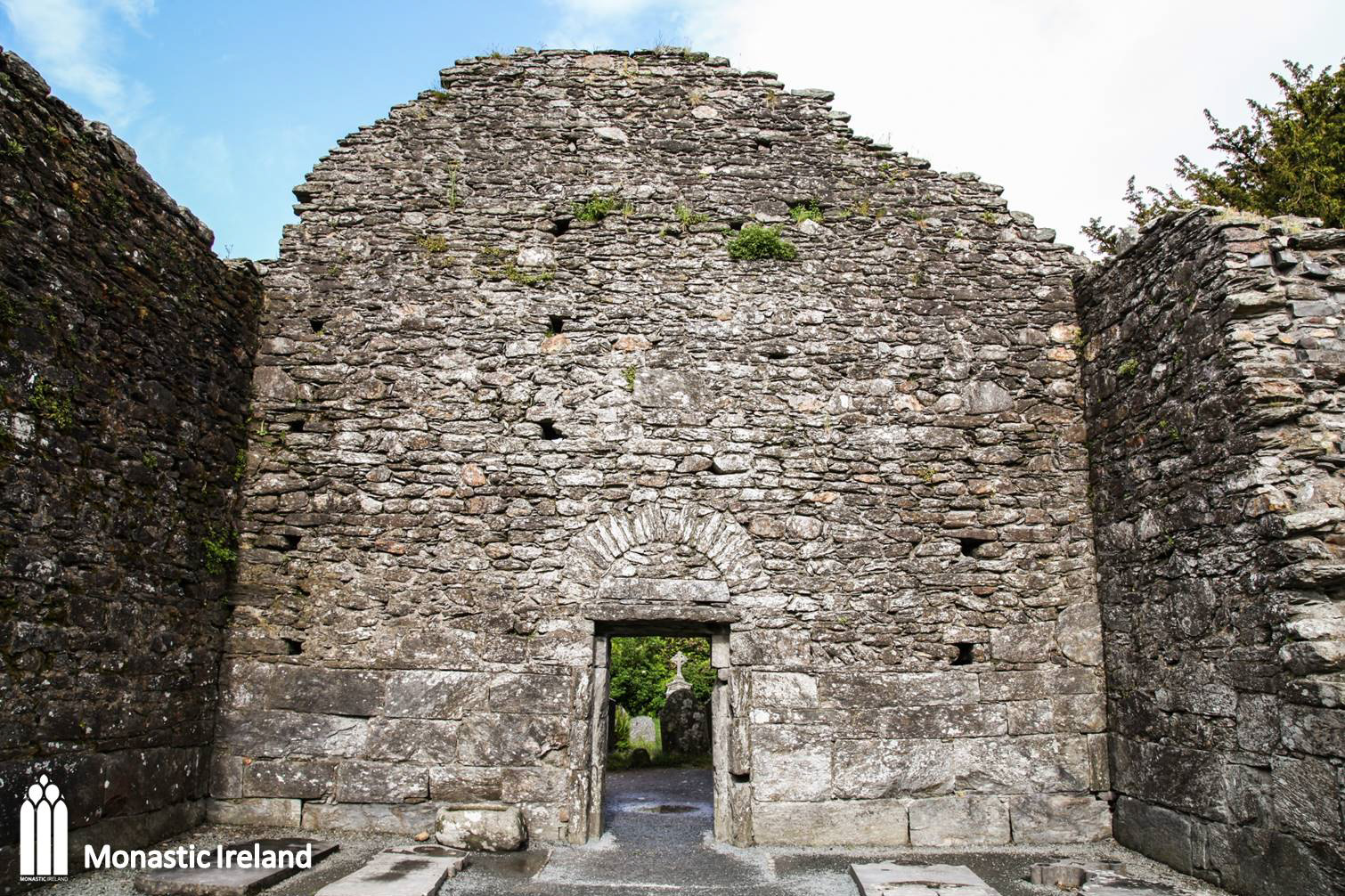 It was reputedly dedicated to SS Peter and Paul and ceased to function as a cathedral when the diocese of Glendalough was united with Dublin in 1214. 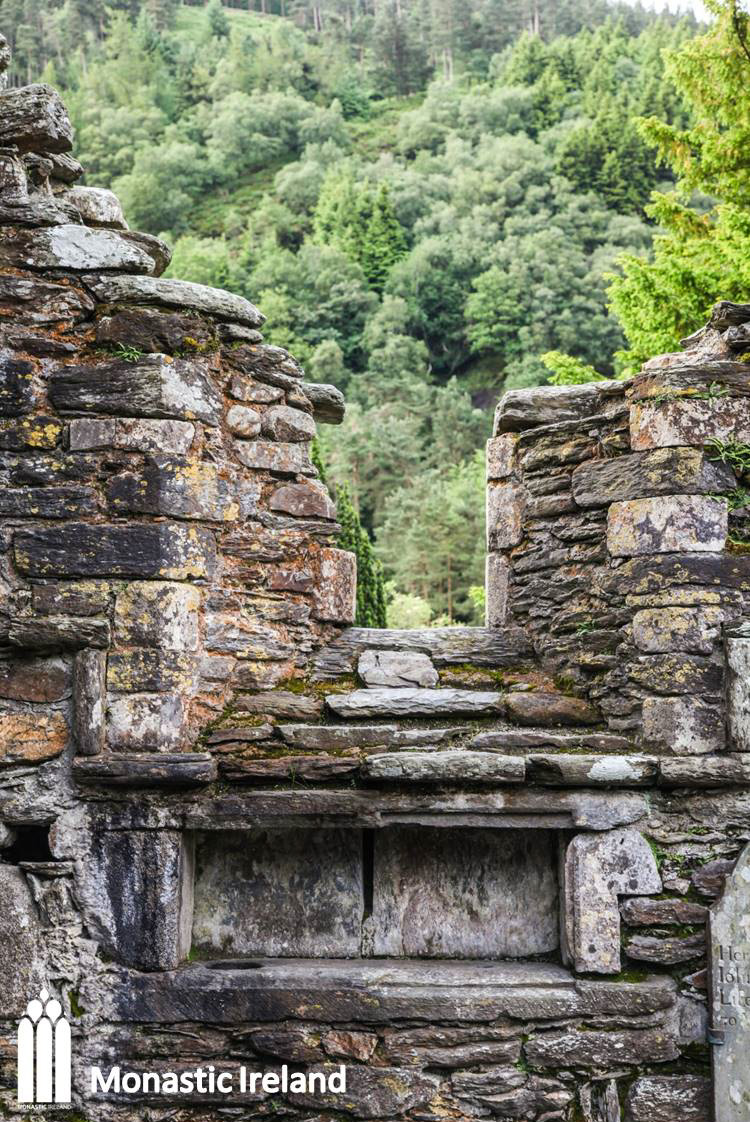 The decorated chancel arch, sacristy and north doorway were added towards the end of the twelfth century. 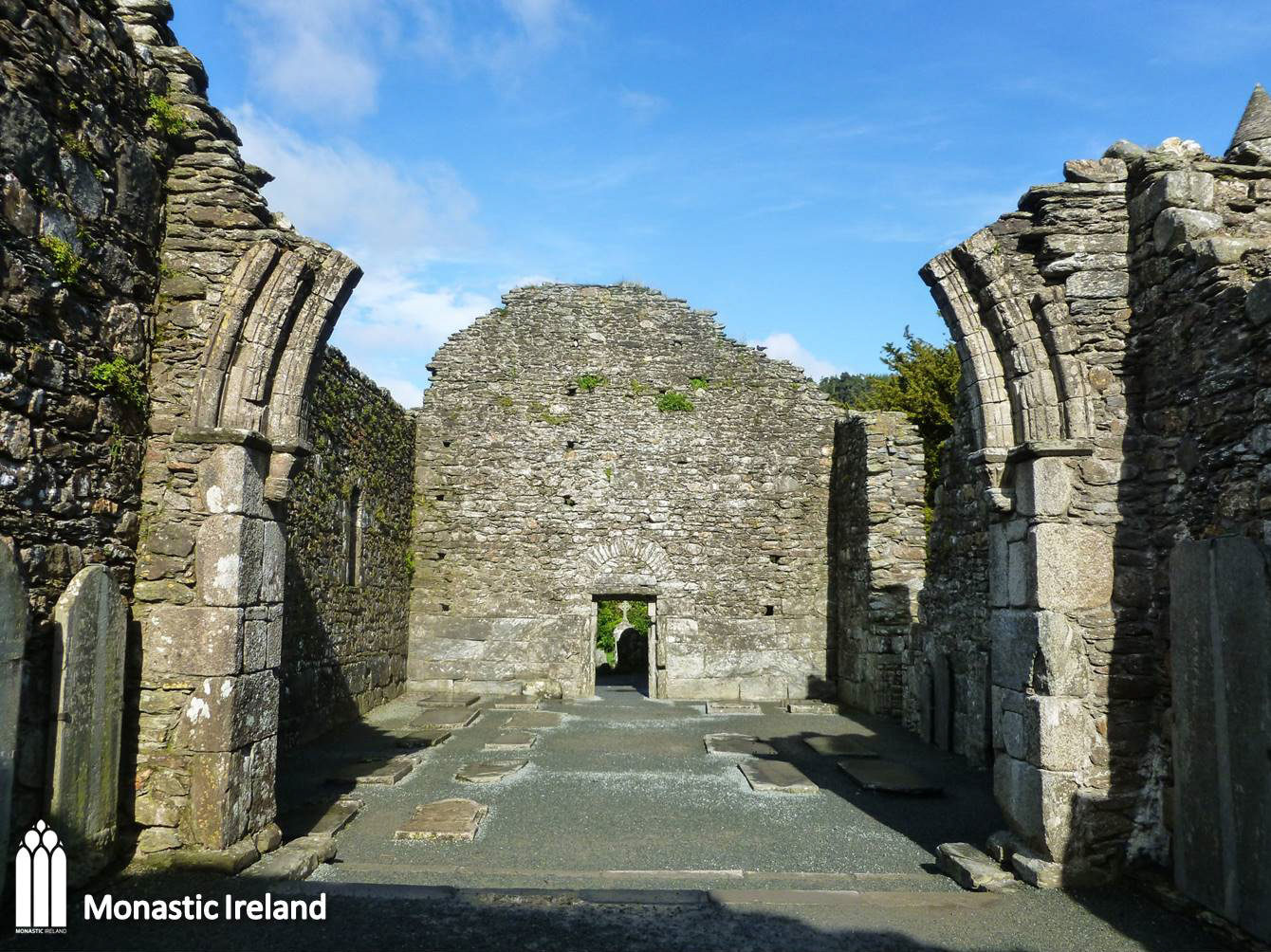 Incised Linear Latin cross slab originally located at the inside of the Cathedral at the main cemetery site of Glendalough, now on display at the Visitor Centre. An early medieval date, with small Latin cross with expanded T-bar terminals and two inscriptions, one of which may read OROIT DO DIARMAITT 'A prayer for Diarmait'. 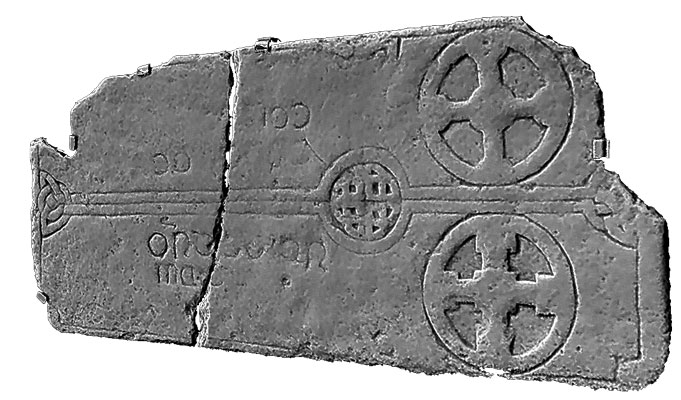 The nave-and-chancel church features a sacristy on the south side of the chancel. The nave is the earliest part of the building, with the chancel and sacristy added around 1200.
(Image is a still from the 3D Icons model of the cathedral) 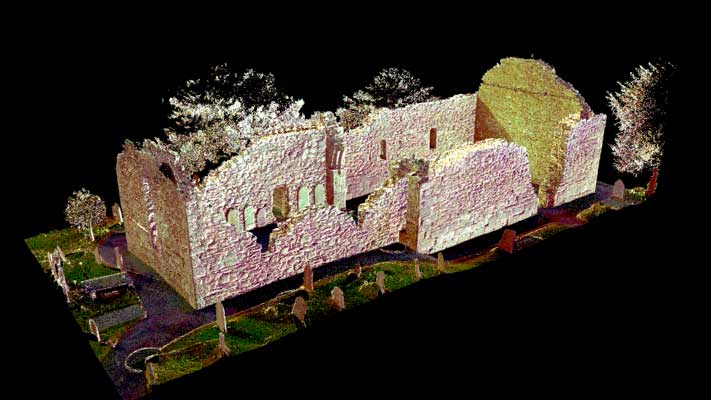 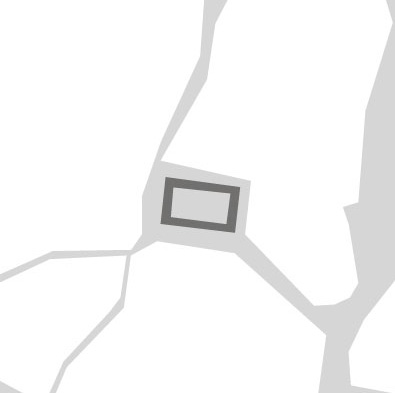 The Priests' House is situated within the main graveyard to the SW of the cathedral.

A small rectangular building possibly of twelfth-century date, it has been subjected to considerable reconstruction. 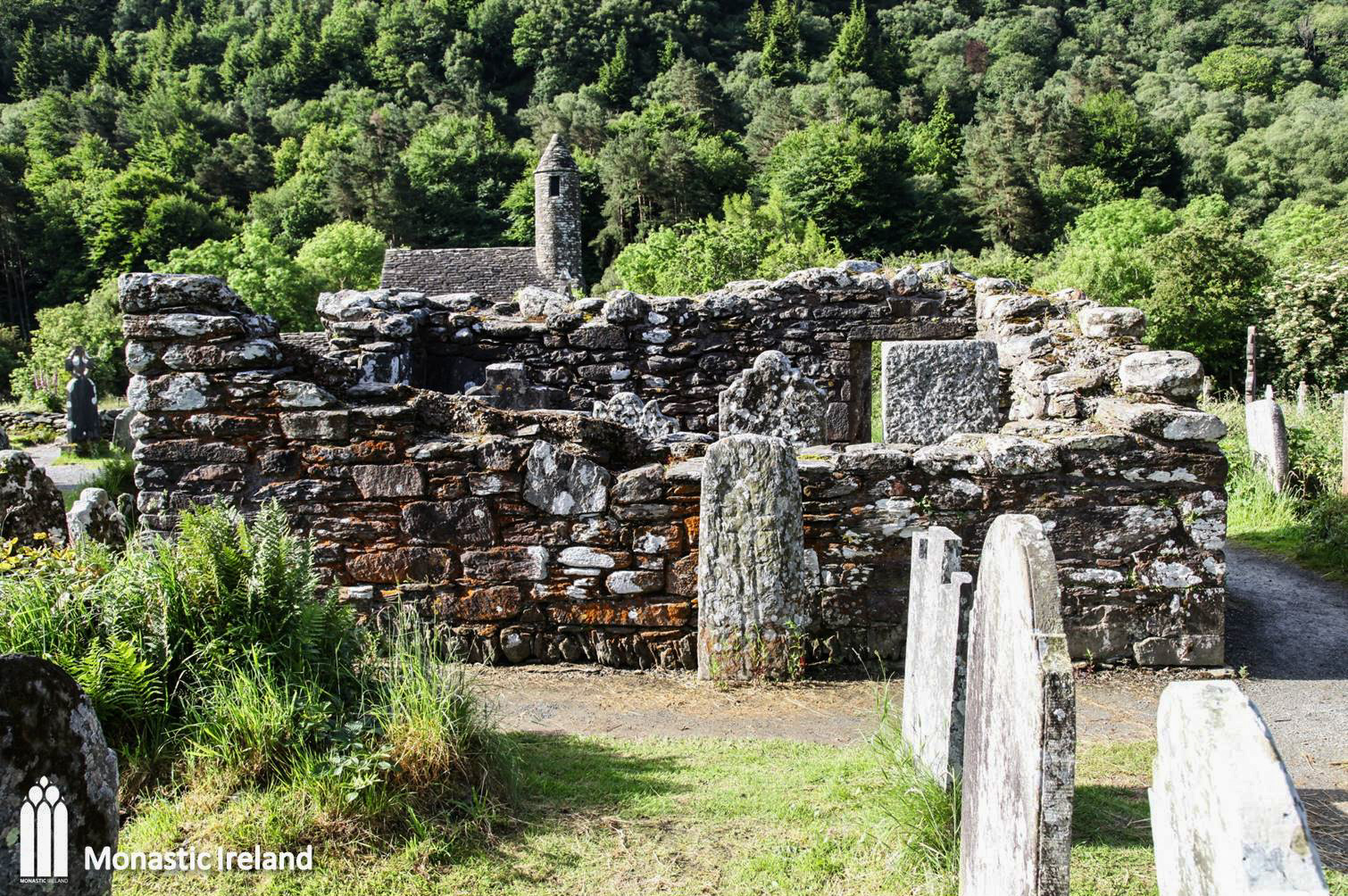 The function of this building is uncertain. It may have been a reliquary church. It became known as the 'Priest's House' as priests of the parish were buried there in the 18th century. 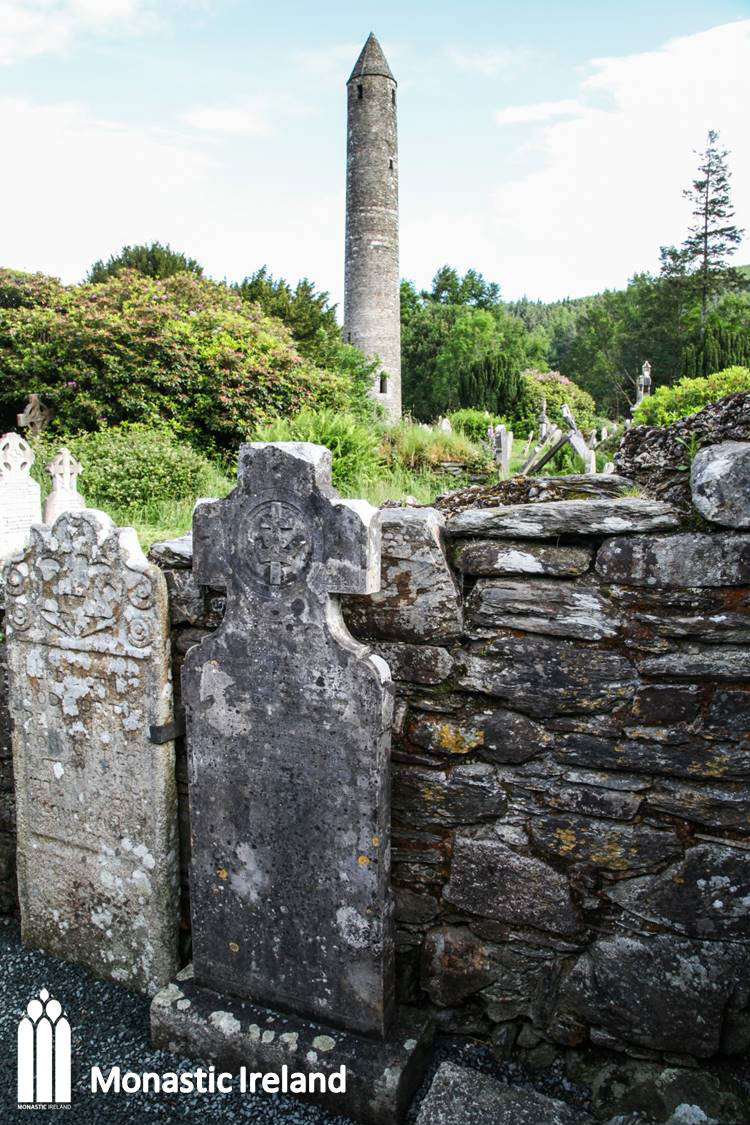 There is a Romanesque arched recess in the exterior of the E wall and a door in the S wall features a fragmentary tympanum with three figures holding a bell, a staff and a book 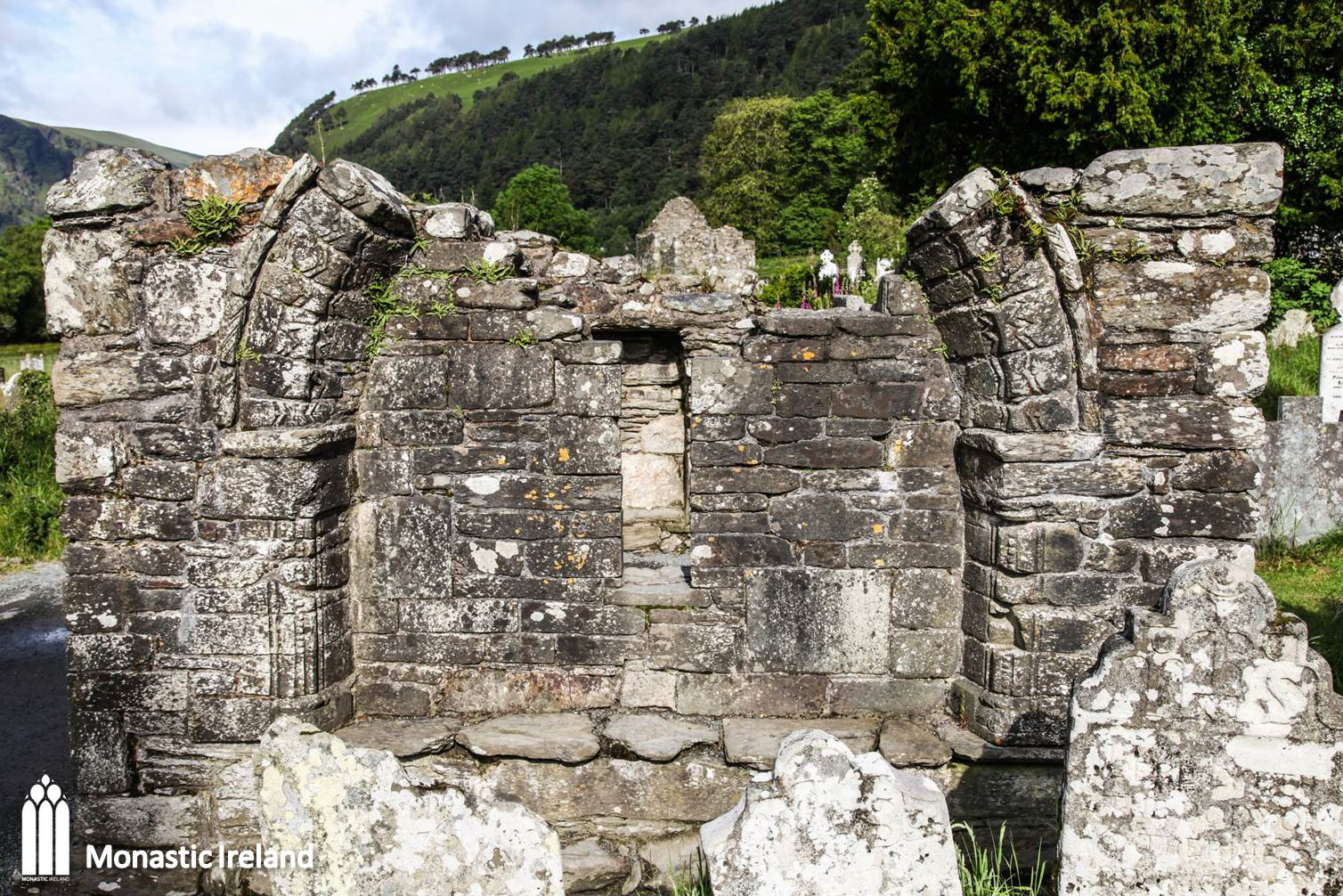 St Kevin's Church (or the Kitchen) 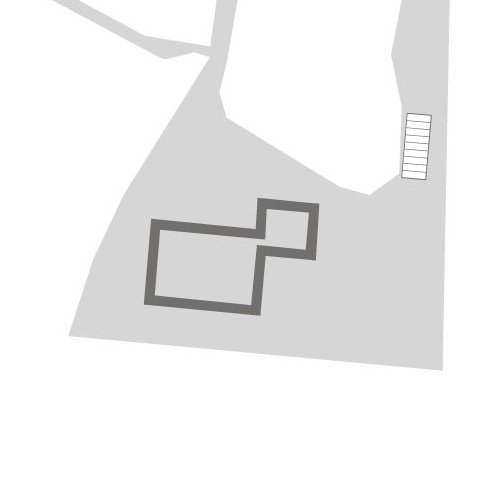 St Kevin’s Church is the only stone-roofed building to survive at Glendalough and it incorporates a croft between the barrel-vaulted ceiling and the roof.

The belfry was at one stage likened to a chimney and so the church became known as St Kevin's Kitchen. 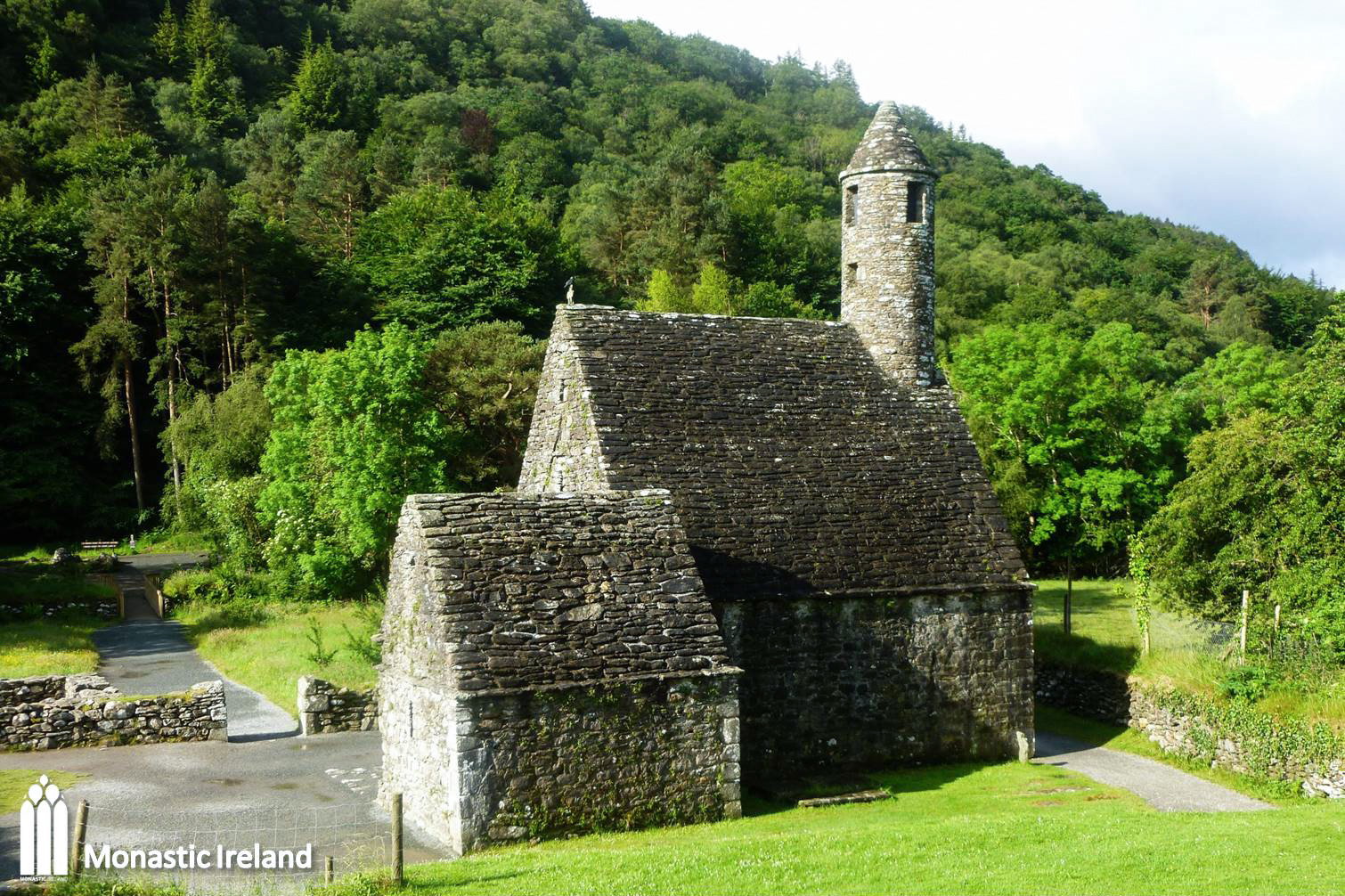 It was probably built around or shortly before 1100 and was originally a small rectangular single-celled church with a miniature round tower belfry. A later chancel and sacristy were added to the east. 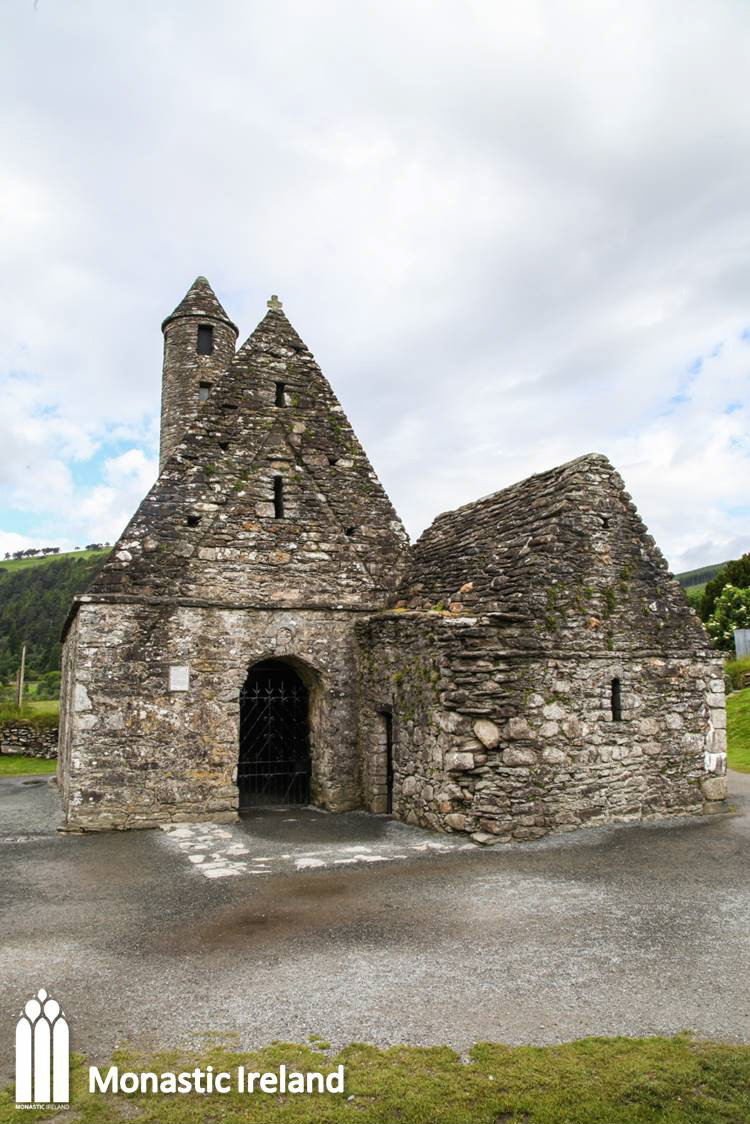 As this building was roofed a large number of crosses, cross-slabs and architectural fragments came to be housed in it; all but a handful of these have now been transferred to the Visitor Centre. One rectangular slab carved with a framed cross bears the inscription OR DO BRESAL 'A prayer for Bresal' and was originally found at Reefert Church further up the valley. (Image is a still from the 3D Icons model of the building). 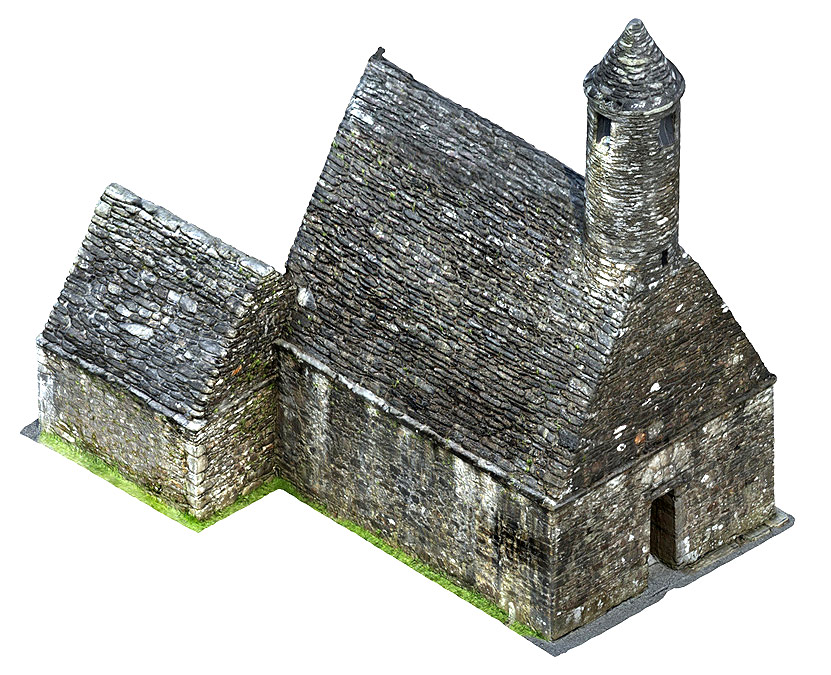 Between the arched ceiling and roof, there is a narrow attic, also known as a croft.
The small room (referred to as the sacristy) to the side of the church was once connected to a chancel, built shortly after the original phase of construction. However, the chancel was demolished c.1800 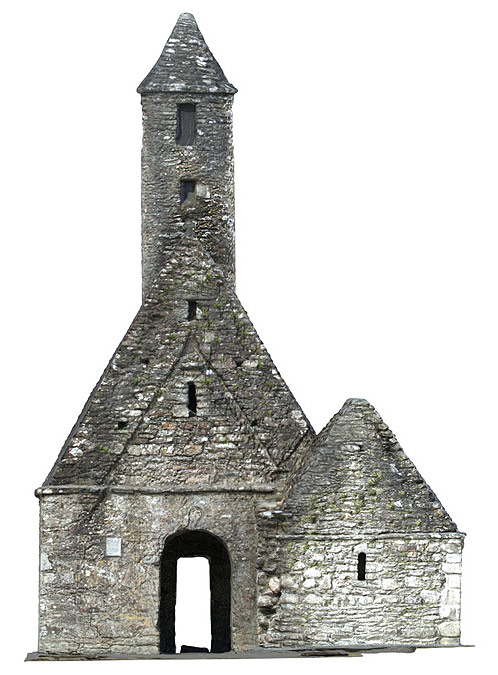