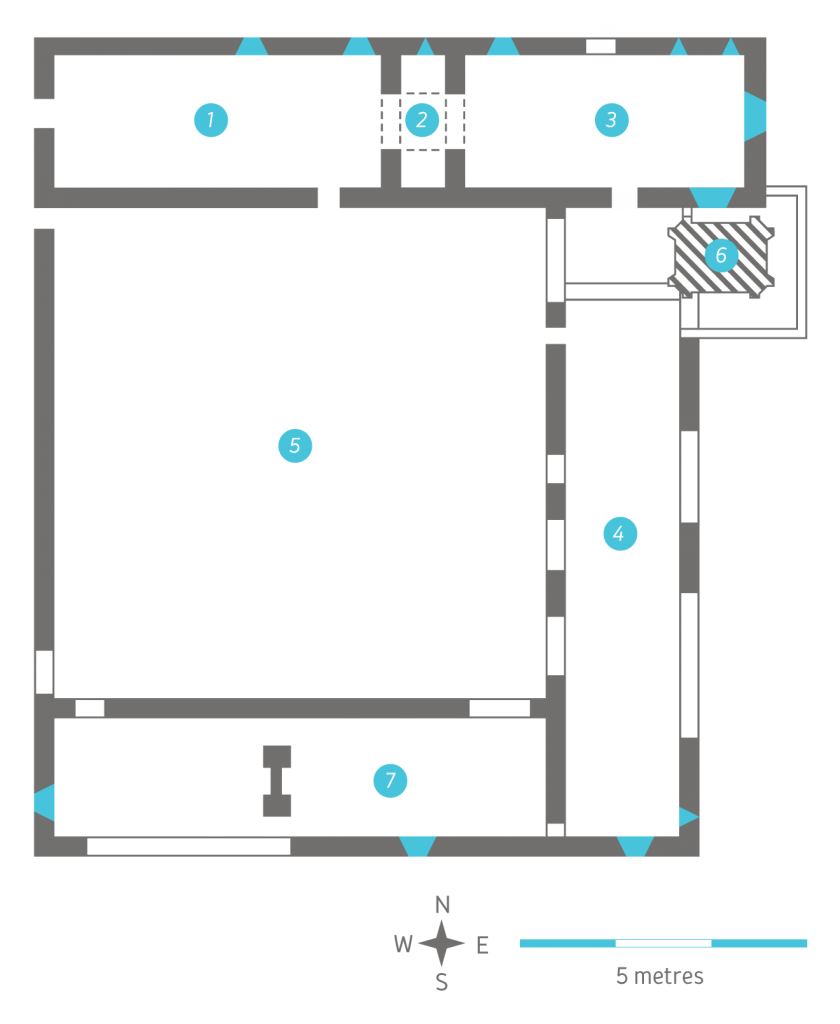 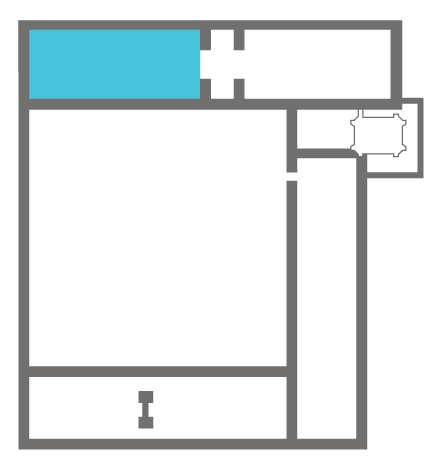 A view into the nave, looking towards the central tower and the chancel. In contrast to monks and similarly to the mendicant friars, Augustinian canons engaged in public ministry, and the nave was the space reserved the laity in their churches. The canons promoted pilgrimage, acting as keepers of shrines and relics and providing hospitality to pilgrims, travellers and the sick. 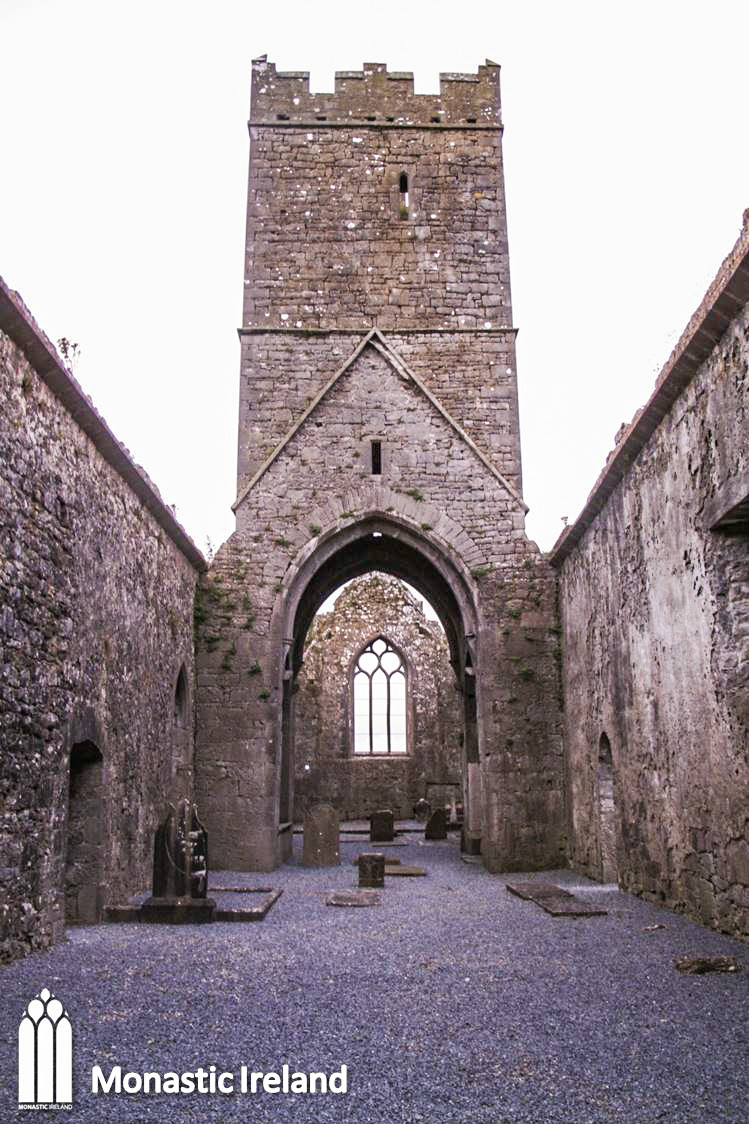 A view of the nave looking towards the west gable through the tower. 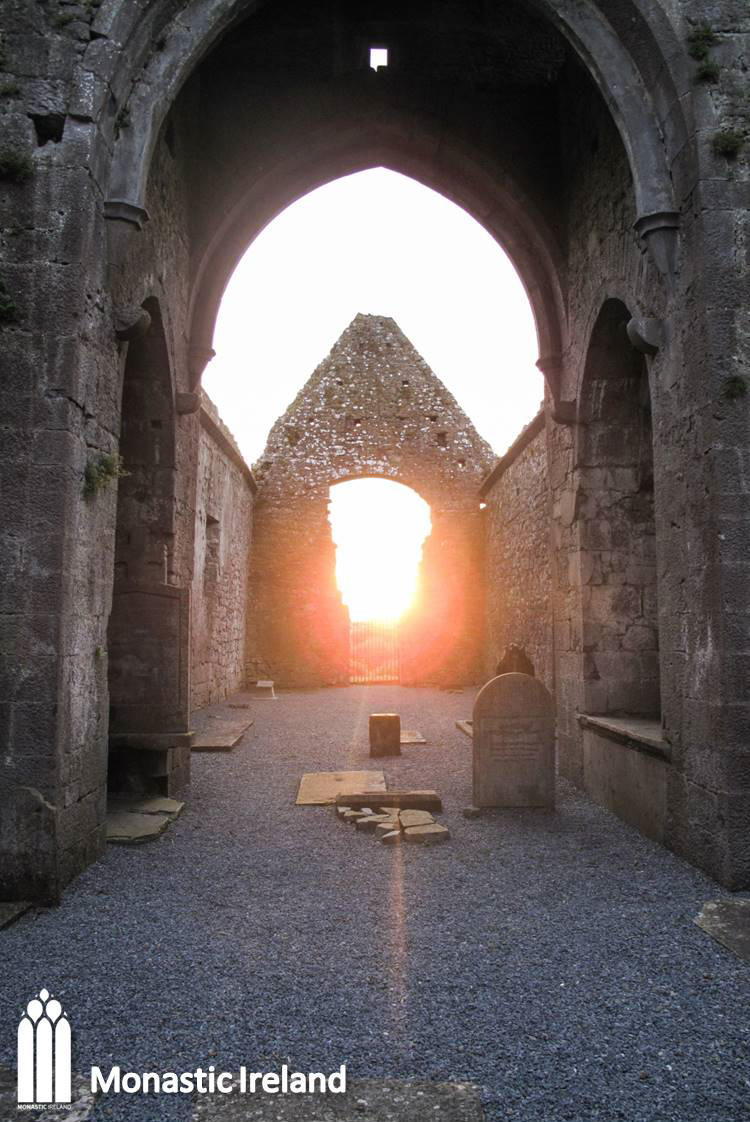 This traceried double-light window dates to the late fifteenth-century, and is in a similar style as the east window in the chancel. 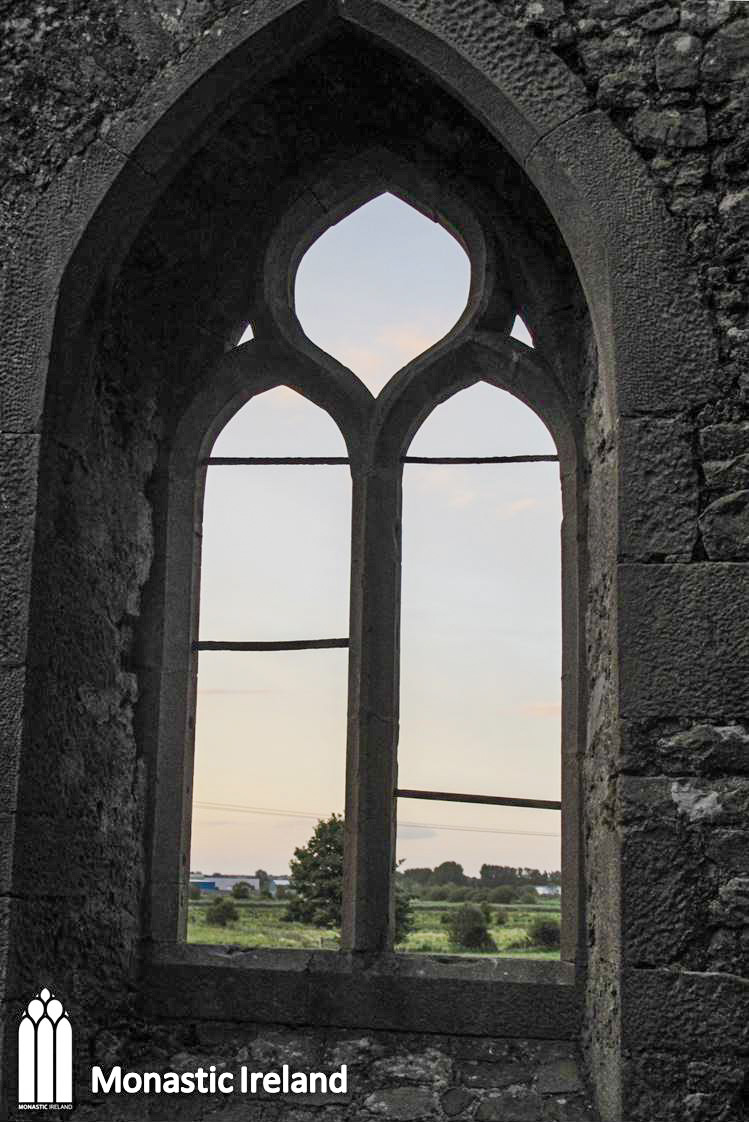 This traceried double-light window dates to the late fifteenth-century, and is in a similar style as the east window in the chancel. The external hood moulding ends with the carving of a human face on its left hand side. 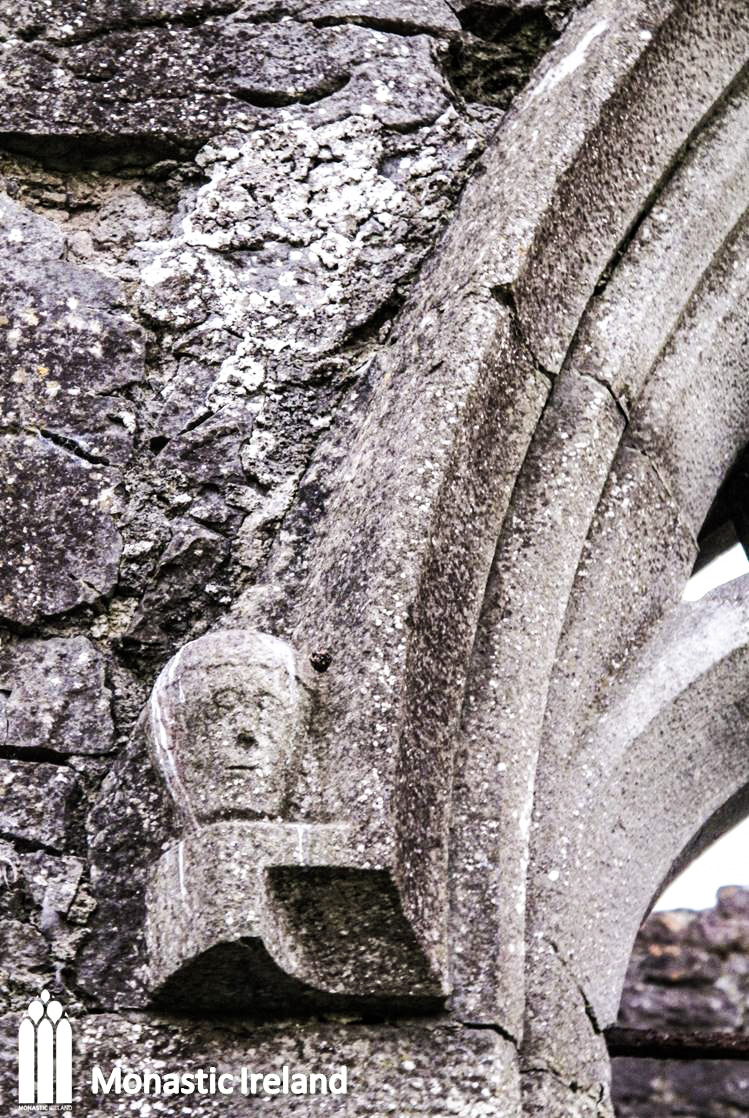 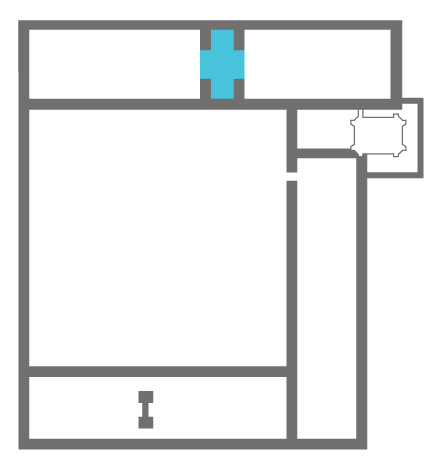 A view of the belfry tower, from the cloister, showing the double-light with cinquefoil heads in the side wall, at the second floor level. There is a similar window on the other side. 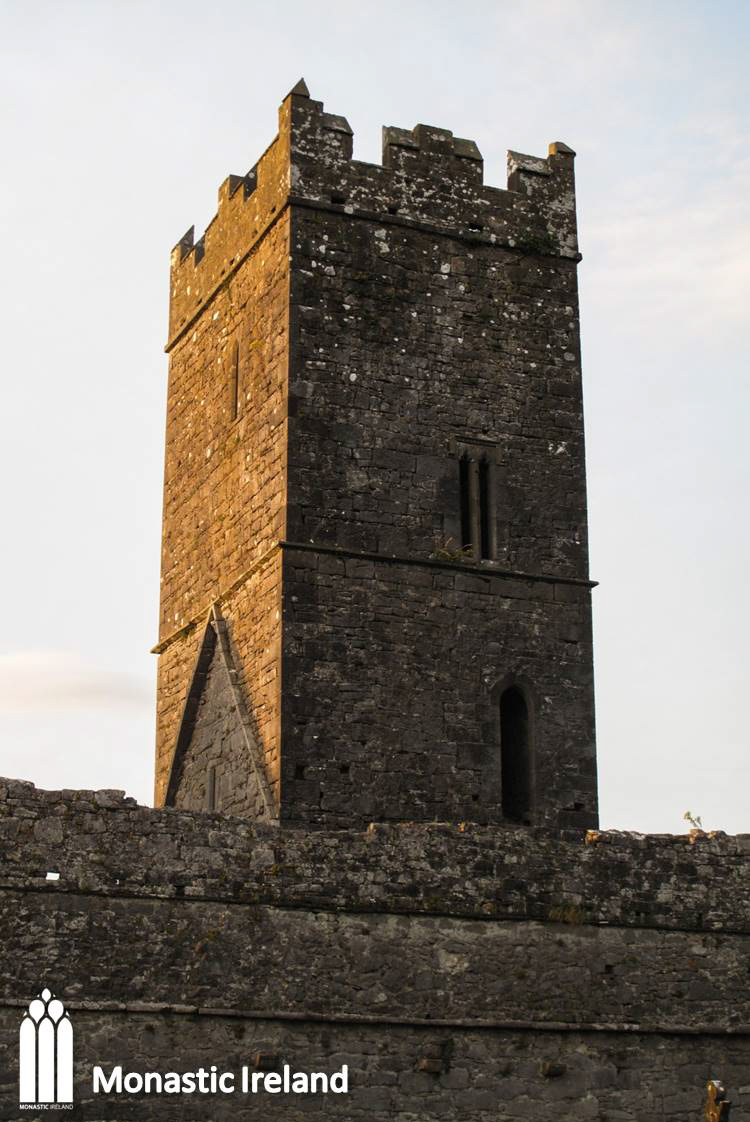 The belfry tower standing between the nave and the chancel was probably built sometime in the fifteenth century. It has no staircase giving access to upper floors. It rests on two pointed arches and is quite reminiscent of the towers built in the same position in most mendicant friaries, such as nearby Ennis and Quin Franciscan friaries, though in style it is closer to examples located a little further afield, such as Adare Augustinian friary in Co. Limerick. 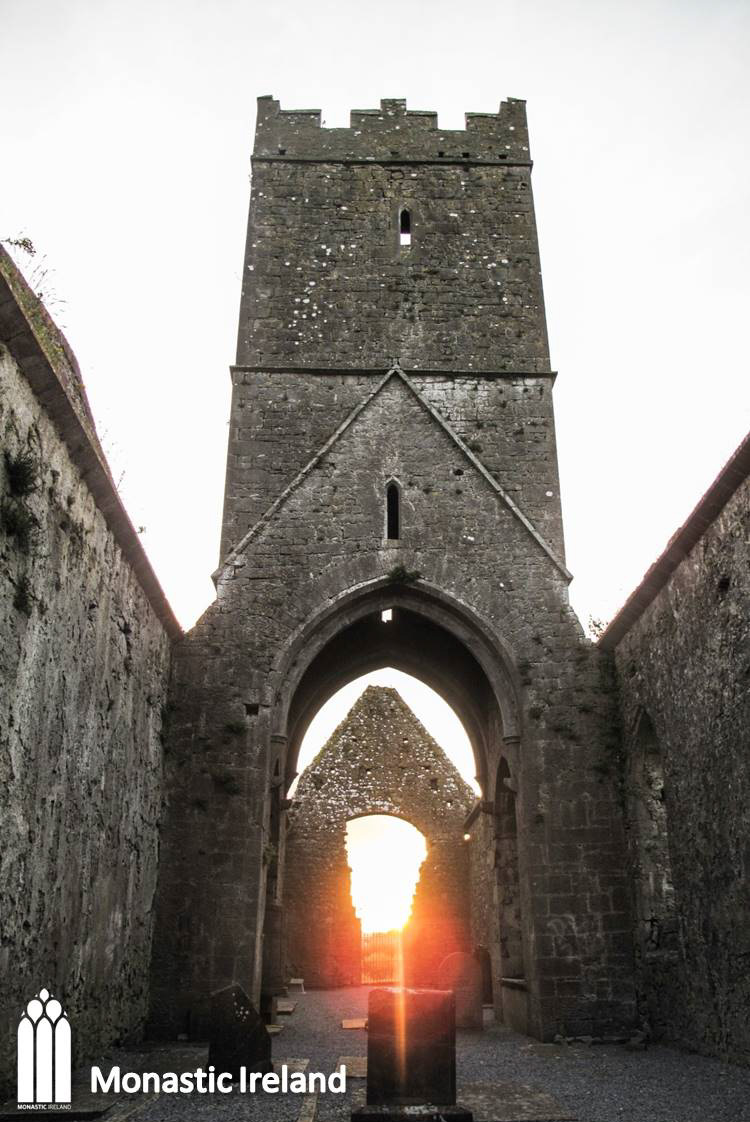 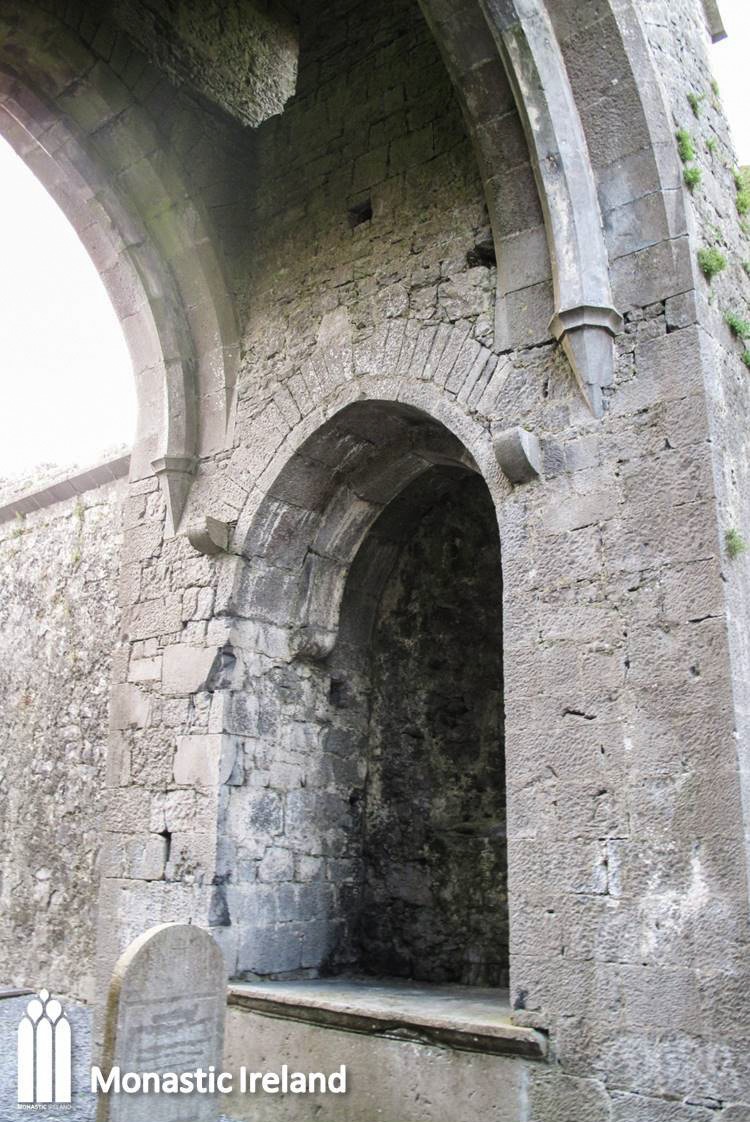 A view of the tower arch, from the chancel, showing the south pier’s recess. There are corbel stones to support a rood loft on each side of the recess, similar to those framing the south recess. 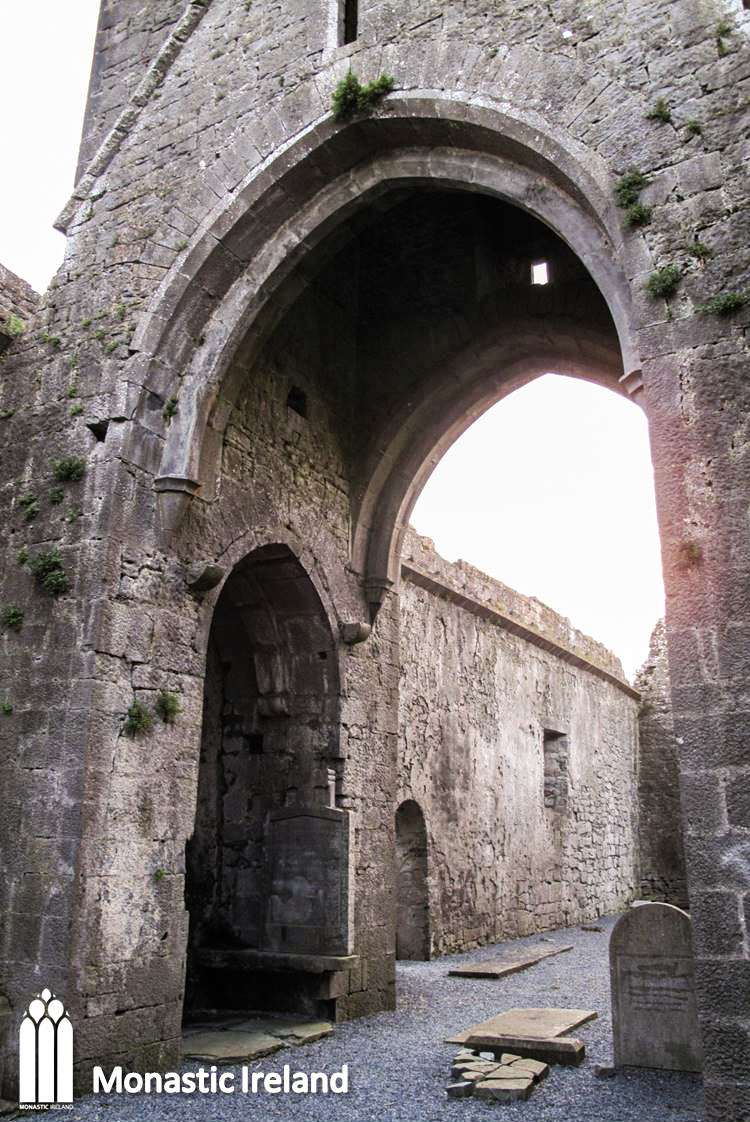 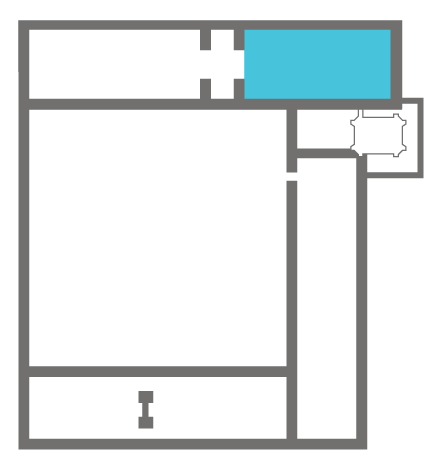 A view at the exterior of the chancel east gable, with its fifteenth-century traceried three-light window. It is set in the arch of an older window, which might have contained a group of five graded lancets. 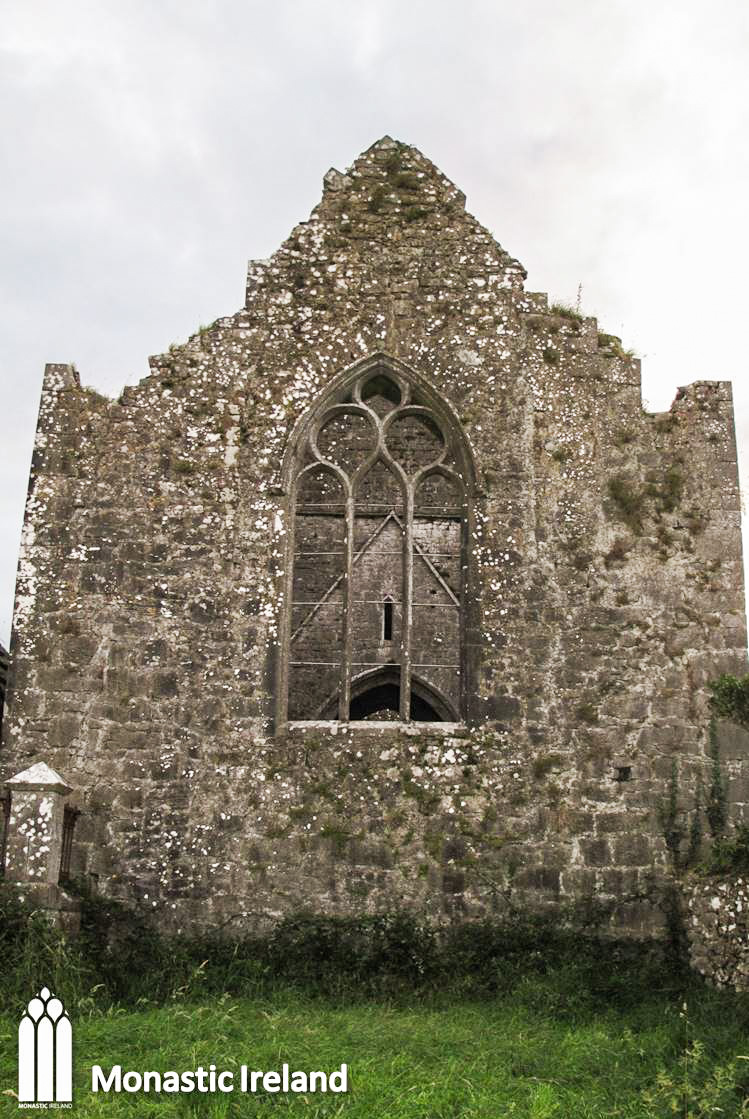 A view into the chancel of the church. The chancel was the space reserved to the canons, while the nave was open to the laity; as is the case in mendicant churches for example, the internal division between the presbytery to the east where the high altar stood, and the space where the rest of the community would sit during services is marked by a single step. 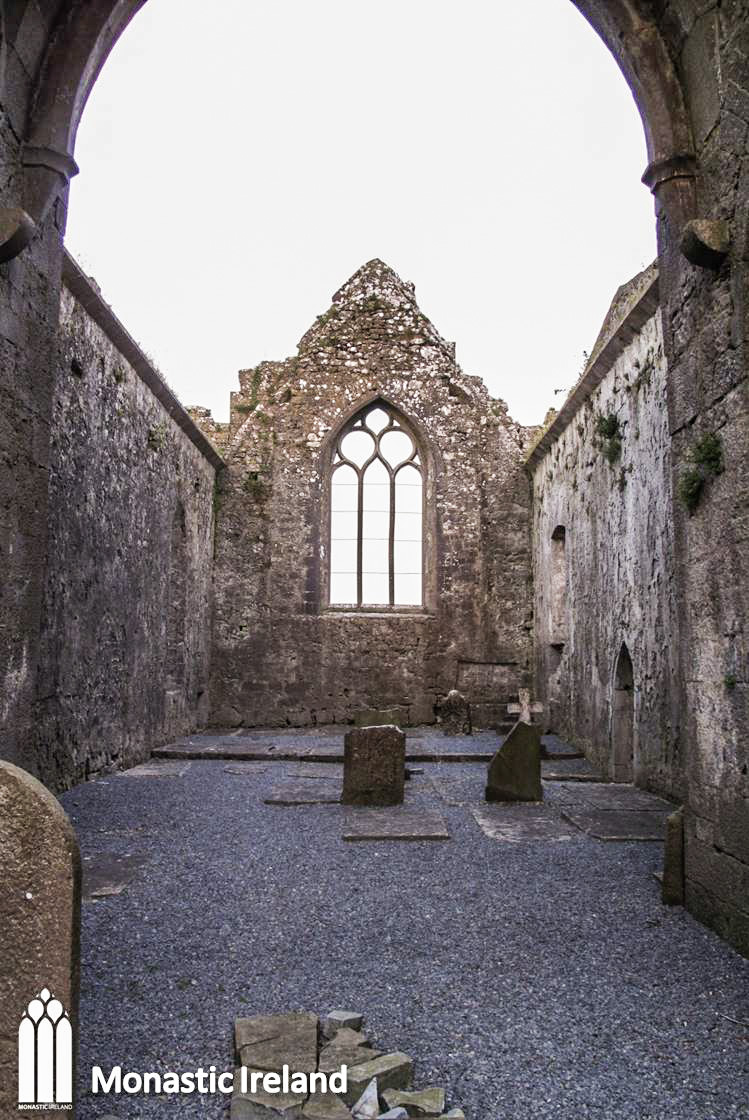 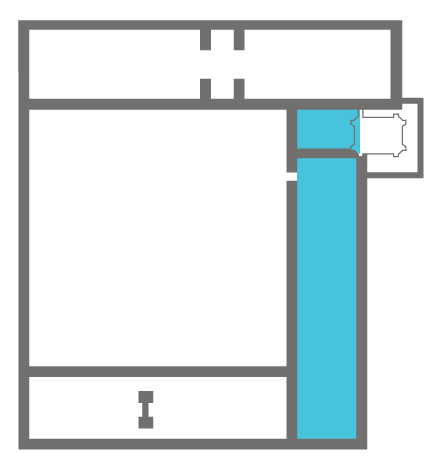 A view of what would have been the north gable of the east range, a string course indicating the position of the pitched roof. A doorway lead inside the chancel, and would have connected it to the first room of the range, probably the sacristy. 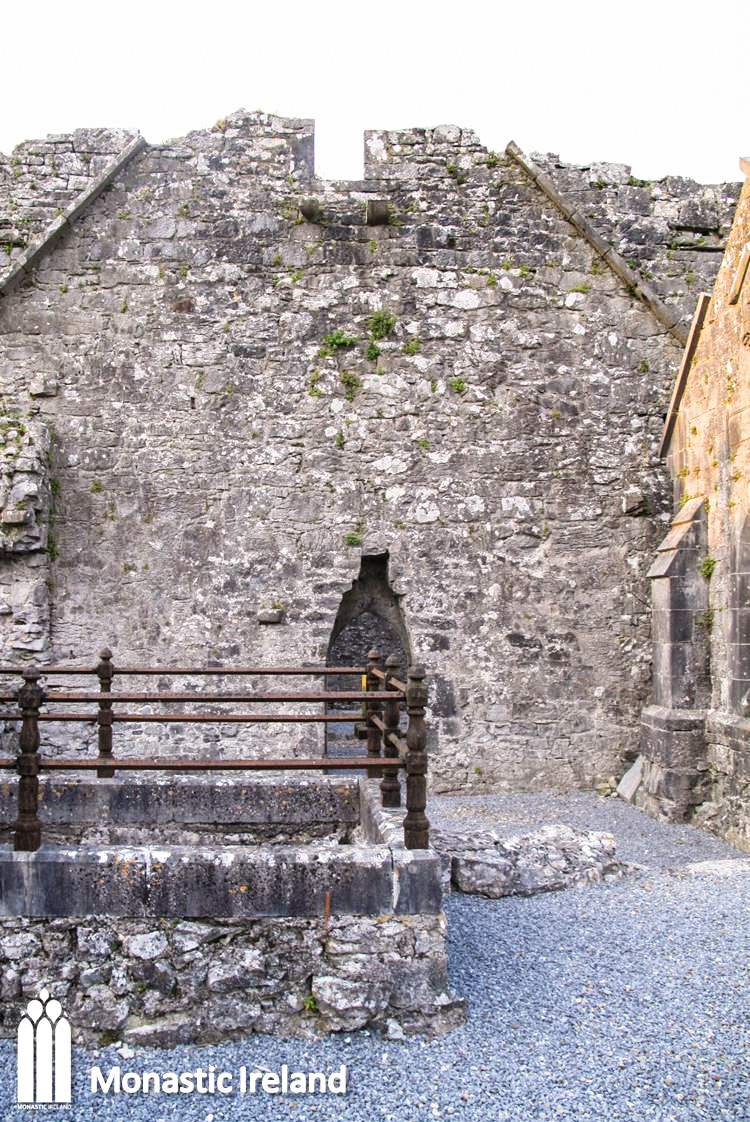 A view of the interior of the east range, Very little of which remains, except for the south gable and its elaborate traceried window, which was inserted in place of a more simple double light. It consists of cusped tracery with six trefoils framing a quatrefoil, within a moulded projecting hood. 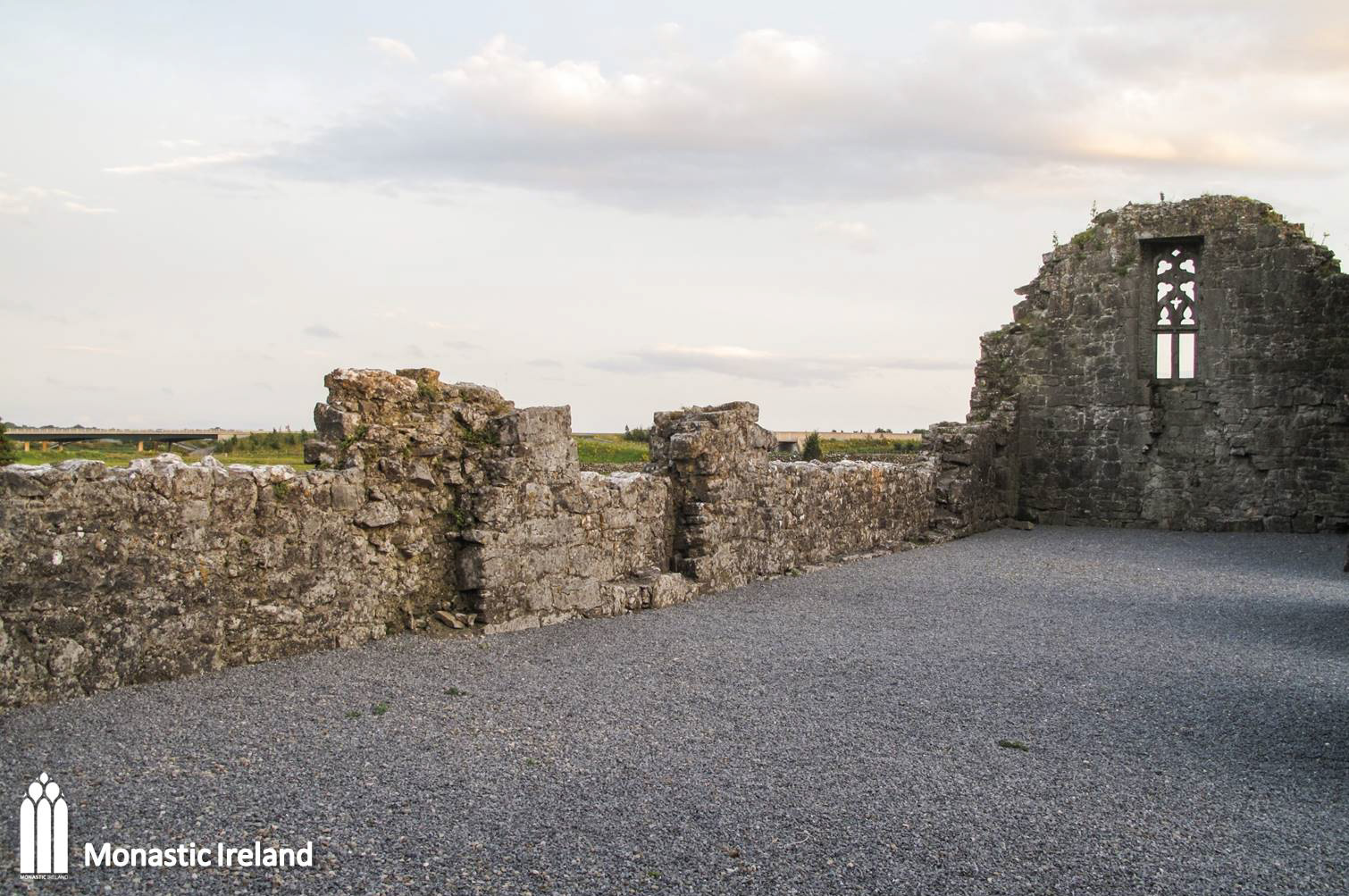 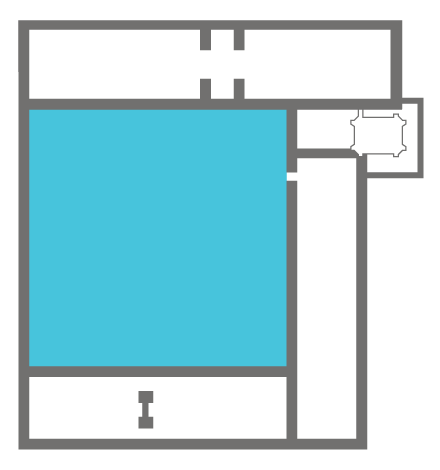 The cloister and domestic buildings are located south of the church. Nothing remains of the cloister walk and arcade, although the string course and corbels that would have supported the lean-to roof of the cloister walk can be seen along the south wall of the church. A doorway in the middle of that wall gave the canons access to the nave. The domestic buildings consisted of an east and south range, but no west range was ever built. 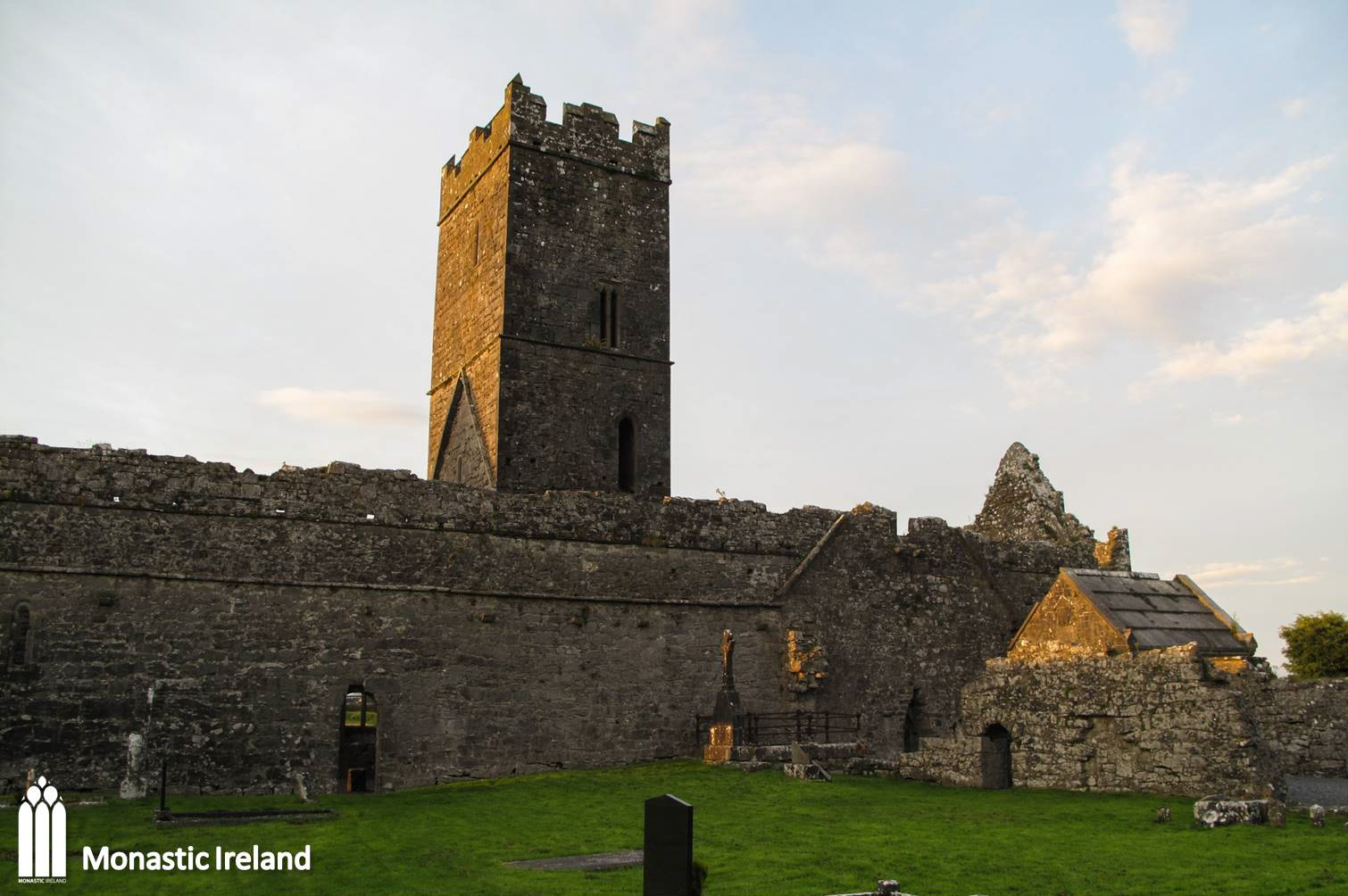 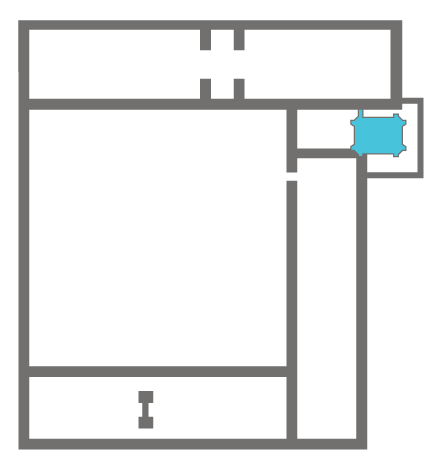 A view of the modern burial monument erected just south of the chancel, on the site of another building, a small chapel that was still standing and in use in 1681, when Thomas Dineley drew a sketch of the abbey. 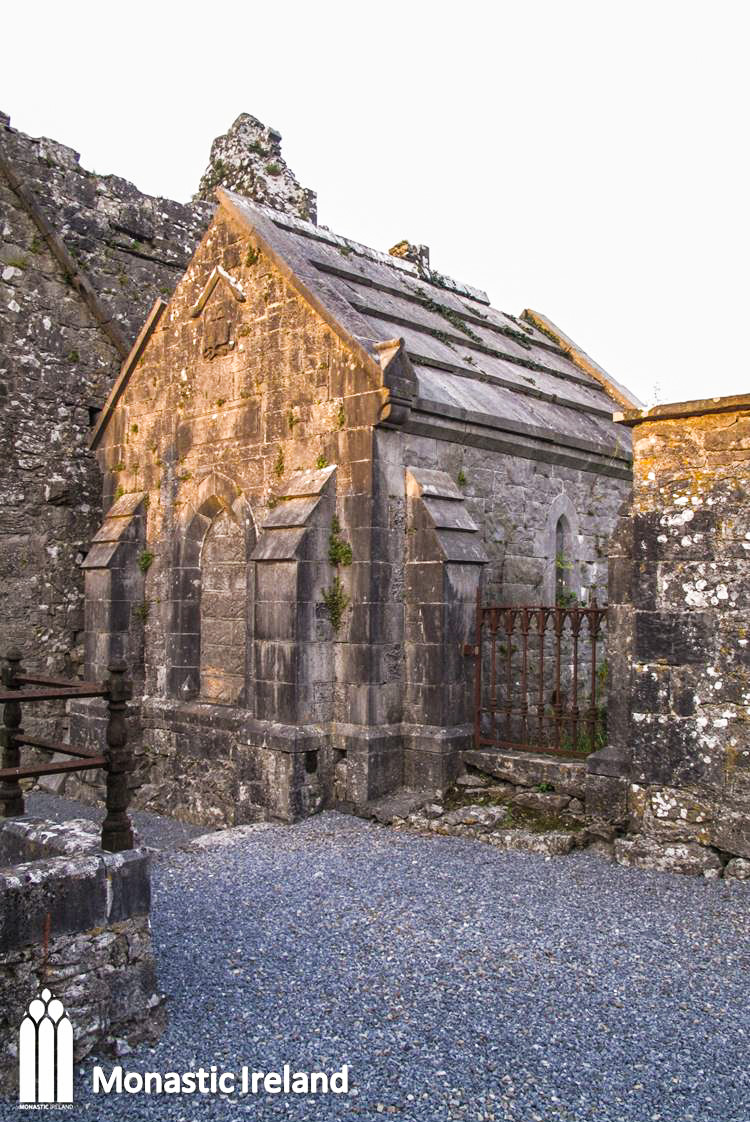 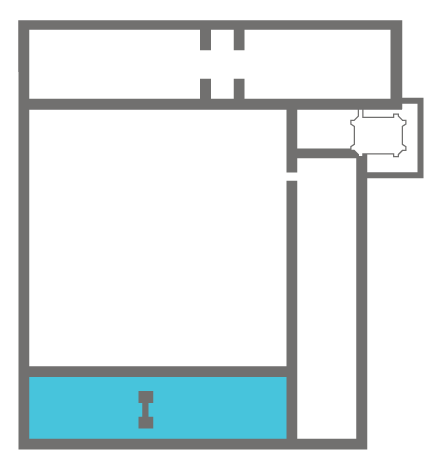 The south range likely housed the refectory and the kitchen, divided by a double fireplace with a tall chimney. 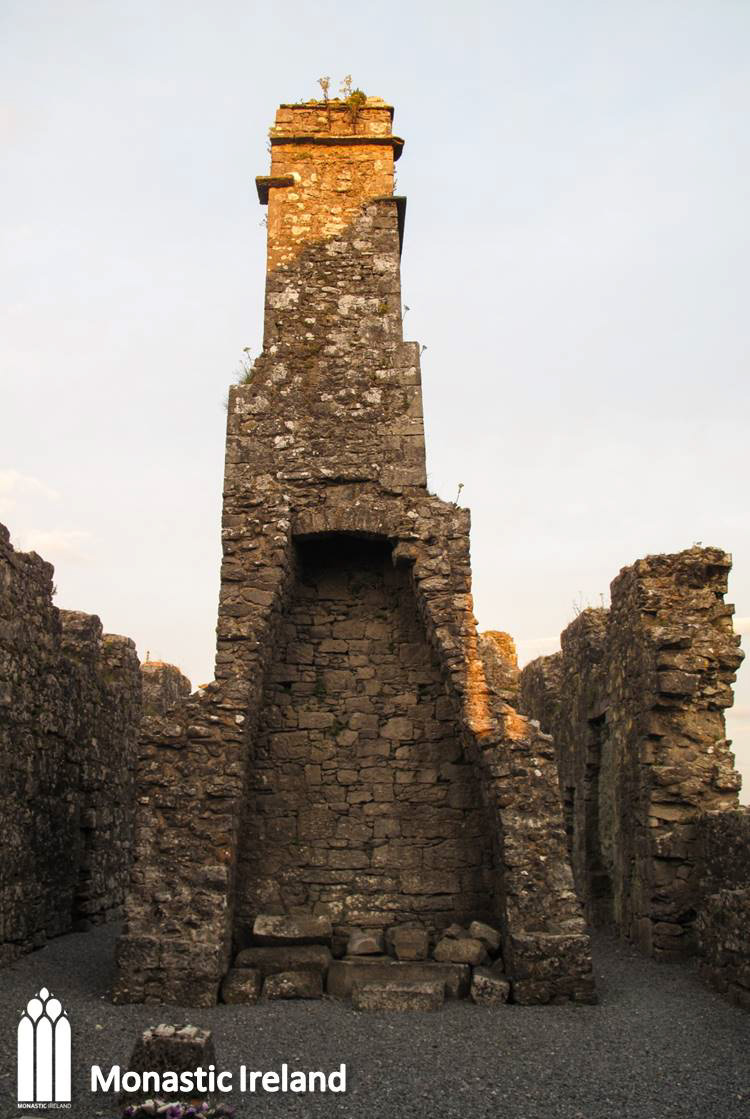