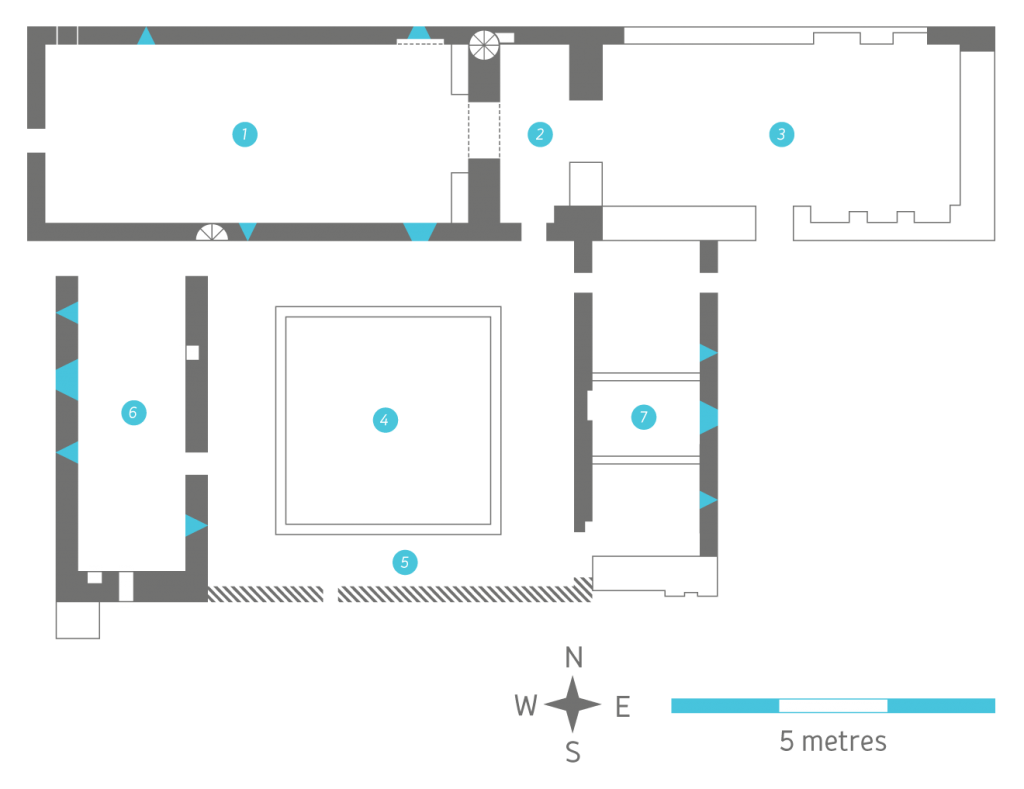 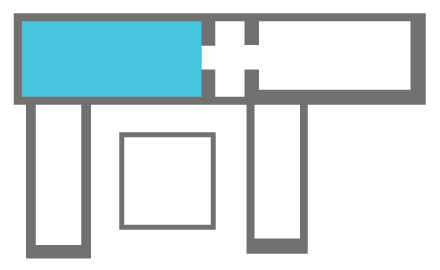 Located in the western part of the church, the nave was where congregations gathered to hear sermons preached and to attend Mass. In Cistercian churches, the nave was the site of the Laybrothers’ Choir, the area in which those members of the community charged with manual work attended Mass and an abbreviated form of the Divine Office at the beginning and the end of their day’s work

A view of the western façade of the friary church, with the doorway through which the lay community would have entered the nave. 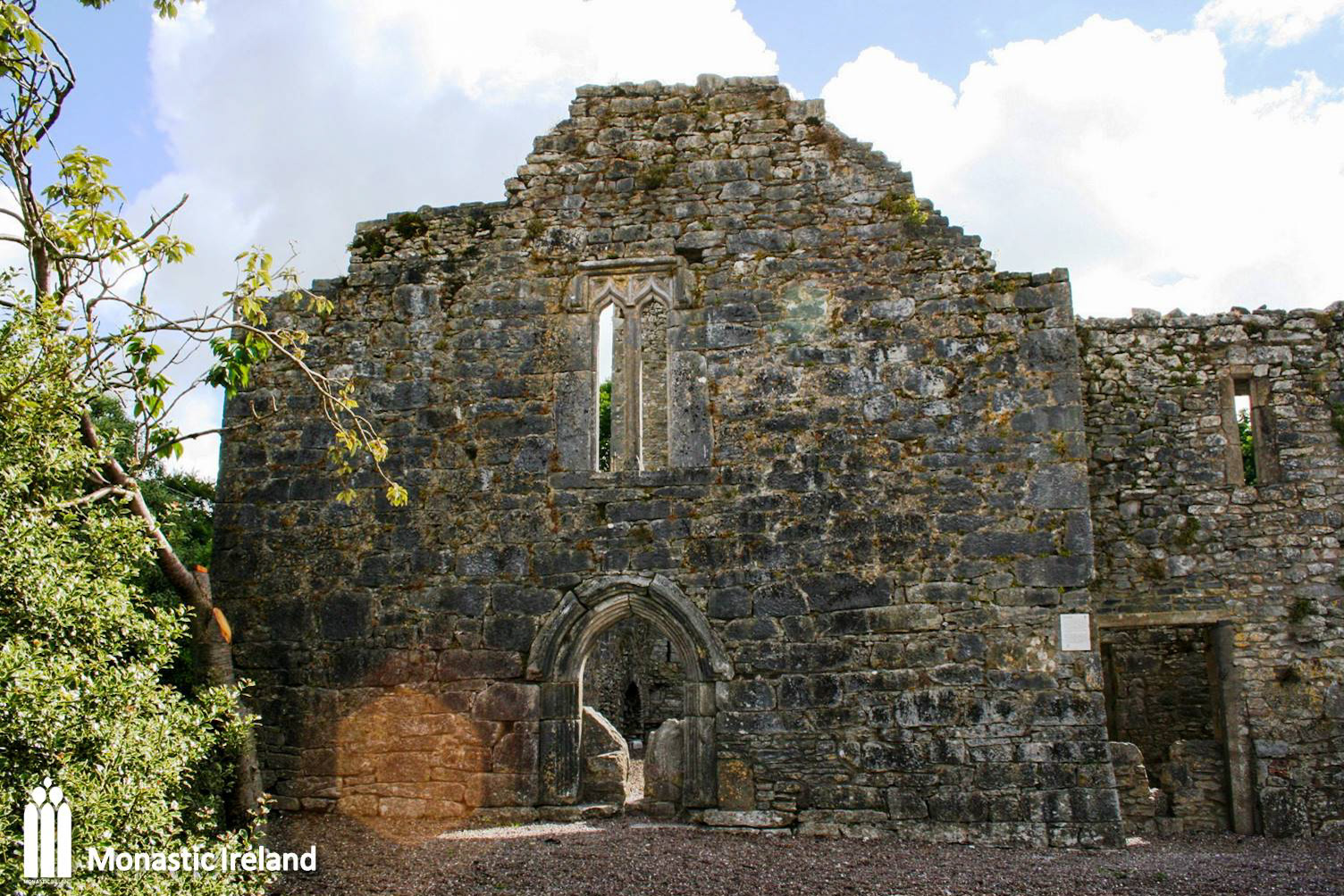 A close look at the fifteenth-century west doorway, with a pointed arch and multiple mouldings continuing down the jambs. 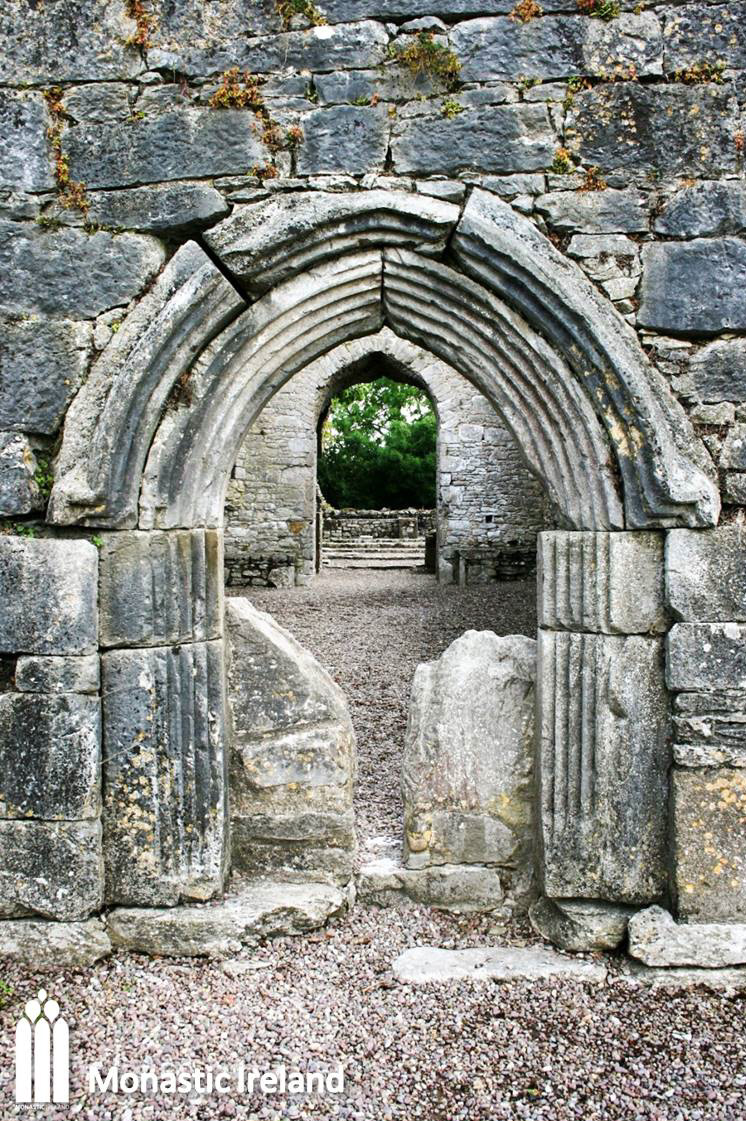 A view of the interior of the nave, looking at the west façade. A study of the fabric of the nave suggests that it was either finished or rebuilt in the fifteenth century, with evidence of earlier fabric in the eastern end of the nave. 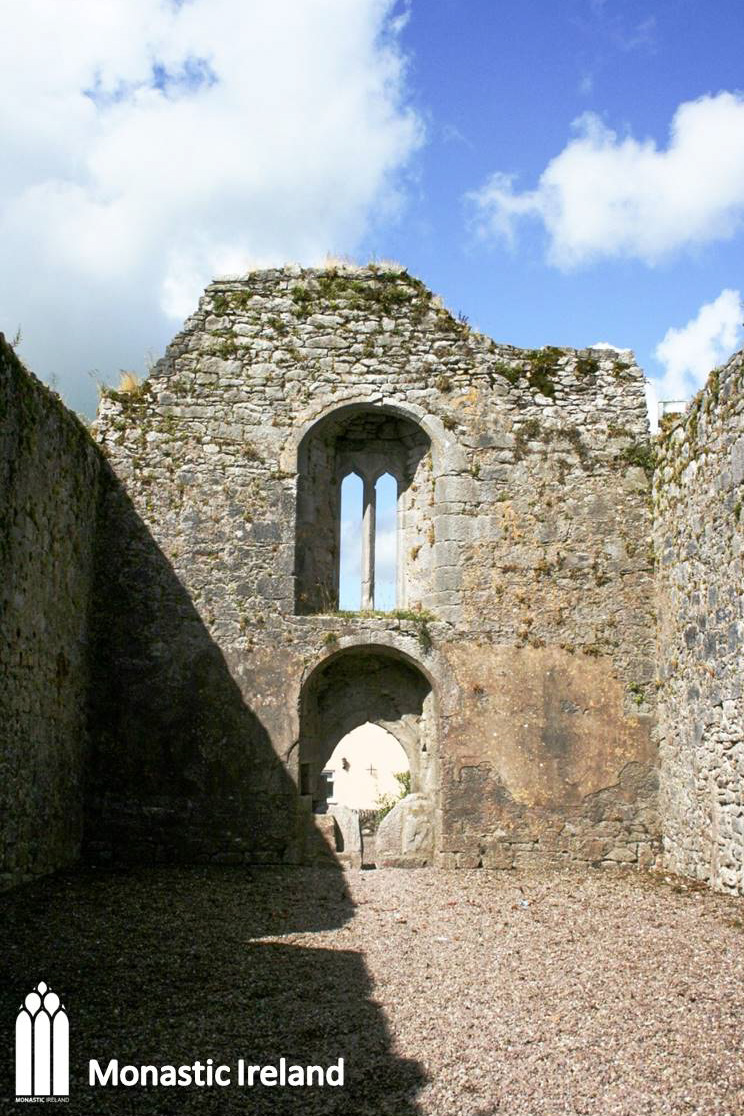 A view of the tomb wall in at the end of the nave’s north wall, as well as the secondary altar abutting the tower. That end of the nave shows evidence of earlier fabric, suggesting it dates to the fourteenth century, and that the rest of the nave was either finished or rebuilt later on, in the fifteenth century. 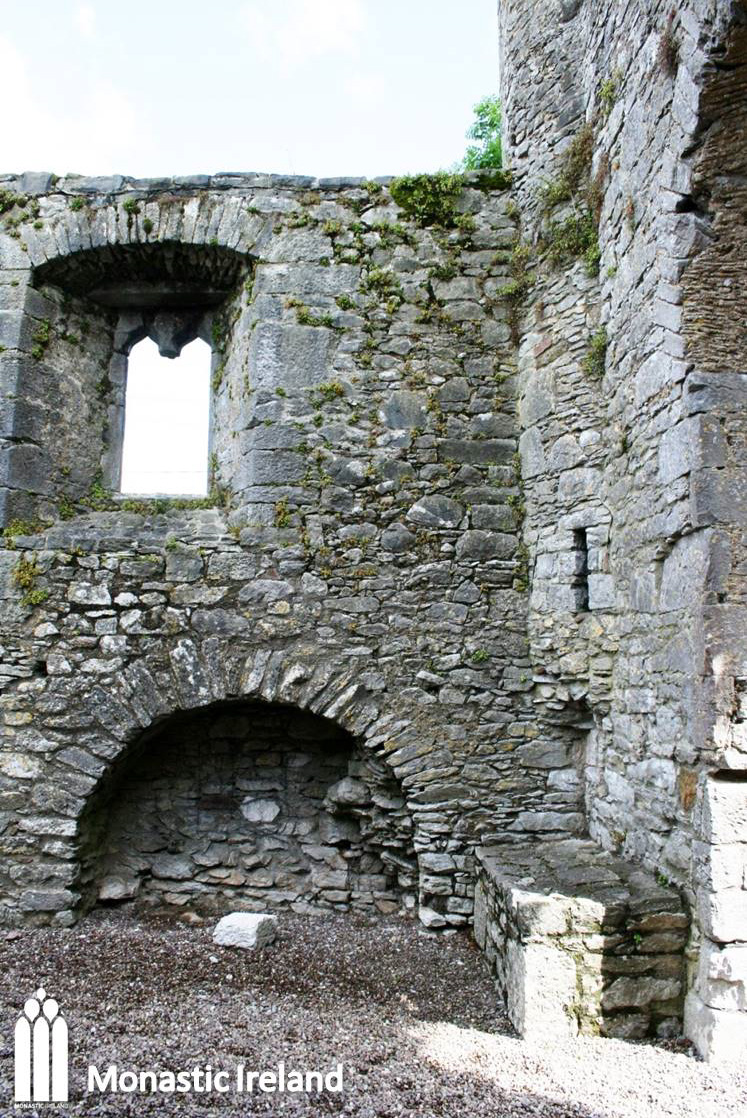 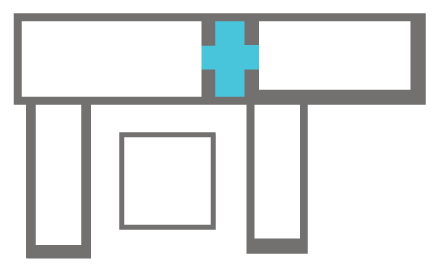 A view of the fifteenth-century central tower, which was an addition to the fourteenth century church. Its low and Two secondary altars can be seen on either side of the tower pointed arch. With its low and stocky appearance it looks very similar to the tower of Cashel Dominican friary, and indeed some have mistakenly described Castlelyons as a Dominican foundation in the past. 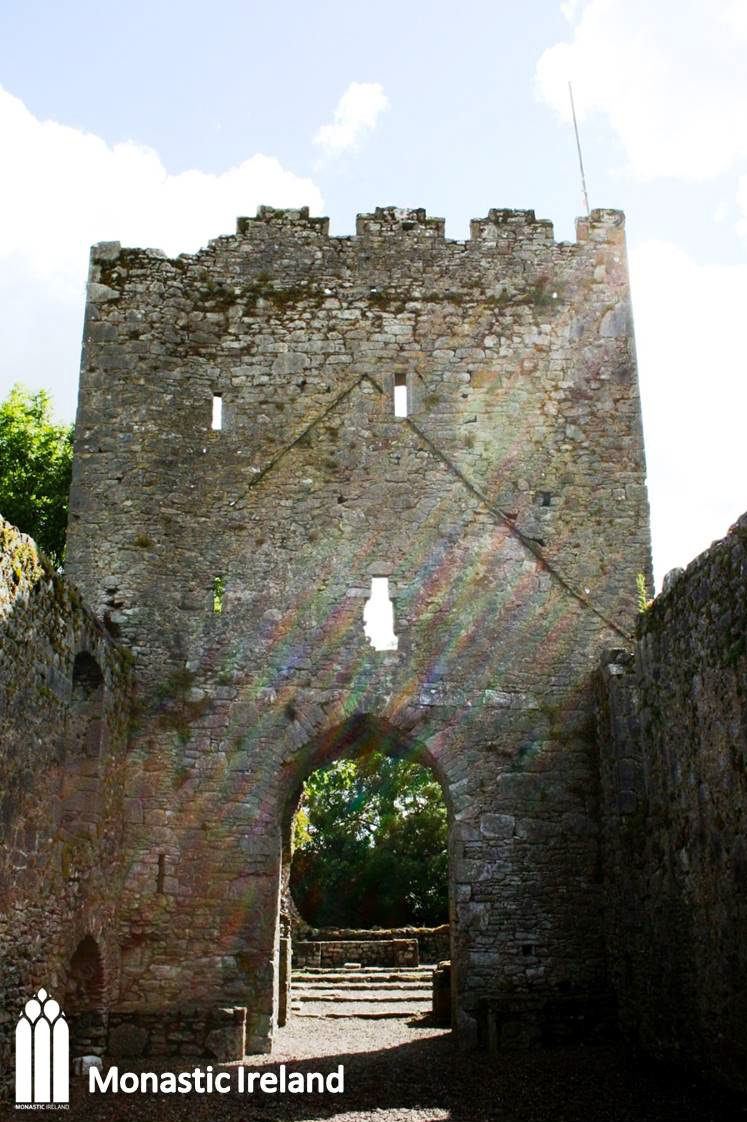 The east wall of the crossing tower has completely collapsed, which allows us to see inside the tower’s upper floors. The first floor, just above the arch, has wall niches. It is possible that this floor of the tower was used as a guest accommodation. 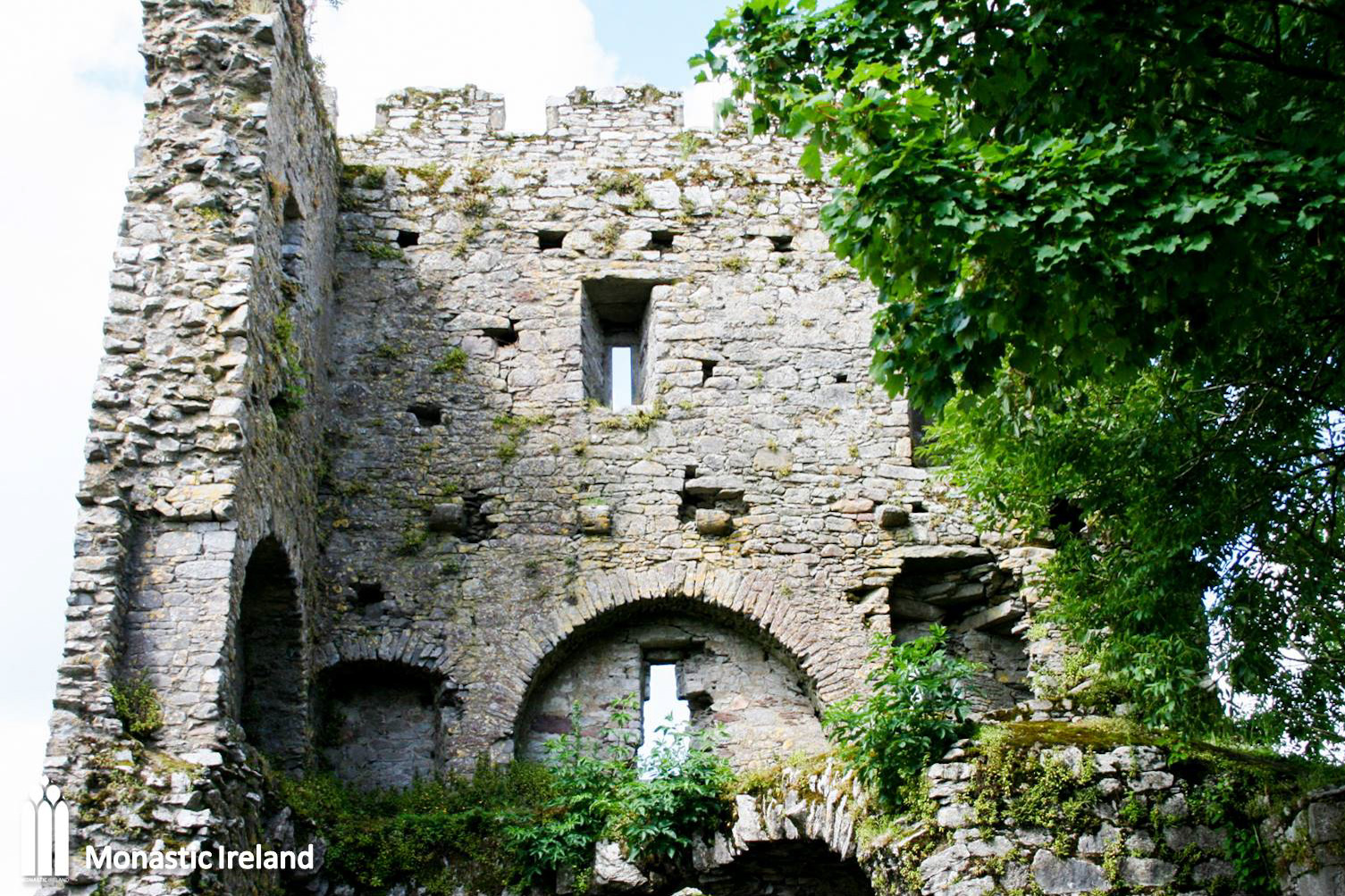 Another look at the tower, from the cloister extending to the south of the church, displaying its broken down profile. The pointed doorway leading into the tower was inserted into an earlier entrance. 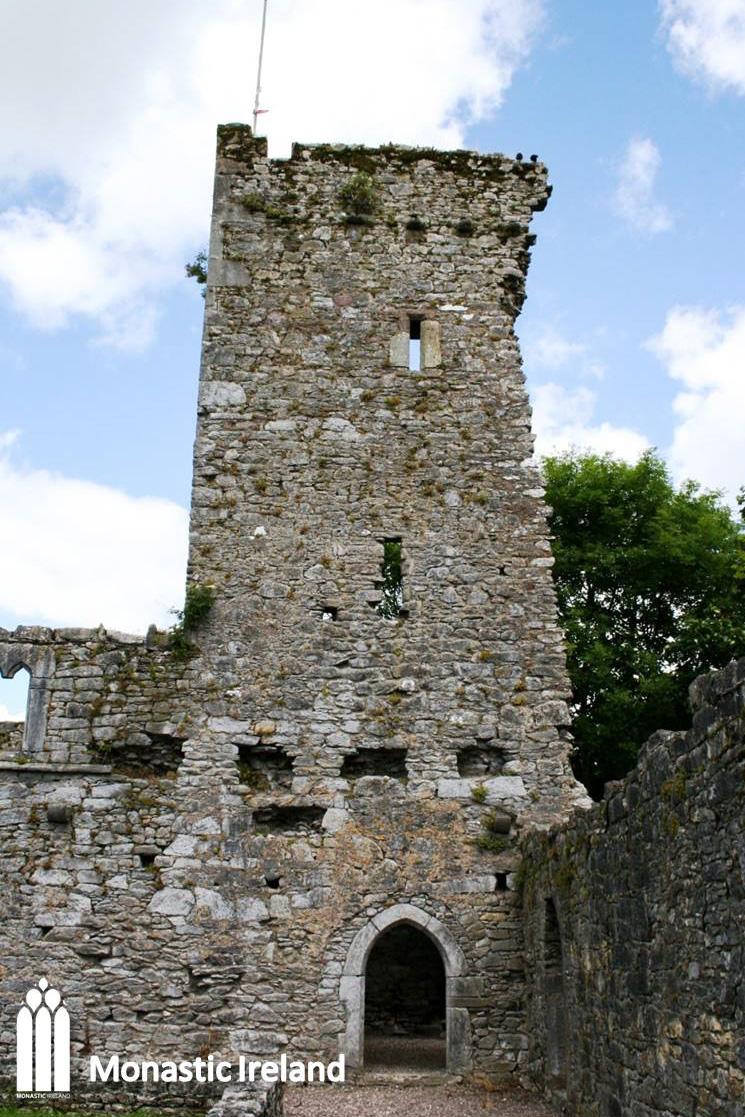 A look at the pointed arch doorway leading from the tower into the cloister garth, from inside the tower. You can clearly see how it was inserted into an earlier, wider opening, part of which was blocked up, to the right of the door. 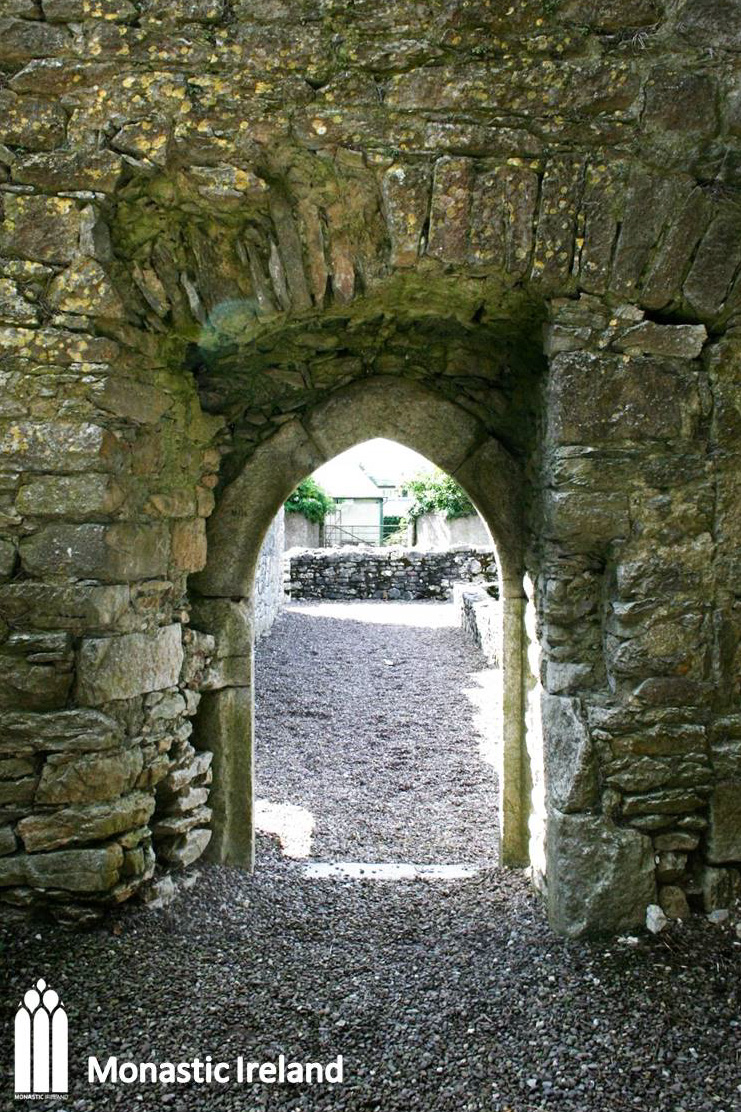 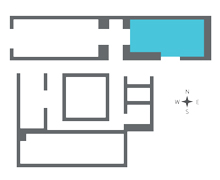 The chancel of the church, also known as the presbytery or monks' choir, is the area in the east of the building which surrounds the high altar. 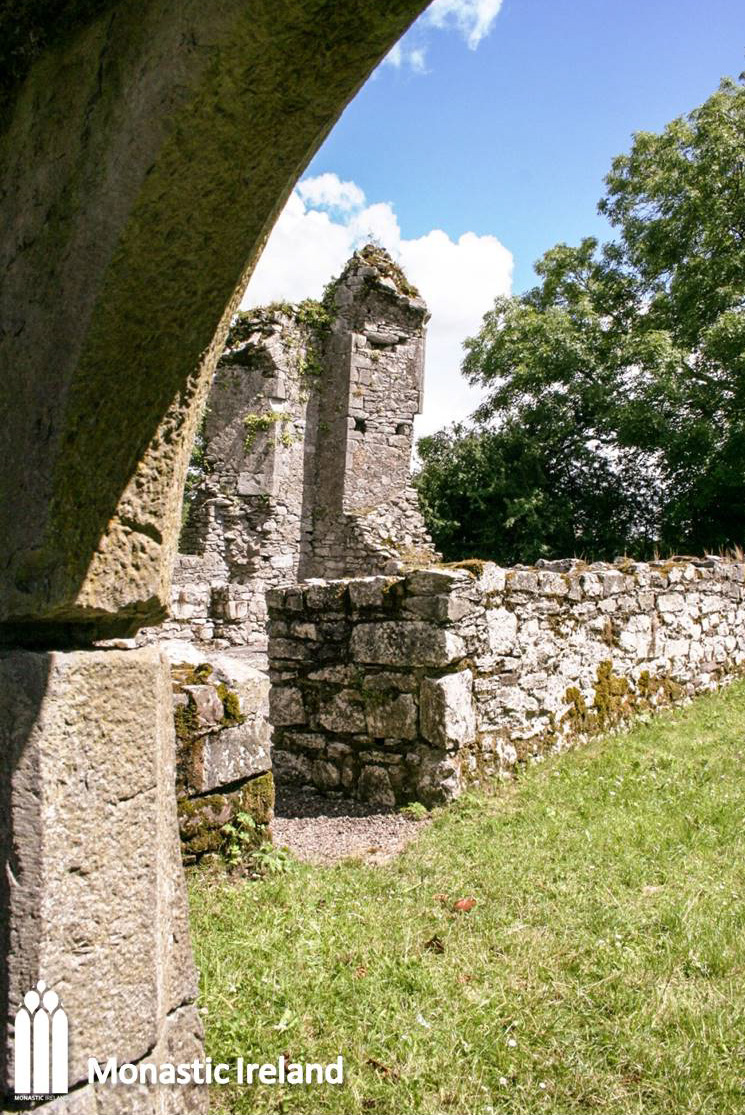 A view of the interior of the chancel, looking at the remains of the high altar and of the east window, which suggest it would have been rather large and tall, and probably composed of a number of pointed lancets. The grave slabs in the foreground are likely post-medieval in date and testify to the continuous use of the friary as a burial ground by the local community. 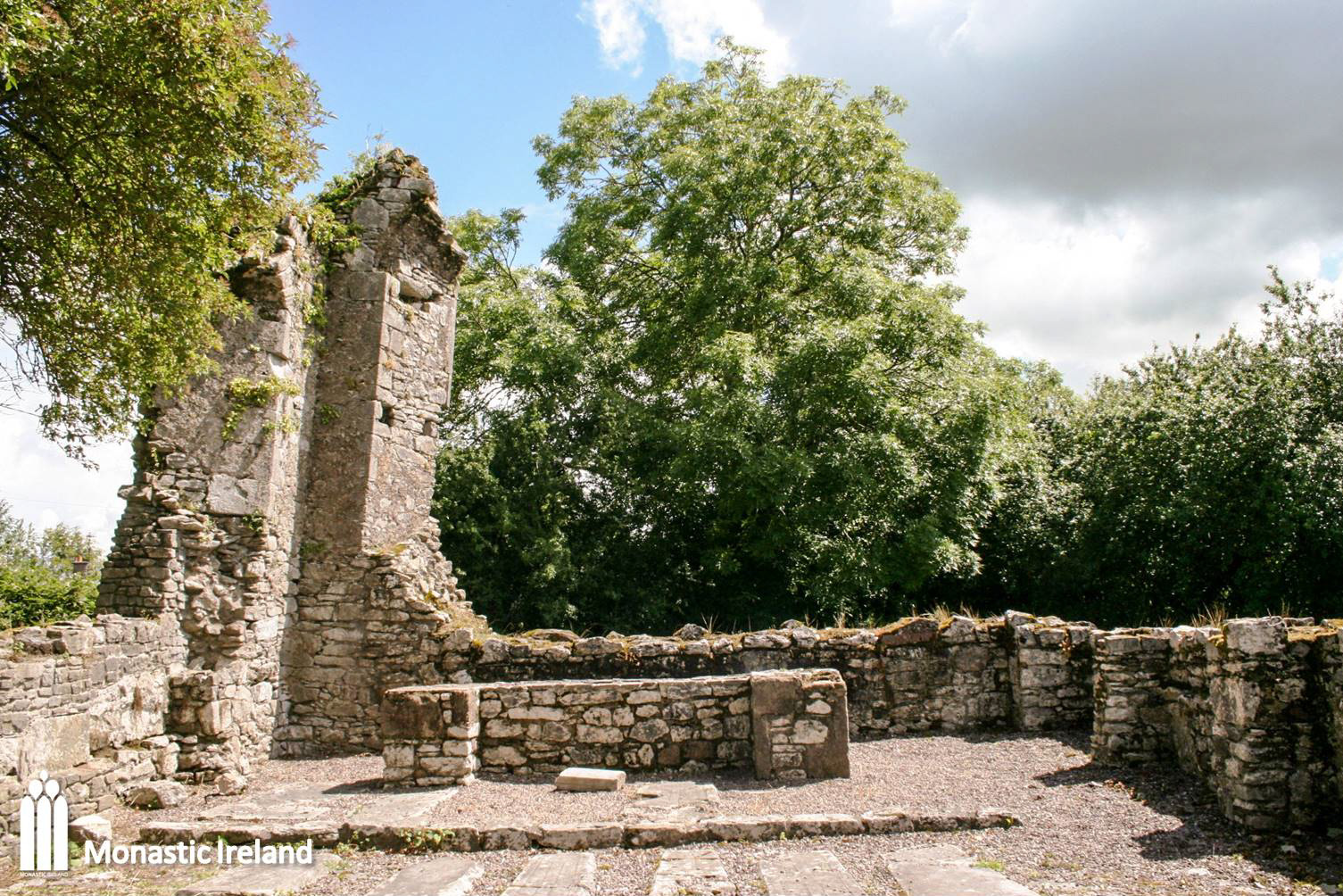 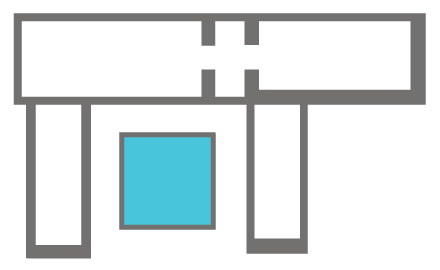 The uncovered central space within a cloister

The cloister garth is surrounded by the cloister arcade or alley, which was a covered walkway which connects the domestic ranges and the church

A view of cloister garth, looking down from the west range first floor level. The low wall indicates the position of the cloister arcade, which supported the lean-to roof covering the cloister walk. The east range can be seen to the left, while to the right it is believed a south range once stood, which would have housed the friars’ refectory. 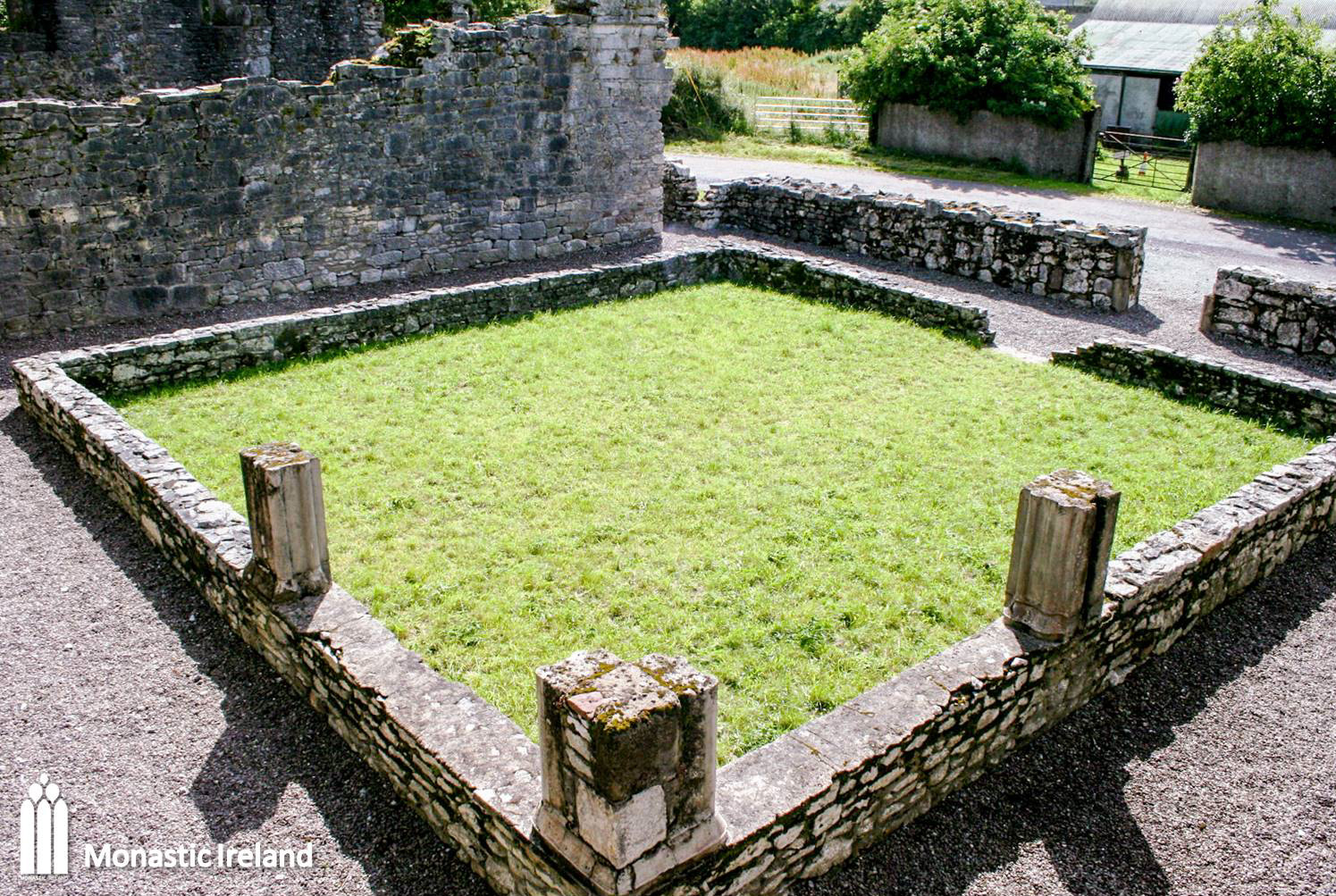 A closer look at the southwest corner of the cloister arcade. The Office of Public Work likely built the columns seen here when conservation work was undertaken in the 1930s; they might be based on fragments recovered during the work. Behind them, the corbels lining the wall used to support the cloister’s lean-to roof. 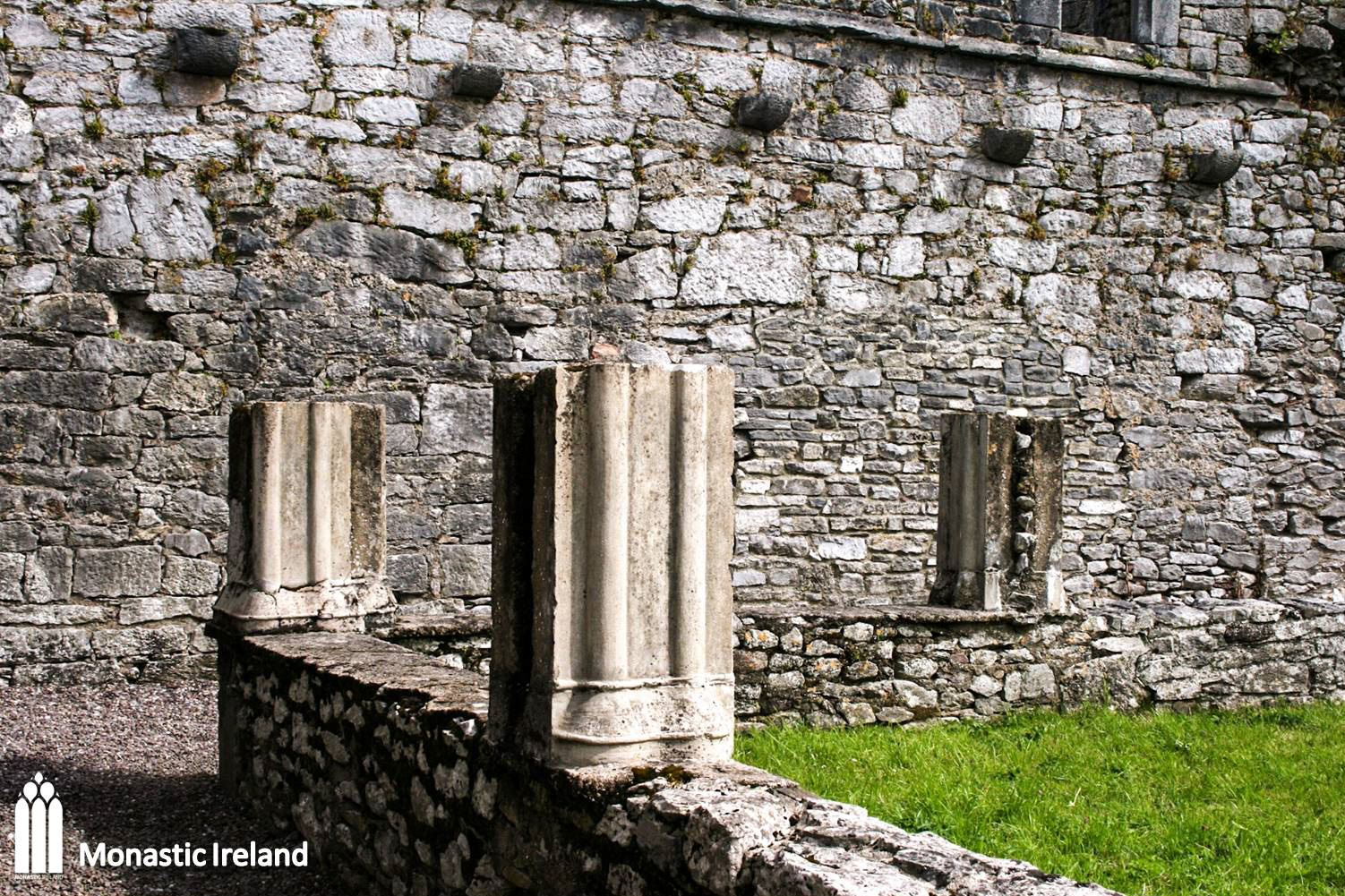 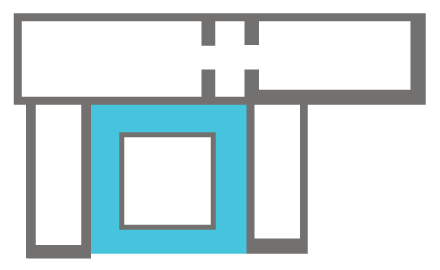 The cloister walk (or cloister alley) was the covered walkway that surrouded the cloister garth, connecting the domestic ranges to the church. It was often used as a burial place for members of the order or for important benefactors.

A view of the north cloister walk, which runs along the south wall of the church, looking through a doorway from the inside the wets range. 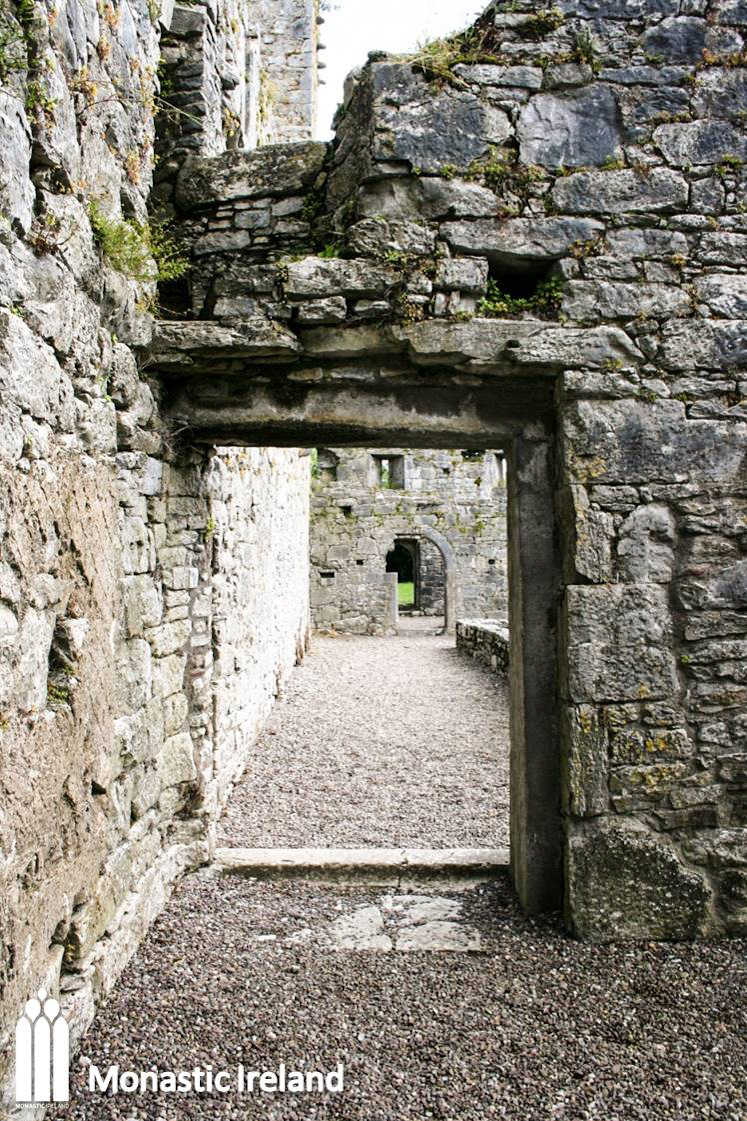 These stairs led the friars sleeping on the upper floor of the west range from their dormitory down to the cloister, and from there into the church, via the central tower. They survive up to first floor level, but the latter does not. 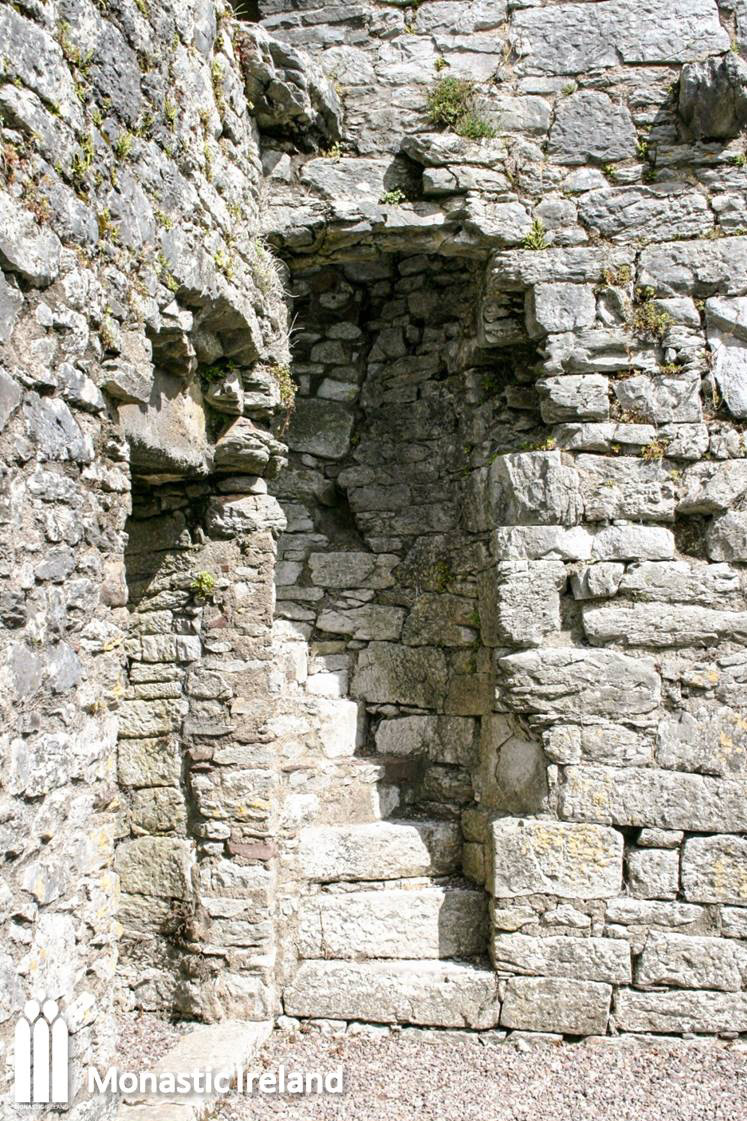 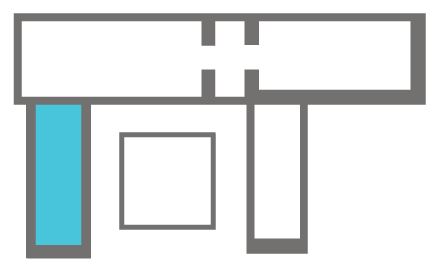 This was the area where the community interacted with the secular world.
In Benedictine and Cistercian communities, the laybrothers' accommodation was located here.
In friaries, alms were given, hospitality offered and guests were received.

A view of the west domestic range, which housed a dormitory on the upper floor, and perhaps a kitchen and storeroom on the ground floor. 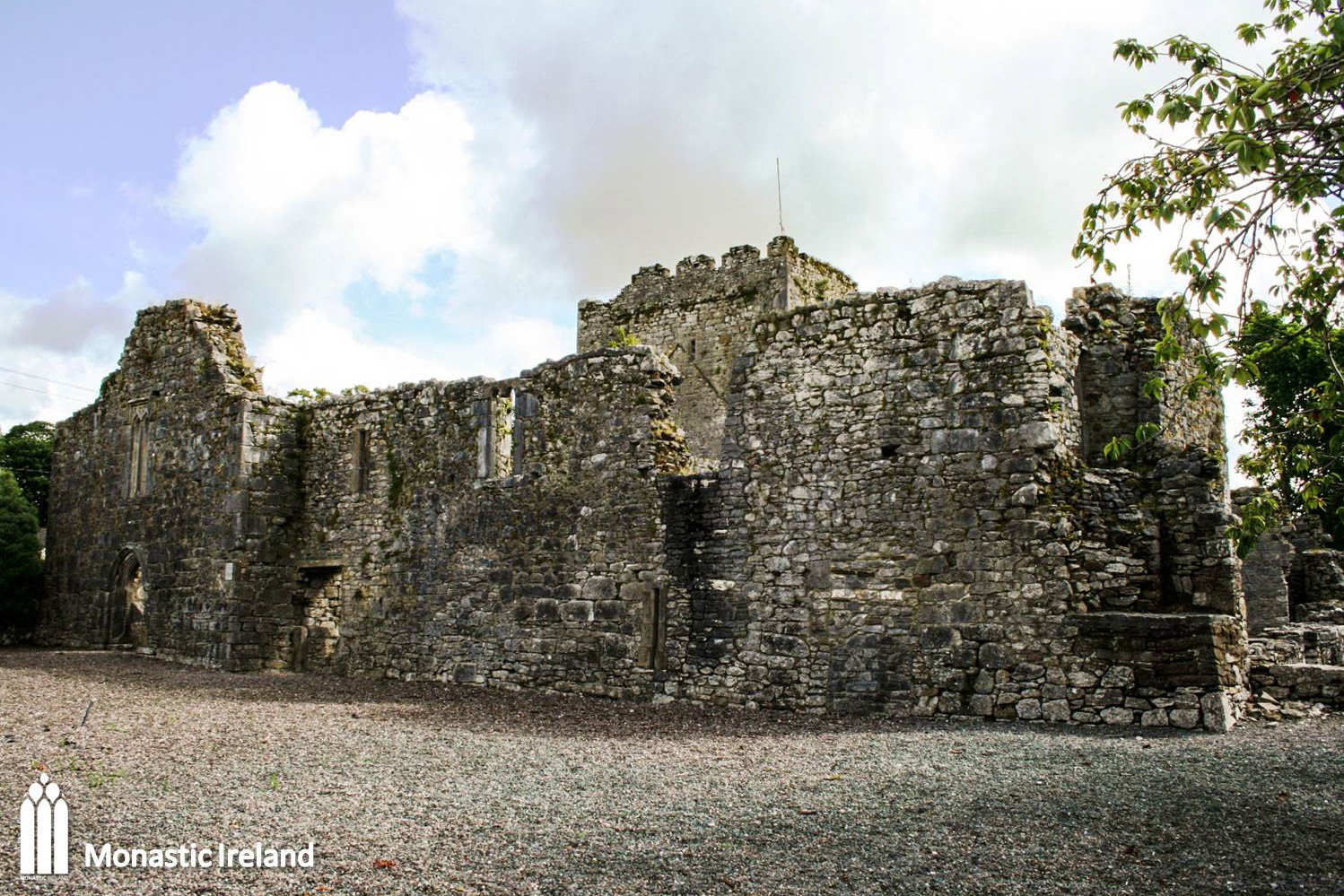 A view of the interior of the west range, showing the line of square holes which would have held the wooden beams supporting the upper storey floors. It housed a well-lit dormitory, while the darker lower floor could have housed a store room, and perhaps the kitchen in its southern end - there is a 30cm wide square opening in the south wall of the range, which might have been used to pass dishes from the kitchen to the refectory in the south range, which does not survive above ground. 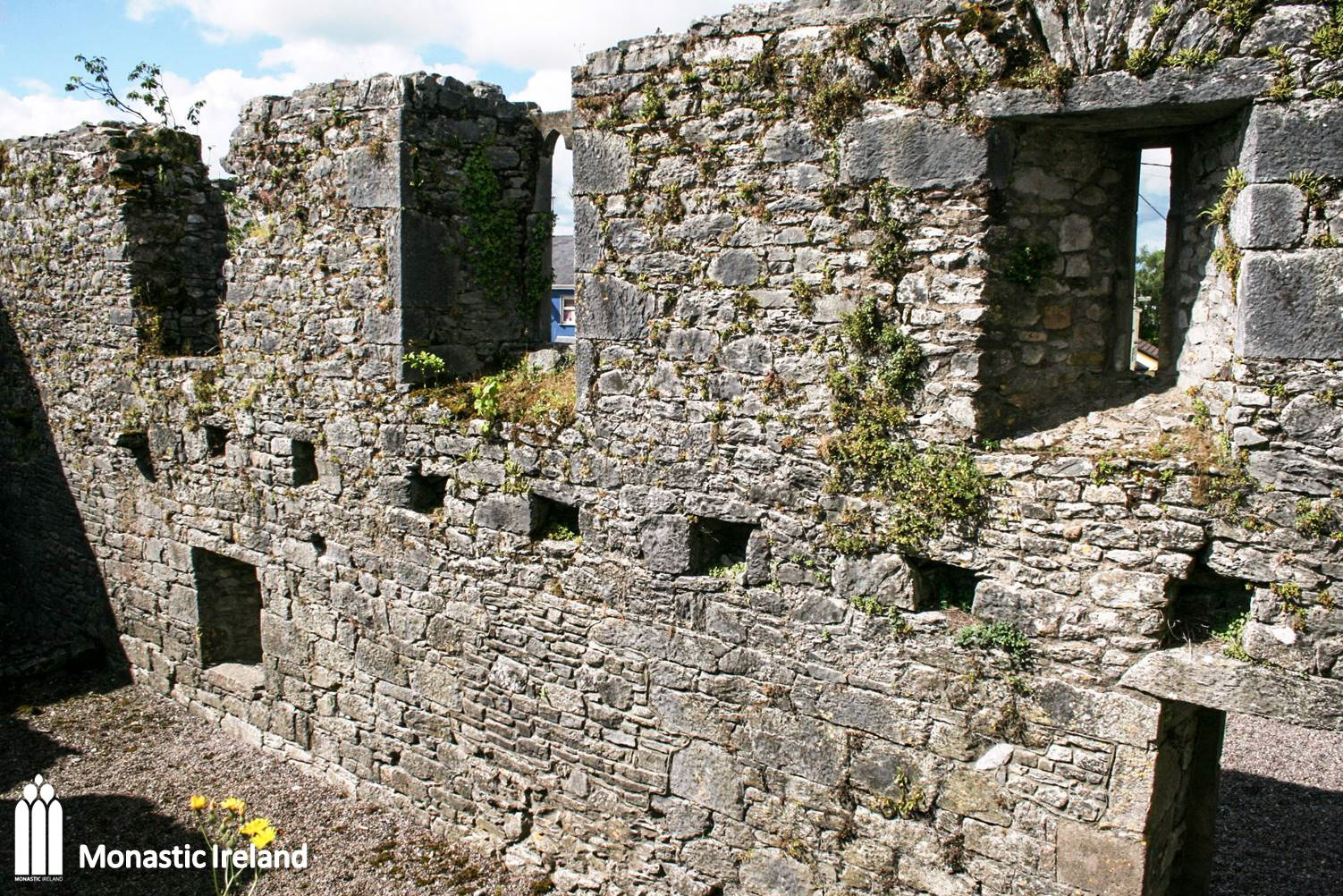 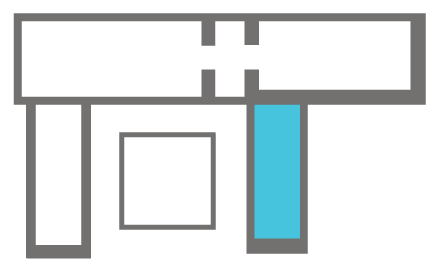 This range contained essential rooms for monastic life, such as the sacristy, chapter house, calefactory and dormitories above.

Interior of the nave, looking towards the east range. The church
was built in the first half of the fourteenth century, while the two surviving
domestic ranges date to the fifteenth century. The low wall in the foreground is a
reconstruction by the Office of Public Works. 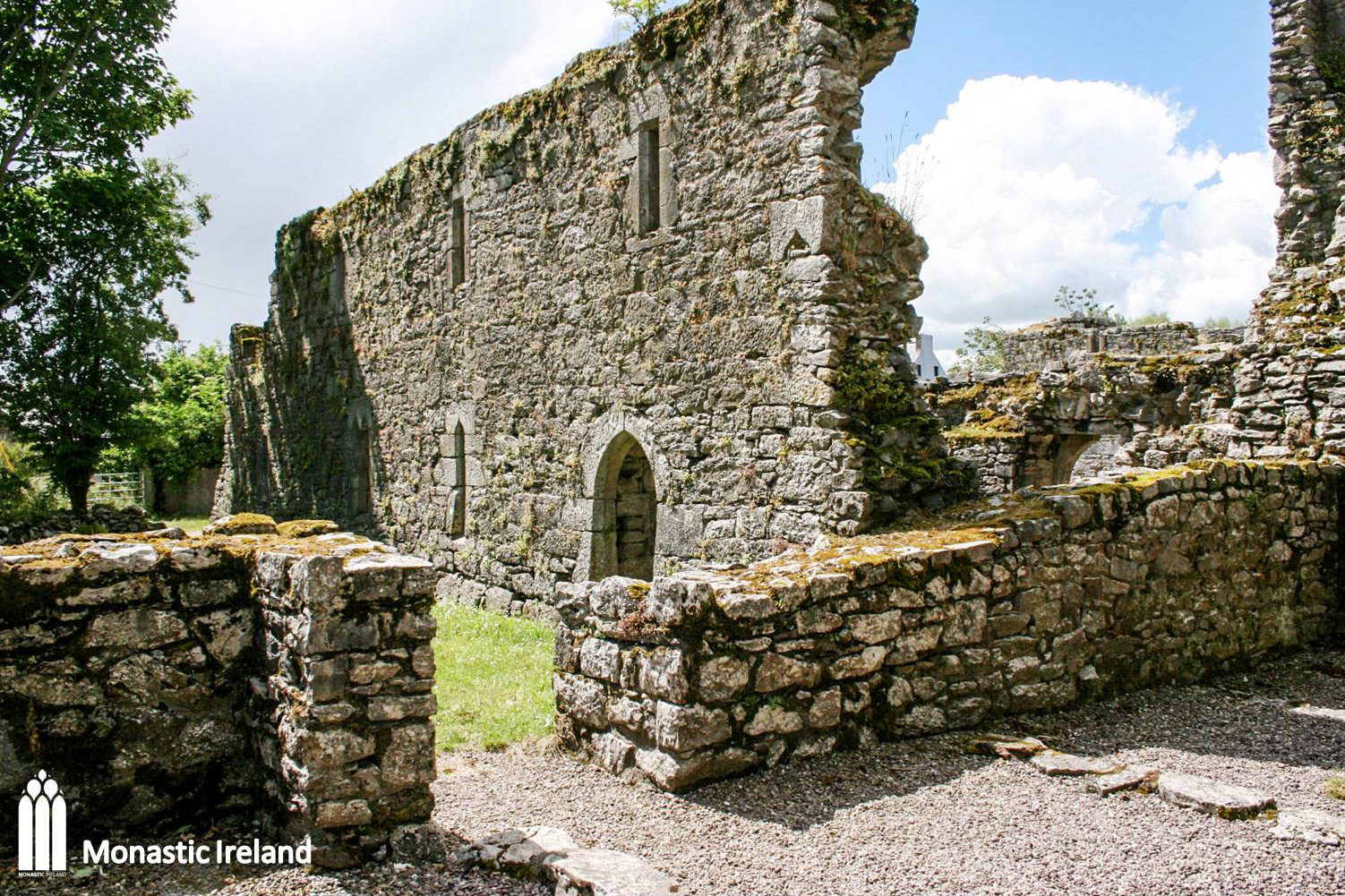 A close look at the south end of the east range; despite the
disturbed state of the masonry, it seems that a garderobe might have been
located at this end of the range, which was basically the friars’ toilet, projecting off the building at first floor level and consisting of a hole, chute and cesspit
below. 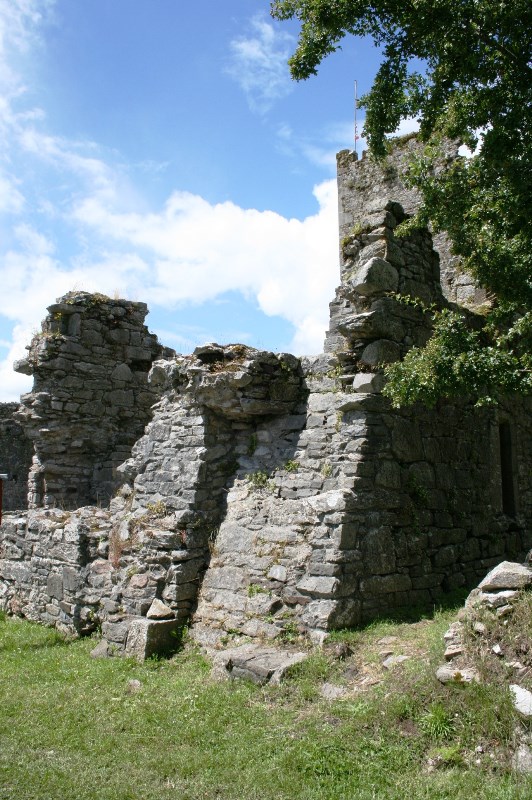 A view of the east range from the road. The north and south walls
of the range are all but gone. 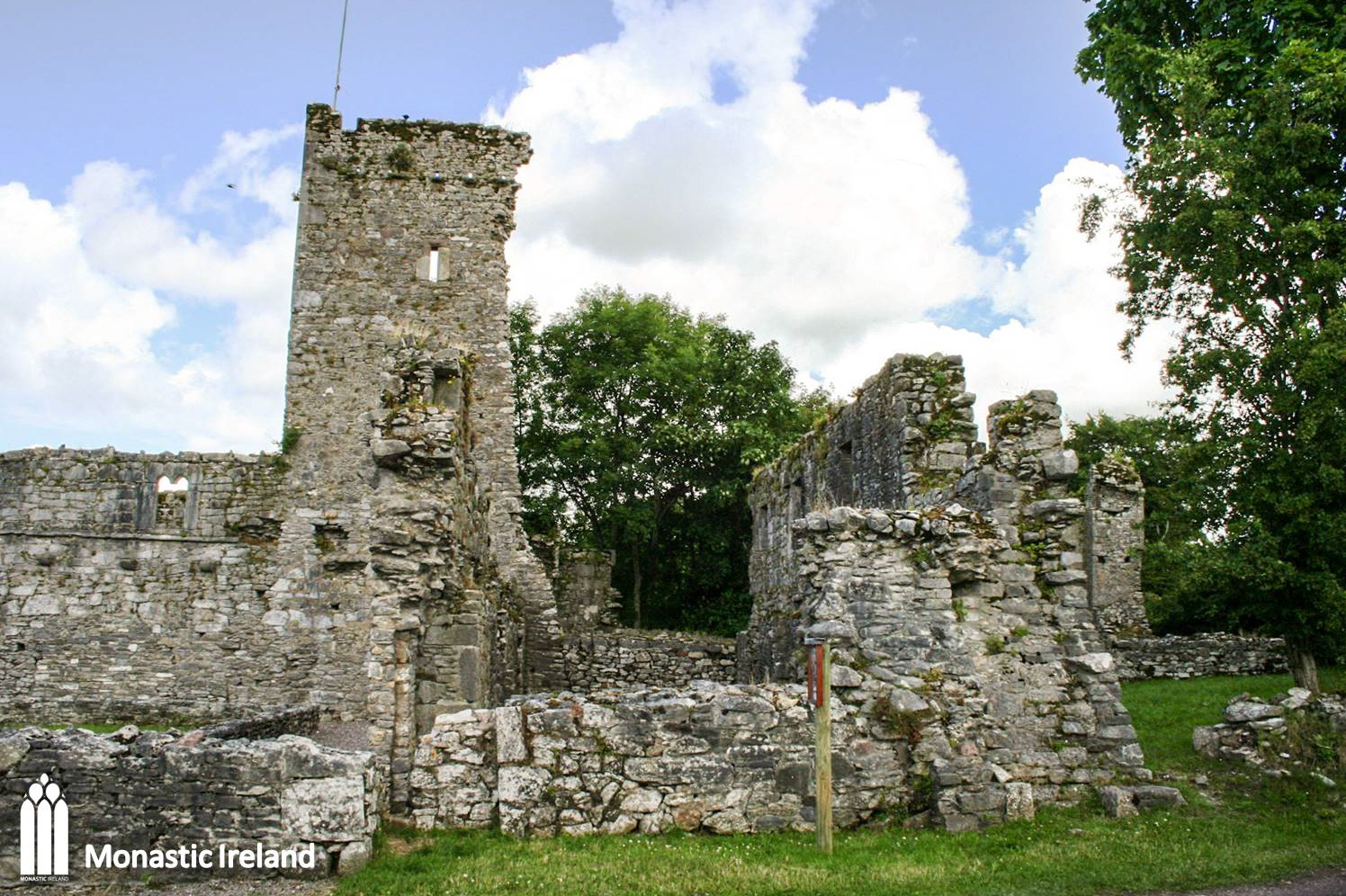