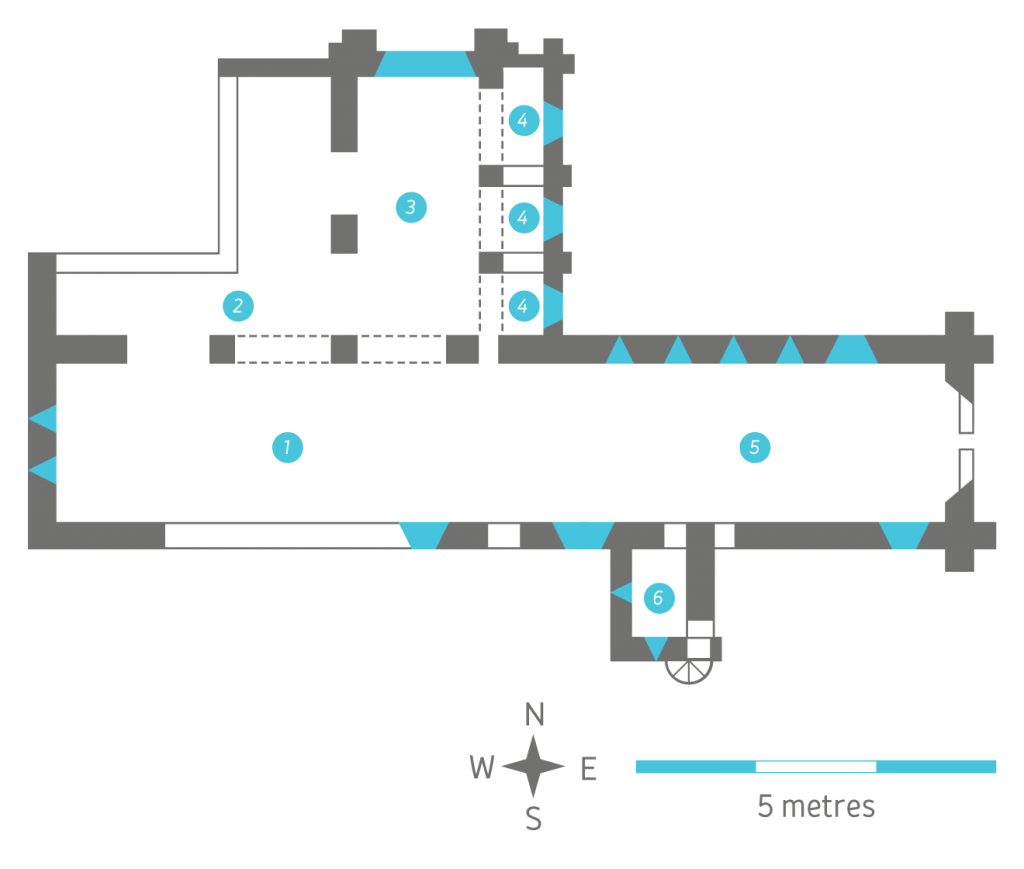 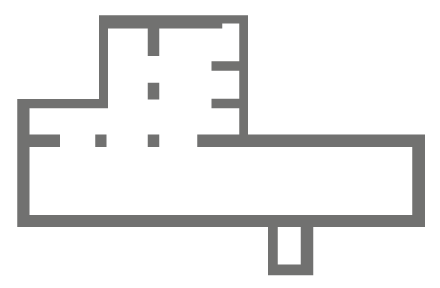 A view of the east end of the church, with the north transept in the background. The doorway seen underneath the large east window is an addition, as originally the laity would have entered the church through its west end, into the nave. Excavations have revealed that parts of the friary cemetery extended to the area between the east gable and the medieval street, probably extending west along the southern side of the church, between the eastern domestic range and the street. 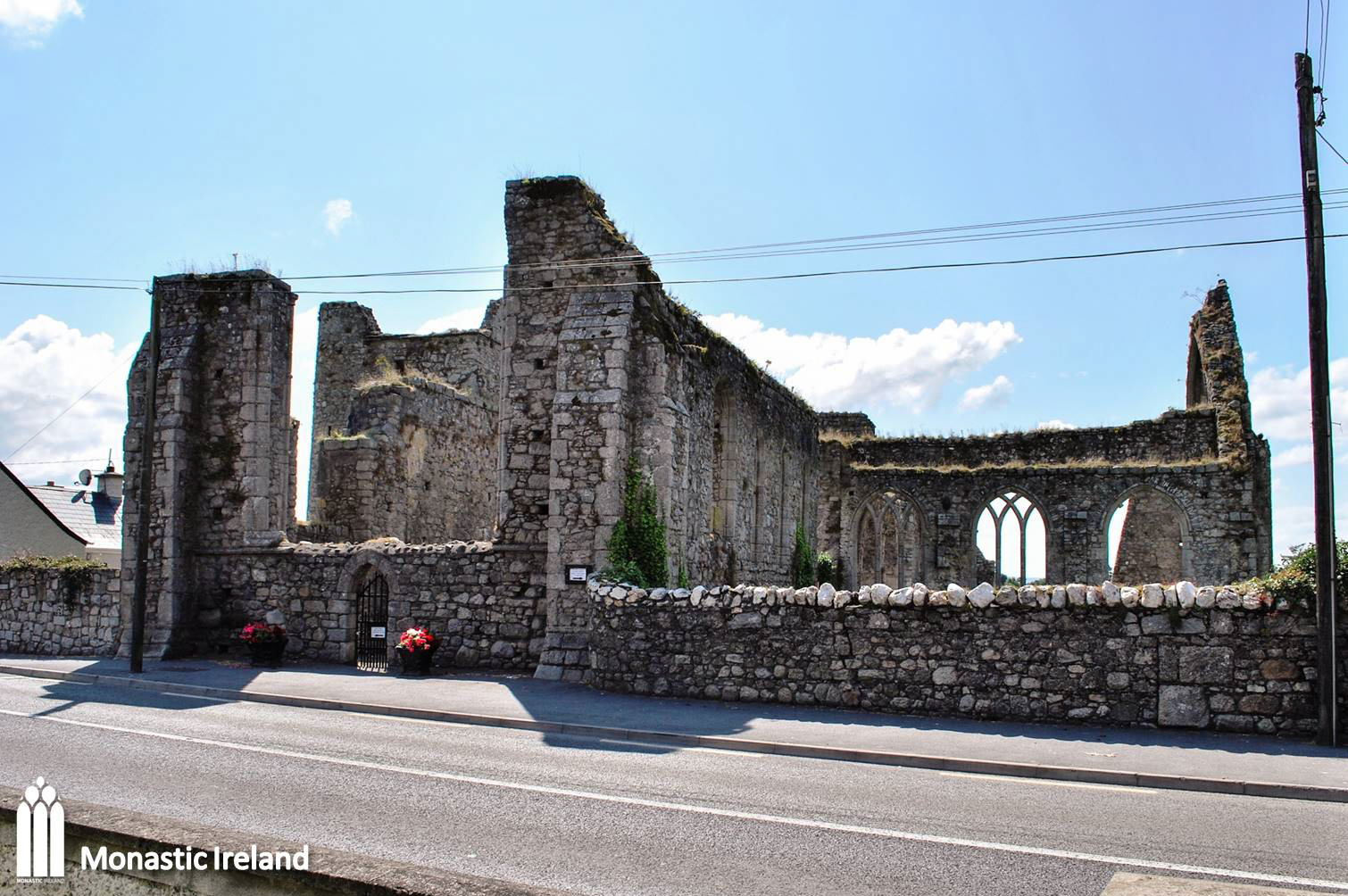 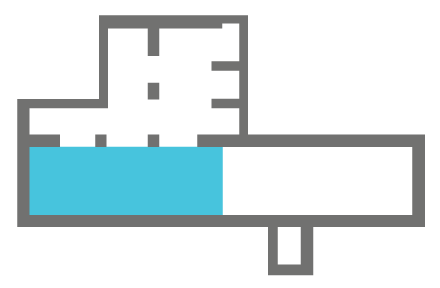 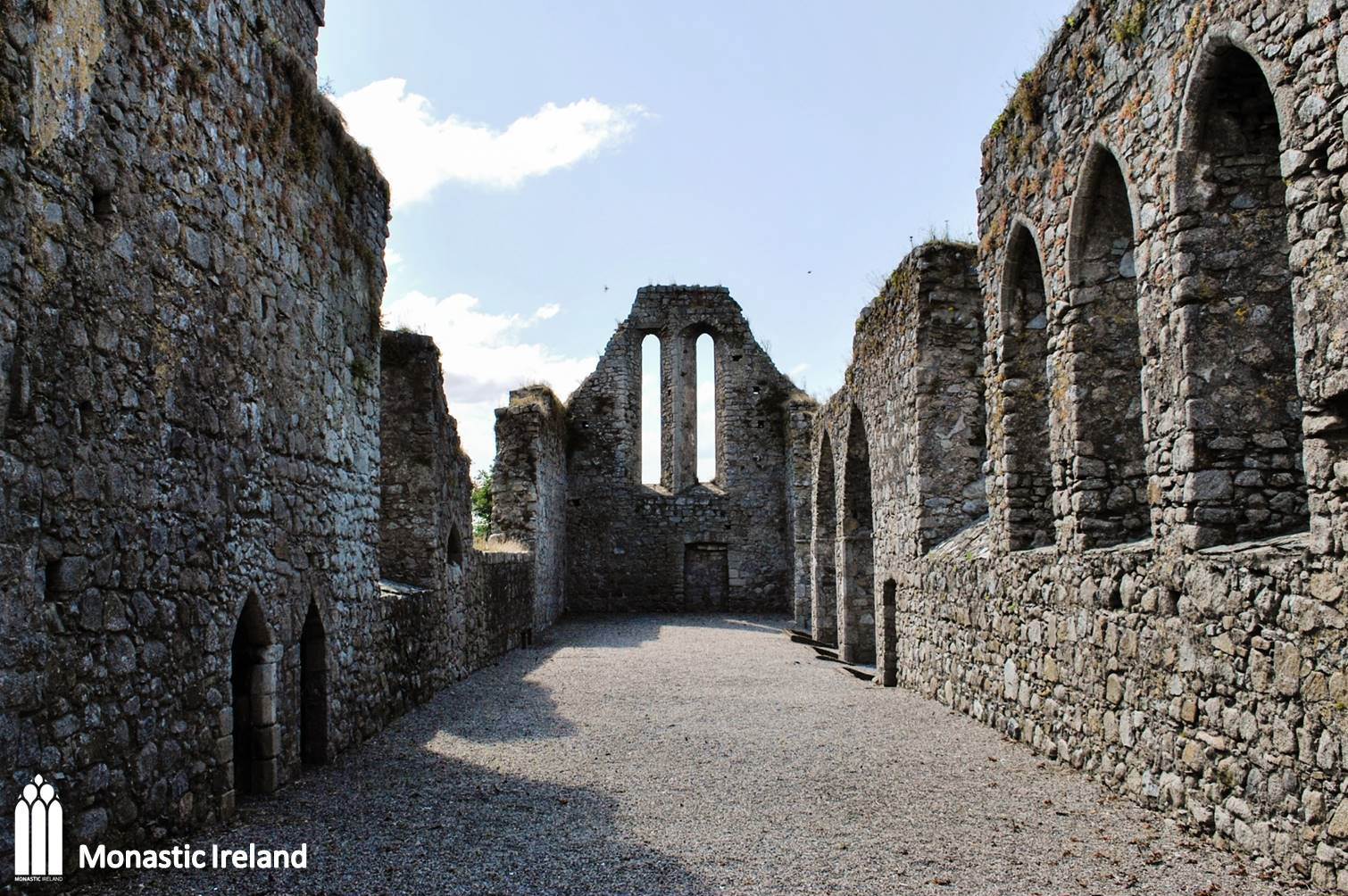 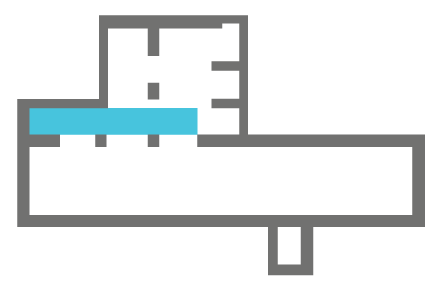 An image of the east side of north transept taken from the aisle.
(Taken by Robert French, taken c.1880-1900. From the Lawrence Photograph Collection, National Library of Ireland) 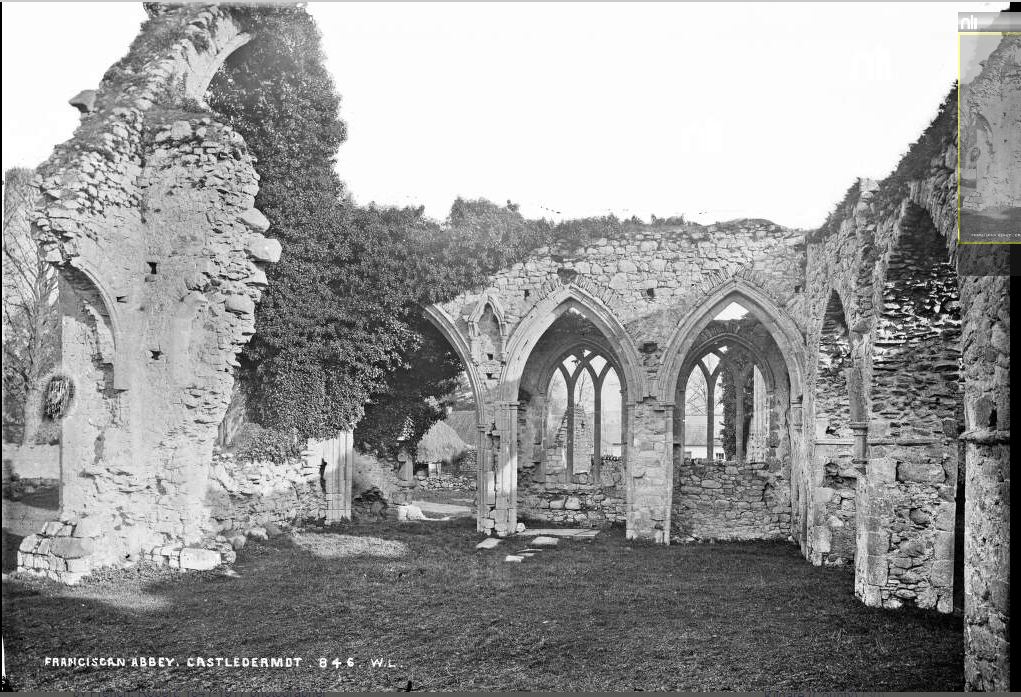 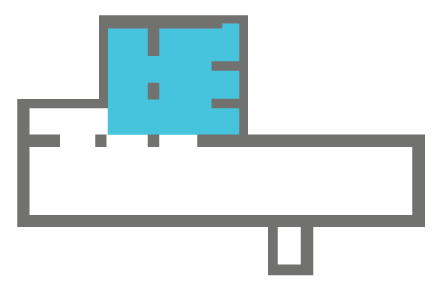 One of the external buttresses framing the window in the north wall of the transept. 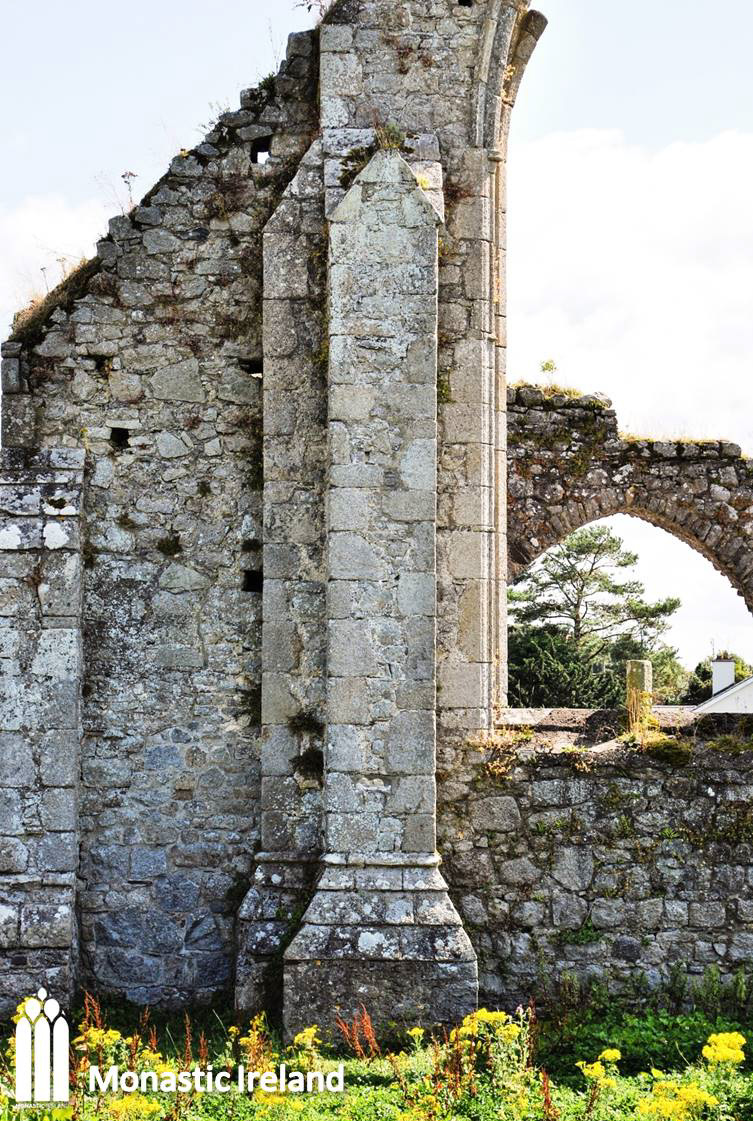 A closer look at one of the three-light window with switch-line tracery in the east wall of the north transept. Note the small structural buttresses on either sides of the window. 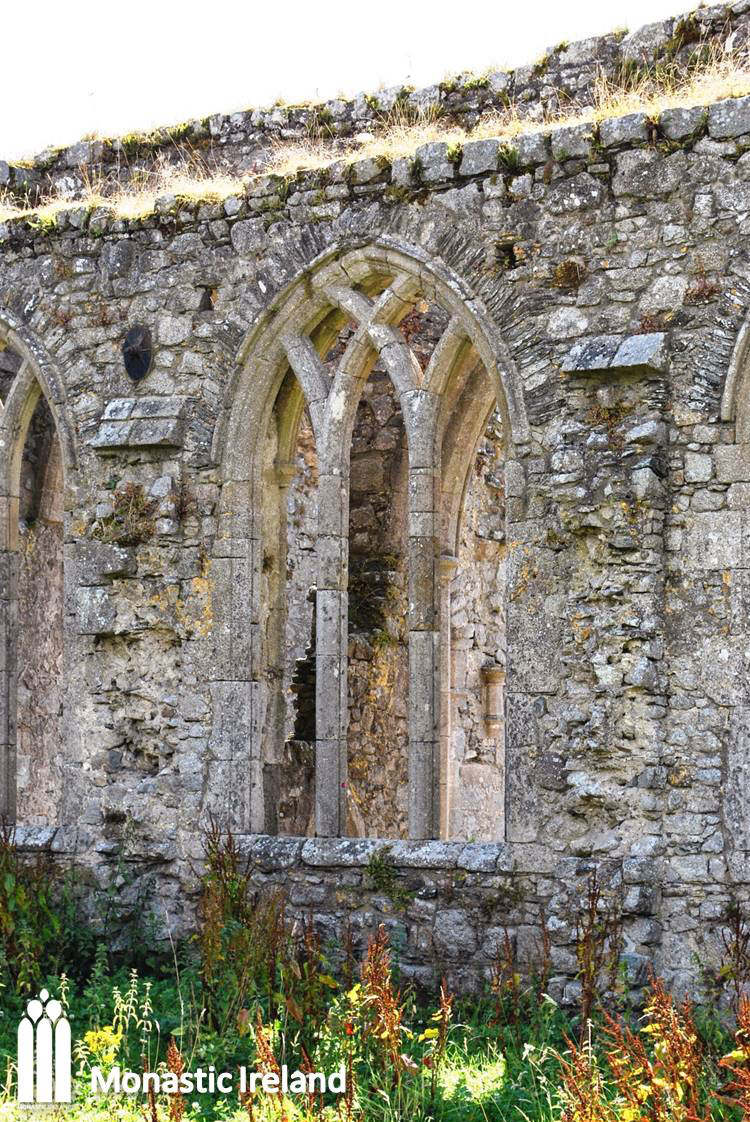 A view of the transept north window. Its tracery has disappeared but its impressive height and width attest of the power and wealth the benefactors of the friars wished to display through their patronage. Through the window can be glimpsed the arcade of pointed arches dividing off the nave from the transept. 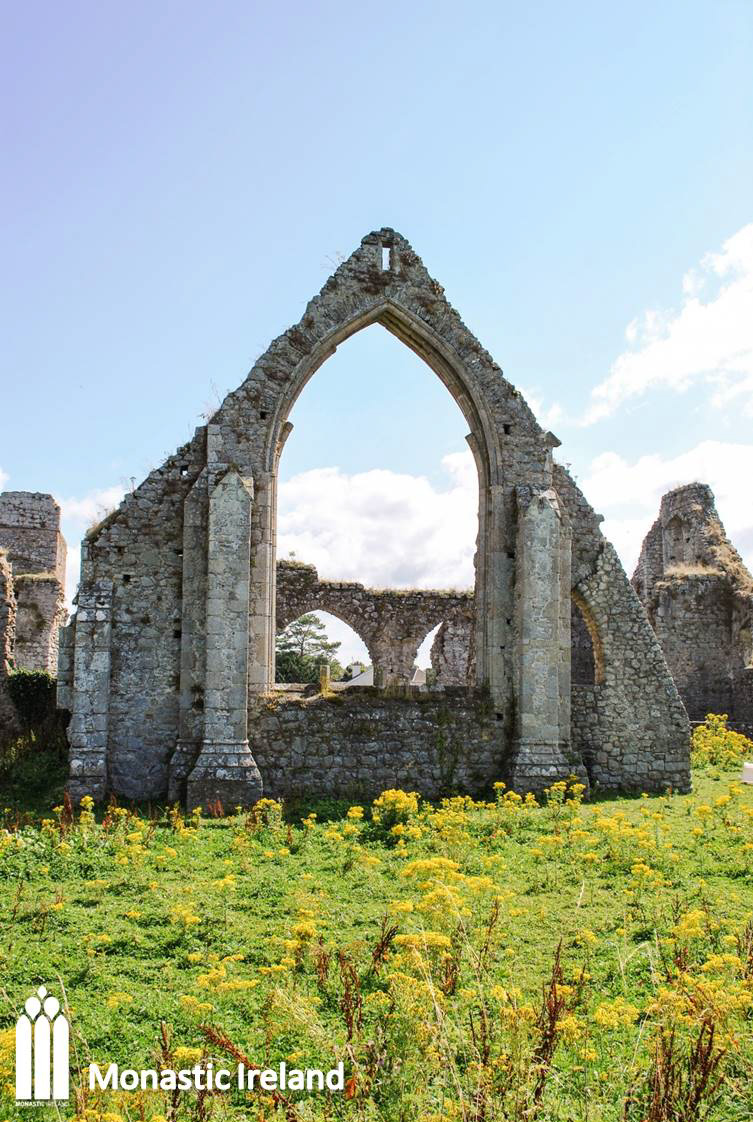 The north transept, which housed private funerary chapels where the friars would pray and say mass for the souls of their benefactors. Above the east wall can be glimpsed the top of an arcade of three pointed arches which marked the structural division of three such chapels to the east of the transept. 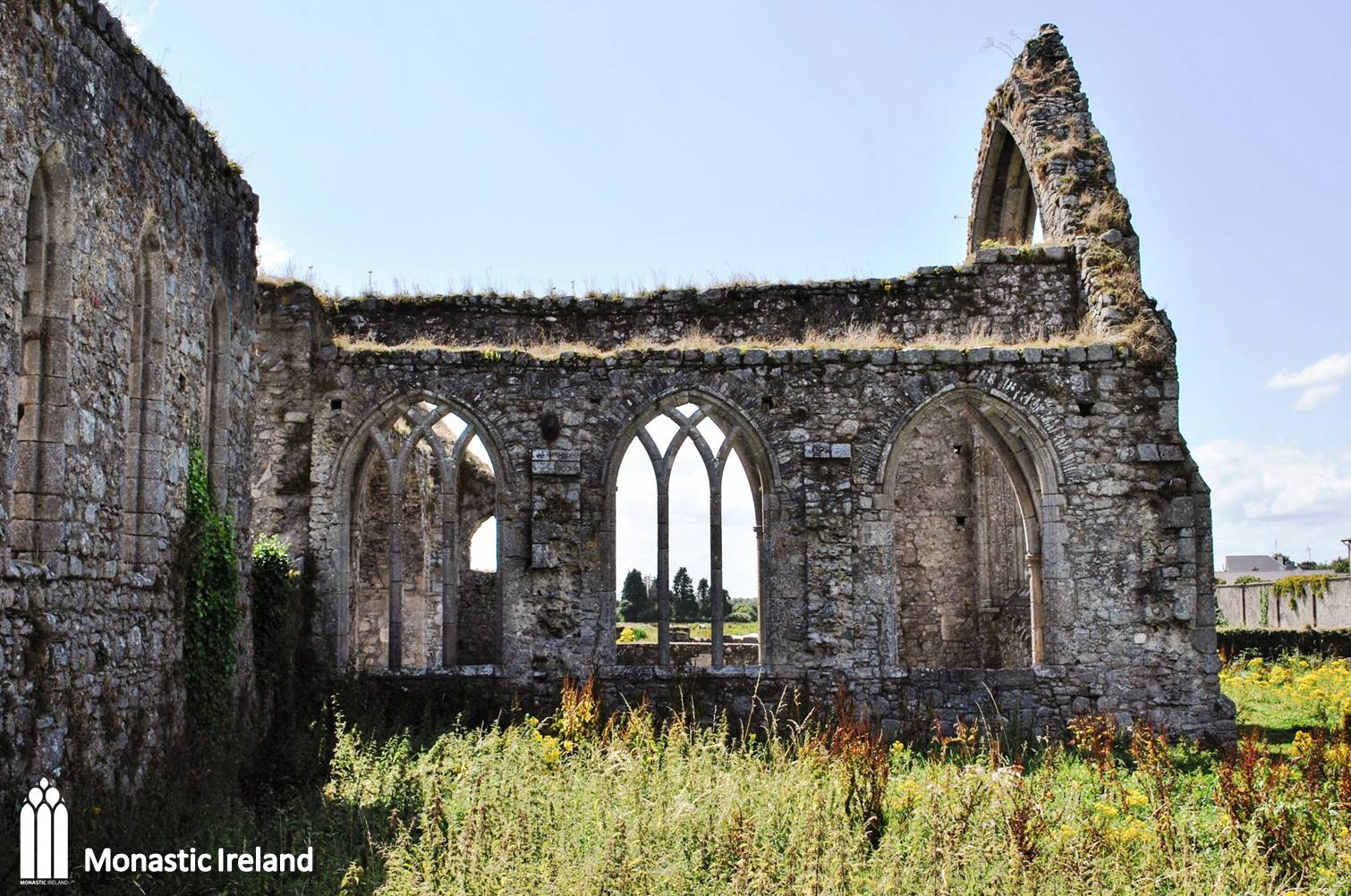 A view of the great window of the south transept by Gabriel Beranger in the late 18th century.
(From A Collection of Drawings of the Principal, Antique Buildings of Ireland, National Library of Ireland) 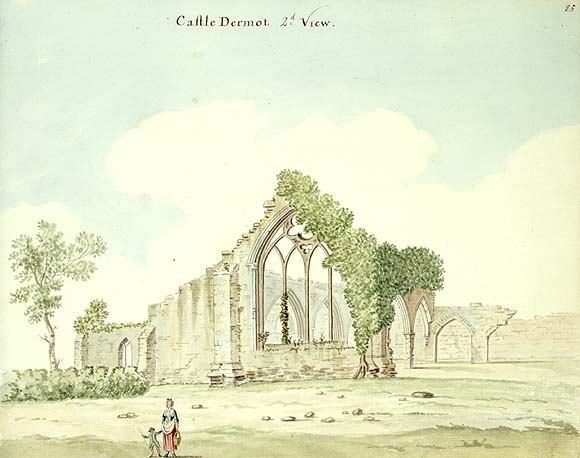 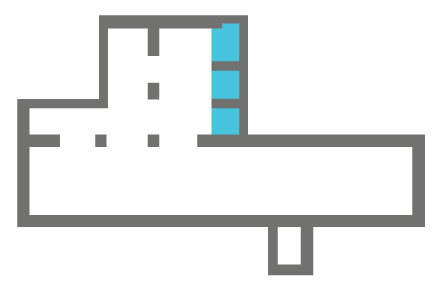 A cross slab within the chapel features a rare double tomb effigy of a lady in a shroud beside the skeleton of a man.

(Image from the Edwin Rae Collection, part of Gothic Past, TCD) 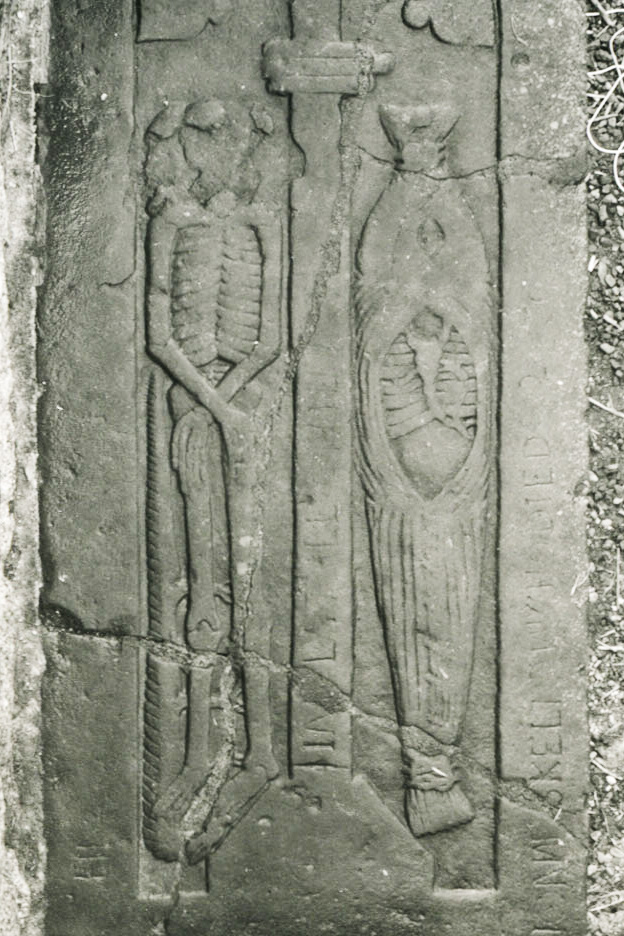 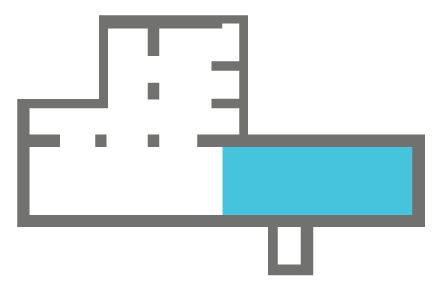 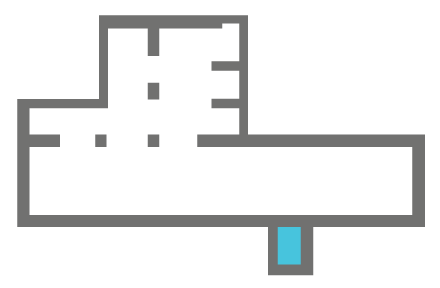 A view of the tower abutting to the south wall of the chancel, which is locally known as ‘The Abbey Castle’. As the friary was located just outside the town walls, the tower could have been part of the defensive fortification of the town, together with the precinct wall. 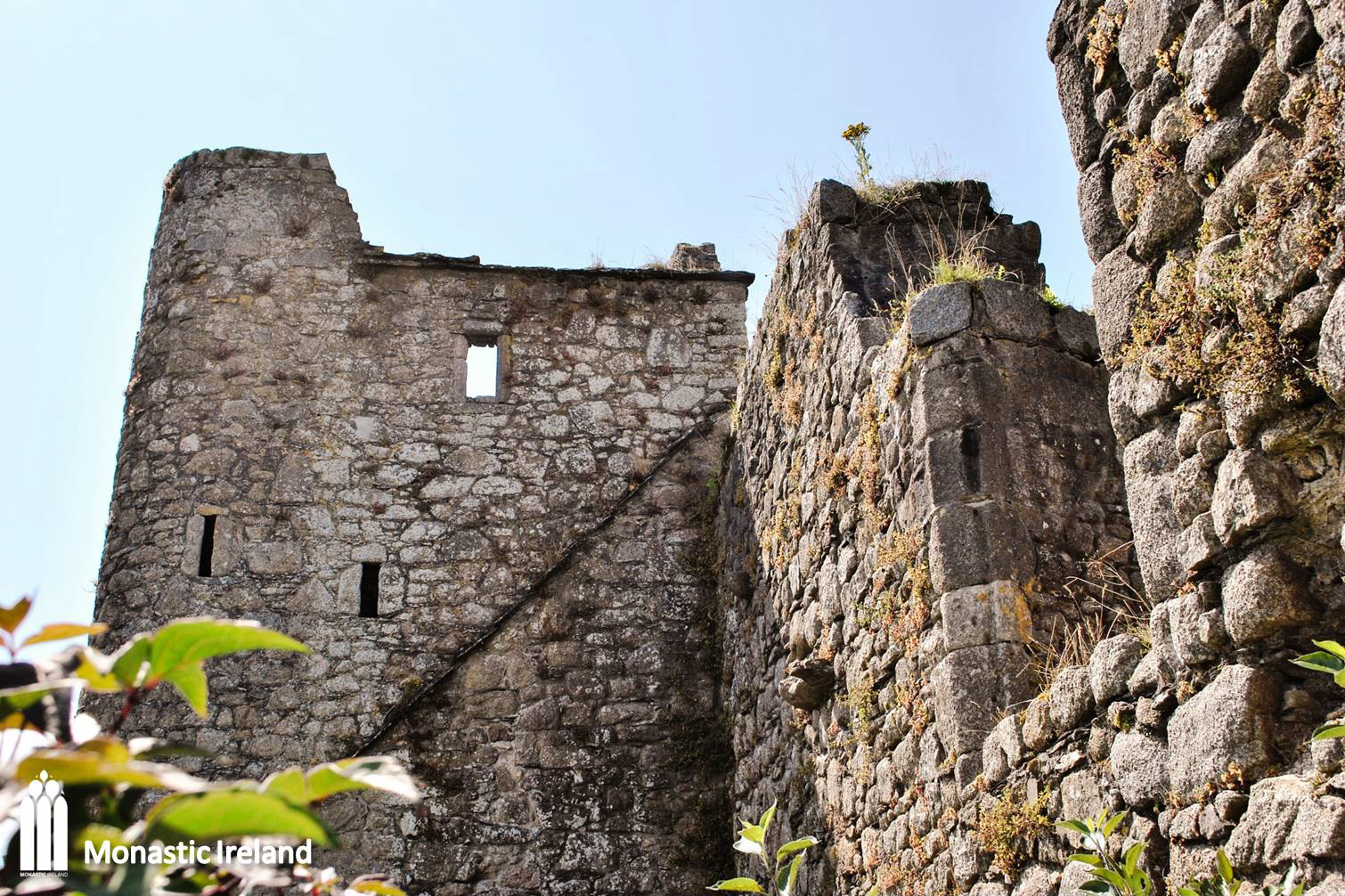