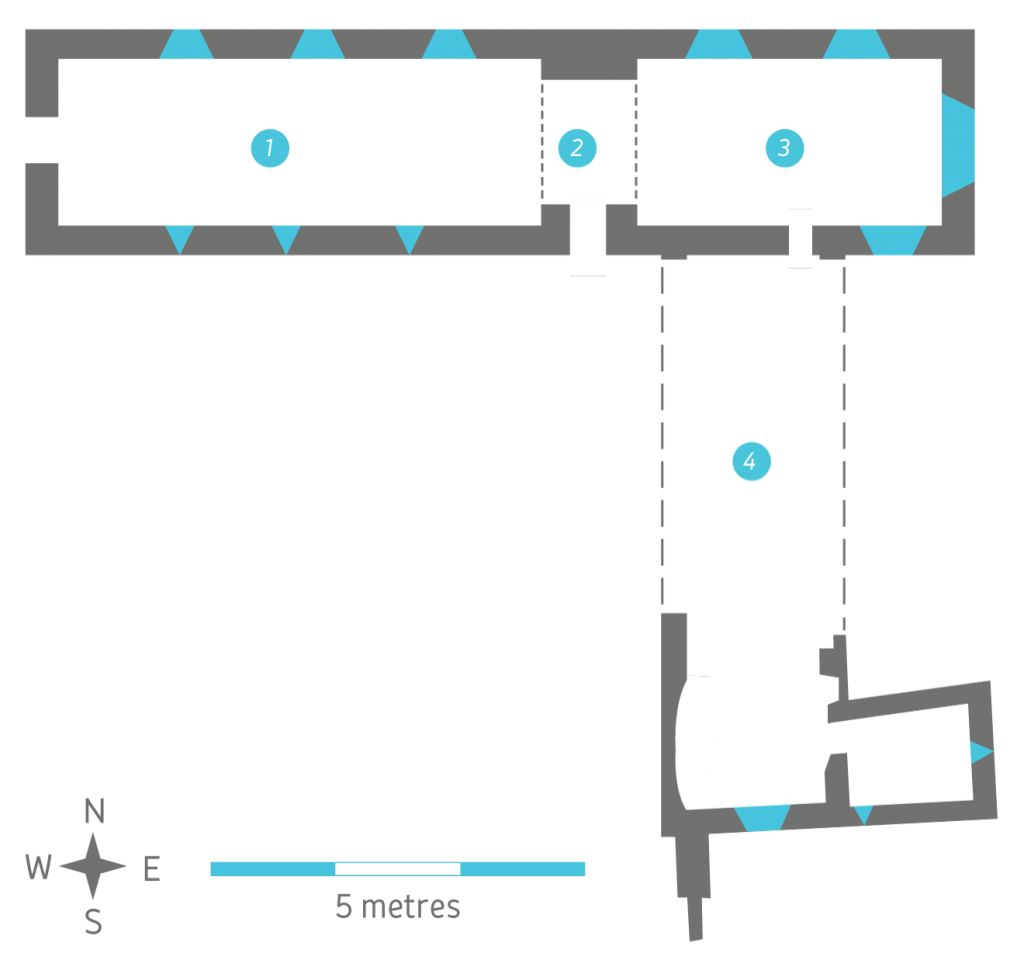 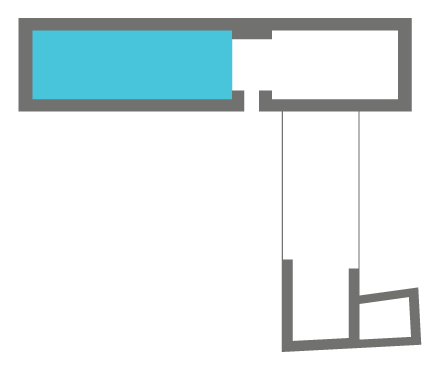 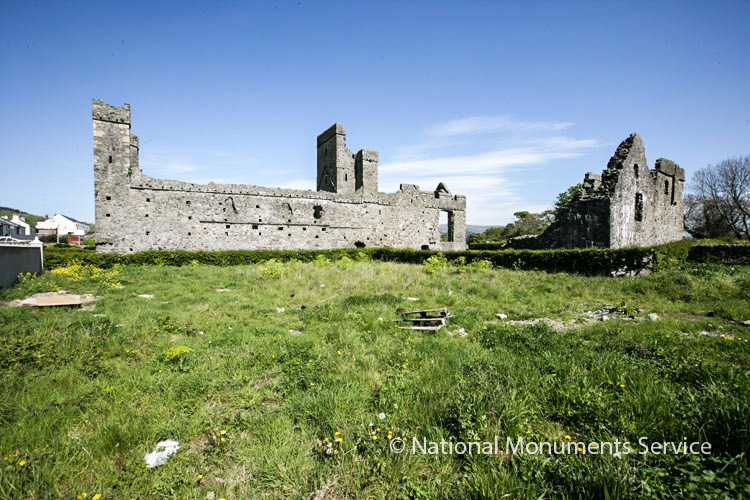 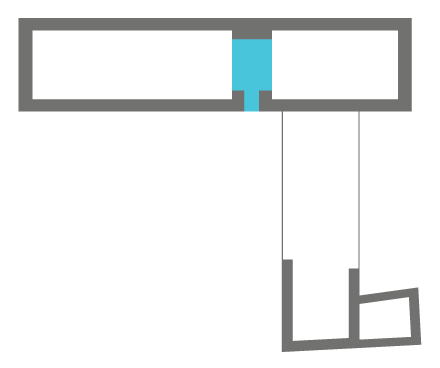 : An aerial view of the friary, showing the extent of the remaining buildings, and modern houses in the forefront, located on what would have been part of the friary precinct. Between those and the friary is where the cloister and domestic buildings would have stood. Of these, only the outline of the east range, its south gable and the remains a fifteenth or sixteenth century tower survive. 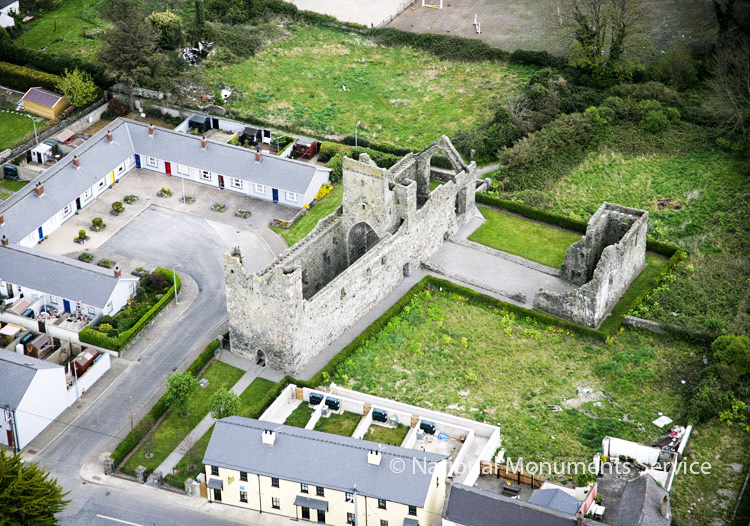 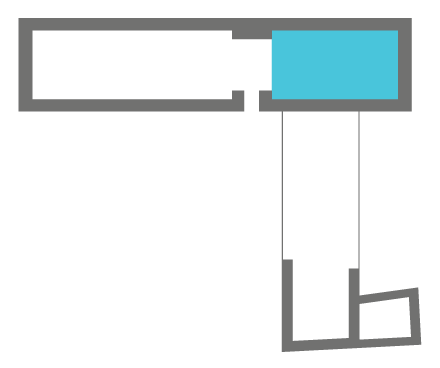 A view of the east gable of the church. The fifteen-feet-wide east window does not survive, but it probably was a group of graded lancets similar to the windows in Kilmallock Dominican priory and Kilkenny Franciscan friary. 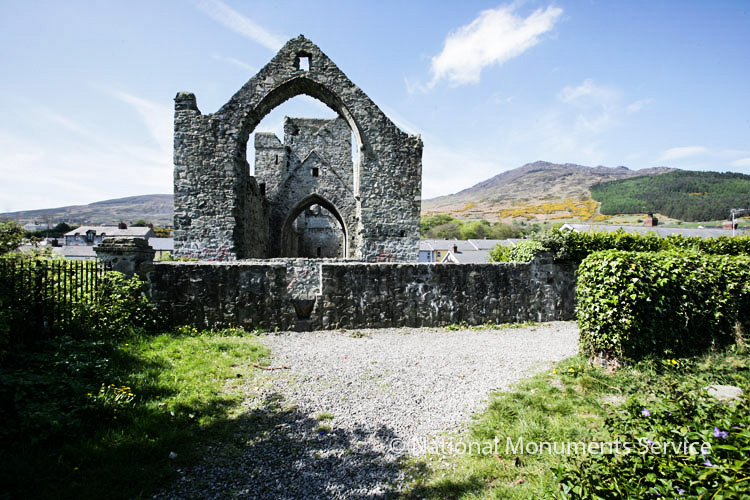 We get a better look here at the chancel, with the tower that separates it from the nave, which unlike many other mendicant church towers was not a later addition but was part of the original project. Indeed the friary was built sometime after 1352, when such towers had begun to be inserted in existing churches. Note also how wide the tower arch is, in comparison to other such towers. It would have likely been closed off by a screen, at least on the side of the nave, blocking most of the chancel from the laity’s view, though it would have been opened to let them see the elevation of the Host during the Eucharist, thus taking part in a ‘visual communion’. 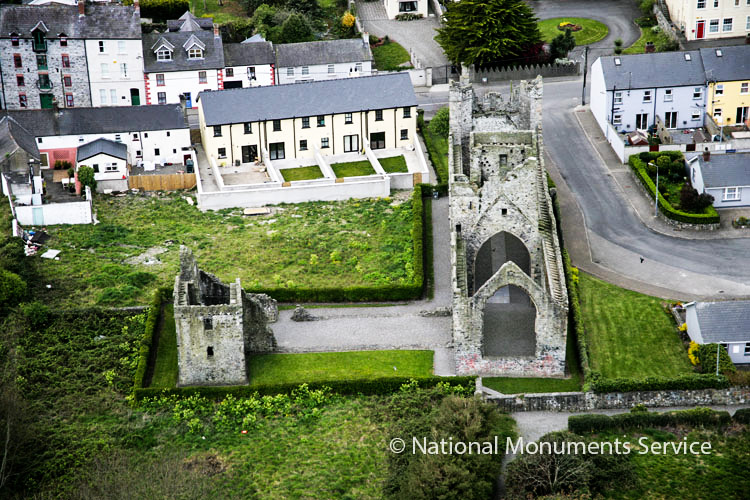 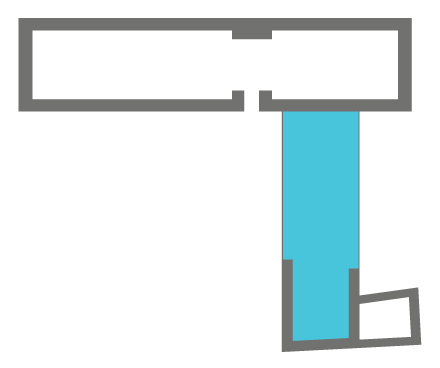 On this view we have a better look at the remains of the south gable of the east range and the tower built in the later years of the friary. While the tower between the chancel belongs to the original building project, the nave was altered in later times, with crenellations and small corner turrets added to its west wall, which might explain why at the dissolution the friary was recognised as ‘a sure defence for the town in case of attack’, and why the church survived. 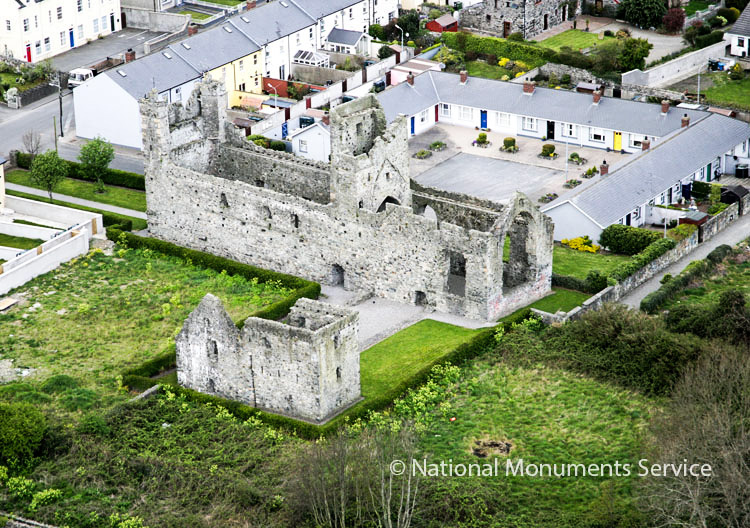