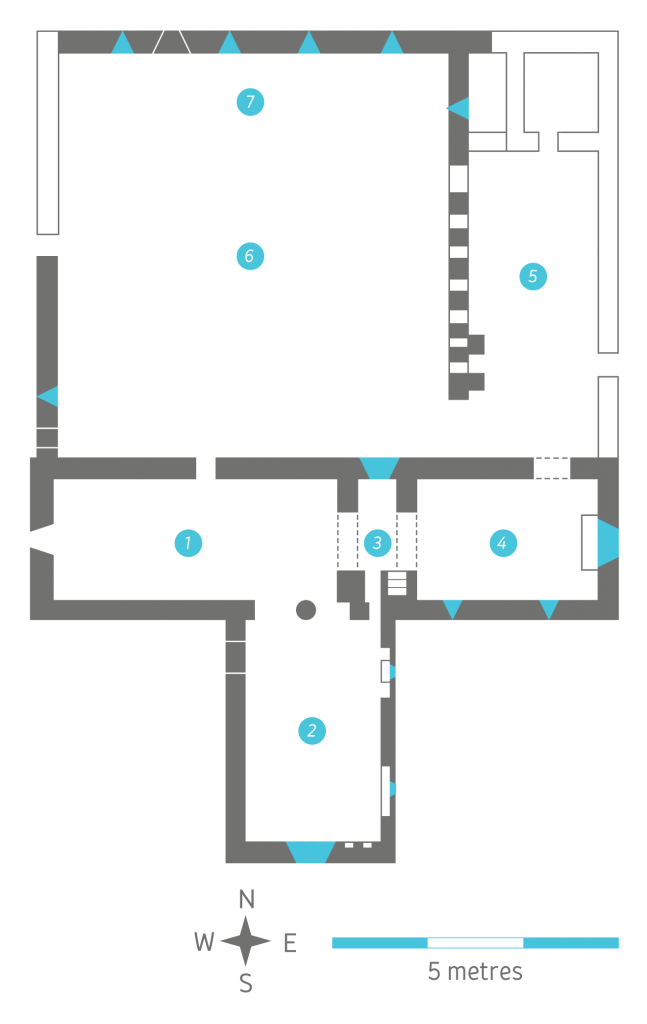 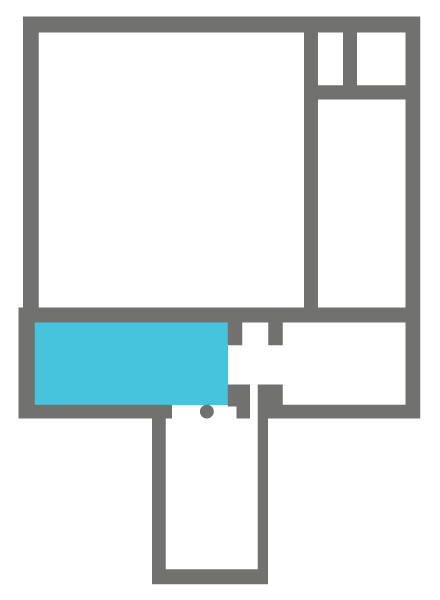 A view into the nave, looking west. As is the case in many mendicant churches, the internal spaces of the remains are still used for burial by local populations, in addition to the cemetery located beside the priory. 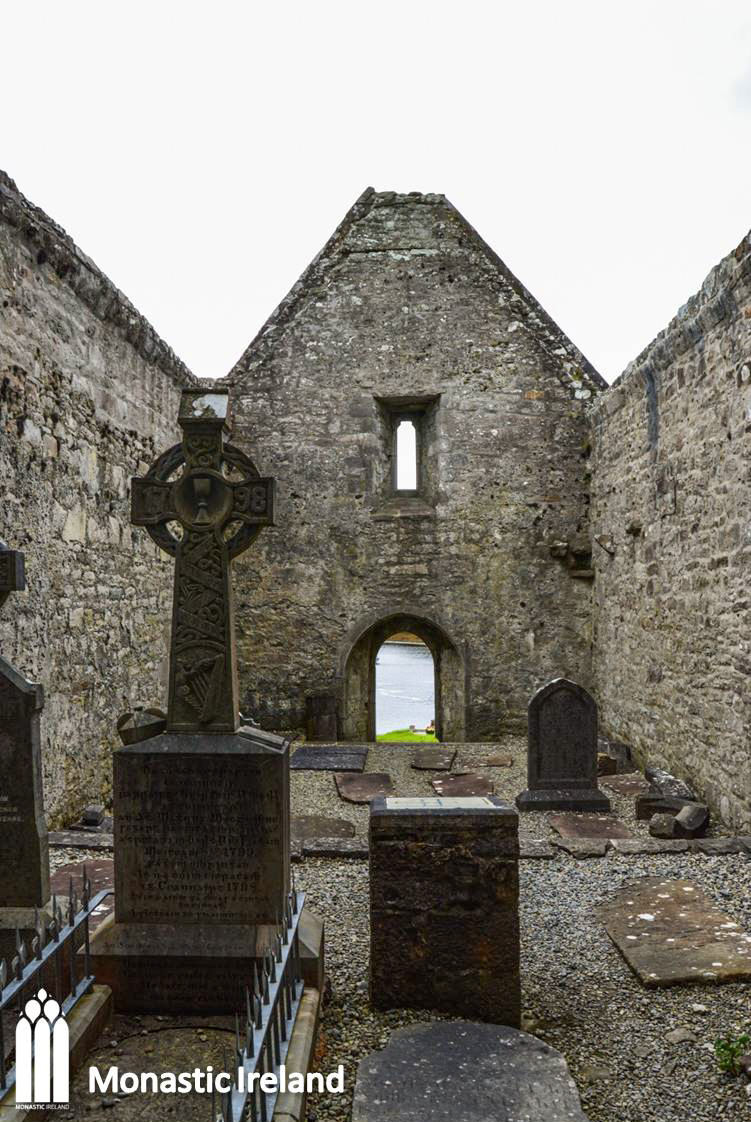 A view of the west elevation of the church and its south chapel. The laity would have entered the nave through the west doorway. 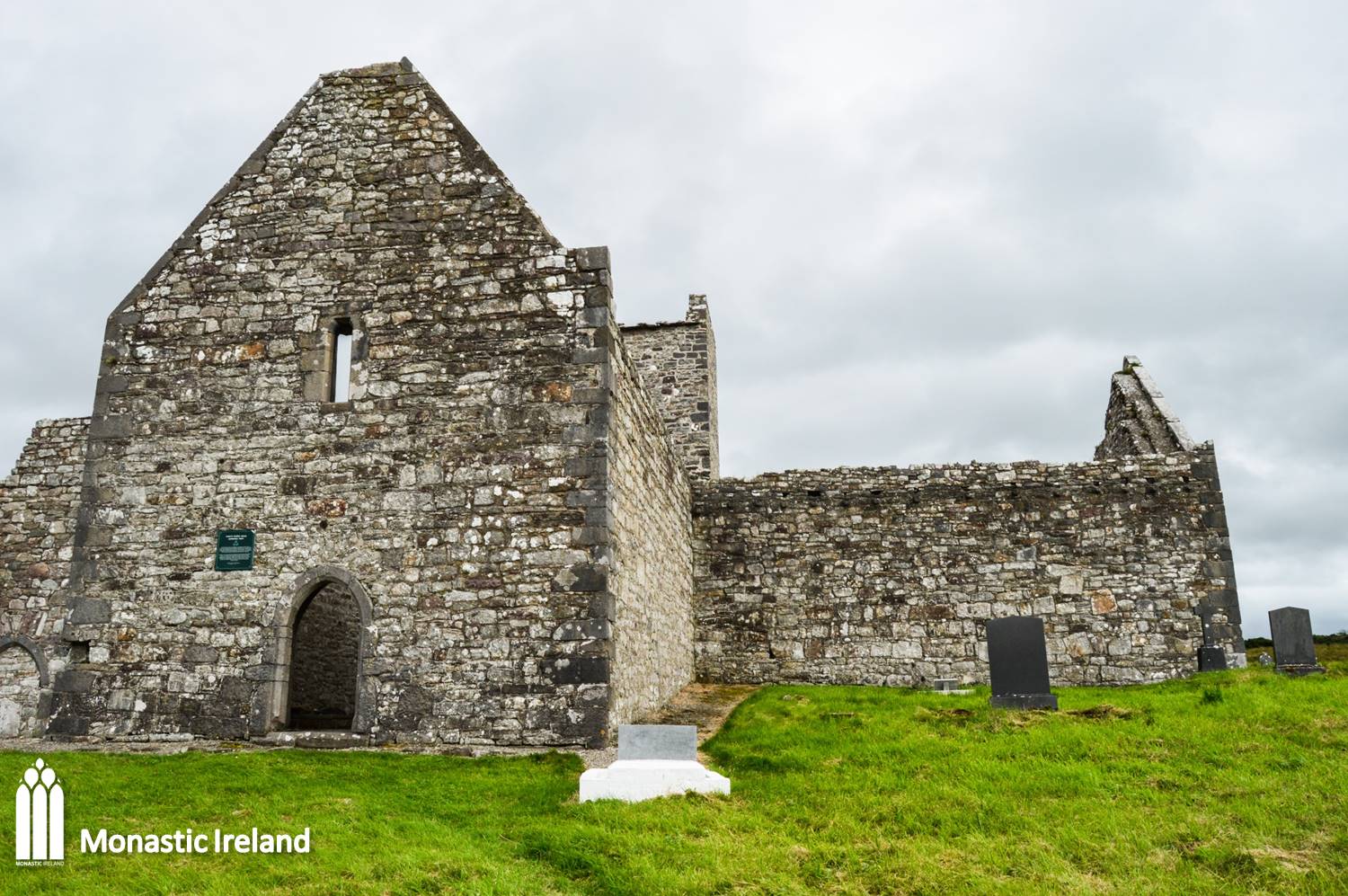 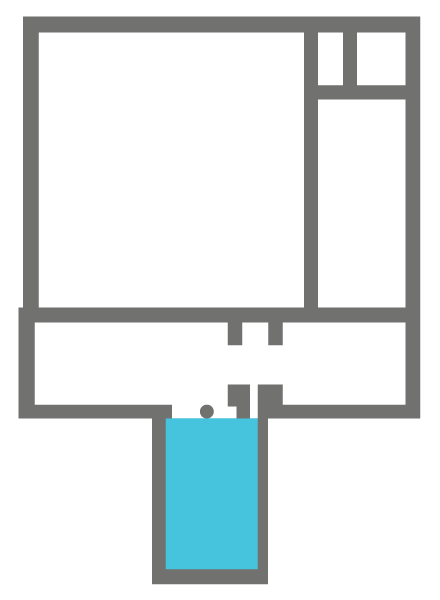 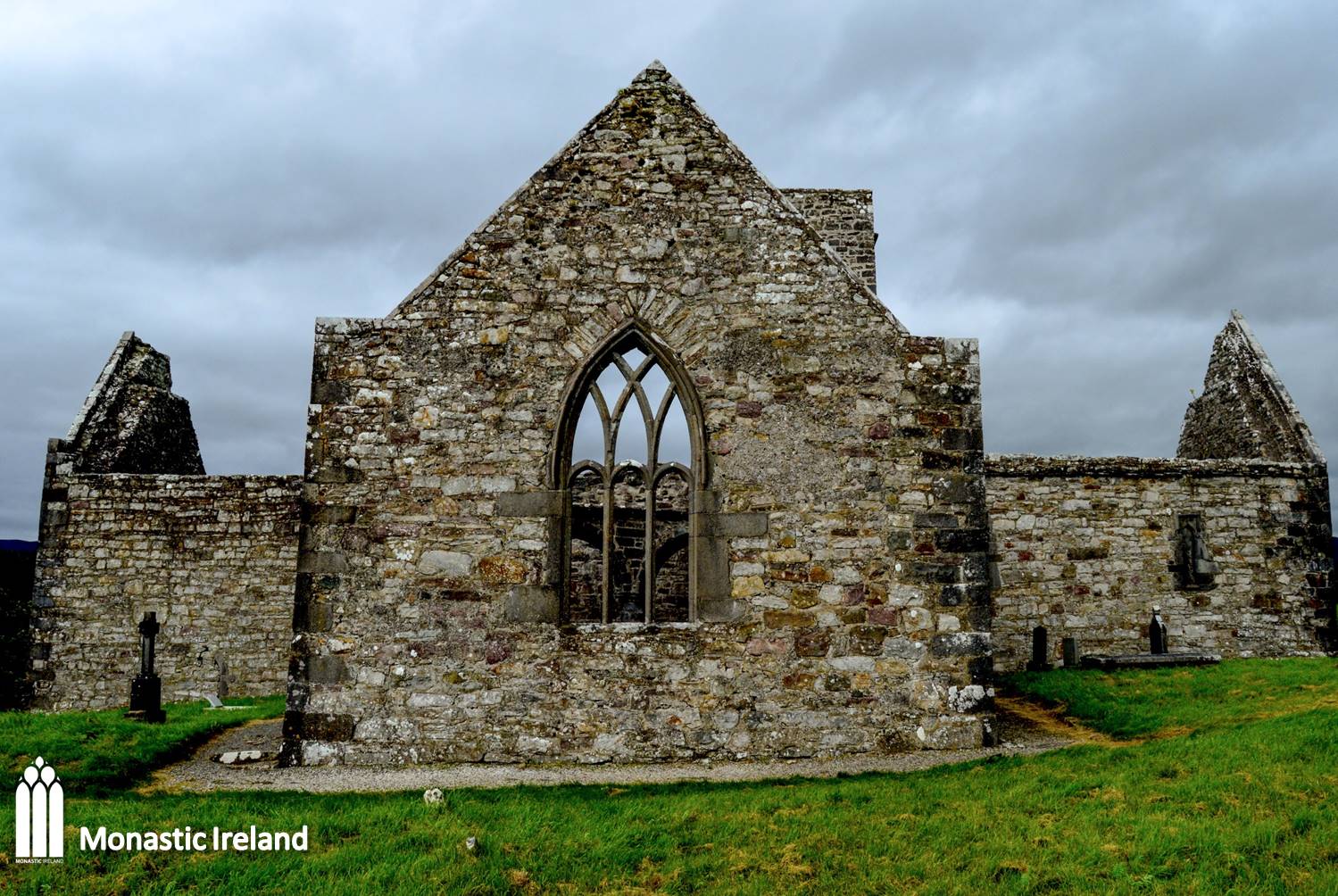 A large south chapel, or south transept, extends south of the nave, and can be accessed directly from the choir through a passage under the tower, and from the nave through two pointed arches. The window in the south wall is a triple-light with switch-line tracery of a similar style to the window in the east gable of the church. 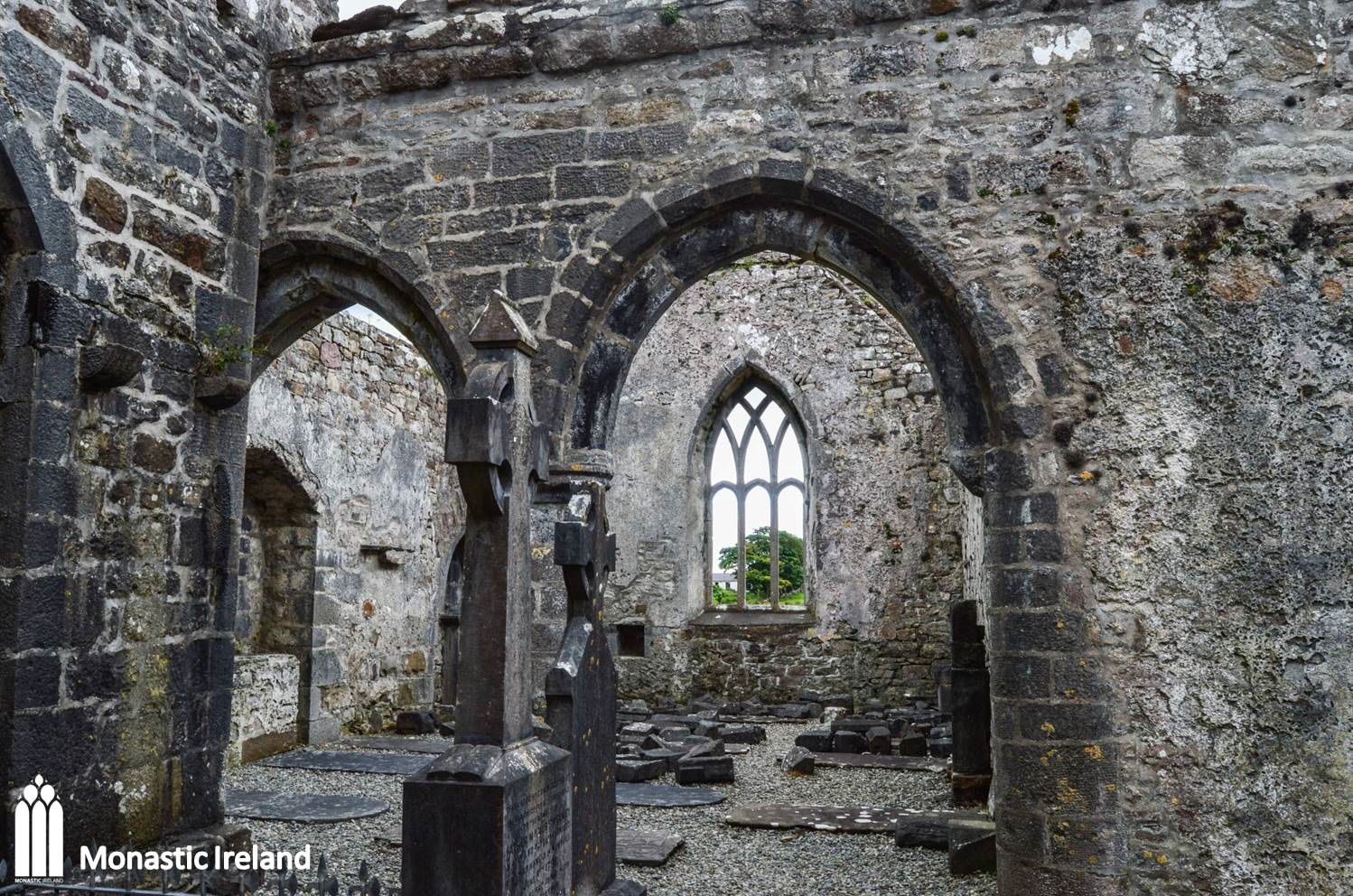 A view into the south transept, looking east, where the two window recess were used to house secondary altars, which would have been supported by benefactors of the friars. While in the window on the left the altar remains, the recess of the other window has since been used to fit a modern burial. Even before the dissolution the internal space of the chapel would have been used for the burials of the friars’ patrons and their family. 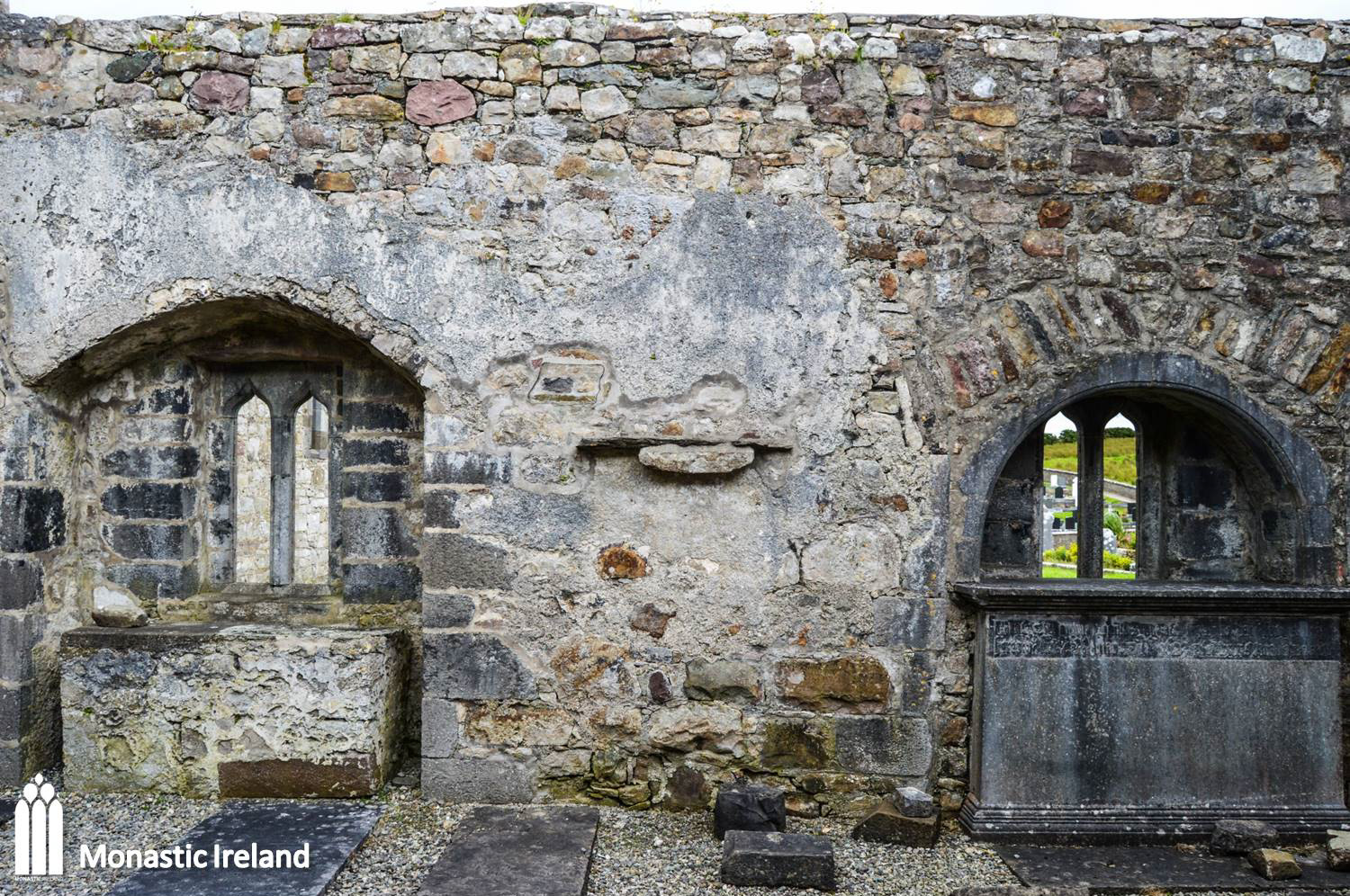 The friars would have said mass at the secondary altars set in the east wall of the chapel. The pointed recess in the south wall is another piscina associated with the altars. The other, square recess, similar to the one in the choir, could have been used as a cupboard to keep liturgical and prayer books. The friars’ patrons would have ma de donations to be buried in the chapel and for the friars to pray and say masses for their soul after they had passed. 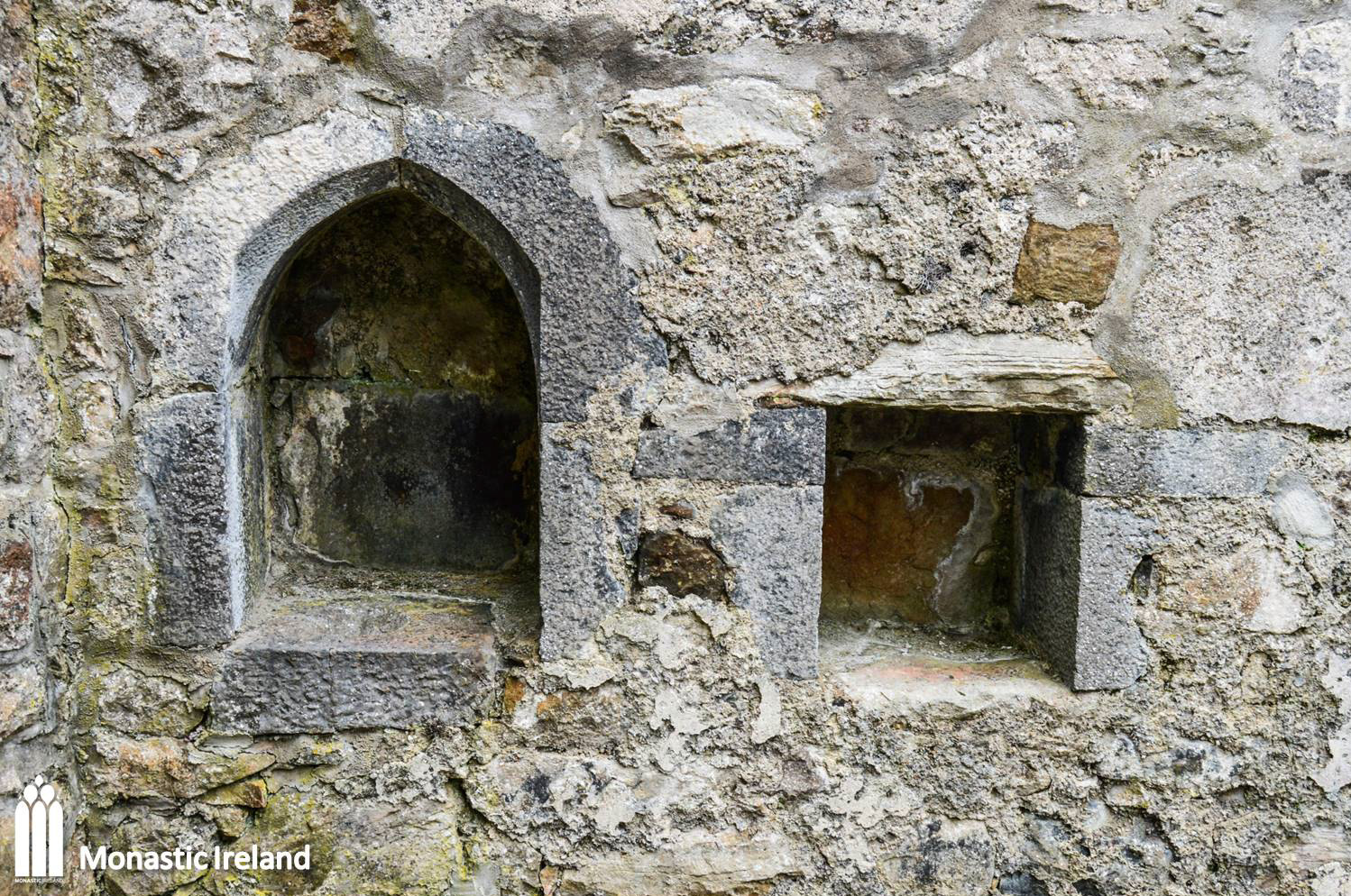 Another view of the south chapel, looking north at the two arches leading into the nave. Amongst the modern grave slabs are also gathered a number of cut stones from the cloister and domestic buildings. 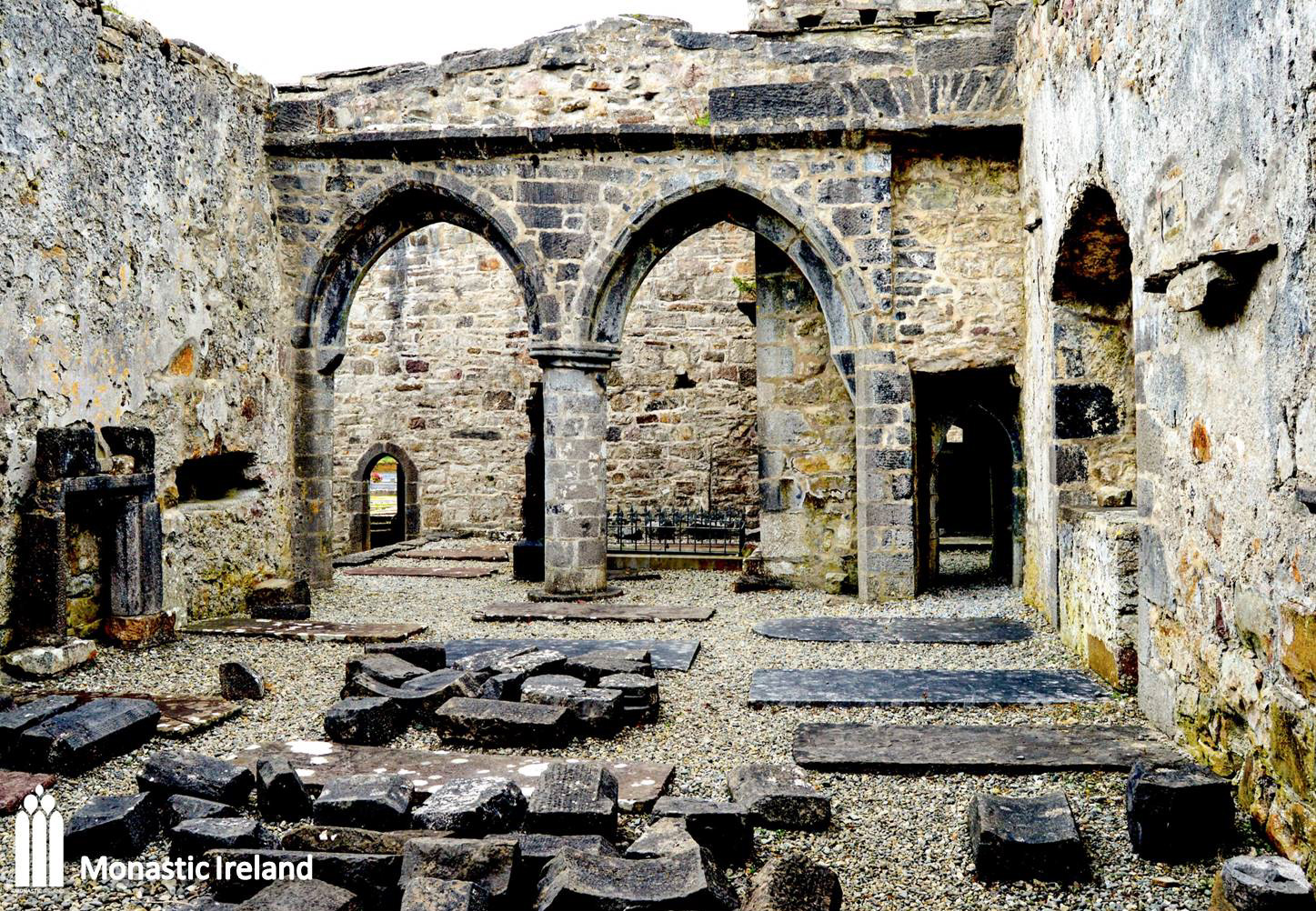 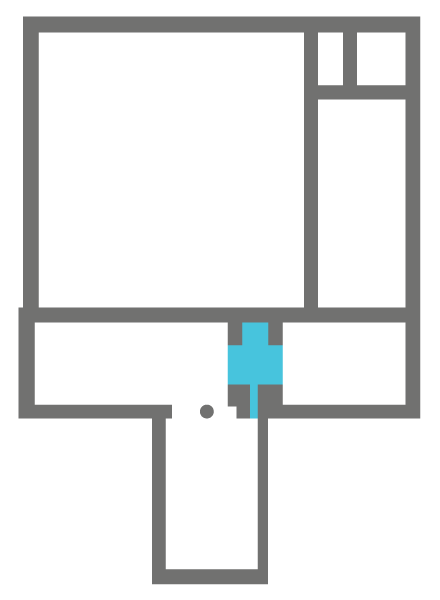 The church tower is quite typical of other Dominican priories, being as wide as the church and squatter in appearance than most towers found in Franciscan churches, which tend to be tall and slender. 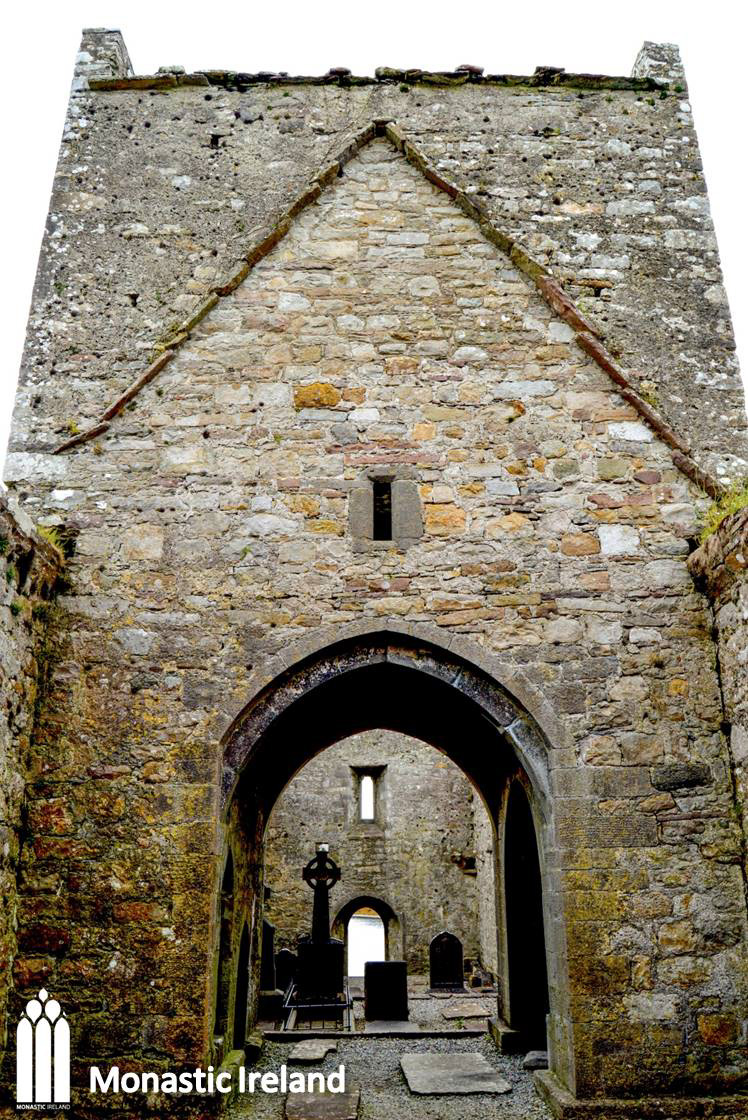 These stone supports abutting the tower’s northeast pier, appear to have held a stone table, which was perhaps a secondary altar, the recess between the piers used as a small chapel. 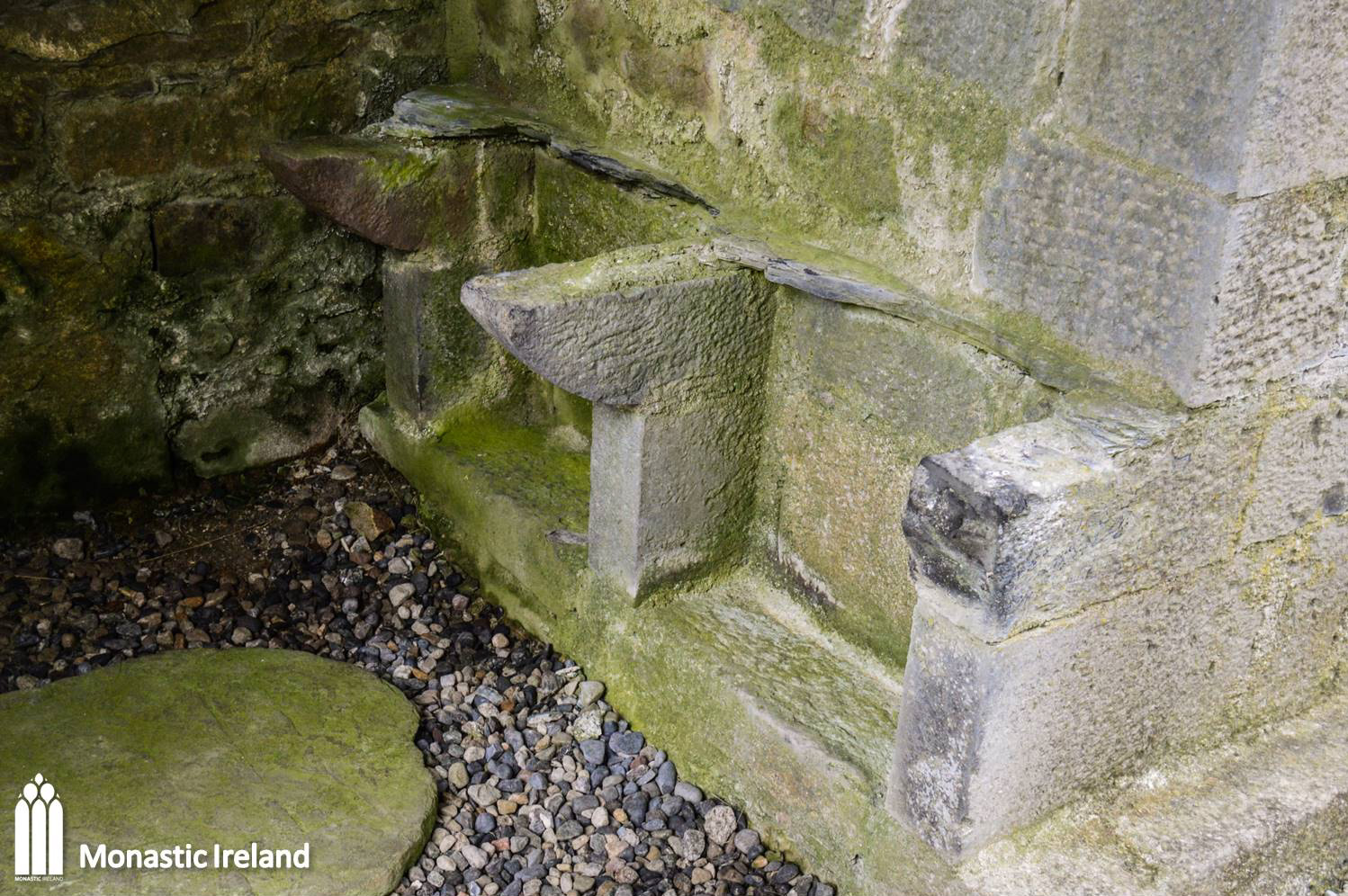 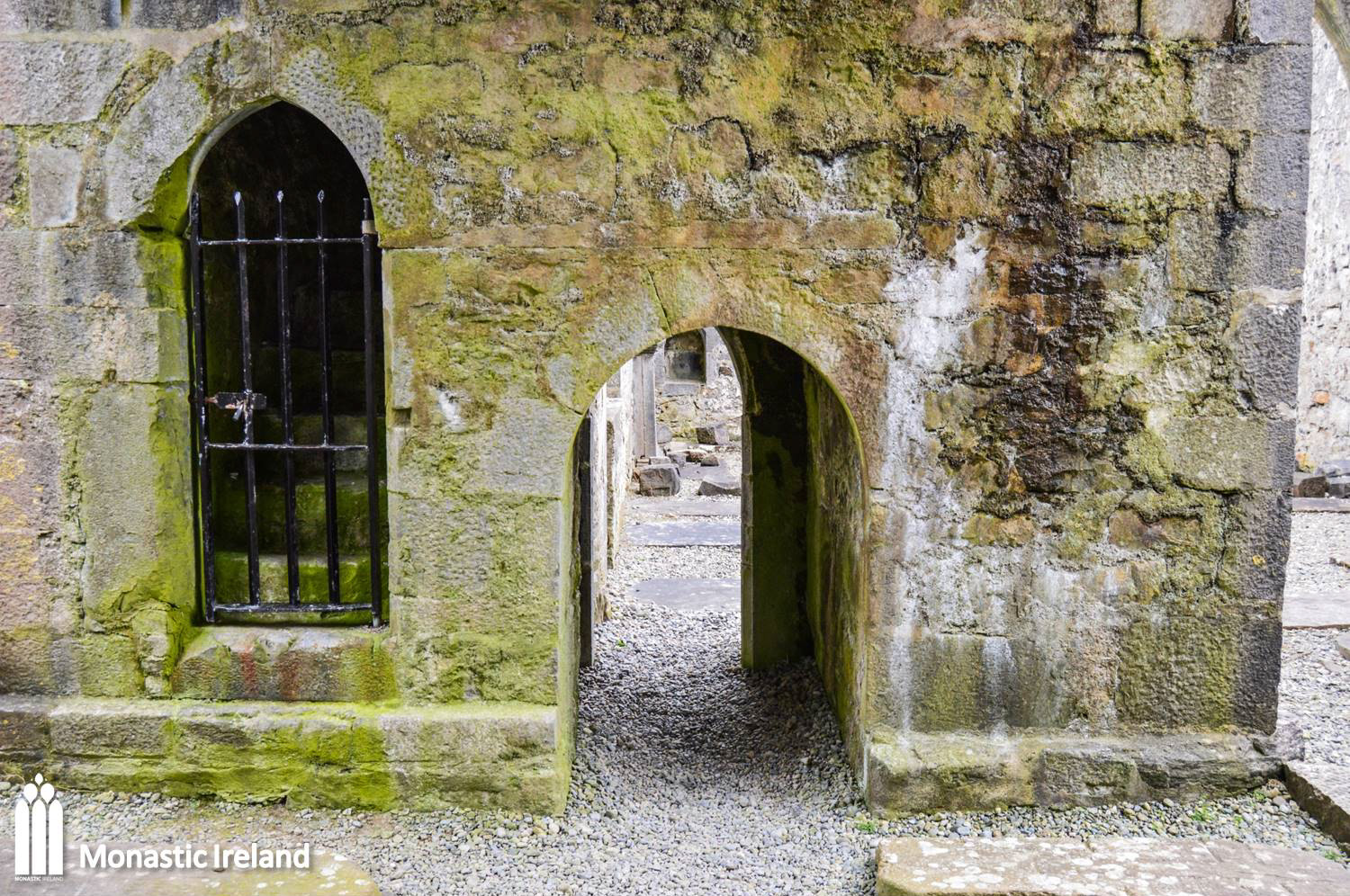 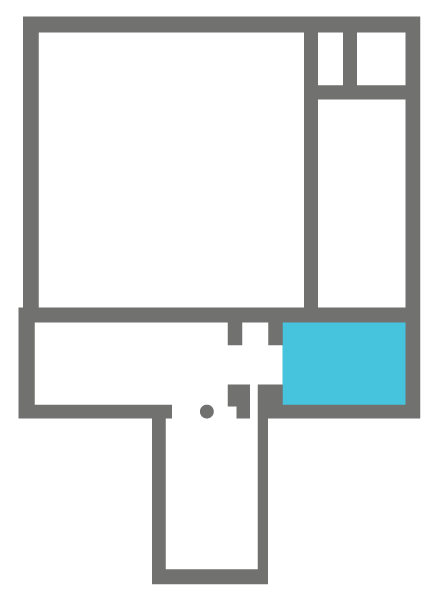 The church east window is typical of fifteenth-century mendicant foundations. It is a four-light with switch-line tracery, and each of the light has a pointed arch. The high altar survives, abutting against the east gable, and a single step marks the spatial division in the chancel, between the sanctuary and the choir where the friars’ stalls would have been placed. 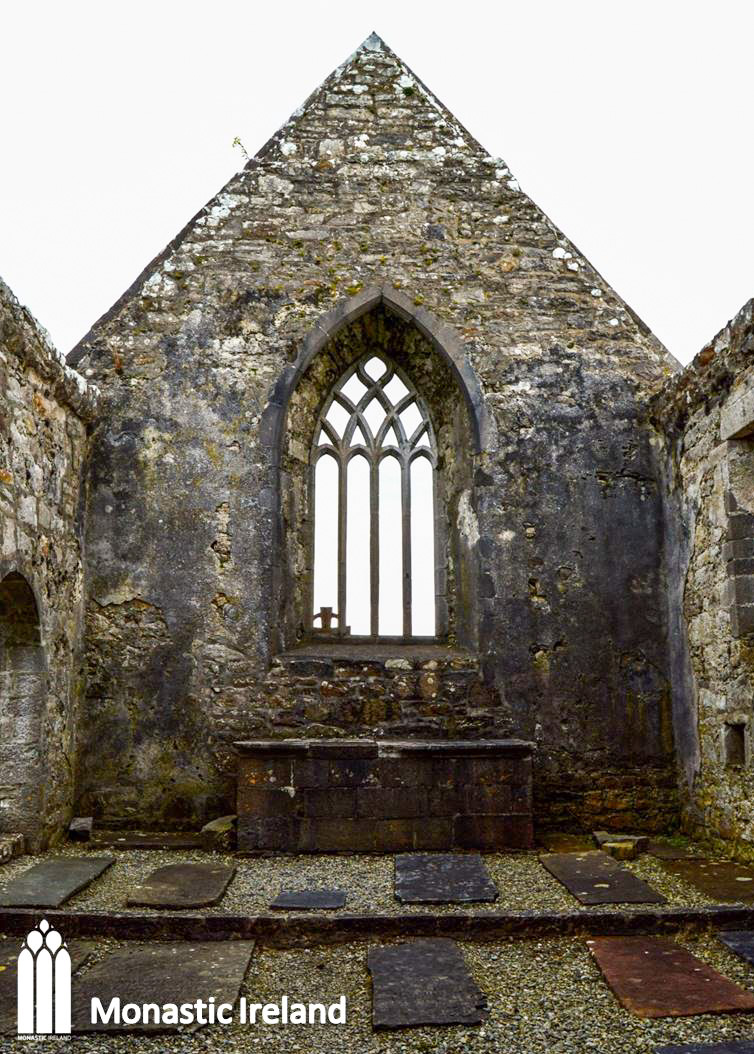 These two recesses in the north wall of the sanctuary are associated with the liturgy that took place in the church. The larger recess to the right is a piscina, where the priest would wash the sacramental vessels after mass. The smaller, square recess could have been used to keep liturgical books. 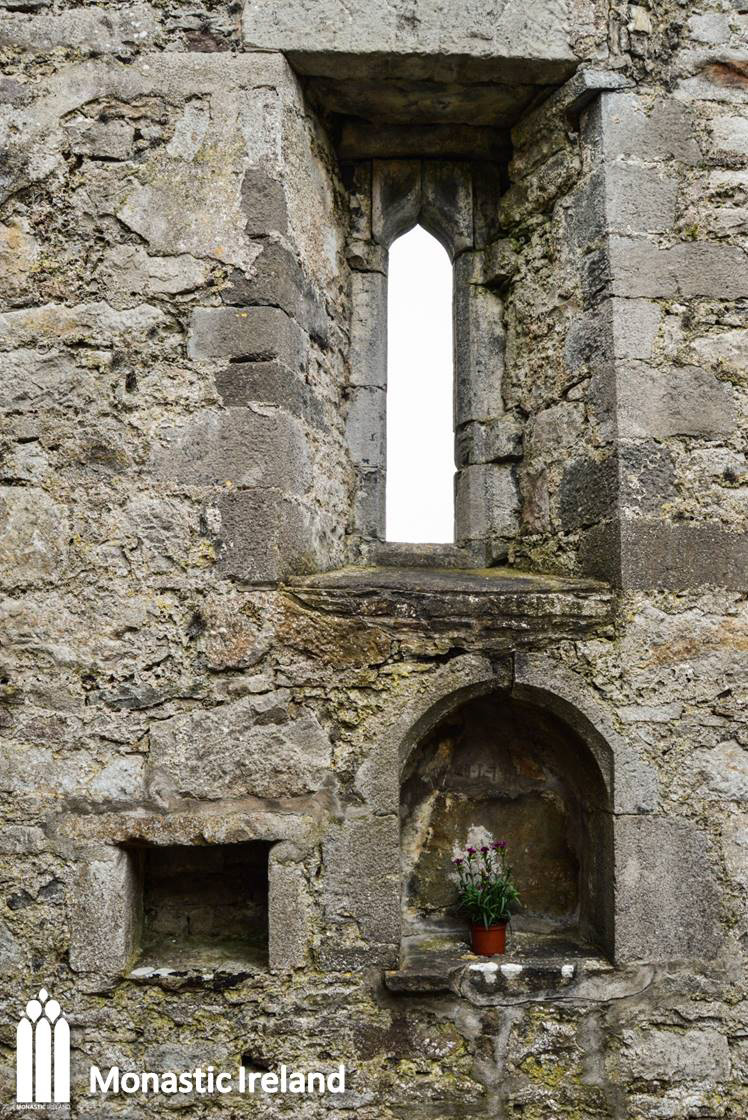 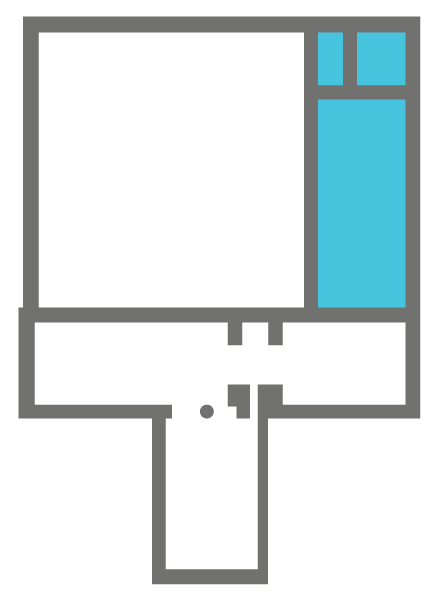 A view of the church chancel, tower and remains of the cloister east arcade, with a number of modern burials where the east range once stood. 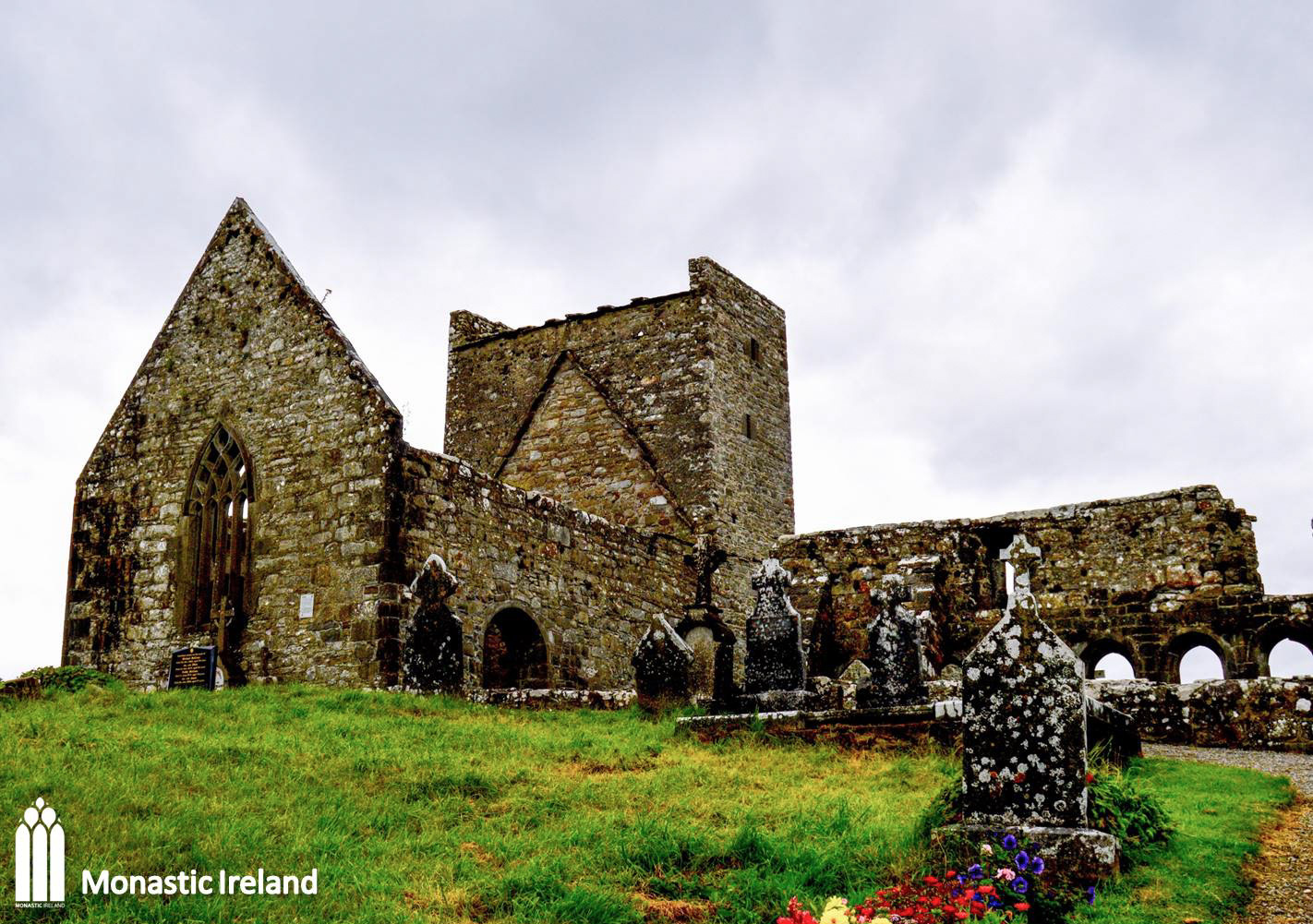 The remains of the east section of the cloister arcade shows that at least parts of the cloister was of the integrated type, meaning that the upper floor of the range would have extended over the cloister walk, a compact design that could save space and construction material, while creating a larger area in the upper floor, where the friars’ dormitory would have been located. A nearly complete example of integrated cloister plan survives in the Franciscan friary of Muckross, Co. Kerry. 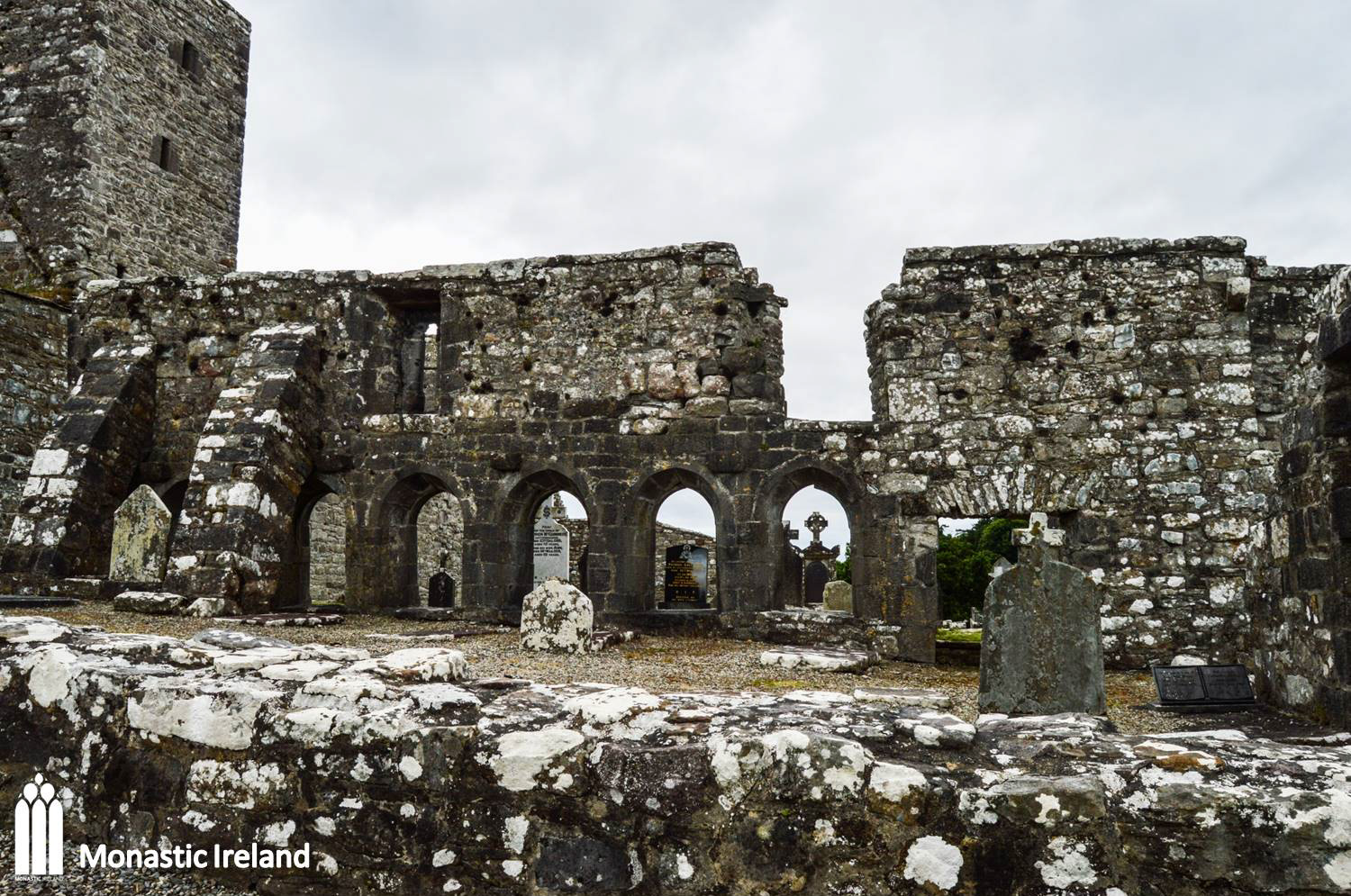 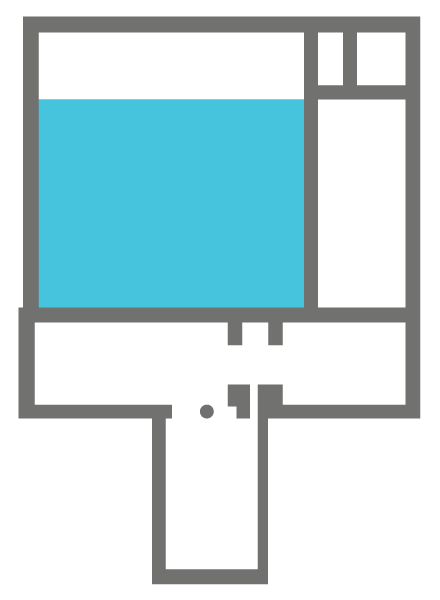 A view of the priory church and cloister arcade looking east. It is located on top of a low hill overlooking Clew Bay. 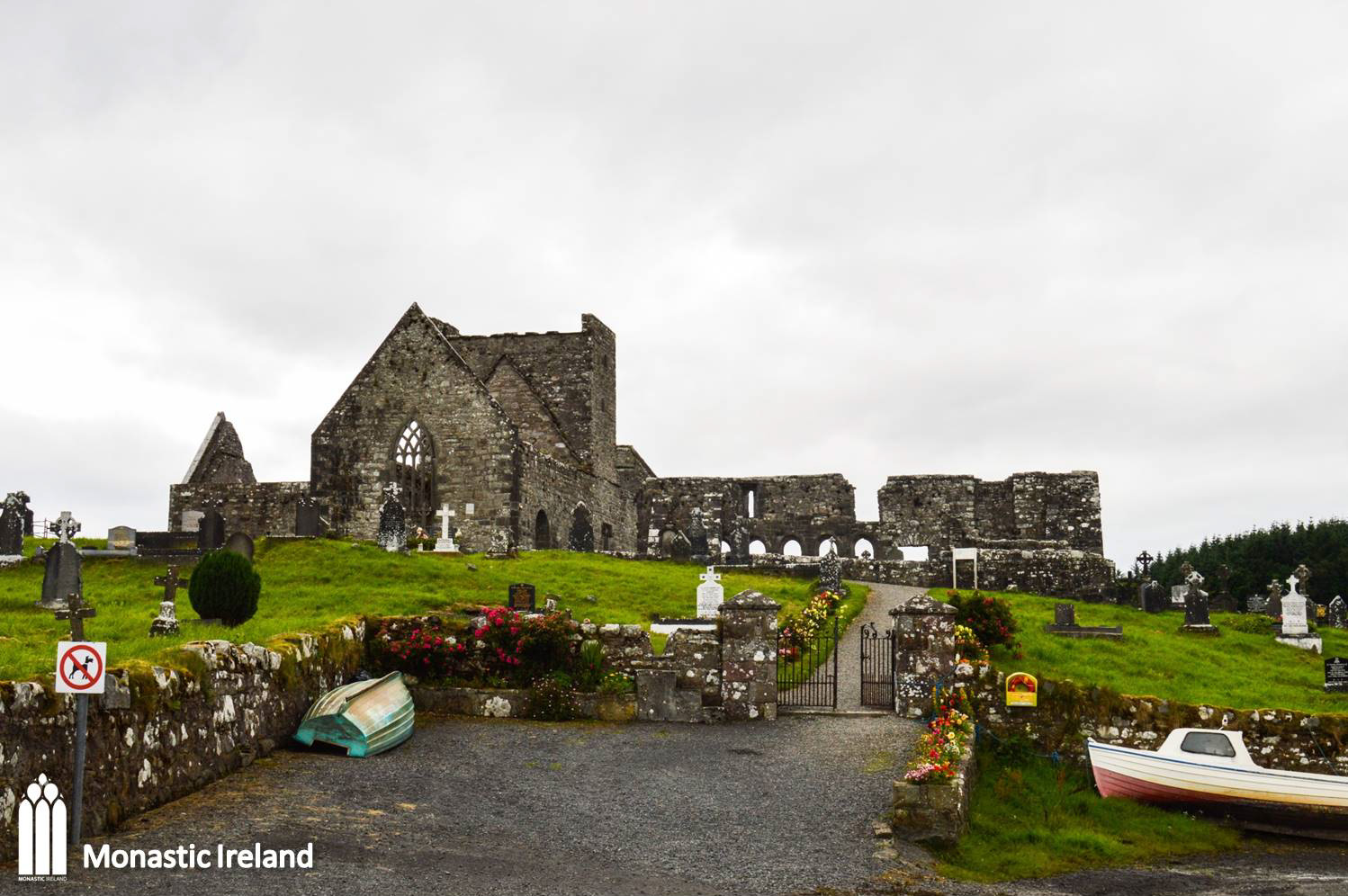 A view of the cloister square. The integrated cloister arcade is mostly gone, apart from the east range section. As in many mendicant friaries, the ground is now used as a cemetery, and some local families still hold burial rights within the limits of the medieval remains. 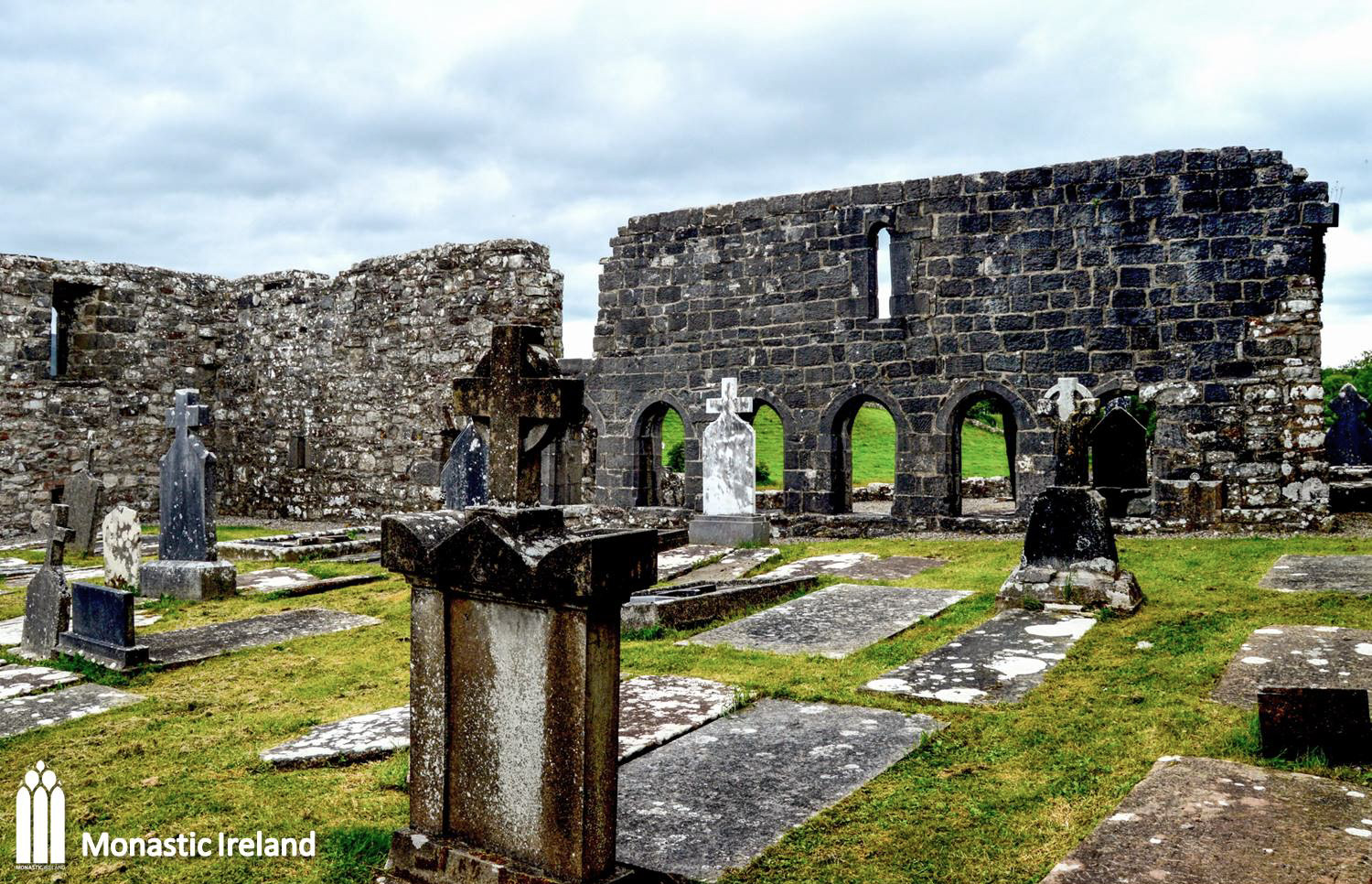 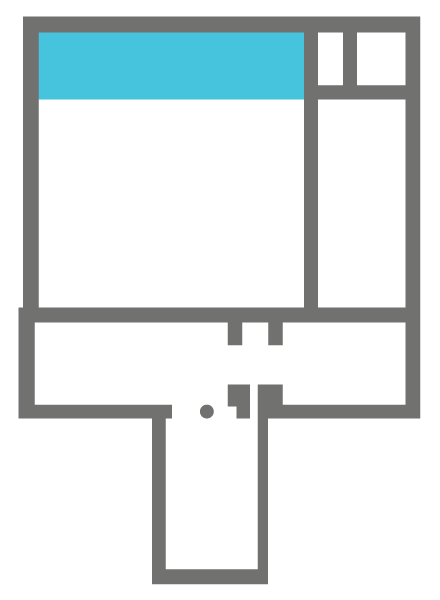 A view of the cloister square looking north, at what would have been the north wall of the north range of the domestic building. 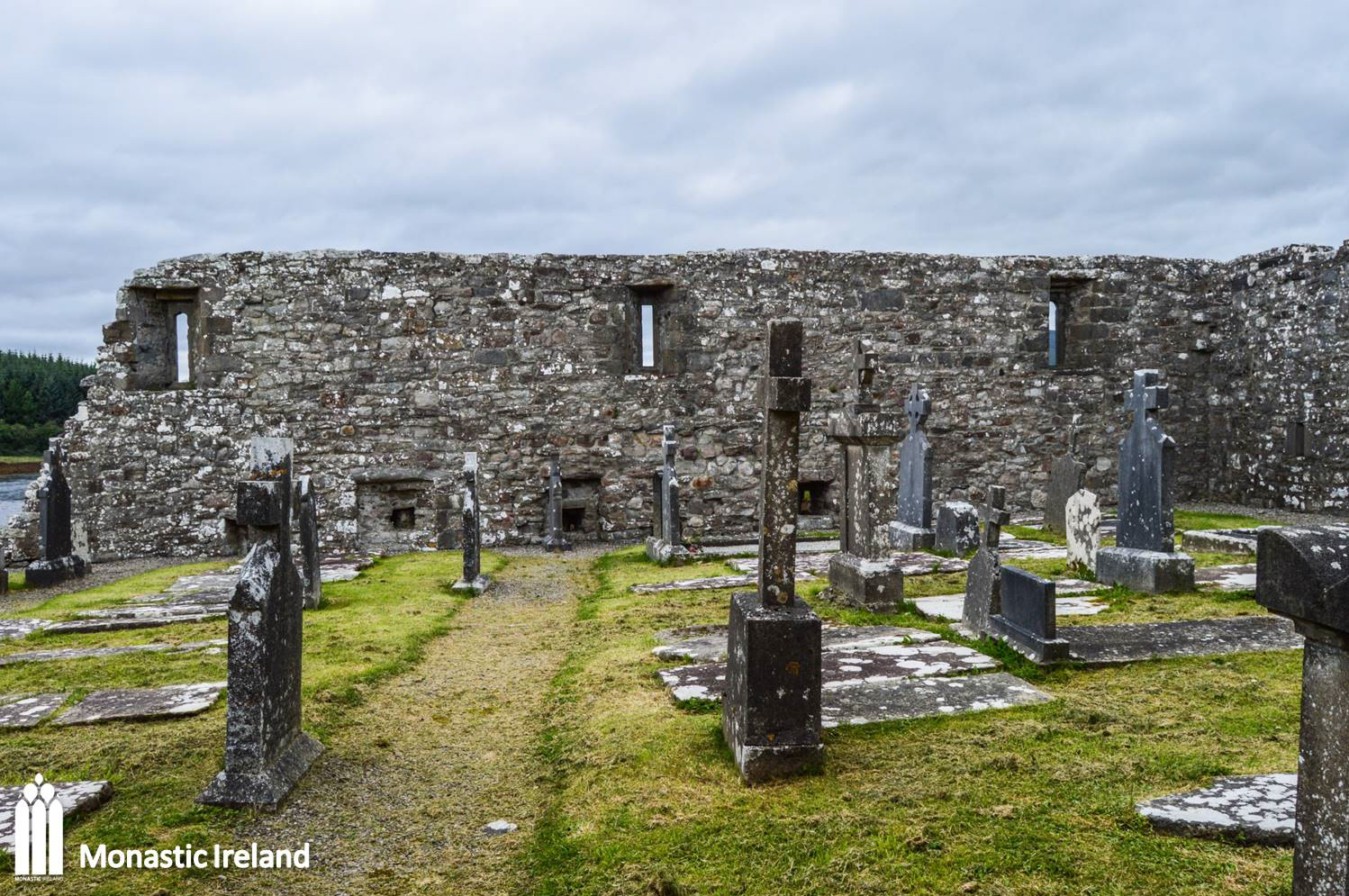 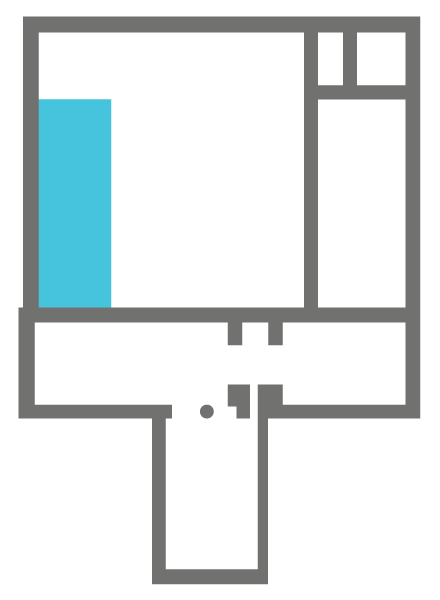 The west wall of the west range of the domestic buildings remains to some extent. Interestingly, this wall features the only surviving window with stone carvings, with a carved head integrated in the hood moulding and triskeles carved in the spandrels on either sides of the ogee-headed single light. 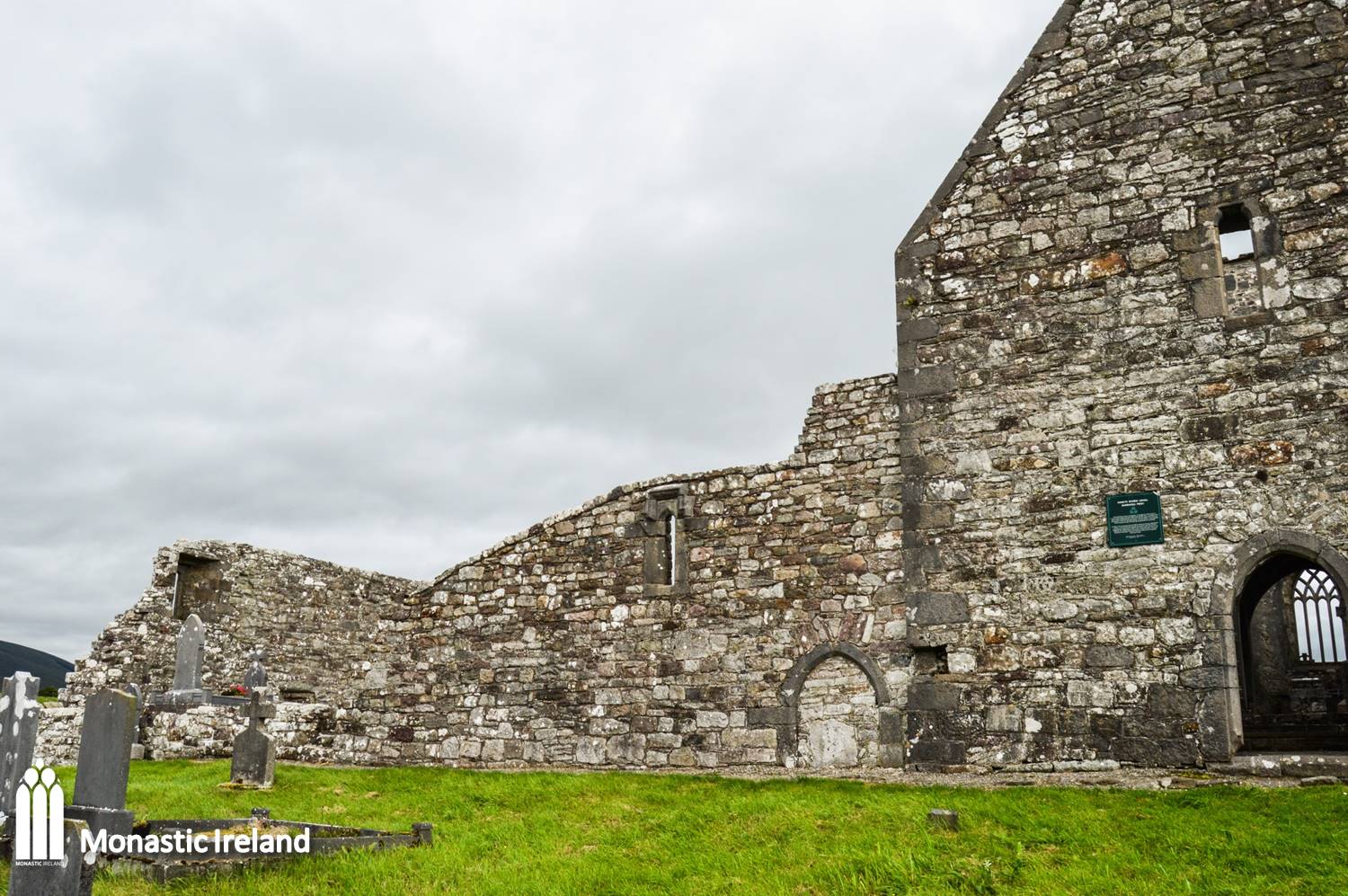