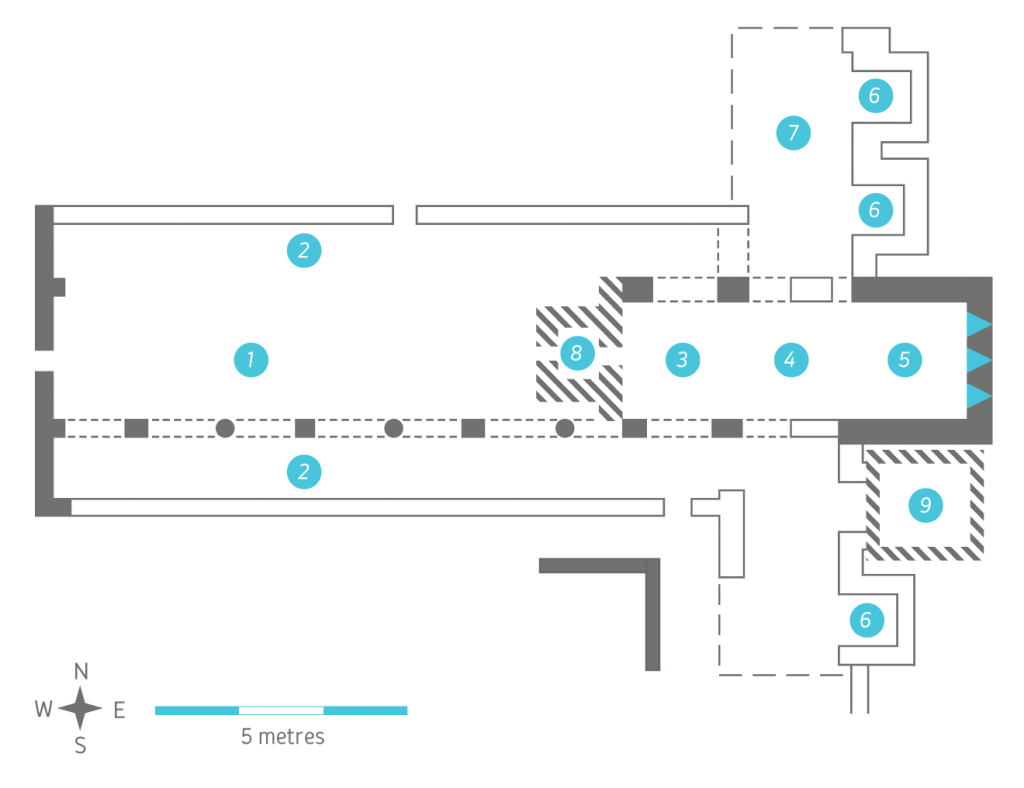 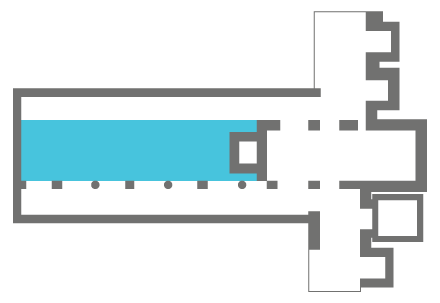 A view of the interior of the nave, looking through the west doorway. As was customary in the Cistercian order, the nave was flanked by two lateral aisles separated by arcades, only the southern of which survives. The tower to the east end of the nave is a nineteenth-century addition. 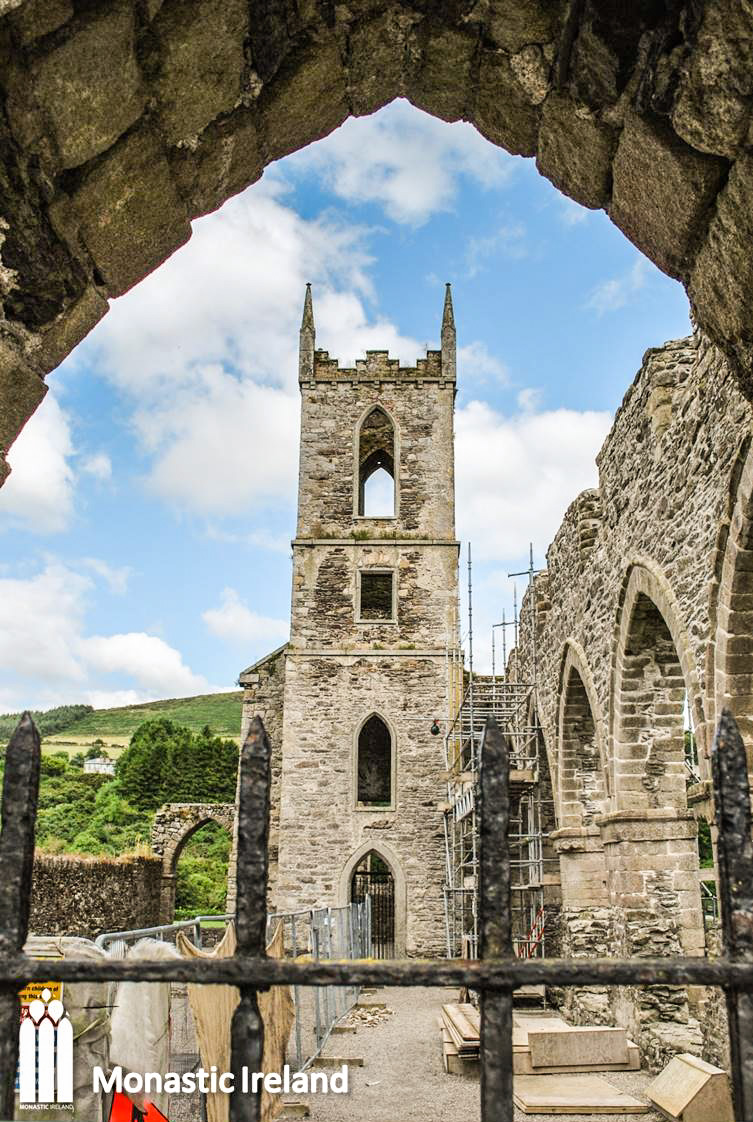 The construction of the nave probably began in the 1160s, roughly a decade after the presbytery and transept. The nave piers are capped with scallop capitals enhanced with delicate geometric and foliate carvings. The scalloped form reflects English influence, but the decoration, very similar to that at Jerpoint Abbey, is more indicative of an Irish hand. 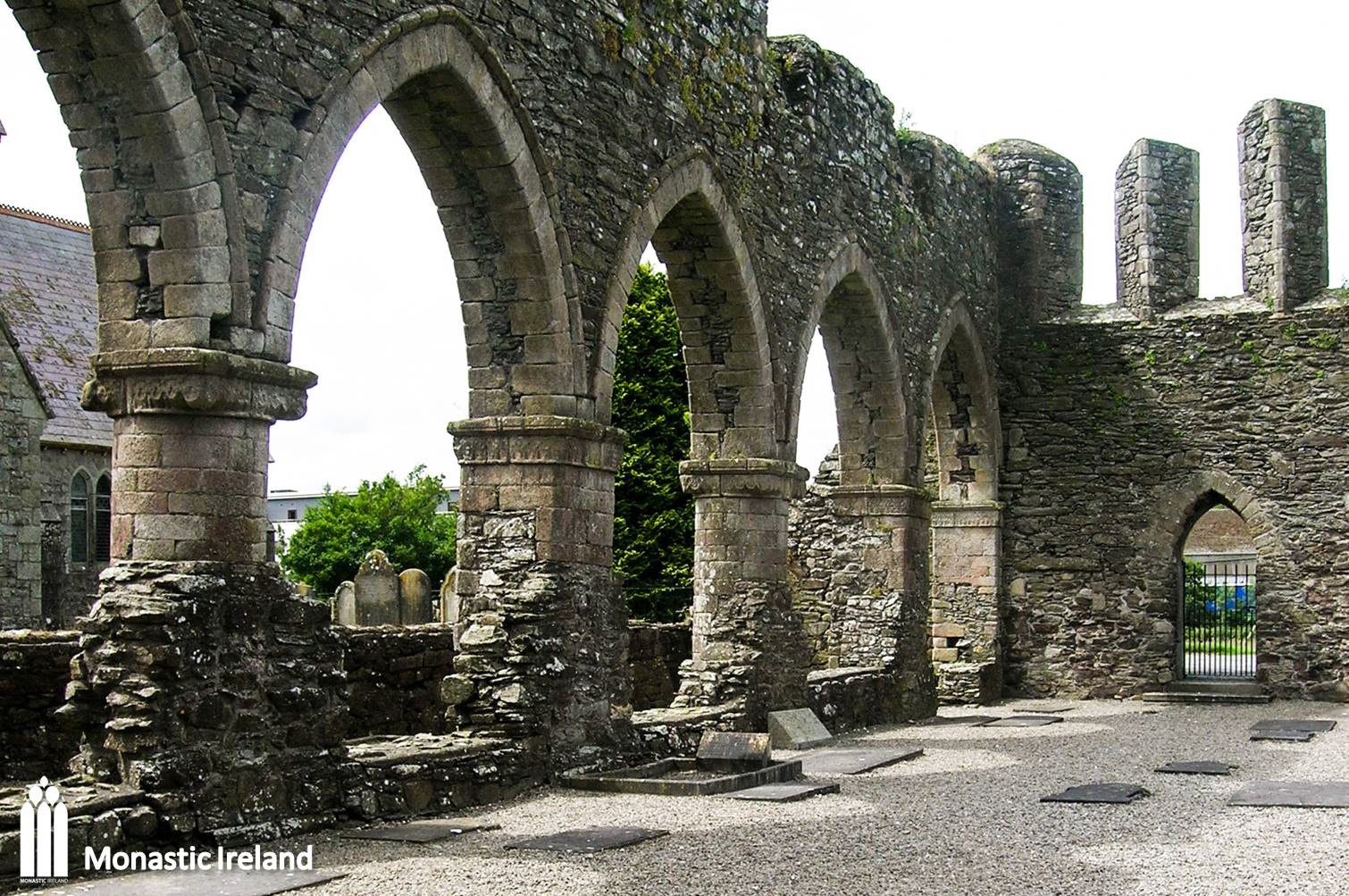 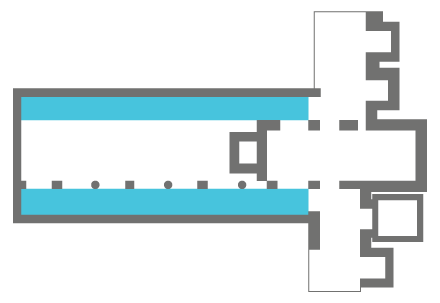 The nave arcade is supported on piers that alternate between circular and square forms. The adoption of the circular pier reflects the influence of the Cistercian house at Buildwas, Shropshire. Rough masonry close to the foot of the piers indicate the original presence of a stone ‘perpyn’ wall that separated aisle from nave. 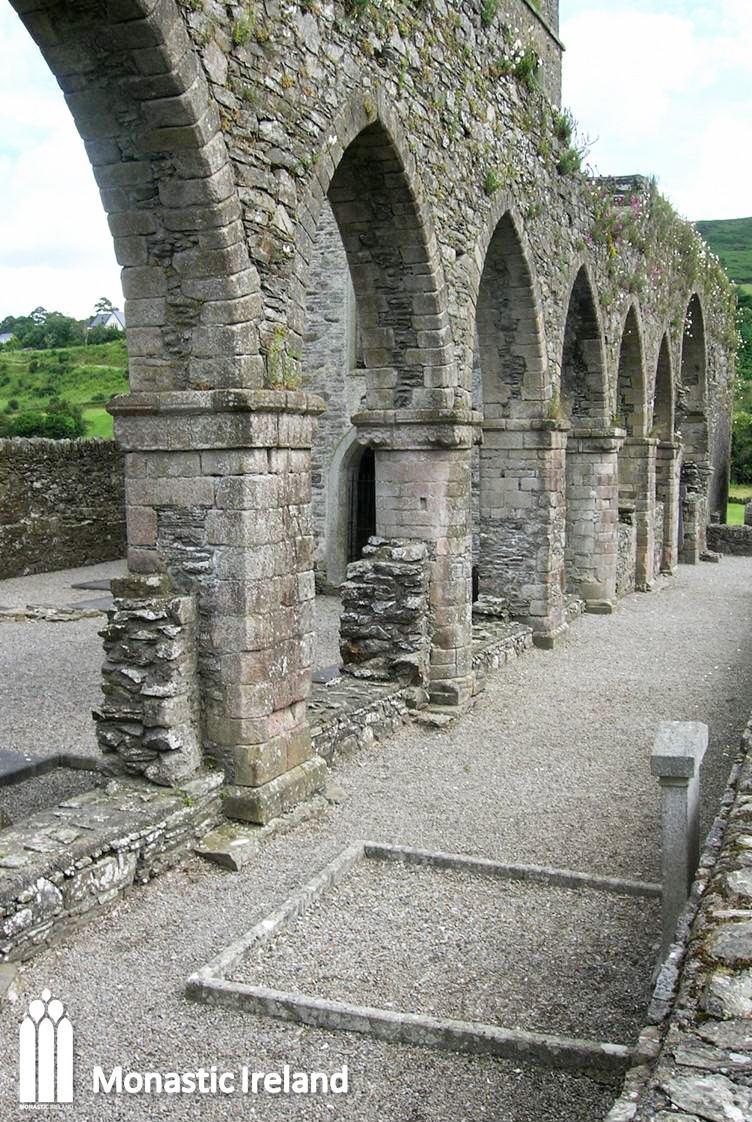 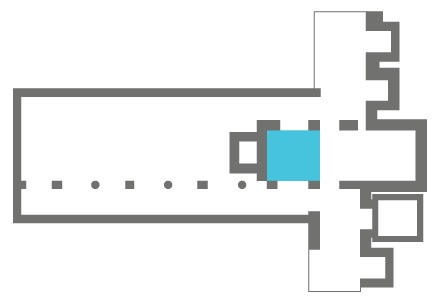 This tower was added in 1815, when the east end of the church was converted for Protestant worship by the Church of Ireland, and the tower marked the west end of the new church. Originally, directly to the east of this modern tower was probably the monks’ choir, usually located in the east-most bay of the nave, just before the crossing. 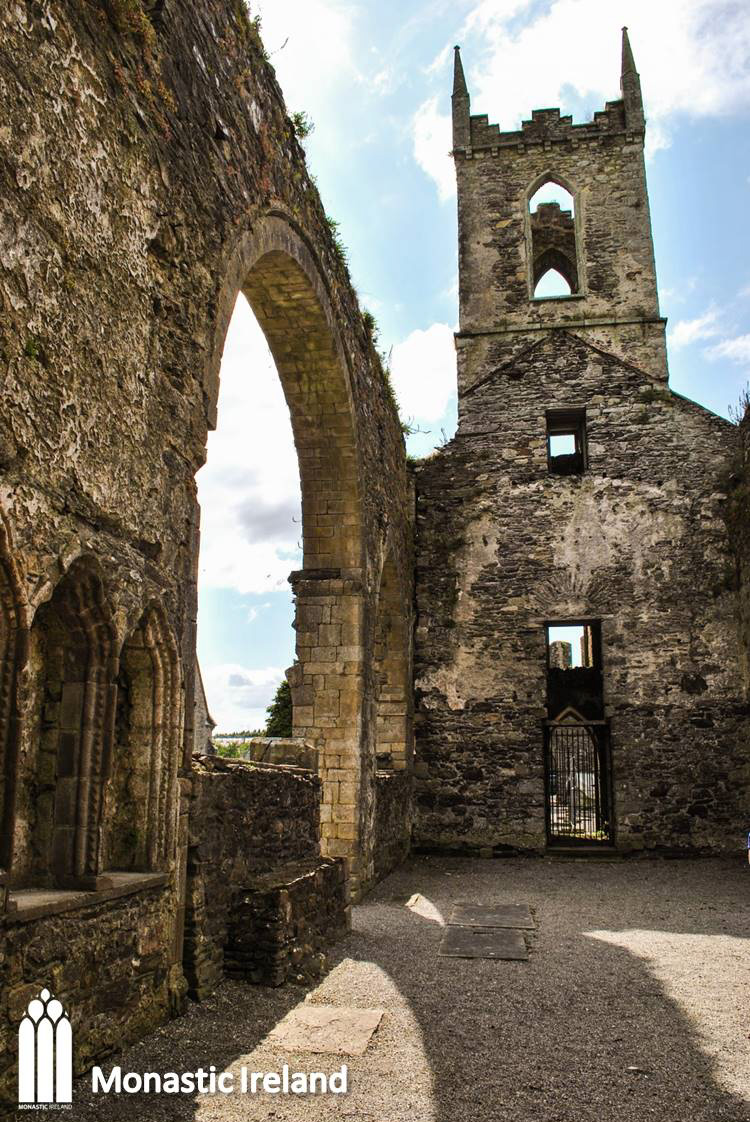 A view of the southern face of the crossing’s southwestern pier. It is the respond for the first arch of the nave, and was added to the original pier, evidence of the two phases of construction of the church: the presbytery and transept in the 1150s, and the nave in the 1160s. The capital of the respond is decorated with geometric carving similar to motifs appearing further along the nave. 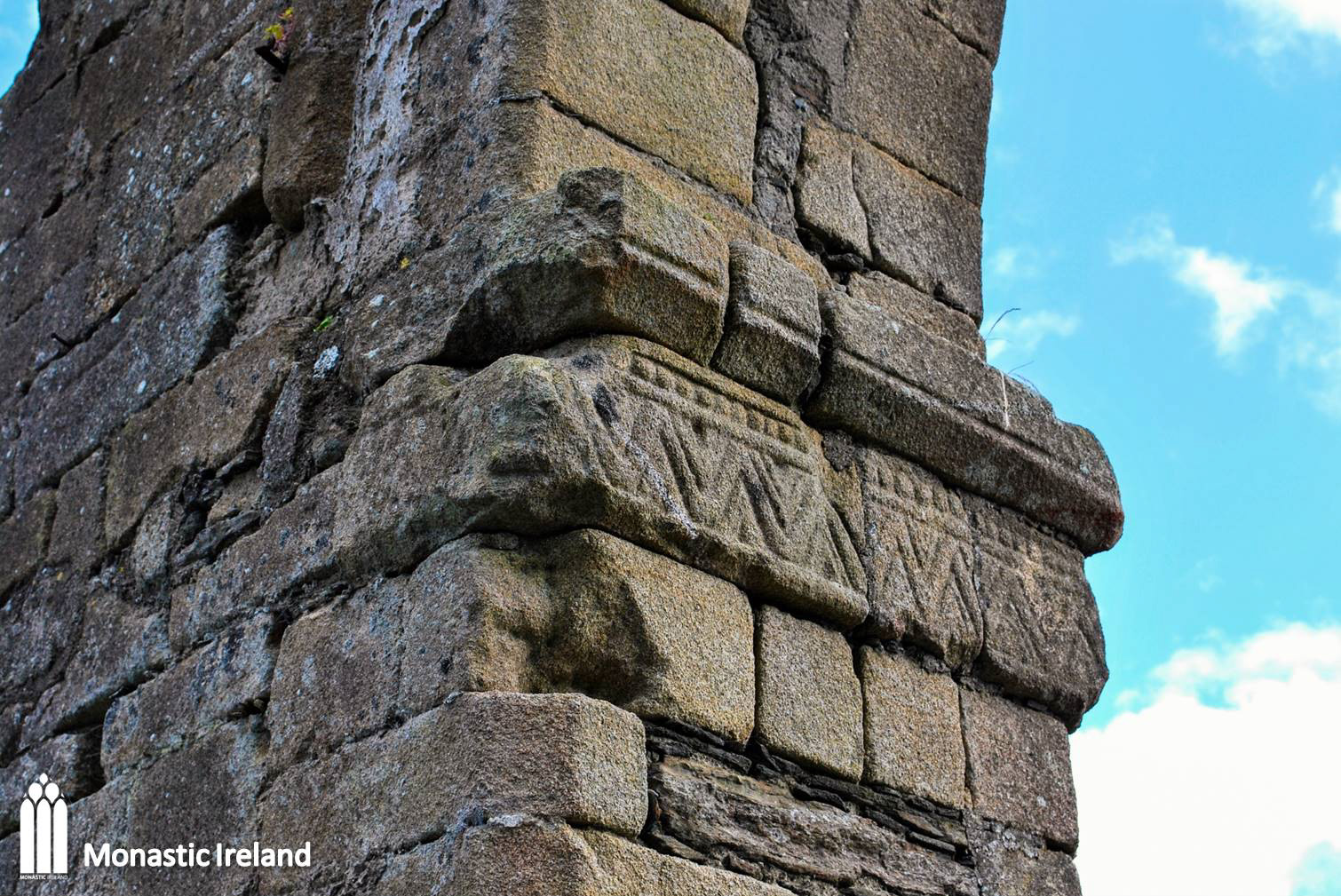 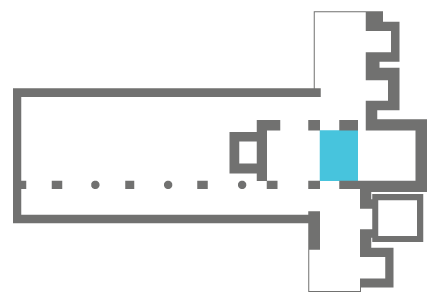 At the intersection of the transept and the chancel is the crossing, above which there might have been a crossing tower, though it is unclear if one was ever built in Baltinglass. In 1157 crossing towers were prohibited by the Cistercian order at the General Chapter, but low towers did exist, though they might have been structural necessities rather than a violation of Cistercian rule, because of the need to support separate roofs over the nave, presbytery and transept arms. 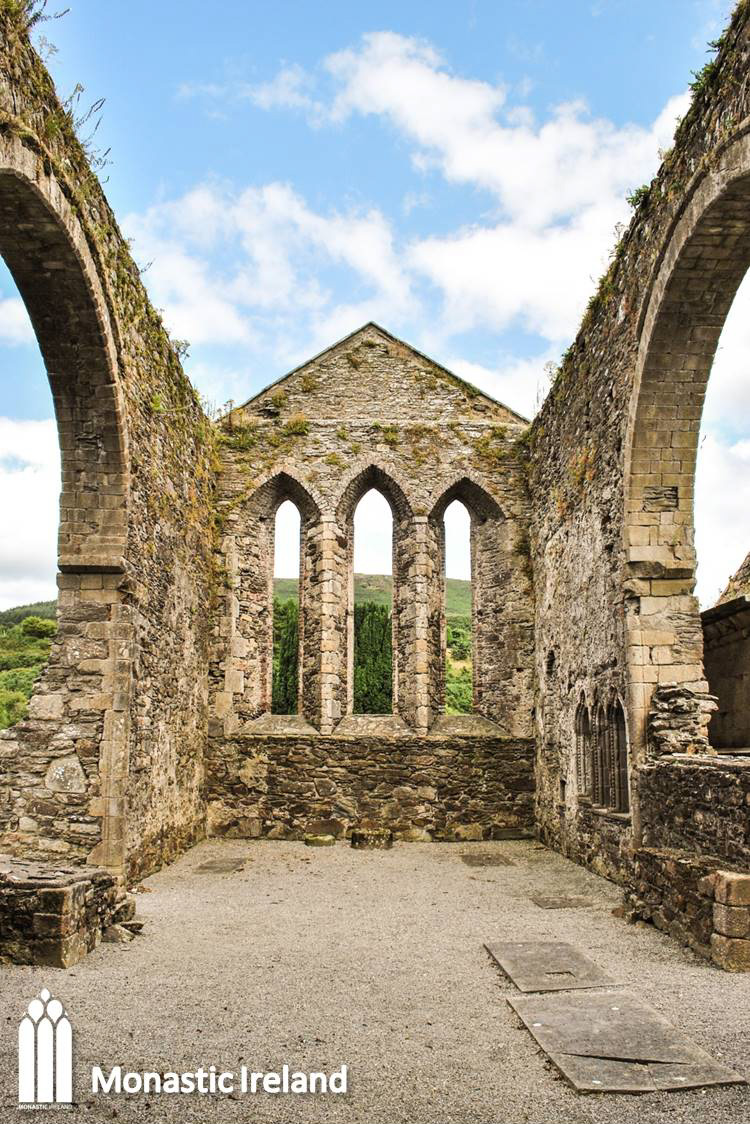 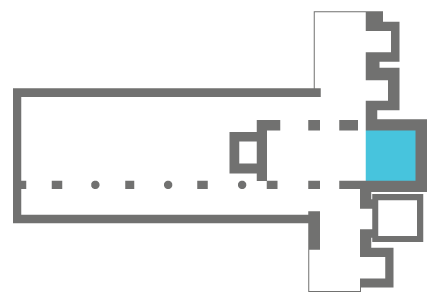 The presbytery lay at the east end of the chancel, located underneath the principal window, and contained the High Altar and the sedilia (or ornamental seats for the clergy officiating at Mass).

While the east end of the church (chancel and transept) was the earliest part to be built in the 1150s, the east wall was substantially rebuilt later on, with three tall, pointed lancet windows replacing what would have probably been three shorter and round-arched windows, based on evidence from other contemporary Cistercian foundations. 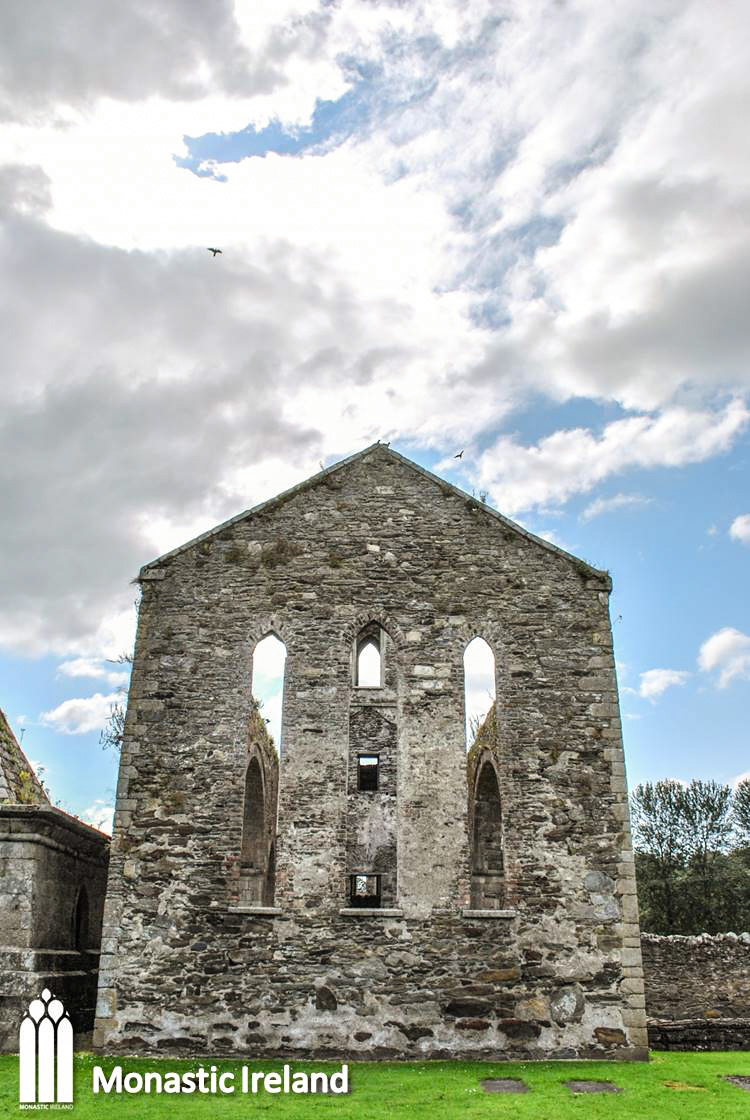 A view inside the presbytery from the north transept. The three slender lancets of the east end are most likely insertions of the thirteenth century, intended to shed additional light on the altar. This part of the church continued to be used for worship by the Church of Ireland right up until 1883. 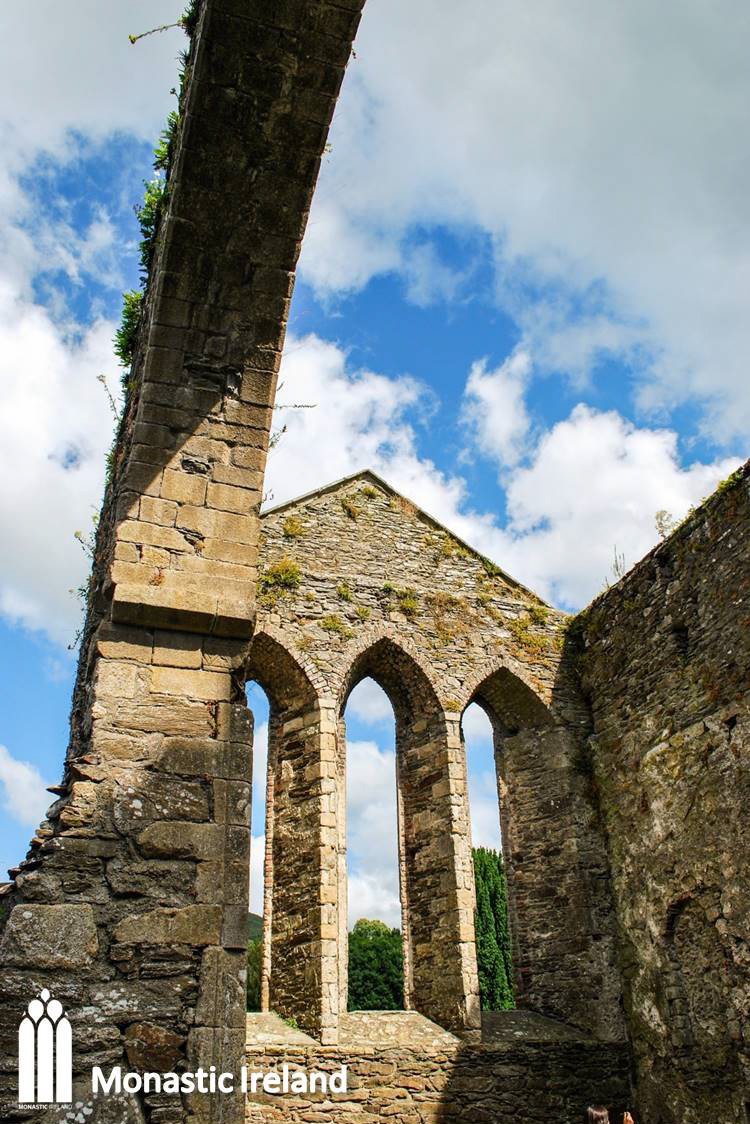 These three elegant arches form the sedilia, where officiating clergy sat during Mass. It is decorated with a dog-tooth ornament typical of Romanesque sculpture in Ireland. 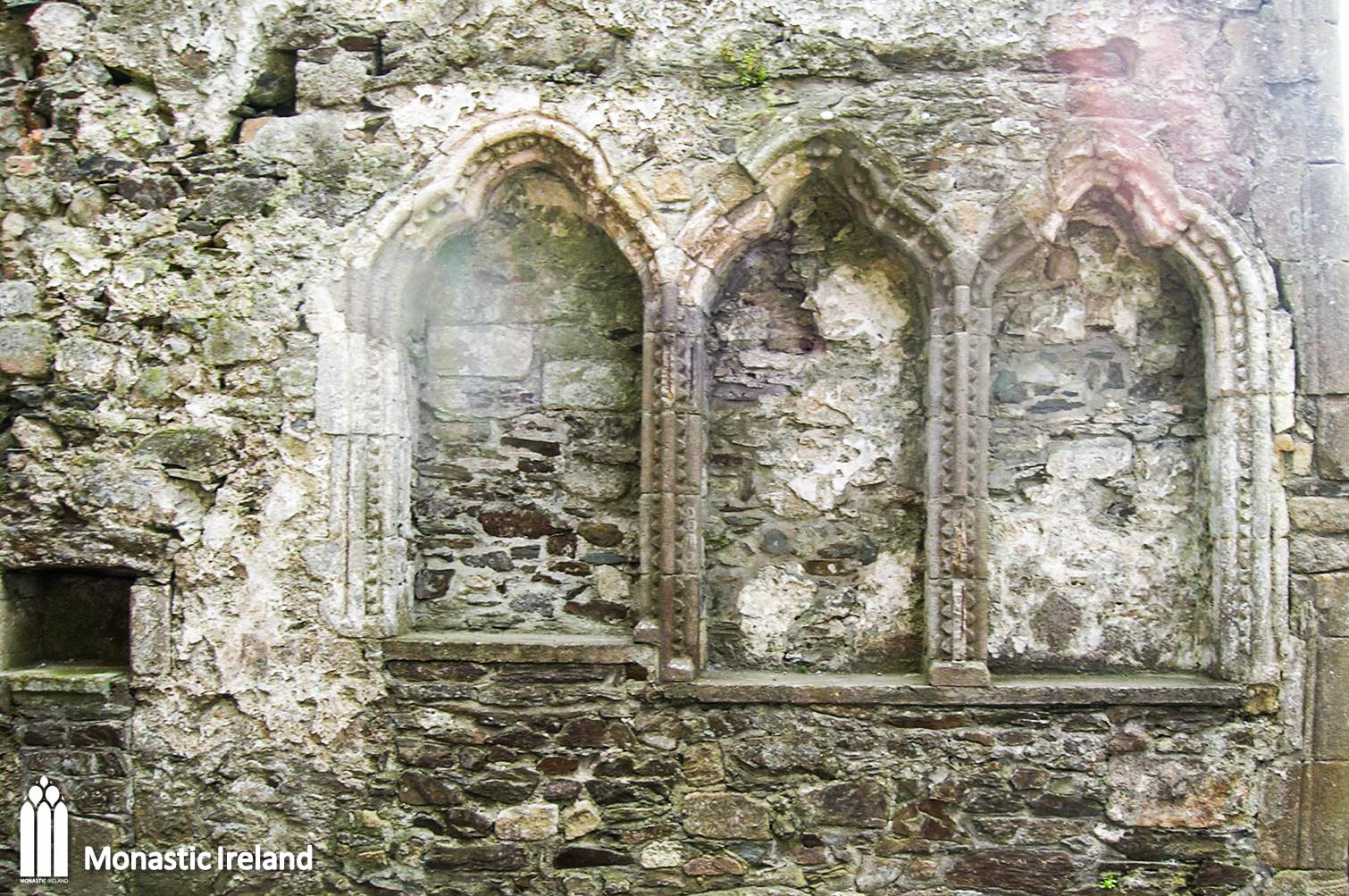 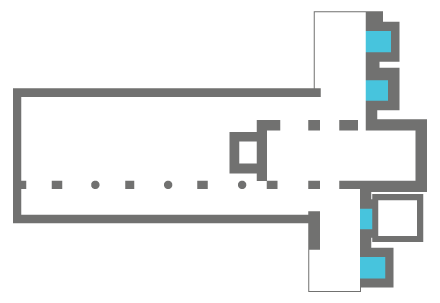 Of the chapels projecting off each transept arms, only foundations remains. Their arrangement departed from normal Cistercian practice, in that they were structurally independent from each other, instead of sharing an east wall and partition walls, and only two were built in each transept instead of the usual three. 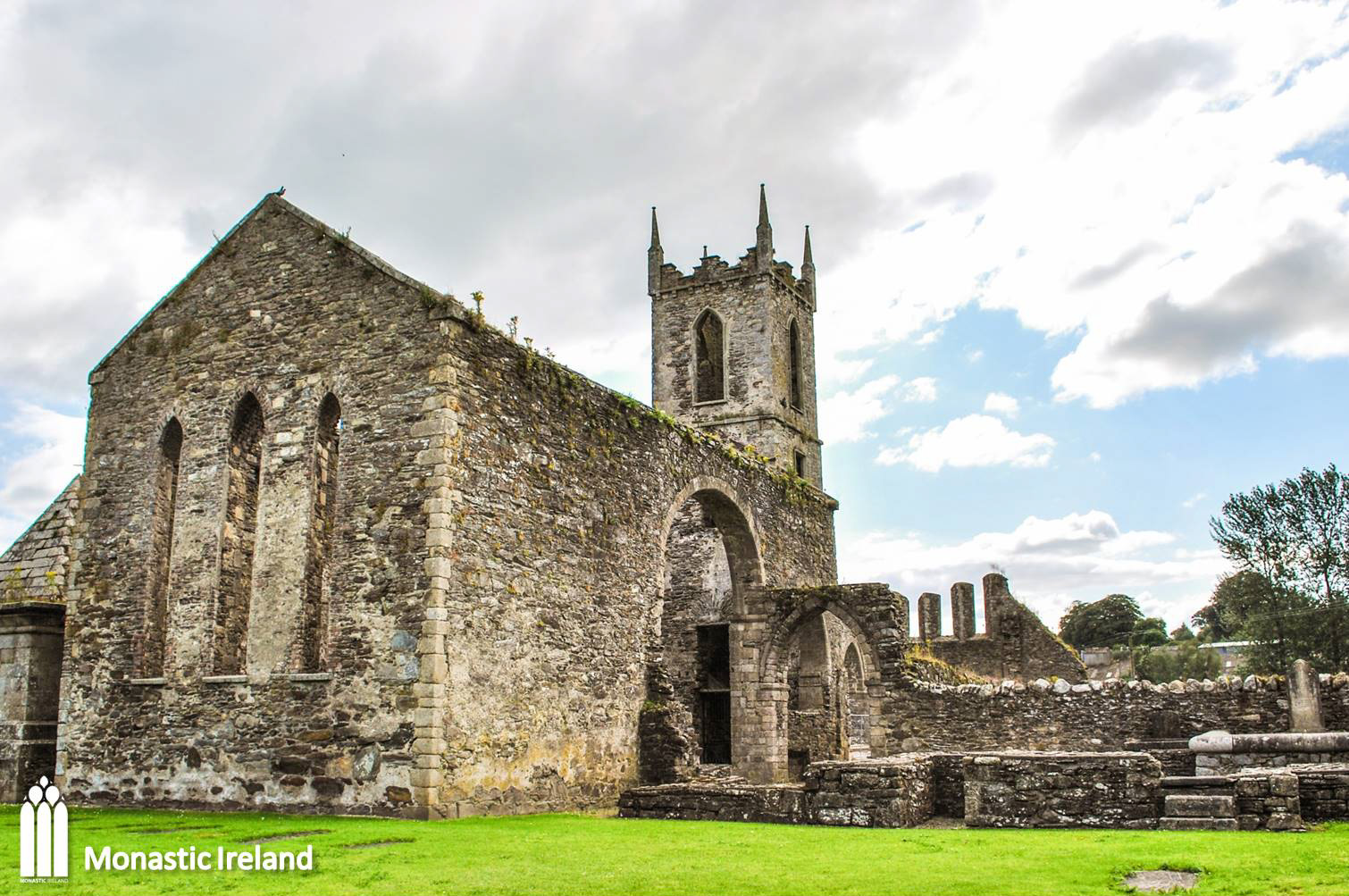 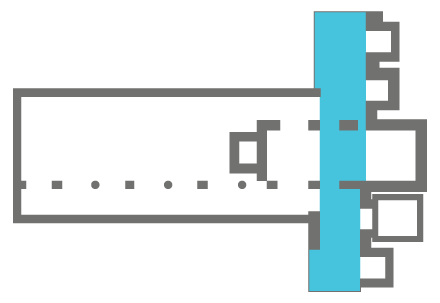 The bulbous shape of this base relates it to a number of other Romanesque buildings in the Leinster area, suggesting that it is the work of Irish masons. The lunette shape at the bottom contains a tiny lion, its head bent over its back, an unusual detail to find in a Cistercian church, where frivolous art was banned. 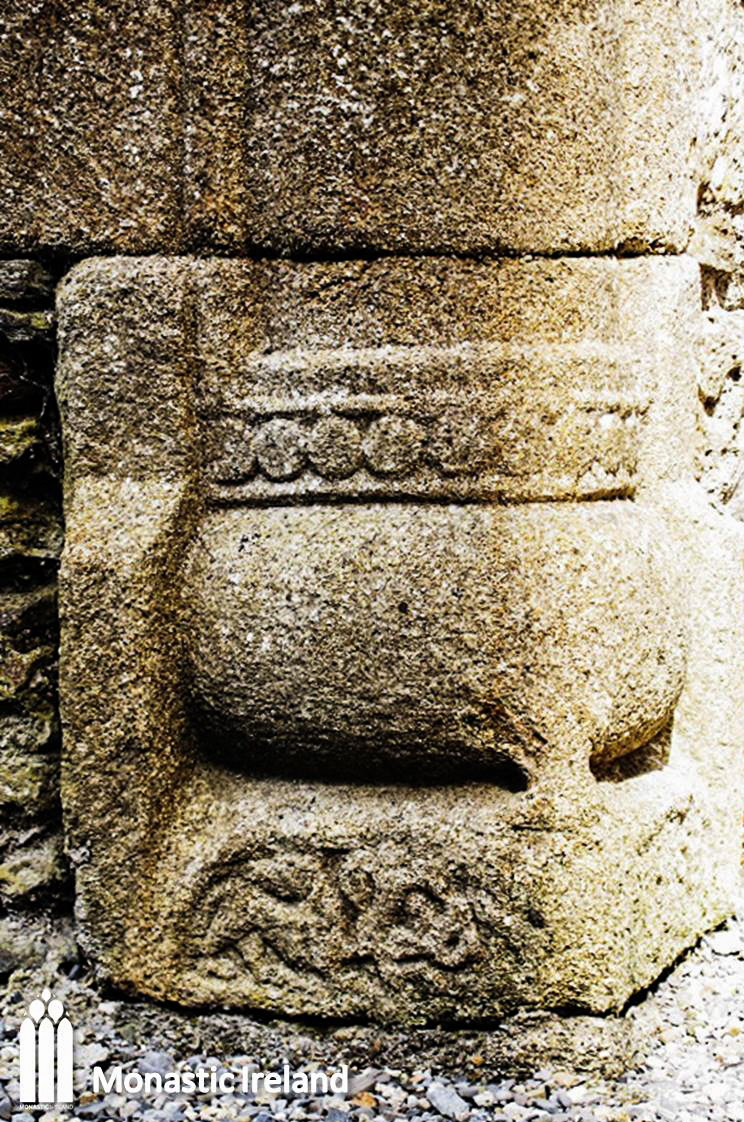 A view of one of the wide, round arch opening onto each arm of the transept, here the southern arm. Though the transept does not survive above ground, the height of the arches indicate that it was relatively low, which is evidence of Burgundian influence at Baltinglass 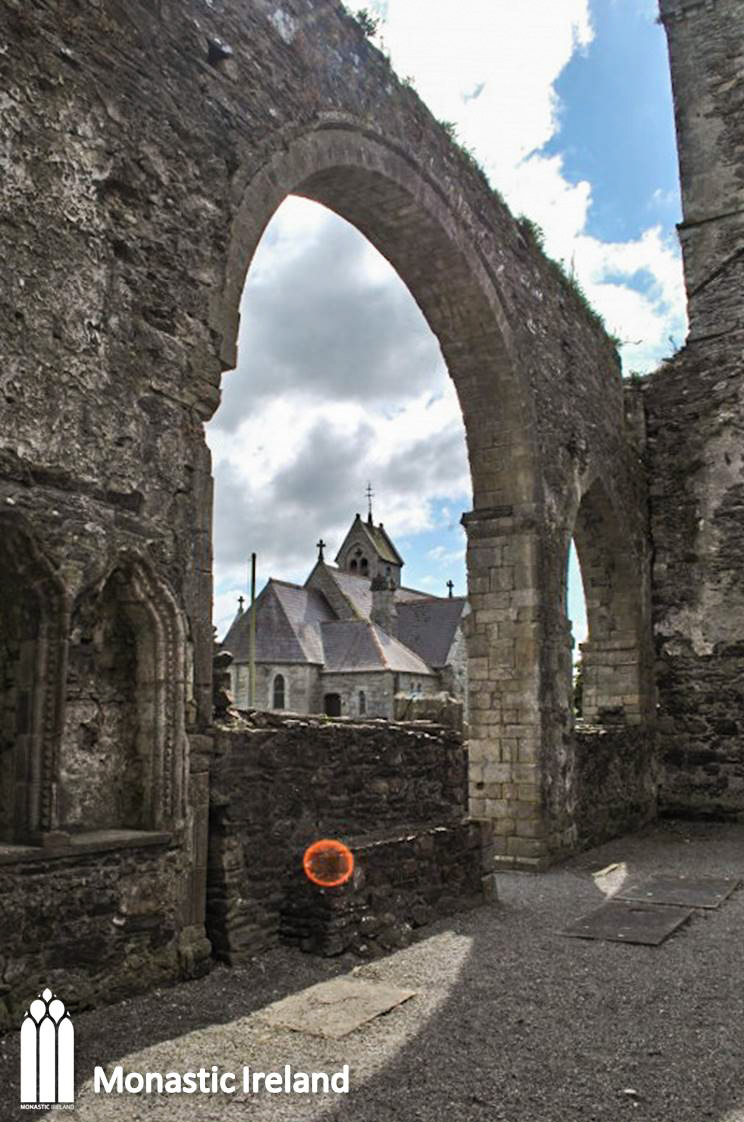 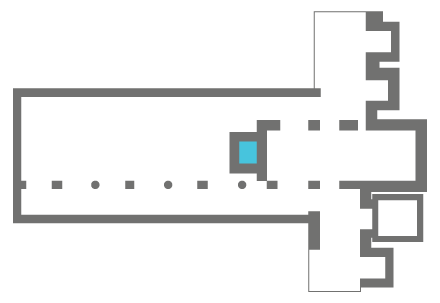 This tower was built in 1815 and served as an entrance and belfry for the Church of Ireland church that occupied the chancel until 1883. 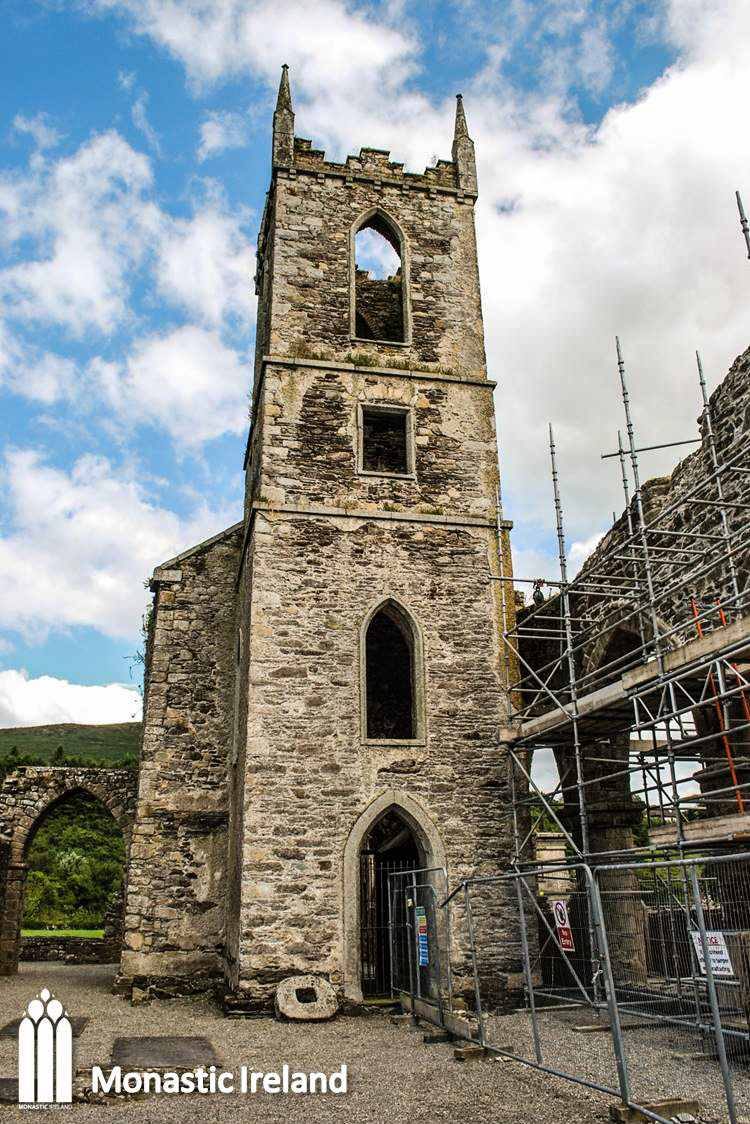 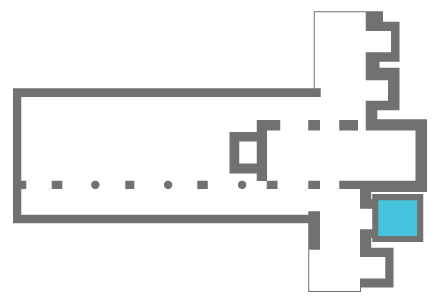 The continued use of the east end of Baltinglass as a parish church right up to the nineteenth century means that its precinct was used as a local cemetery. Among the most impressive tombs is the Aldborough mausoleum, built in 1832. 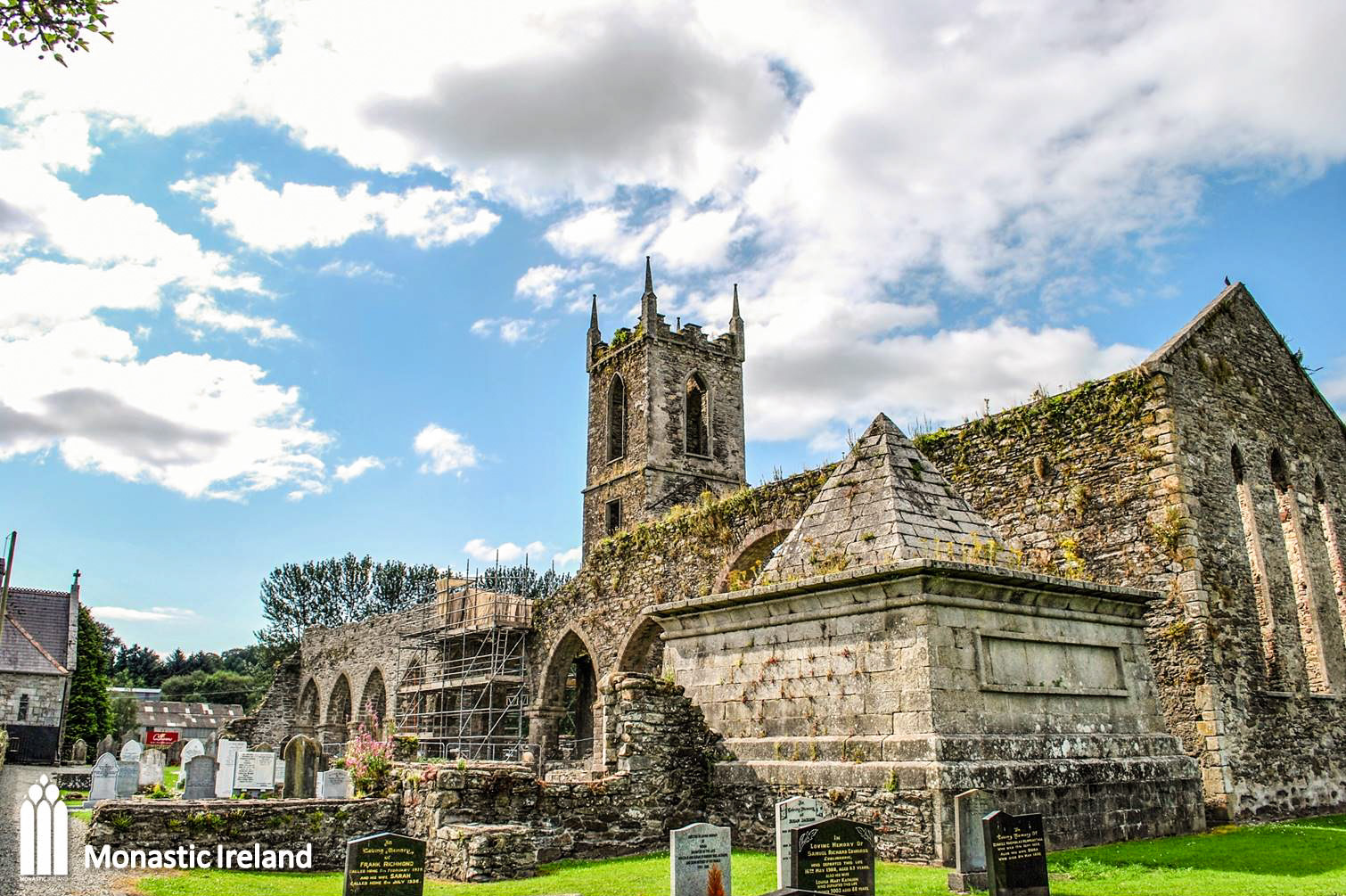 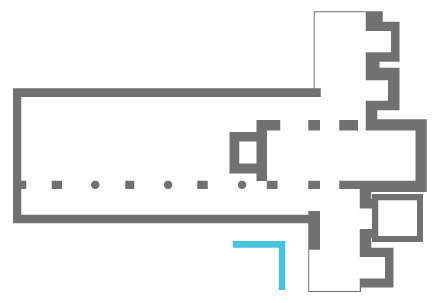 As was customary in the Cistercian order, the church was placed to the north of the cloister, with domestic buildings arranged around the east, west and south sides. In Baltinglass nothing remains of these buildings above ground, and only small reconstructed fragments of the cloister arcade survive. 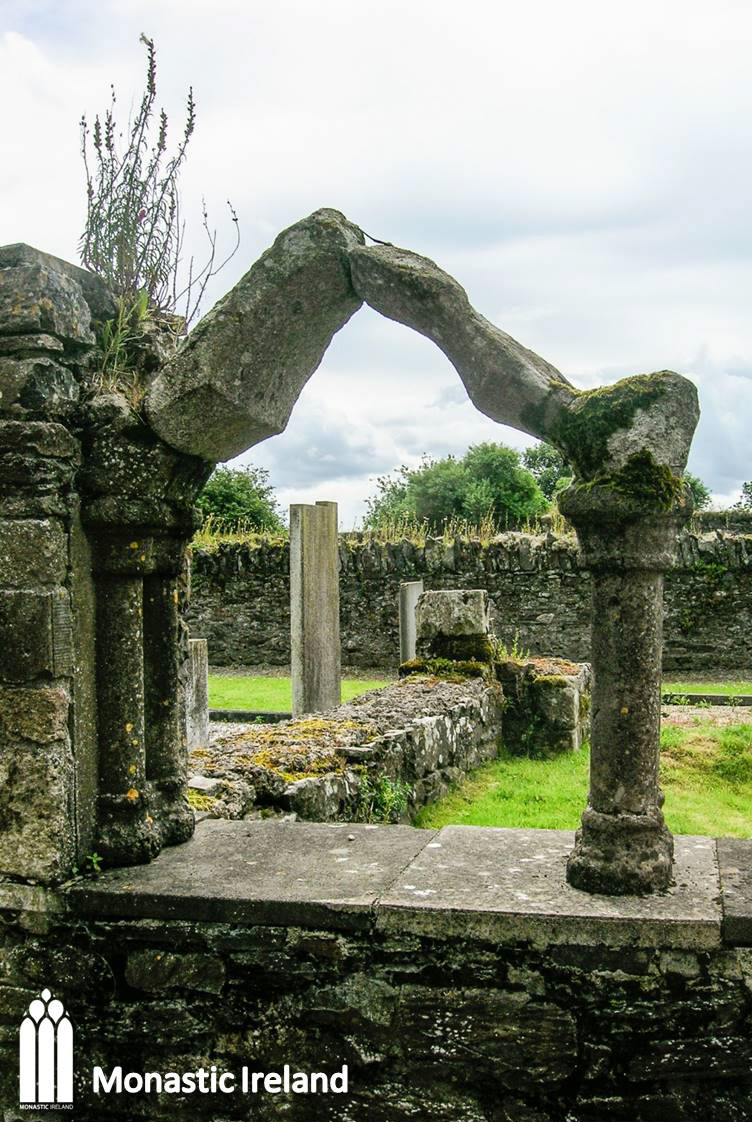