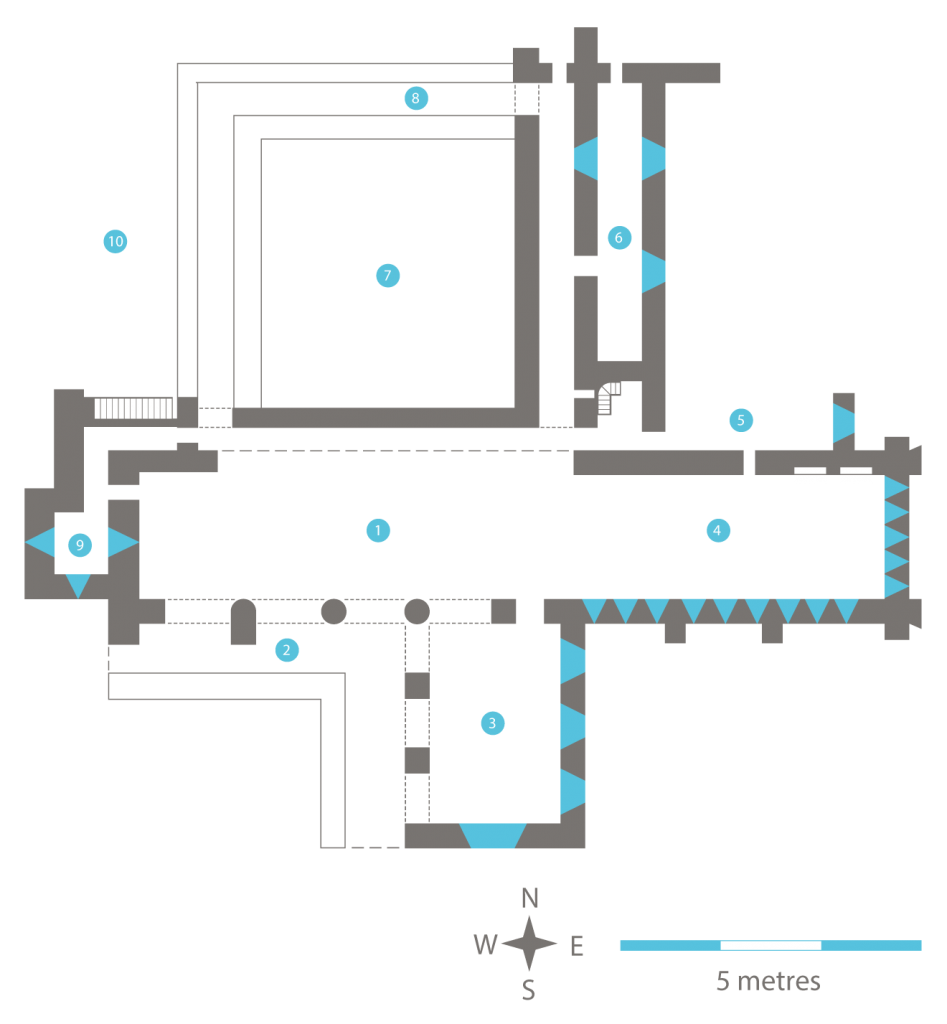 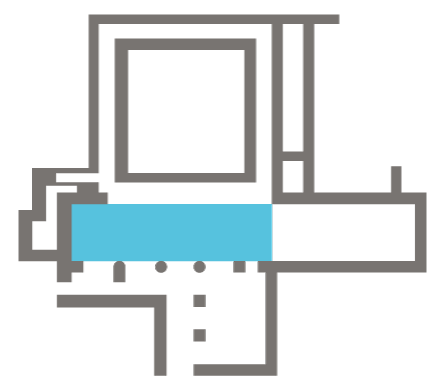 A view of the interior of the nave, looking towards the chancel. Unlike many mendicant friaries, in Ardfert there was no central belfry tower dividing up the space between the nave and the chancel. Instead, there was probably some form of screen or screens with a central opening, made of timber or metal. 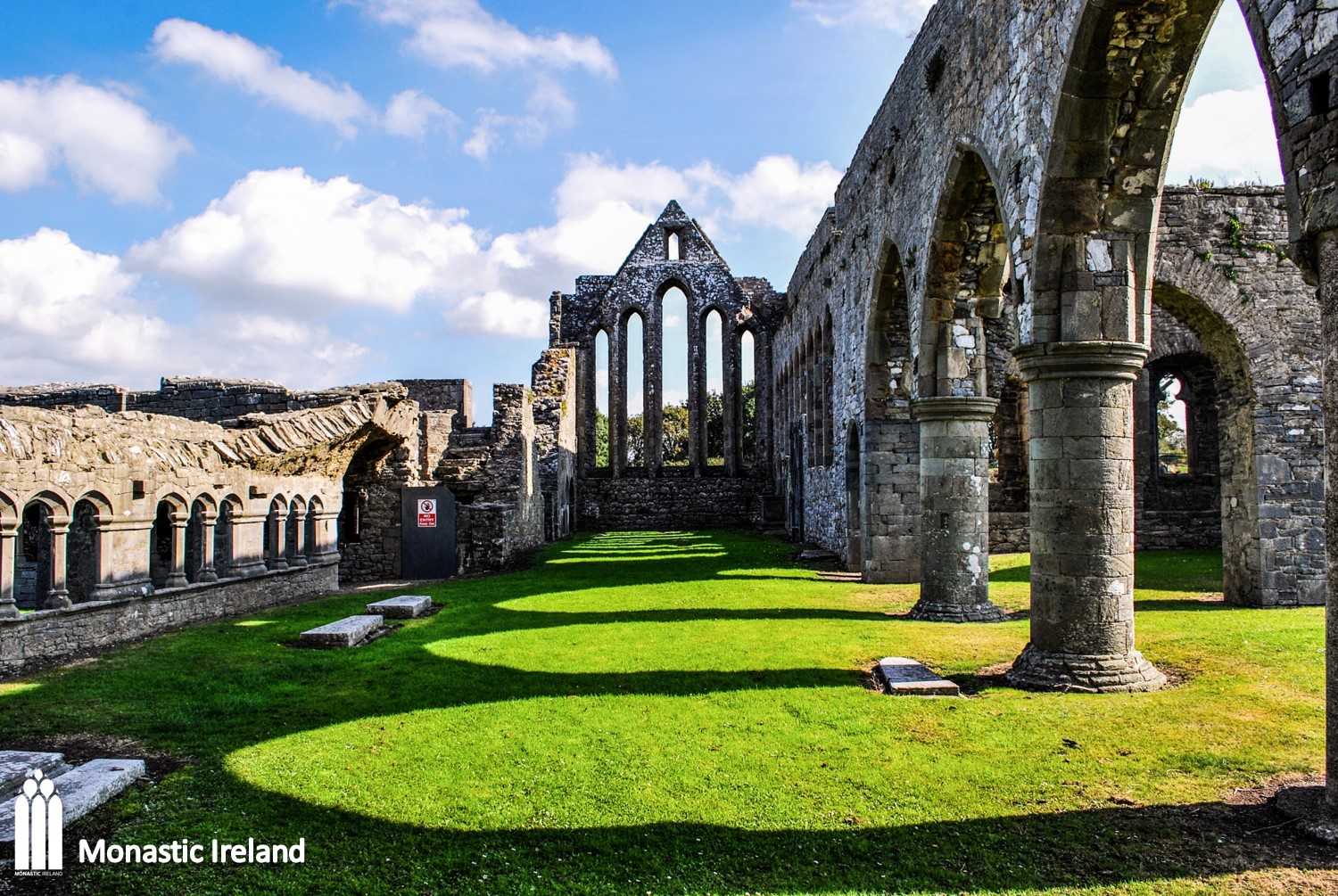 A view of the nave looking towards the west gable and the tower, which unlike most friaries was built at the west end of the nave instead of between the nave and the chancel. To the south of the nave is the lateral aisle, while the north wall is mostly gone and reveals the cloister walk and arcade to the north. 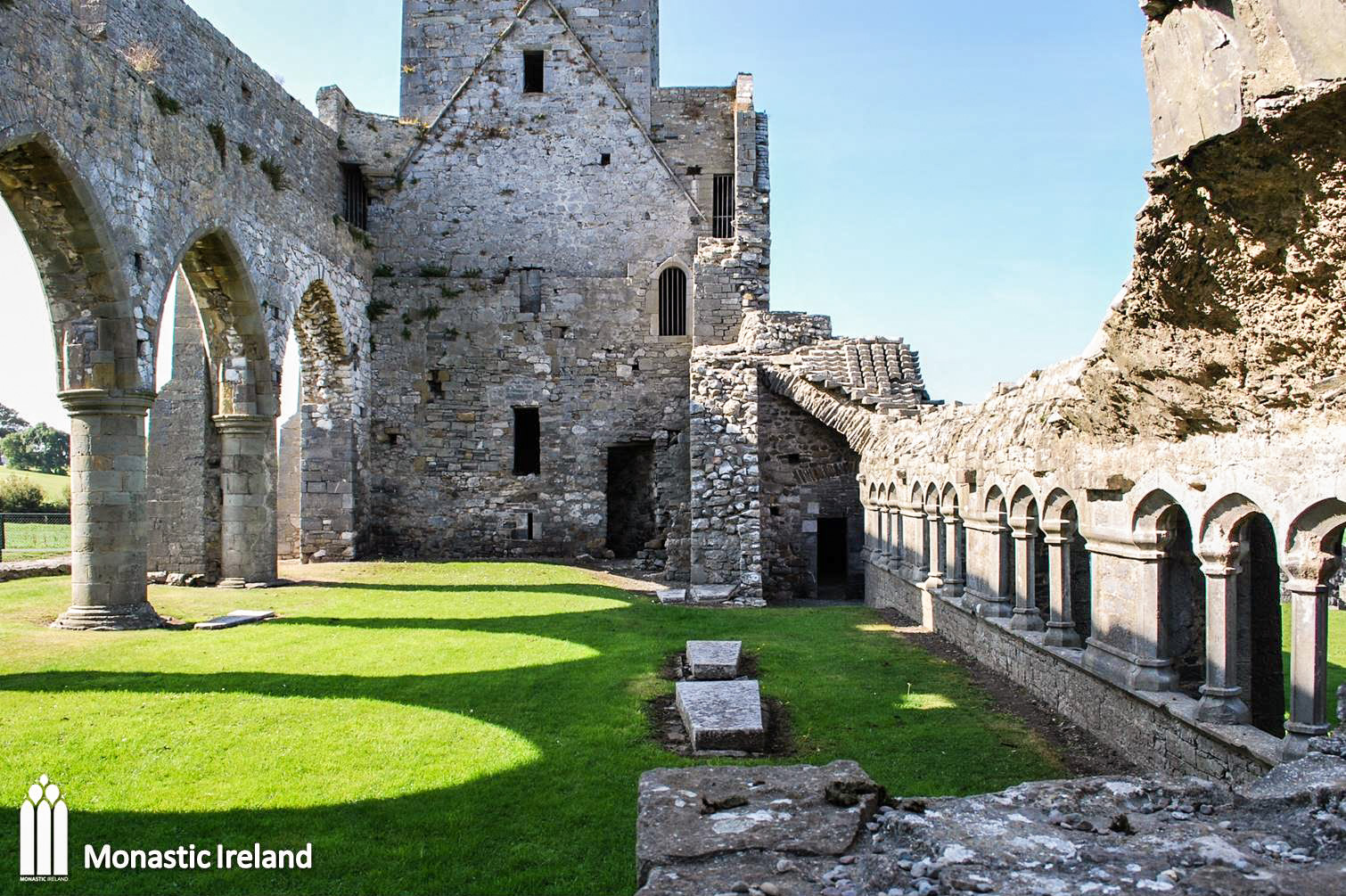 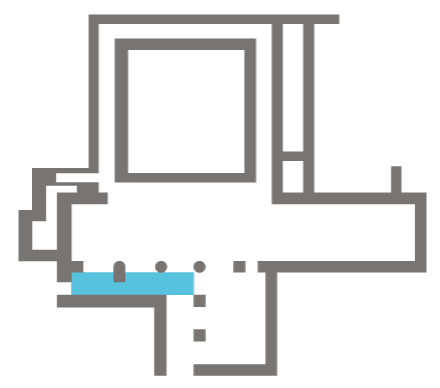 A view of the great arcade separating the nave from the lateral aisle. It is comprised of four tall, pointed arches resting on large circular piers with moulded bases and capitals. 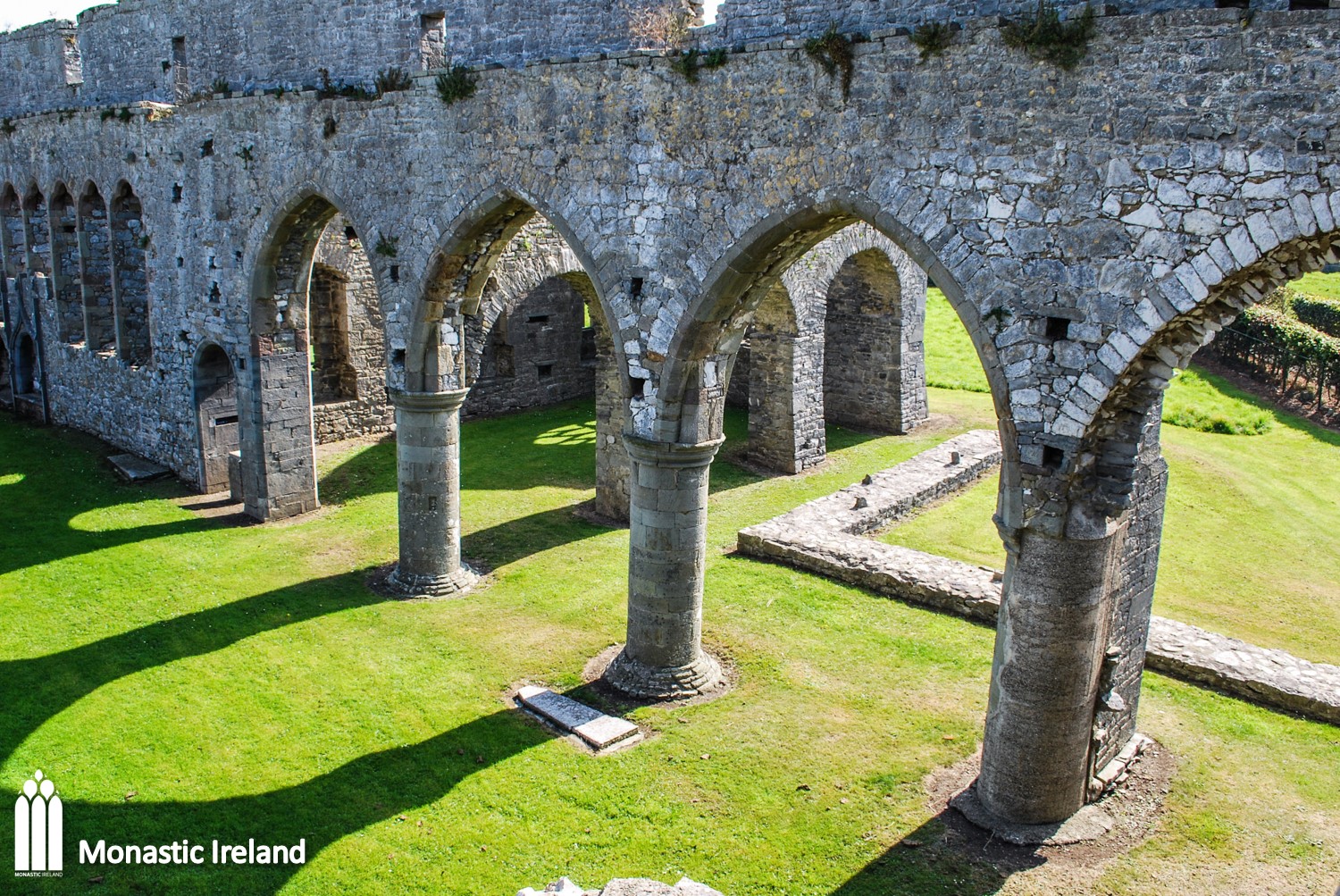 Another view of the aisle, the south wall of which is completely gone. To the west is the tower which was probably added to the church in the fifteenth century, at the same time as the cloister and south transept were constructed. The latter, just to the east of the aisle here, had its own aisle to the west separated by an arcade of three arches. 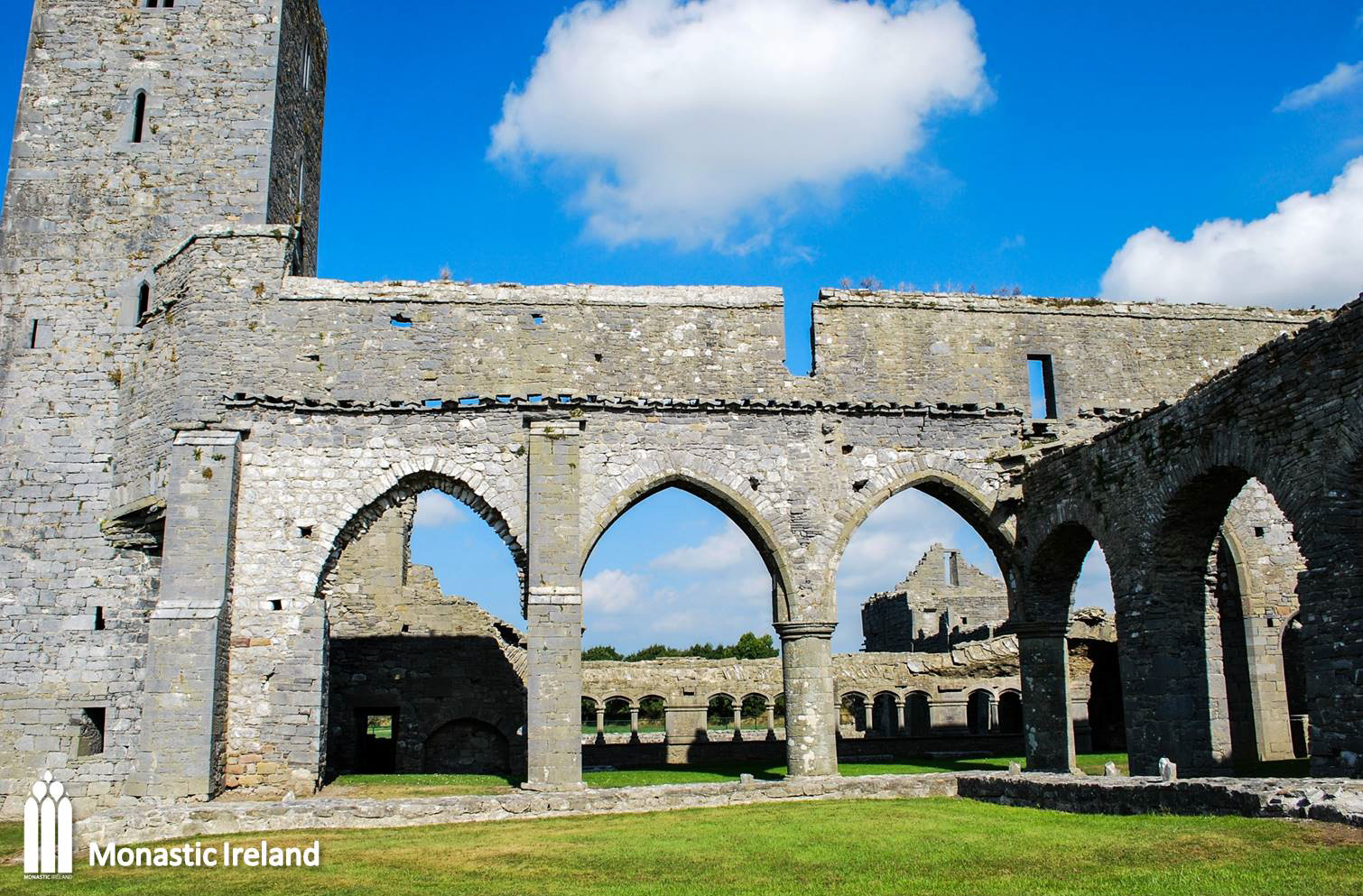 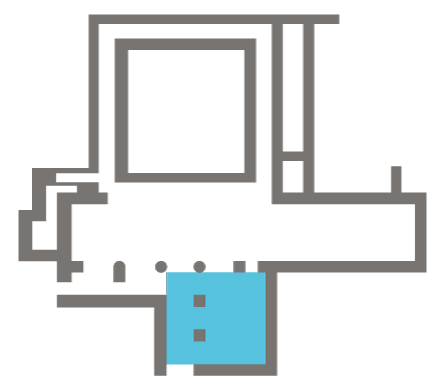 Another view of the south transept. The style of the window in the south gable, a four light with switch-line and simple flowing tracery, indicates that it was probably built in the fifteenth century. 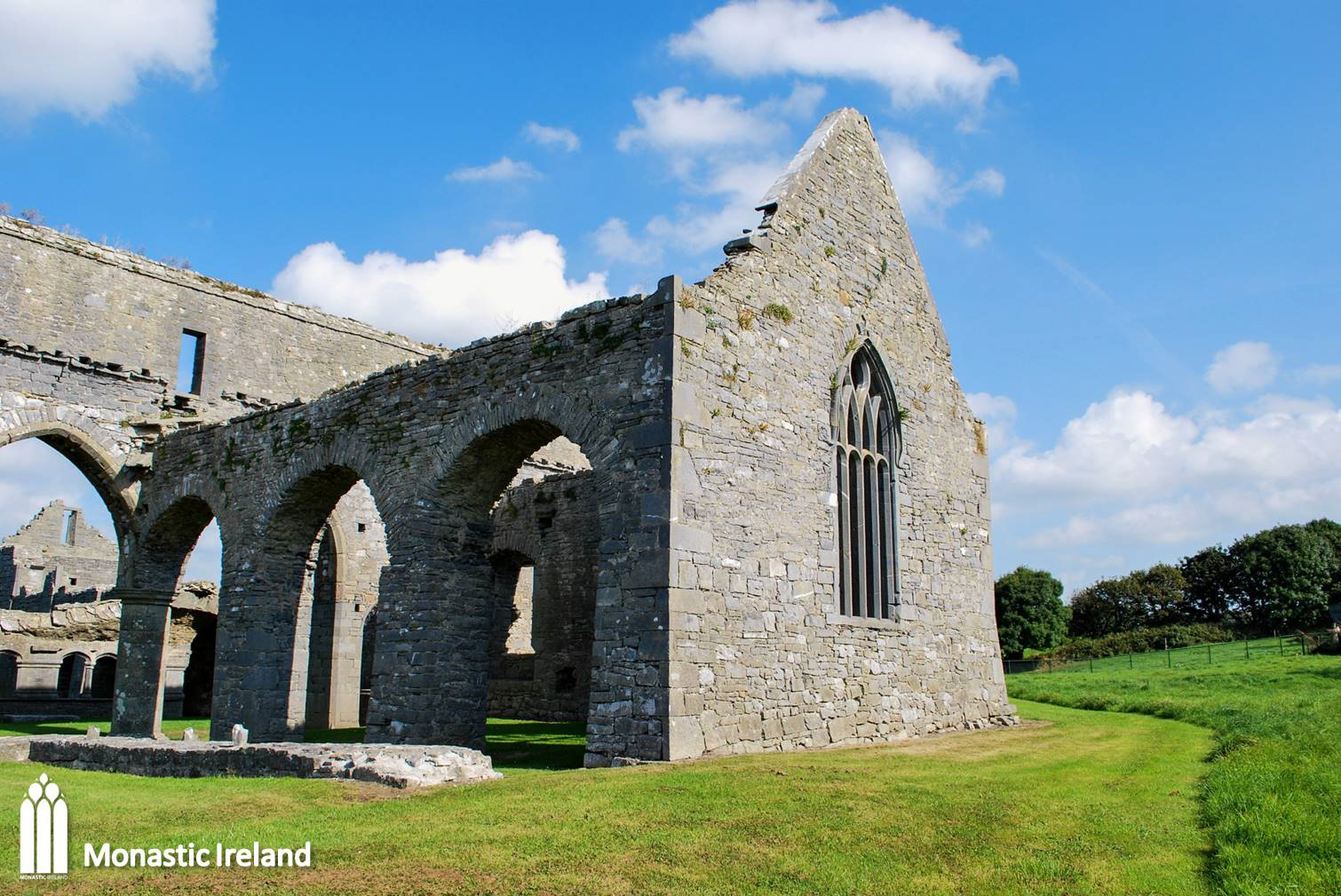 A view of the interior of the south transept, looking towards the nave. Like other mendicant churches in Ireland, the south transept was built to house chantry or funerary chapels funded by benefactors, always to the side opposite to the cloister. In Ardfert it followed a rather common design, with a main structure and a lateral aisle to the west, coupled with the nave’s single lateral aisle, also on the side opposite the cloister. 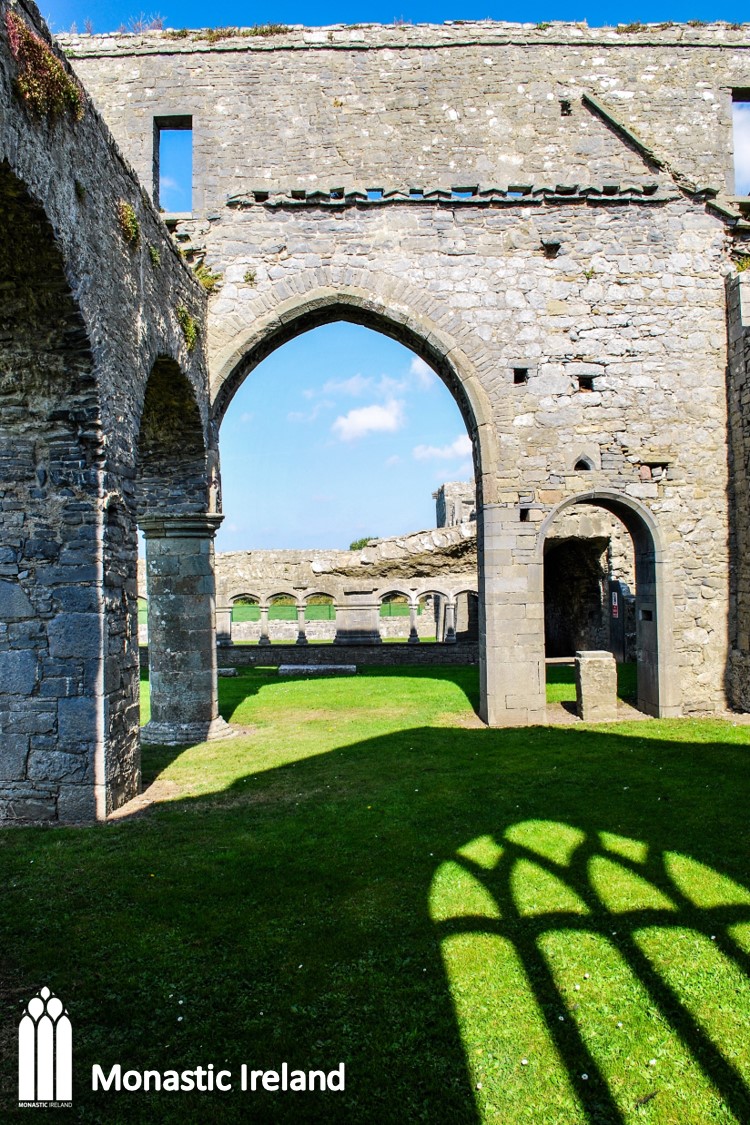 A close look at the tracery detail in the upper part of the south window of the transept. The apex of the window is decorated with the stylized carving of a flower. 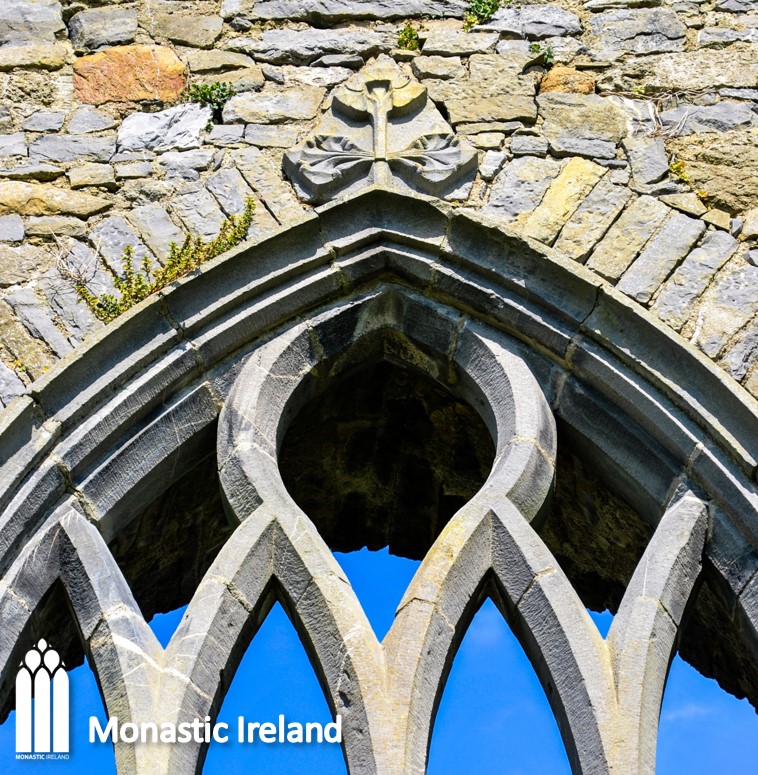 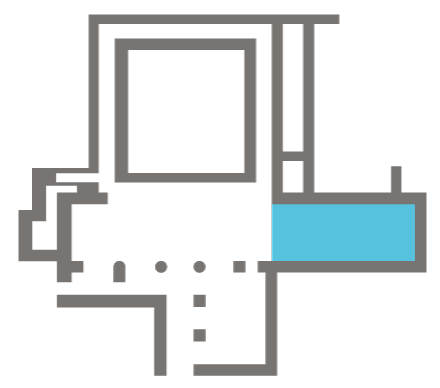 A view of the south wall of the chancel, with its impressive row of nine lancet windows. They are pointed on this side, but trefoil-headed on the other, internal side. It appears that the upper part of the wall, above the windows and the buttresses, is a later addition aimed at reinforcing the existing walls, perhaps for defensive and protection purposes. 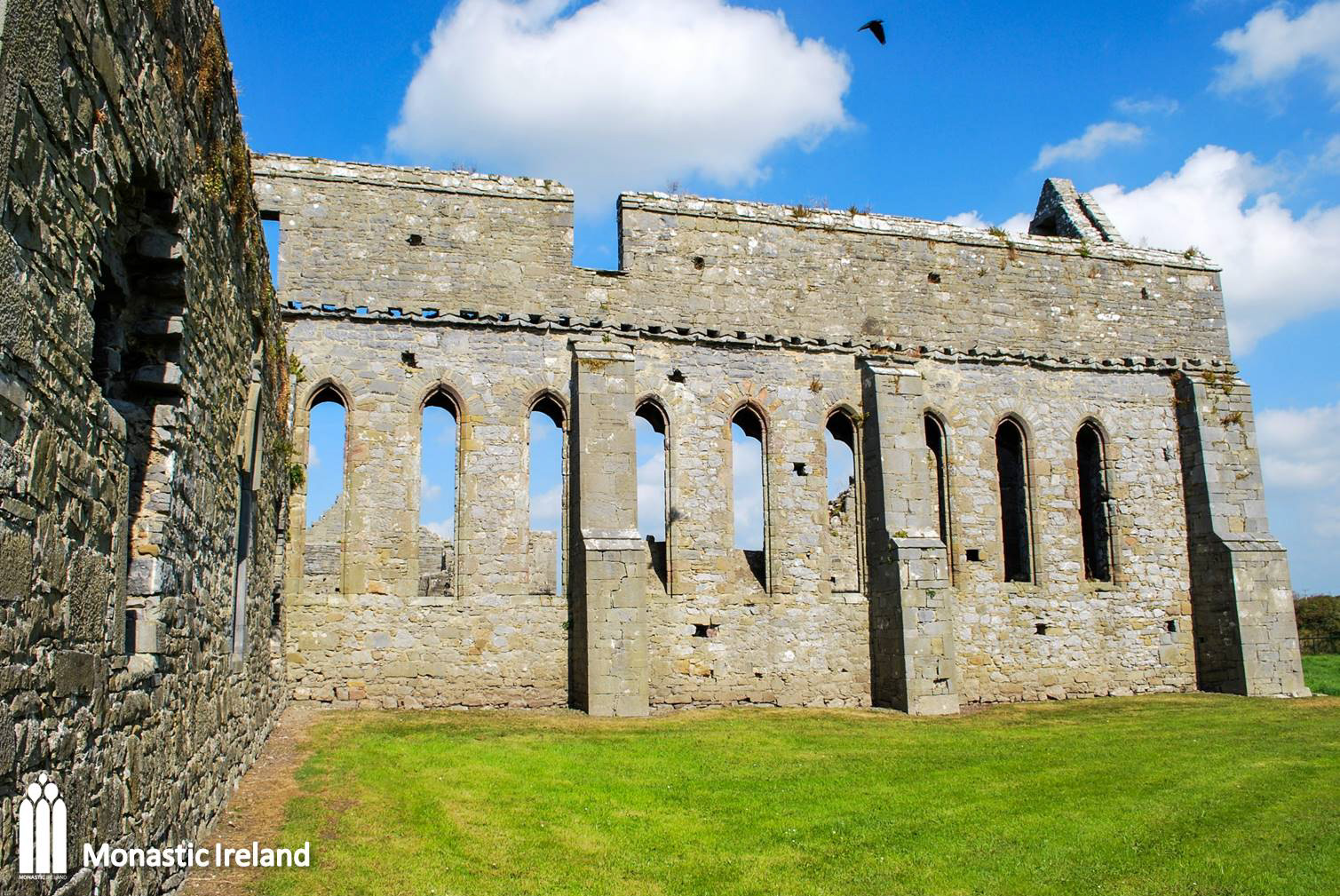 A view of the interior of the chancel. The east window is a group of five graded lancet typical of the middle of the thirteenth century in Ireland, especially in a mendicant context. It takes up nearly the entire extent of the gable, and is one of only a few examples of thirteenth-century windows that survive in friaries, as they were often replaced in later times with updated tracery designs, often smaller in size. On either sides of the chancel are tomb niches of various periods. 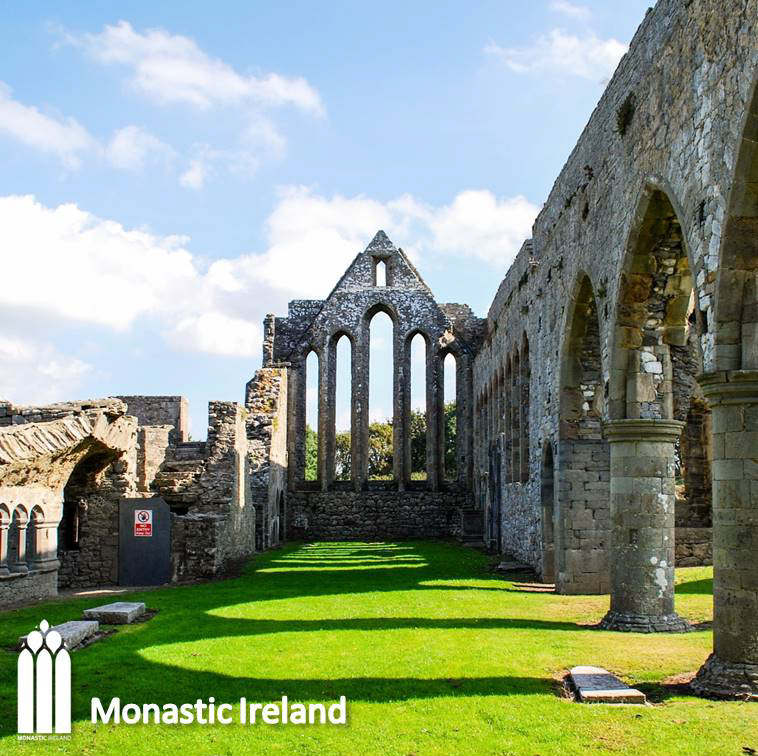 In the south wall of the friary is a series of five wall tombs. Of the two pictured here, the west-most one is the most recent, and presents a design typical of the fifteenth century in Ireland, with an ogee-headed arch framed by pinnacles. Very similar examples are found in several friaries of the western half of the country, such as Adare and Askeaton Franciscan friaries in Co. Limerick. The trefoil-headed tomb niche beside could be a thirteenth-century insertion, based on stylistic considerations. 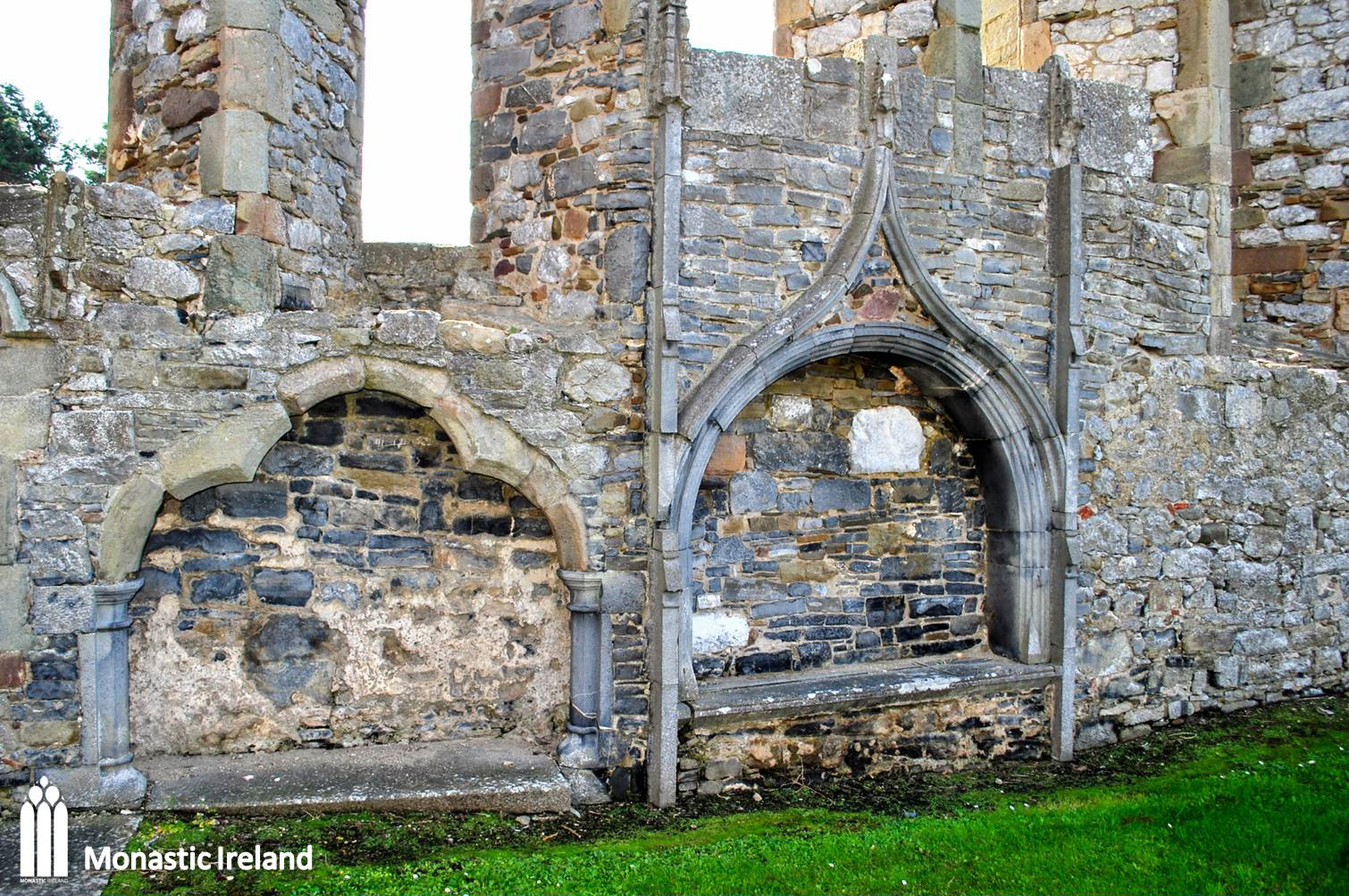 In the north wall of the chancel are two tomb niches, which were originally both simple round-headed recesses, and appear to have been built as part of the original fabric of the wall. The west-most recess was later reused for another burial, and a trefoil moulded design was inserted. The east-most niche might have been the resting place of Thomas Fitzmaurice Fitzgerald, 1st Lord of Kerry, founder of the friary (d. 1280). To the west of the tombs is the doorway giving access to the sacristy. 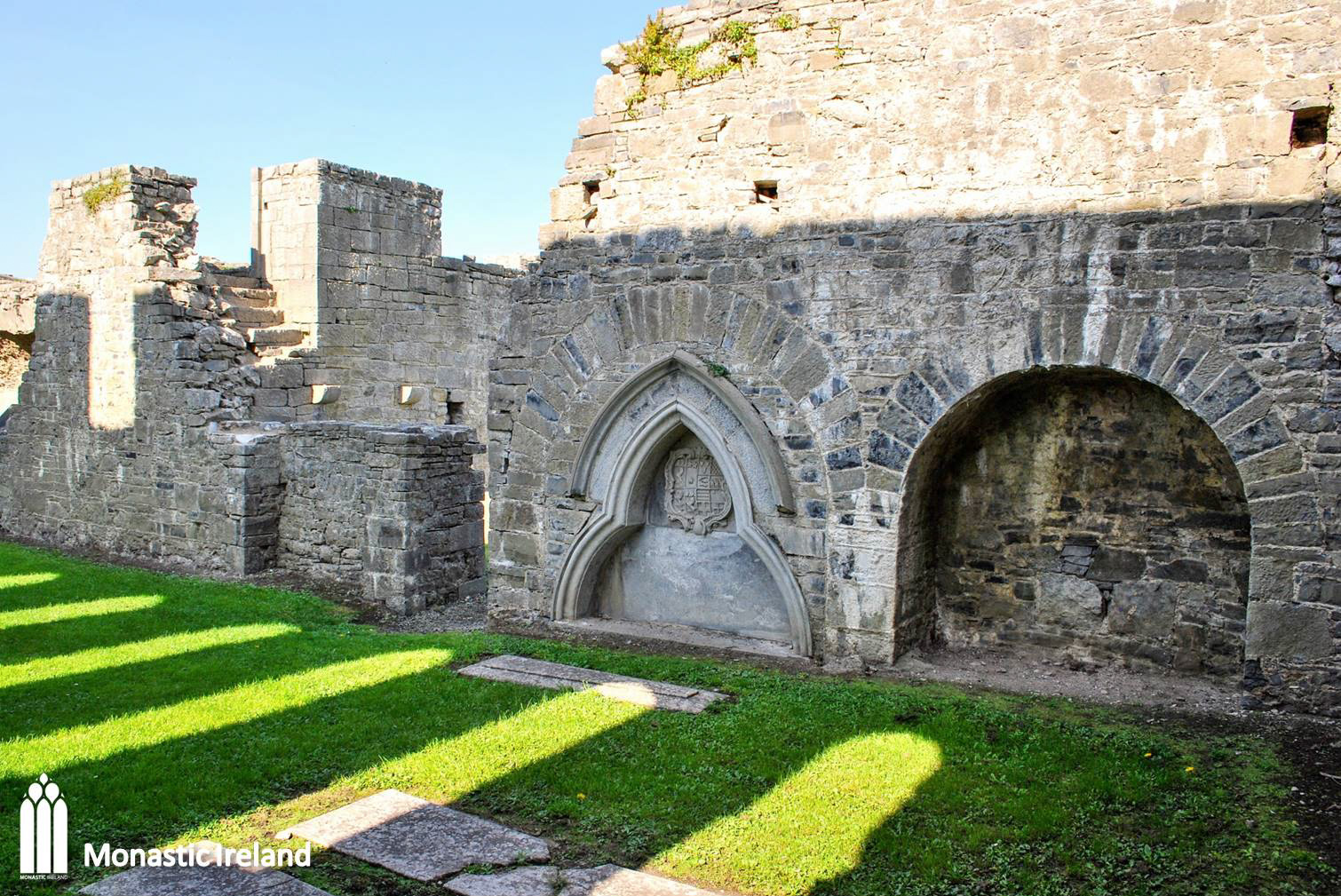 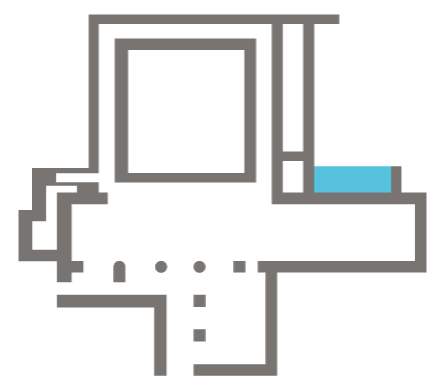 The sacristy (or vestry) is a room off the church, where vestments, church furnishings and altar plate are stored and where the clergy robe for church services. 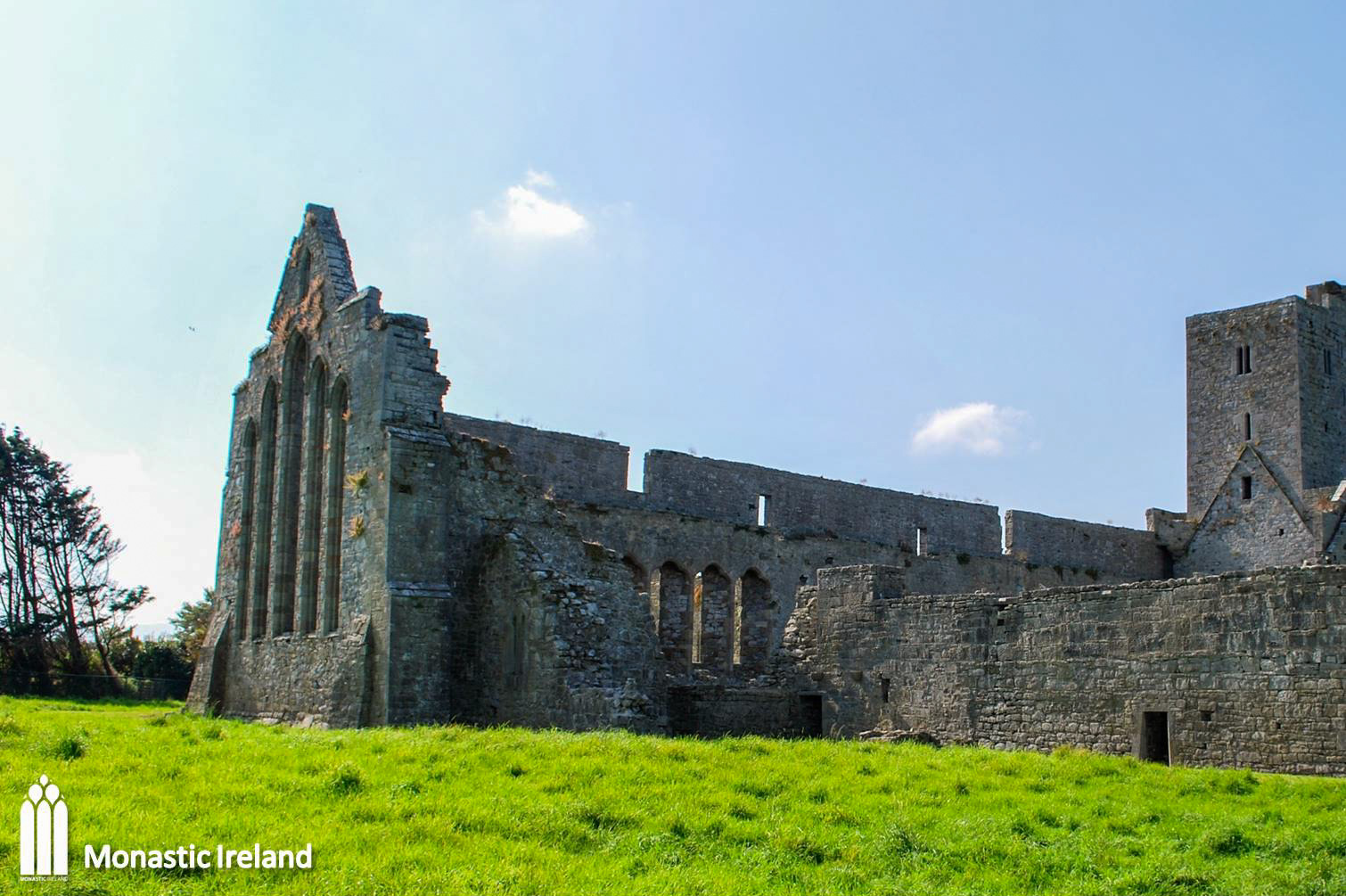 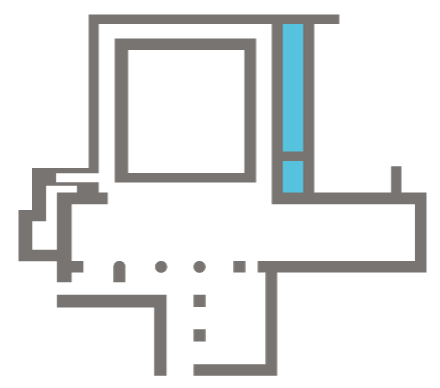 A view of the east range looking west. It is the only domestic range of the friary to survive above ground. The cloister in Ardfert was integrated, meaning that the upper floor extended over the ground floor and the cloister walk. The lower floor is comprised of a small room with stairs, opening up into the cloister and what would have been the sacristy, and a long barrel-vaulted room, which might have been subdivided. Above was the friars’ dormitory, and perhaps the chapter room. 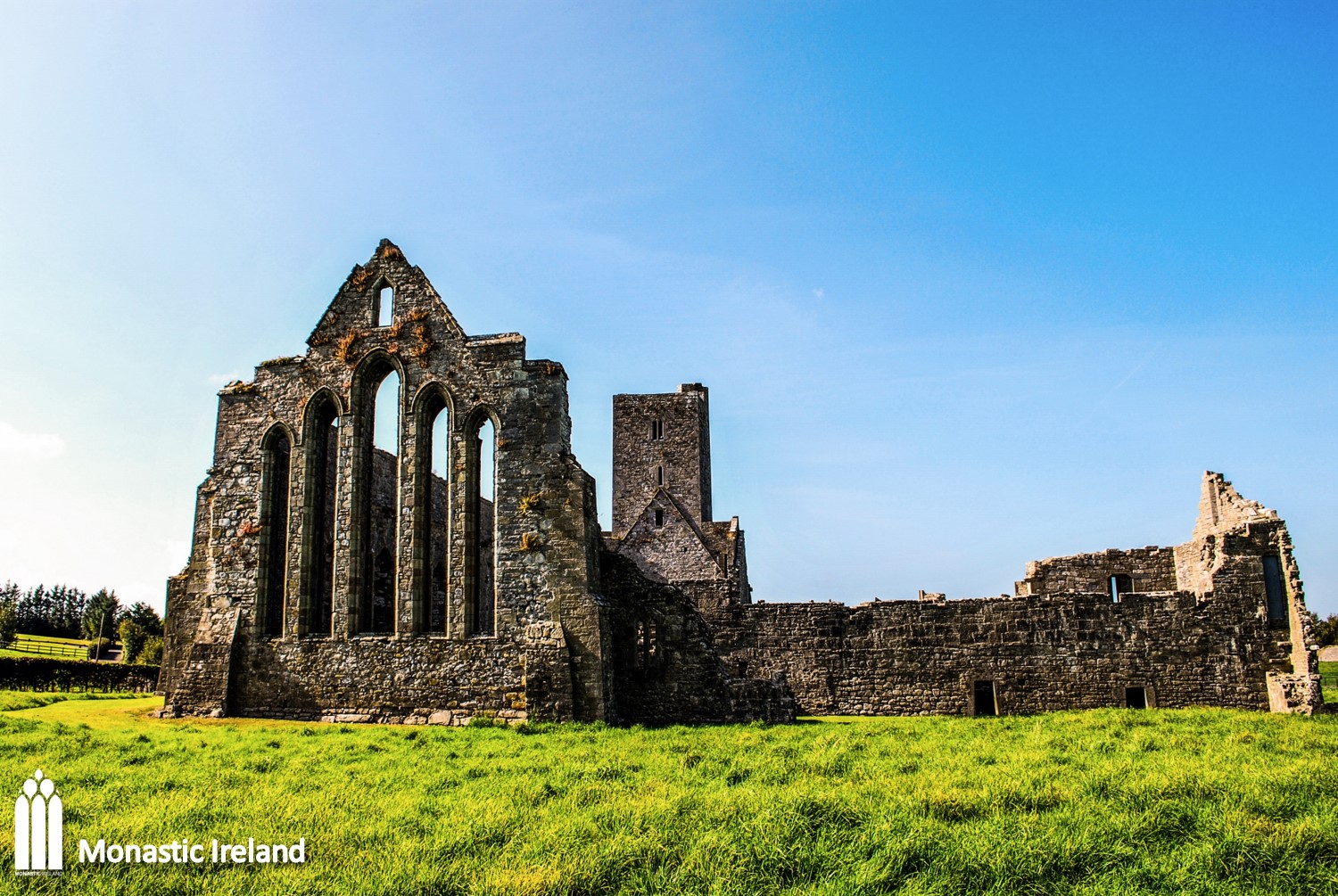 Because of the integrated design of the cloister, the lower floors of the domestic ranges were rather narrow. In the surviving east range it was not very well lit either, which suggests that perhaps the Chapter Room, which would normally have been housed there, might have been located elsewhere – perhaps in the upper floor of the range. 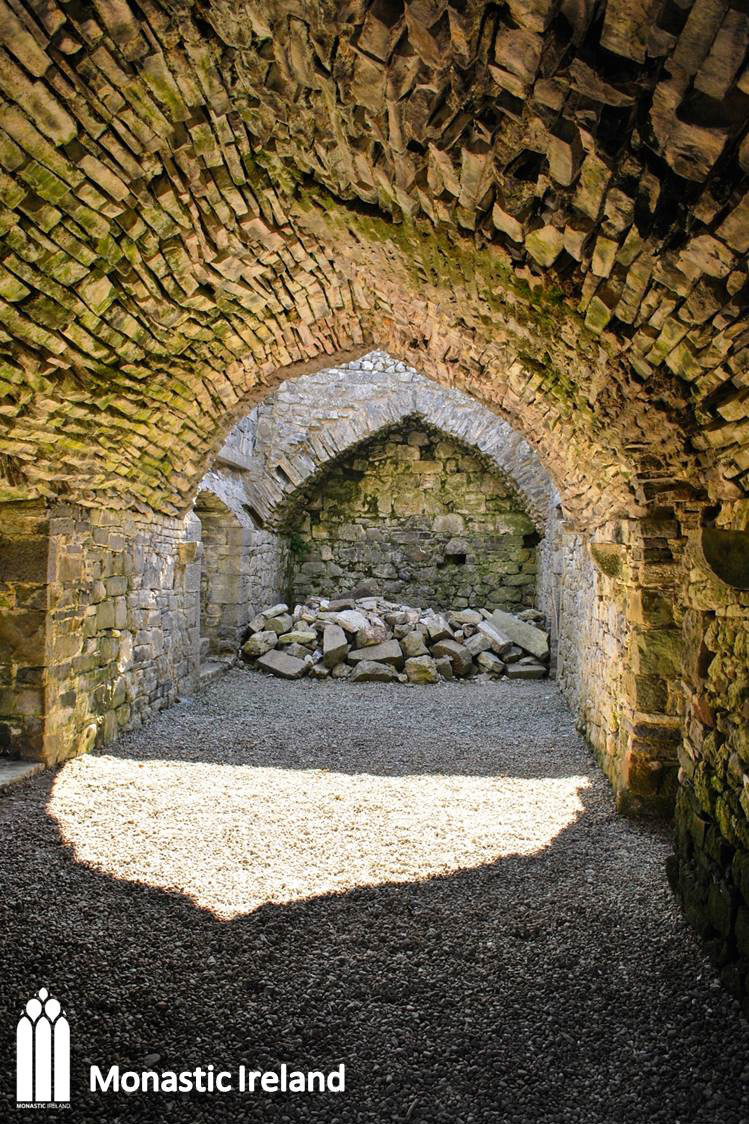 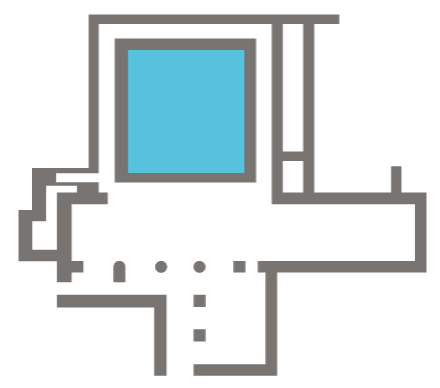 A view of the cloister garth of the friary, looking at the two sides where the arcade remains, to the east and south. On the east side the vaulted passage survives also. The cloister dates to the 15th century, and it is not known whether any stone structures existed beforehand. 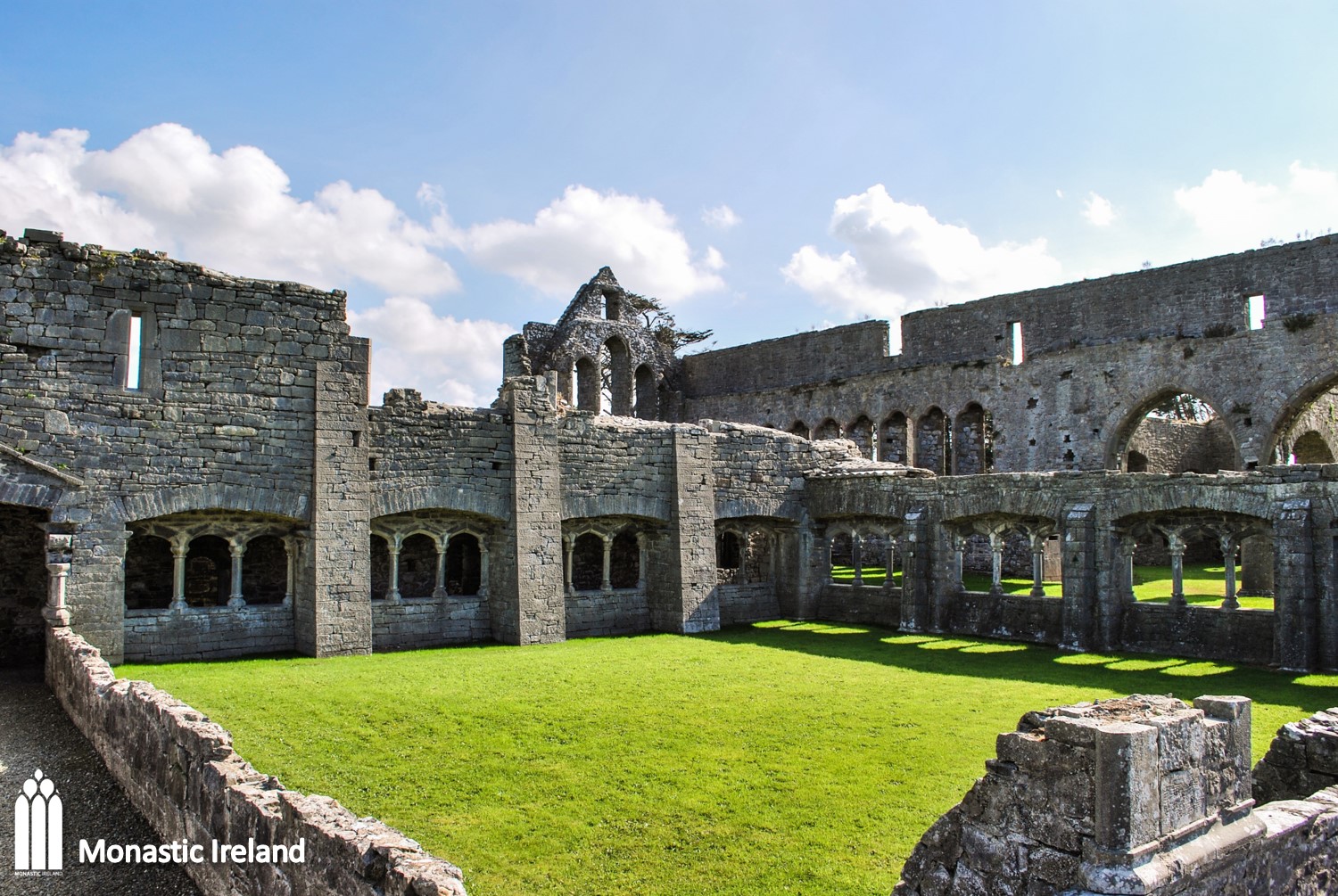 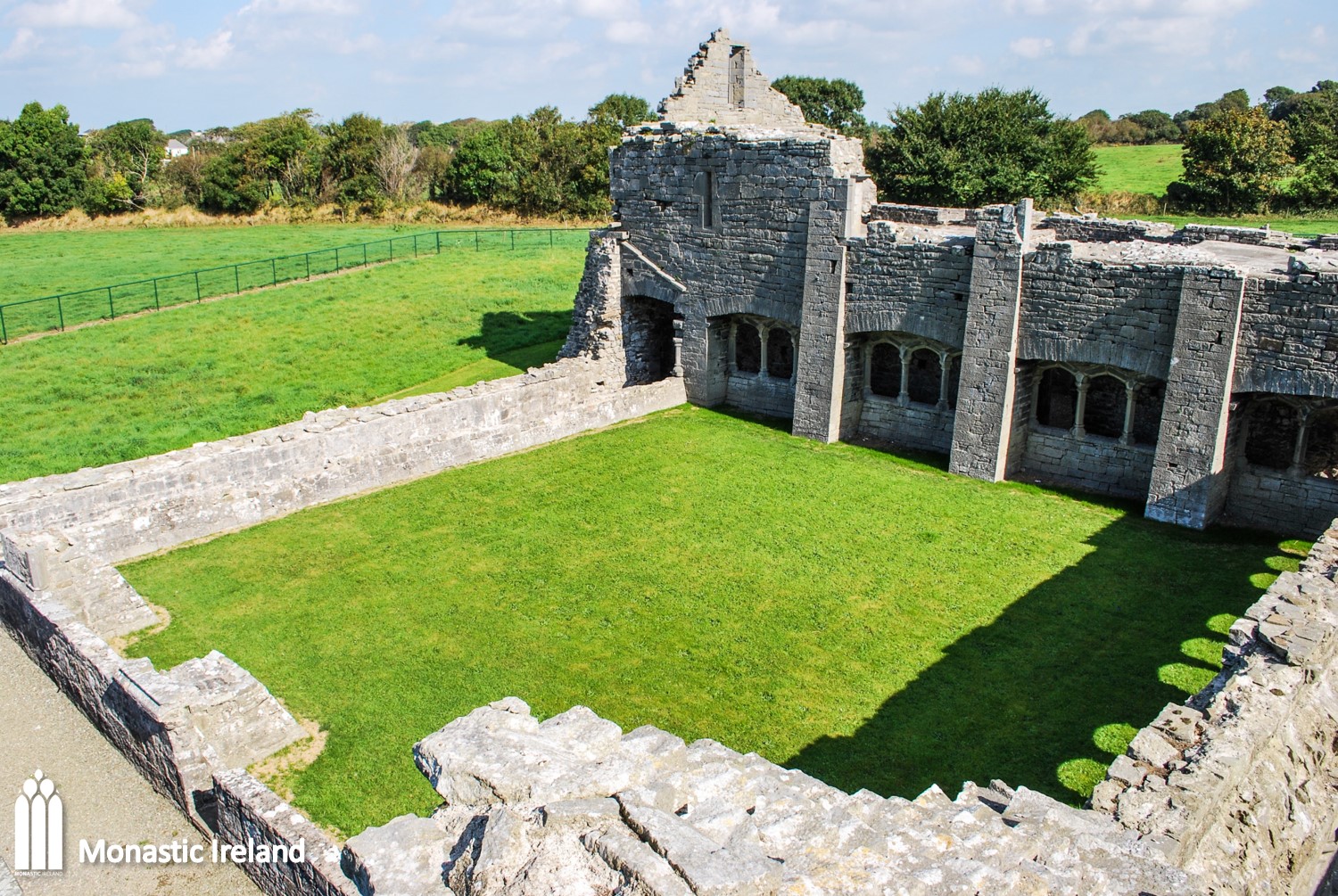 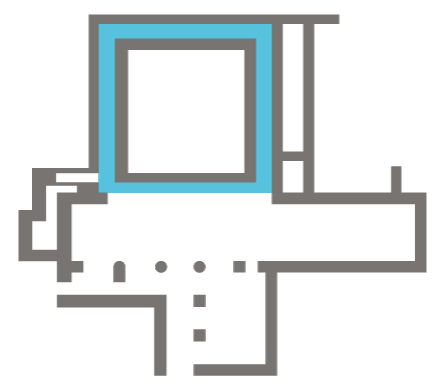 The cloister walk (or cloister alley) was the covered walkway that surrounded the cloister garth, connecting the domestic ranges to the church. It was often used as a burial place for members of the order or for important benefactors.

A view of the south side of the cloister walk. The wall to the south, which was the north wall of the nave, is almost completely gone. On this side the walk would have had a lean-to roof. This picture also offers a closer look at the design of the arcade, comprised of single octagonal columns with identical bases and capitals. 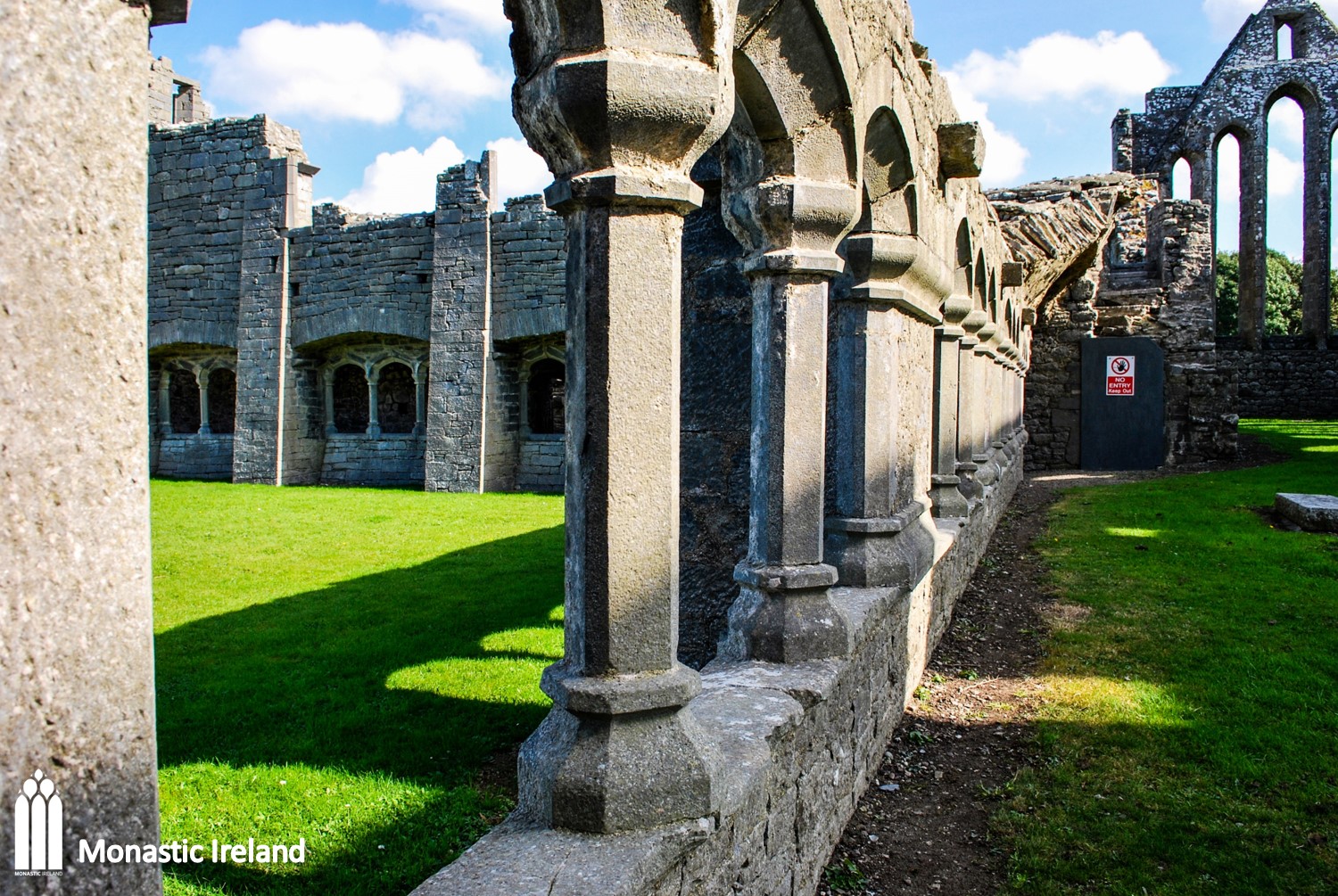 The east side of the cloister walk is the only one to survive in full, with its arcade and barrel vault. As the cloister was integrated, the upper floor of the range would have extended over the walk. 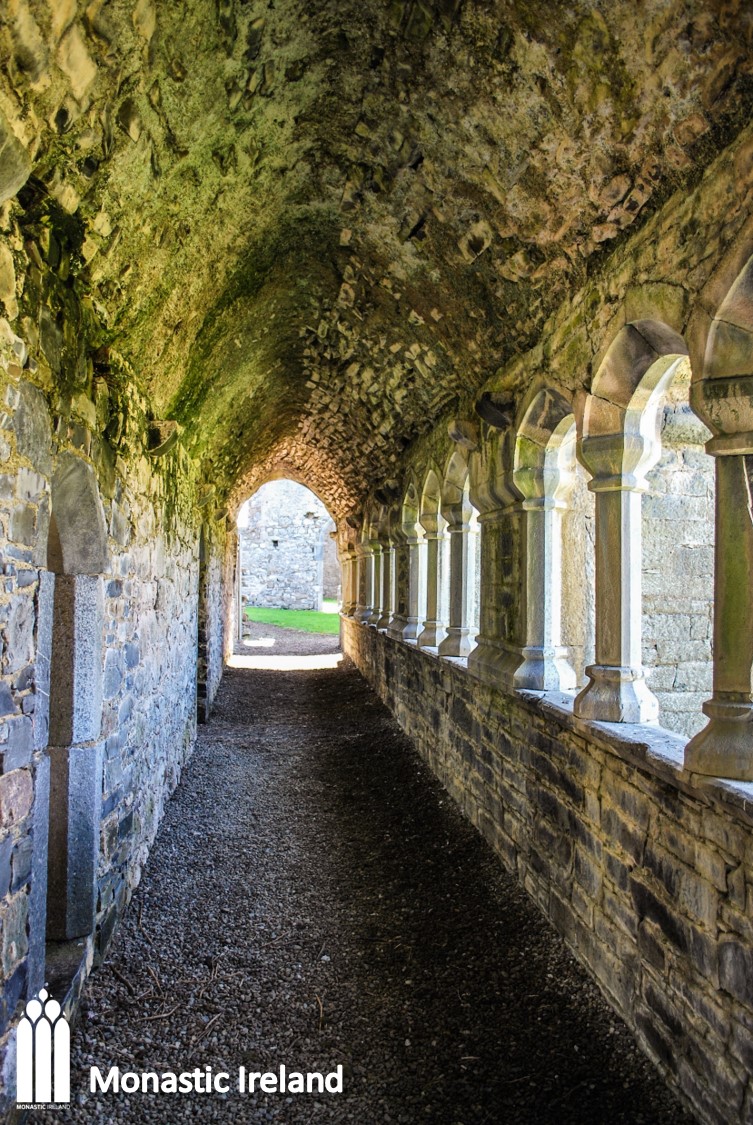 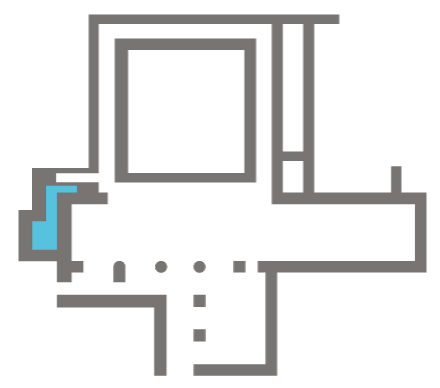 Unusually in a mendicant context, the belfry tower was built at the west end of the nave, instead of between the nave and the chancel, as is the case in most friaries. Unusual also is its design, as most Franciscan towers were slender and narrower than the width of the church. Here it is broader, and appears to have been used for accommodation as well as a belfry. 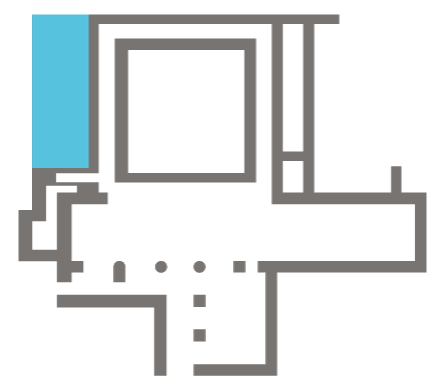 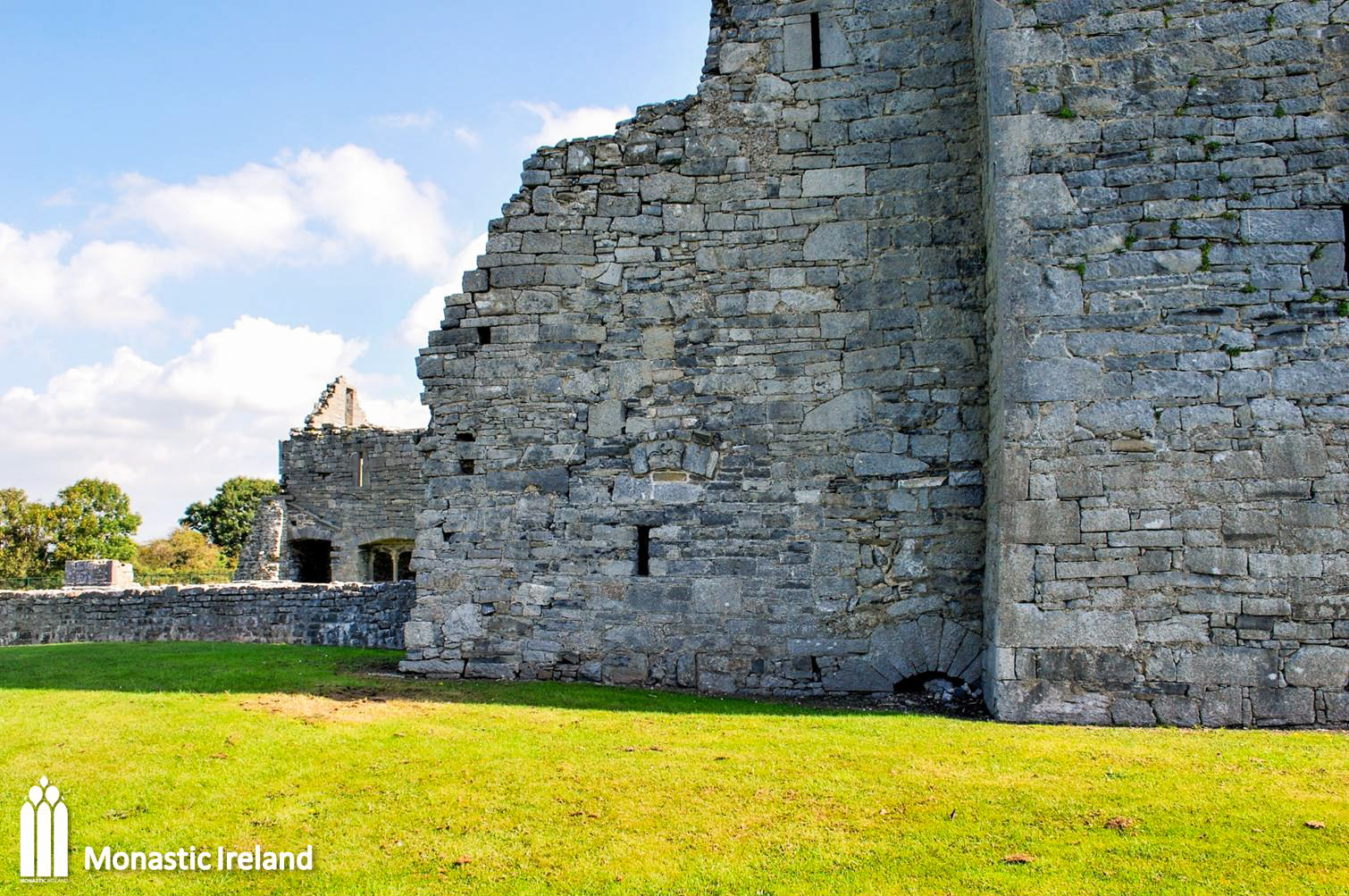