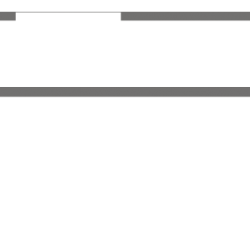 The medieval Franciscan friary of Kildare was closely connected to the once powerful Earls of Kildare.  It is not entirely clear when the Franciscan community settled in Kildare, as two dates (1254 and 1260) are mentioned in sources, as are two possible founders, William de Vesci (Vescy) (d. 1297) and the powerful FitzGerald family.  Brought to ruin in the sixteenth century, only the choir and nave of the friary church survives. The remains of the friary, which share a site with the popular Kildare Village outlet shopping centre, have recently been the object of extensive preservation and conservation work.

However, while the involvement of the FitzGeralds in the original foundation of the friary cannot be confirmed, there is no doubt they became great benefactors to the friars.  John FitzThomas (d. 1316), 4th earl Offaly, was created Earl of Kildare by Edward II in 1316. Despite having also founded the Augustinian friary in the town of Adare in Co. Limerick the very same year he was granted the earldom, John chose to be buried in the Kildare friary church, making friary the burial place of choice of this powerful family.  His son Thomas FitzJohn, 2nd earl of Kildare, was buried in the church Lady Chapel in 1328. His own son Richard, 3rd earl of Kildare, was buried beside him in the friary church in 1329.

The choice of Kildare friary as a burial place for the FitzGerald as Earls of Kildare is particularly interesting given their conflict over the lordship of Kildare. William de Vesci (d.1297), who acquired the lordship of Kildare upon the death of his mother in 1290, and was appointed Lord Justice of Ireland in the same year, became engaged in a serious dispute with John FitzThomas (d.1316), 5th lord of Offaly and later 1st earl of Kildare. Begun initially at official level through their support of rival claimants to the kingship of Connacht, it became personal as FitzThomas’ increasing power and influence threatened to undermine de Vesci, especially in the lordship of Kildare.  Things came to a head in 1294 when de Vesci challenged FitzThomas to a duel after he openly slandered the justiciar.  While the accusations were dismissed after FitzThomas failed to appear on the given day, the conflict with FitzThomas and complaints levelled against him during his time as Justiciar of Ireland resulted in de Vesci’s loss of position.  When he died in 1297, his possessions were forfeited to the Crown, and were later granted to his great rival FitzThomas as the earldom of Kildare.

This might explain the confusing information found in sources, where John’s uncle Maurice Fitzgerald is named as a joint founder with William de Vesci, even though he was long dead in 1260. Perhaps this version of events was promoted by John to give weight to his own patronage of the Kildare friars, especially as he became Earl of Kildare, and to emphasize William de Vesci’s lost authority in the area, and his own newly acquired power. It is also possible that the Maurice Fitzgerald mentioned in sources was not the 2nd Lord Offaly, but John’s cousin, also named Maurice FitzGerald. Maurice, who was childless, transferred his barony and estates to John, his nearest male relative, and John might have wished to honour his memory by posthumously associating the man responsible for his good fortune to his patronage of the mendicant foundation.

While the remains of the friary are very fragmentary, they make for a picturesque sight, worth a small detour when visiting Kildare Village. The entire length of the church survives, though only small sections of the walls stand to their original height. There are two tomb recesses on the south side of the nave, which can be speculated as having been the place of burial of some of the Fitzgeralds of Kildare, including the first earl. The Lady Chapel, where the second earl and his son were buried, is gone, but is believed to have been a single armed transept to the north of the nave. Until recently the remains had been left uncared for and the future of the already ruinous building was uncertain. However in 2014, Jimmy Deenihan TD, then Minister for Arts, Heritage and the Gaeltacht announced the allocation of funds to Kildare County Council and four other local authorities ‘for urgent conservation and preservation works to five heritage structures of national significance’, which included the remains of the Franciscan friary church. The work has been completed, and visitors are now able to visit the site and properly enjoy the view of the remains.

1254:  According to the Annals of the Four Masters, the Franciscan friary in Kildare was founded by ‘ancestors of the earls of Kildare’.

1260: According to a document in the Collection de Rebus Hibernicis, the friary was jointly founded that year by William de Vescy and Gerald FitzMaurice, Lord Offaly.

1298: Ralph de Wode was charged with maiming Joan, wife of John, son of Elias, with an axe on the feast of St Brigid.  She lost her hand, dying of her injuries five days later.  De Wode was hanged, the price of his axe (2d.) given to the Kildare Franciscan community.

1308: On the 13th April, the eve of Easter, Sir Piers (Peter) de Bermingham was buried in the friary.  Sir Piers was famous for his massacre of the O’Connors of Offaly in his castle at Carbury.

1316: John Fitz Thomas, 1st earl of Kildare was buried in the friary church.

1329:  Thomas’s son Richard was buried beside him.

1359: Joan, wife of Thomas FitzJohn and daughter of Richard de Burgh, 2nd earl of Ulster and lord of Connacht, was buried in the friary near her husband.

1520: The reform of the Observance was introduced to the friary.

30 April 1539: The guardian of the community surrendered the friary during the Dissolution of the Monasteries, which consisted of a church and belfry, a dormitory, hall, three chambers, kitchen, cemetery, two gardens, two closes containing three acres, four messuages, two cottages and 35 acres arable.

May 1539: The friary buildings were burnt during a raid by the O’Connors, with only the church and two third of the cloister surviving.

1543: Kildare Franciscan and Carmelite friaries are granted to Daniel Sutton.

1588-9: An inquisition mentions a Thomas, described as the guardian of Kildare friary, who might have been the guardian at the time of the Dissolution.

1621: The friars were re-established in the friary.

1642:  The accounts of witnesses of the 1641 rebellion, known as the 1641 Depositions, reveal that the Franciscans were well known to local Protestants. John Heuston, a Protestant man of Kildare able to name Dominic Dempsey the local guardian and several of the friars of the Kildare Franciscan community, including Brian O Goormooley.

1698: In Kildare, there were nine regular clergy, though not all Franciscan.

1712: The provincial of the Franciscan Order was in hiding in Kildare.

1731: The Franciscan community of Kildare did not endure, but wandering preachers were active in the area.

1792: A drawing by Lt. Daniel Grose reveals a decorative window tracery in the east and west windows of Kildare friary.

2014: The Franciscan friary church in Kildare was included in a conservation programme of five heritage structures of national significance which was announced by the Minister for Arts, Heritage and the Gaeltacht, Jimmy Deenihan TD.