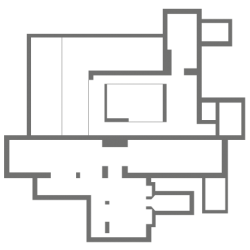 The Franciscan friary of Kilconnell lies within the territory of the O’Kellys, lords of Uí Mhaine in Eastern Connacht. It was situated close to the primary Athlone to Galway road, fifty kilometres east of Galway city on a site of an earlier church dedicated to St. Conall. The  tall slender tower of the friary dominates the relatively flat landscape around it. The friary had an unstable history during the turbulent sixteenth and seventeenth centuries and enjoyed the patronage and protection of powerful families from the fourteenth to the eighteenth centuries, both those traditionally associated with the local area and those who were forcibly moved west during the seventeenth century. The medieval friary survives in good condition, with the tombs of its many of its patrons surviving inside its ruins.

William Buí O’Kelly , son of Malachy O’Kelly  founded the friary at Kilconnell in 1353.  William was a generous benefactor of poets hosting great feasts for them and after his death in 1381, was remembered as a great patron in the Annals of the Four Masters. Other sources suggest, however, that the friary was founded in 1414 when a papal licence was granted by Pope John XXIII to the church of Killconnayanne incorrectly interpreted as a reference to Kilconnell.   The foundation date of 1414 is contradicted by the survival of a fourteenth-century tomb niche within the friary, in addition to records of liturgical vessels belonging to the friary from the late fourteenth and early fifteenth centuries.

William Buí’s grandson, William Mór O’Kelly, probably the friary’s most prominent patron, was responsible for large scale renovations to the friary in the early fifteenth century. He is commemorated with his wife, Anabelle Star on a chalice dated 1409 that is listed as belonging Kilconnell.  The chalice was an important heirloom transported to the continent with the foundation’s most precious possessions in 1654. William Mór’s son, Malachy (d.1464), is credited with introducing Observant reform to the friary in the 1460s and initiating another series of renovations. The O’Kellys maintained a close link with the friary, most evident in the Shane O’Kelly tomb of 1512 which was used by his family until 1823. The powerful local network of families, including theO’Kellys, Daly and Burkes worked to protect the friars and their possessions during the turmoil of the seventeenth century.

Its tower, nave, choir and south transept and aisle survive, in addition to large sections of the cloister.  A number of tombs survive in situ in the nave and chancel, including some very fine examples of ornamented canopied tombs.  The most interesting of which is at the north-west corner of the nave, a prominent location at the entrance to the church.  The elaborate canopied tomb features a bishop and St. Francis at the top (apex) of the tomb’s canopy, with figures of Sts John the Evangelist, Louis of Toulouse, Catherine of Alexandria, John the Baptist, James and Denis on the panel at the base of the tomb.

1380:  A ciborium was made for the Kilconnell friars by Malachy (Maolsheachlainn) O’Kelly (d.1402), lord of Uí Mhaine and son of William Buí O’Kelly.   Malachy was buried in the Cistercian house of Abbeyknockmoy with his wife, Fionnuala O’Conor in 1402 and 1403.  They were commemorated with an elaborate stone tomb in the north wall of the presbytery

1409: William Mór O’Kelly, king of Hy Many (d.1420) and his wife, Anabelle Star presented the friary with an inscribed chalice

1420:  William Mór O’Kelly, king of Hy Many, died and was buried in Kilconnell

1450-75:  A large construction programme was undertaken by Malachy O’Kelly (d.1464), which included the addition of the south aisle, transept and tower to Kilconnell friary

c.1460:  Observant reform was introduced to Kilconnell by Malachy O’Kelly

1512:  Shane O’Kelly was buried in Kilconnell.  His tomb survives in the choir of the church

1580s:  Kilconnell was used as a garrison by the forces of Sir Richard Bingham (1528-99), Chief Governor of Connacht and Thomond.  Despite his bloodthirsty reputation, he insisted that the friary not be damaged and demanded the friars ensure the preservation of the buildings

1586:  Charles Calthrope (d.1616), attorney general of Ireland, was granted a twenty-one year lease of the friary

1595:  Ludovick Briskett (d.1612), an English administrator, was granted the lease of Kilconnell friary

1596:  The royal forces of Captain Stryck held Kilconnell friary for nine months during conflict with the O’Kellys, as it was located only a few short miles from the O’Kelly strongholds of Aughrim and Callow.  Stryck allowed the friars to remain in the friary and even permitted them to continue saying mass.

1617:  The Franciscan historian Donatus Mooney observed that the convent and church of Kilconnell were “complete in all their parts, the glass in the windows unbroken, the ceiling uninjured and the paintings in good condition.”

1649:  Archbishop Rinuccini, the Papal Nuncio, stayed in the friary while travelling from Kilkenny to Galway

1654:  The friars of Kilconnell arranged for Brian O’Flaherty to transport their most valuable objects, including altar plate associated with the medieval O’Kellys, to their safe house in Louvain, in modern Belgium

1686: Kilconnell friary underwent repair during the early years of the reign of the Catholic king of England, James II

1687:  Owing to the improved security in Ireland during the reign of the Catholic James II, the friars of Kilconnell sought the return of the valuable possessions that had been sent to Louvain for safe keeping in 1654

1689:  Community drew up an inventory of all their valuable possessions in the year of the invasion of Ireland by the forces of the Protestant king William III

1698:  In response to the Bishops’ Banishment Act of 1697 which demanded the exile of all bishops and regular clergy such as the friars, each house of the Franciscan order in Ireland drew up an inventory of their possession and how they were to be disposed of or placed into safe keeping.  The Kilconnell inventory lists twenty-six chalices in their possession at this time

1709:  Sir Thomas Molyneux (1661 – 1733), antiquarian and physician, observed the good repair of Kilconnell friary, within which some of “the woodwork, the wainscot, and ordinary painting … remains”.  He wrote (rather fancifully) that the friary was surrounded by the skulls of those who had died at the battle of Aughrim in 1691, suggesting as many as 50,000 skulls in total.  He also recorded that two very old friars, blind with age, lived in a poor cabin on a nearby island.

1784: The antiquarian John O’Donovan recorded in his Ordnance Survey of Ireland that the friars of Kilconnell had lived in cottages on Moin na-mbrathair (Friar’s Bog) in the townland of Ellagh, near Kilconnell.  They had fled their friary after the Battle of Aughrim in 1691 and settled in these cottages until 1784.

1838: A bell, possibly once belonging to the friary, weighing one and a half cwts. was found in the Friars’ Bog (Moin na-mbrathair) in the townland of Ellagh, near Kilconnell.